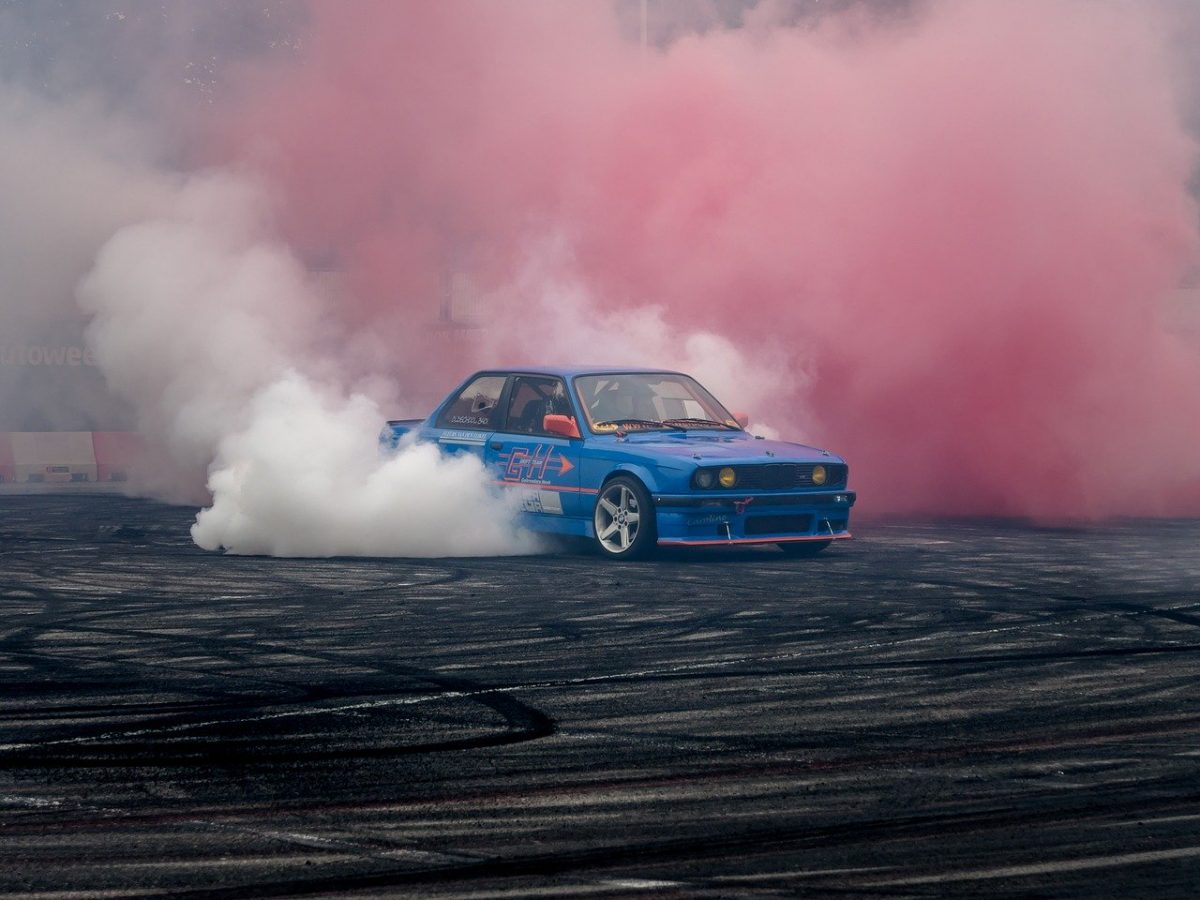 Tron was observed to have hit a strong zone of resistance, before being rejected and pushed to the downside, at the time of writing. In fact, such bearish momentum appeared likely to continue for TRX. At a time when Ethereum was increasingly being criticized for high Gas fees and a congested network, it could have been Tron’s moment to shine, but things didn’t pan out that way at all.

Further down the charts, Synthetix continued making lower highs in its downtrend while VeChain broke out upwards after a few days of relative calm. 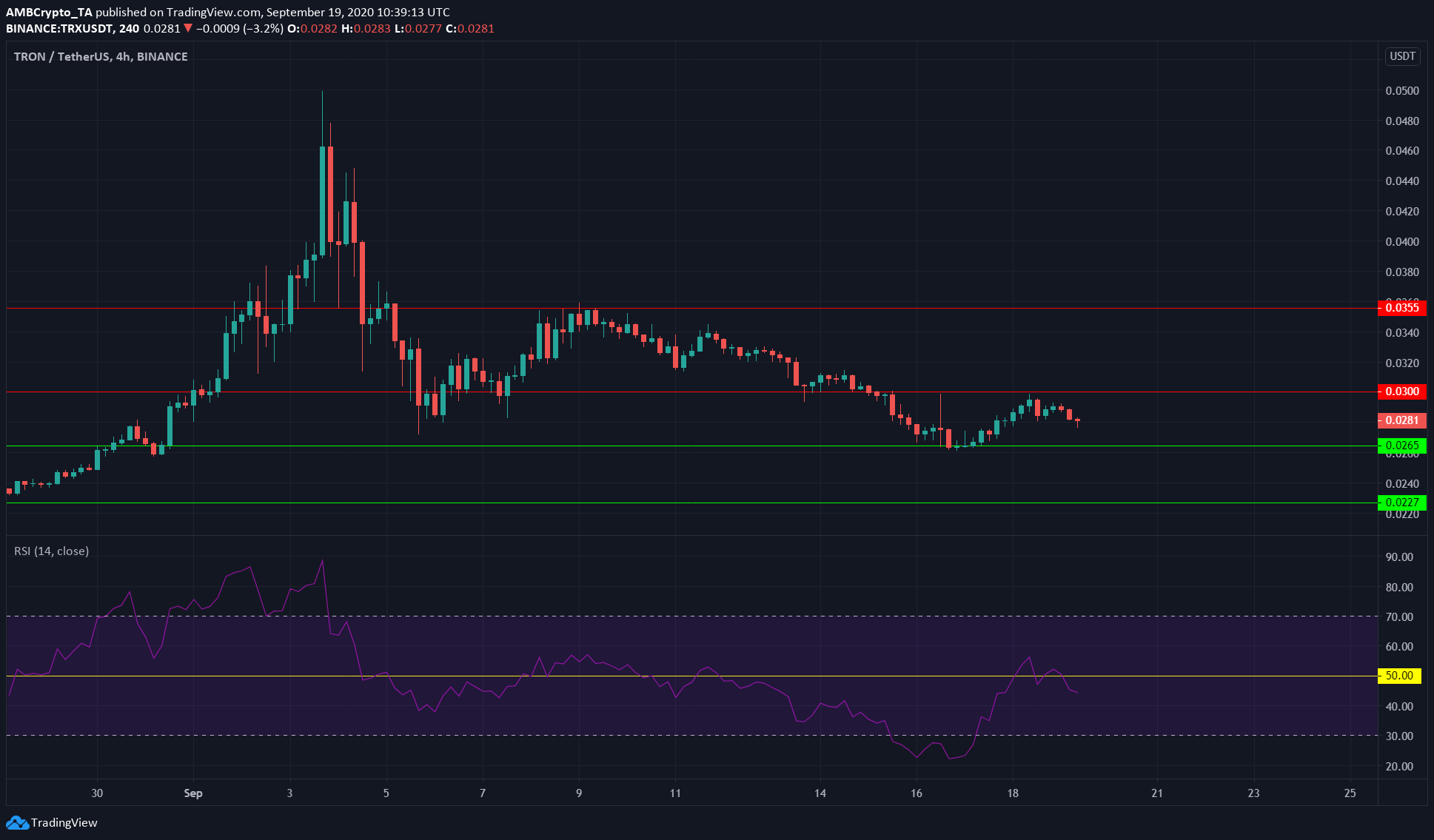 TRX was seeing oversold conditions a few days ago when its RSI hit a low of 23, before ascending just past 50. However, the RSI was unable to remain above 50, and its drop beneath the level highlighted the fact that TRX’s recent 12% surge from $0.263 to $0.296 was merely a bounce.

TRX found a zone of strong resistance at $0.3 and looked likely to drop towards the support at $0.265.

Interestingly, a recent Reddit post has raised questions about JustSwap’s vetting process, claiming that the Tron Foundation has whitelisted a DeFi project that has since pulled a $2 million exit scam. This, despite DappRadar listing the project as “high-risk.” 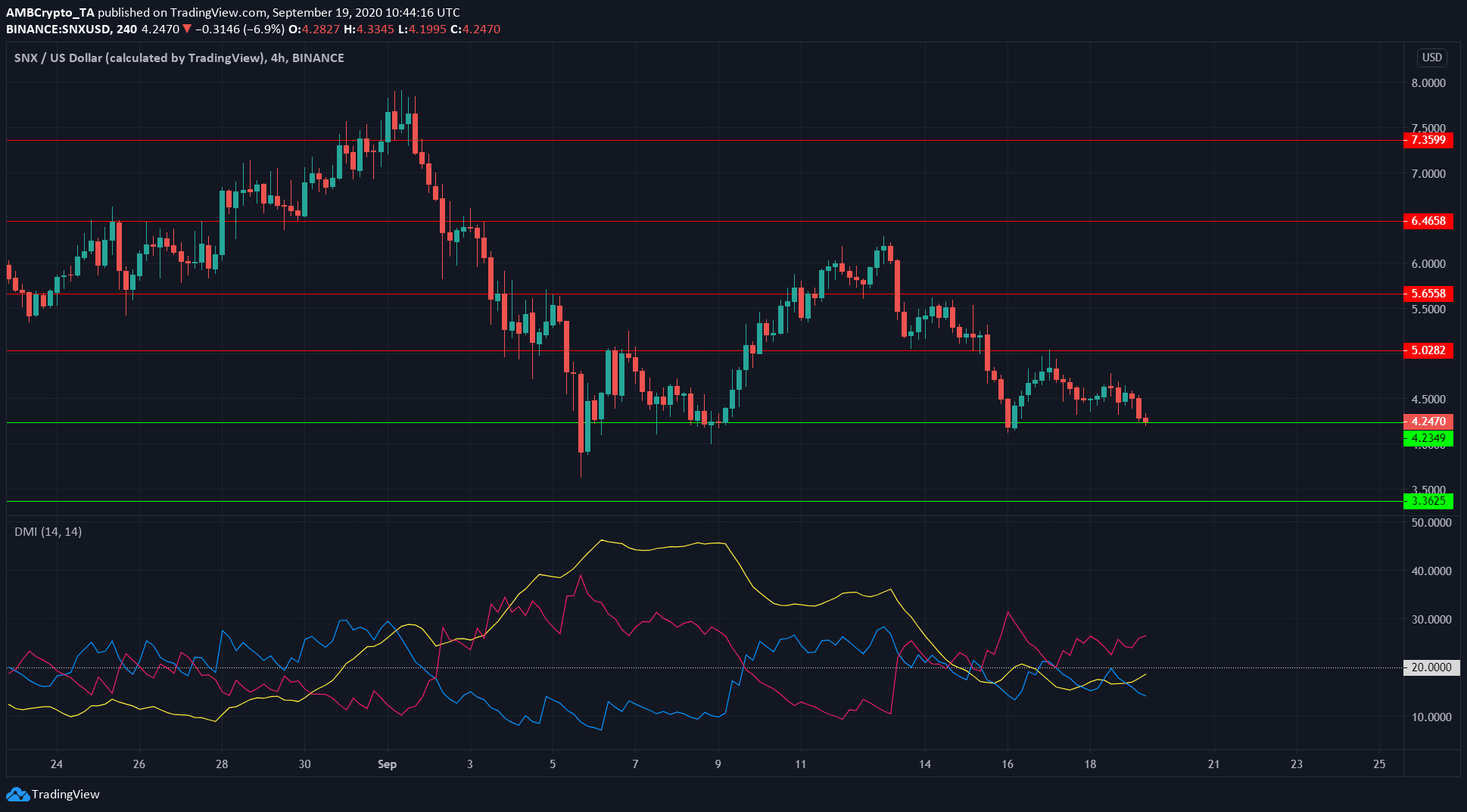 Synthetix underlined the possibility of dropping lower on the charts. The Directional Movement Index did not yet show a strong trend, but ADX (yellow) was inching towards 20 and could move further north. Also, the rising -DMI (pink) denoted a bearish trend.

Over the past week, every SNX bounce off the level of support has been overwhelmed by selling pressure. This can be expected to continue. With the price registering lower highs, the way down remained the path of least resistance for SNX. 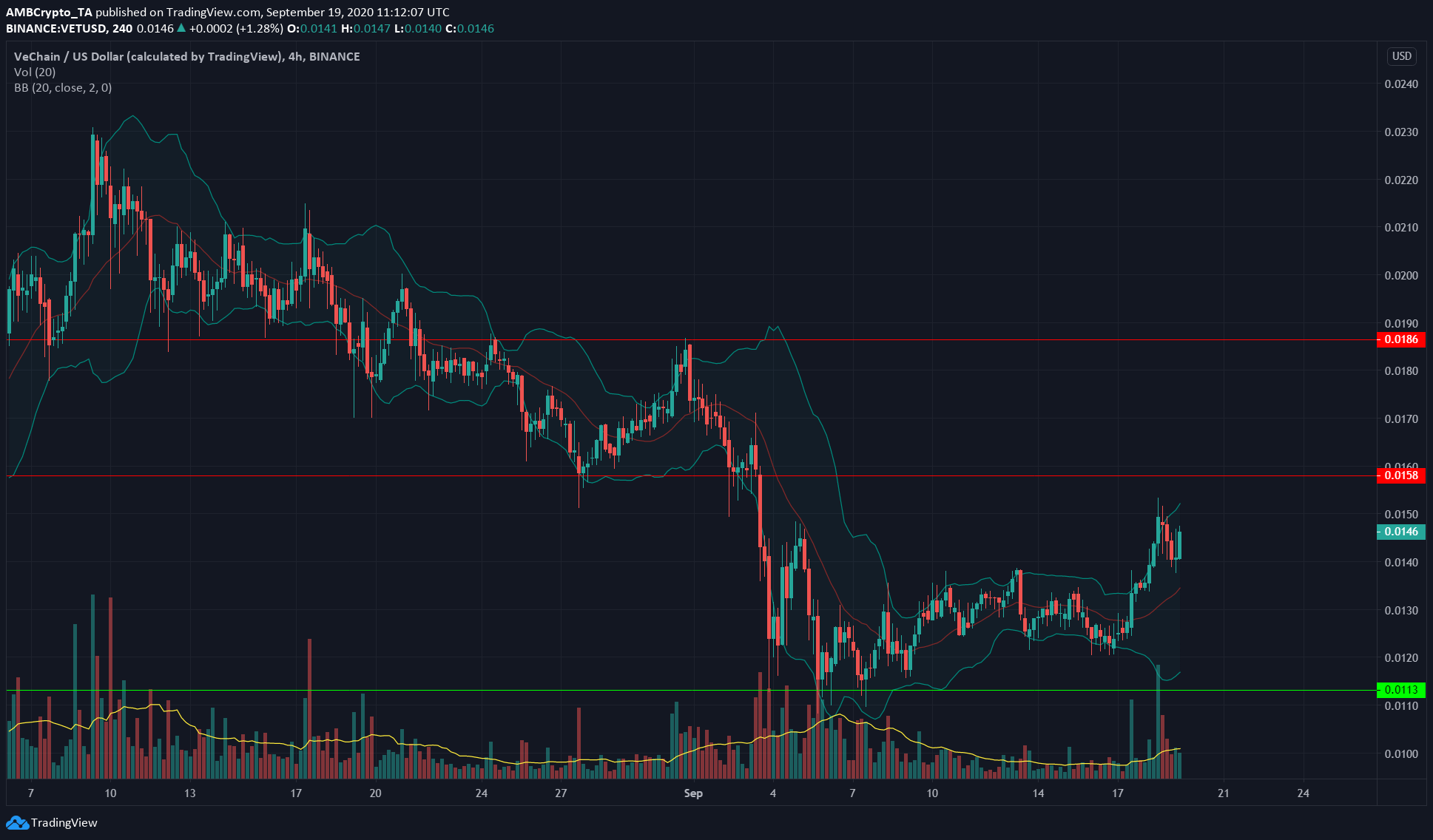 VeChain showed bullishness in the market after a period of consolidation. The Bollinger Bands expanded to indicate heightened volatility, while the price broke out towards the upper band. At the time of writing, the price was staying above the 20-period moving average, a moving average that could be tested as support as VET steadily climbs toward its resistance around the $0.158 zone.

The breakout was also accompanied by high trading volumes, legitimizing the breakout.

Brace for it – Bitcoin Futures may be nearing a tipping point