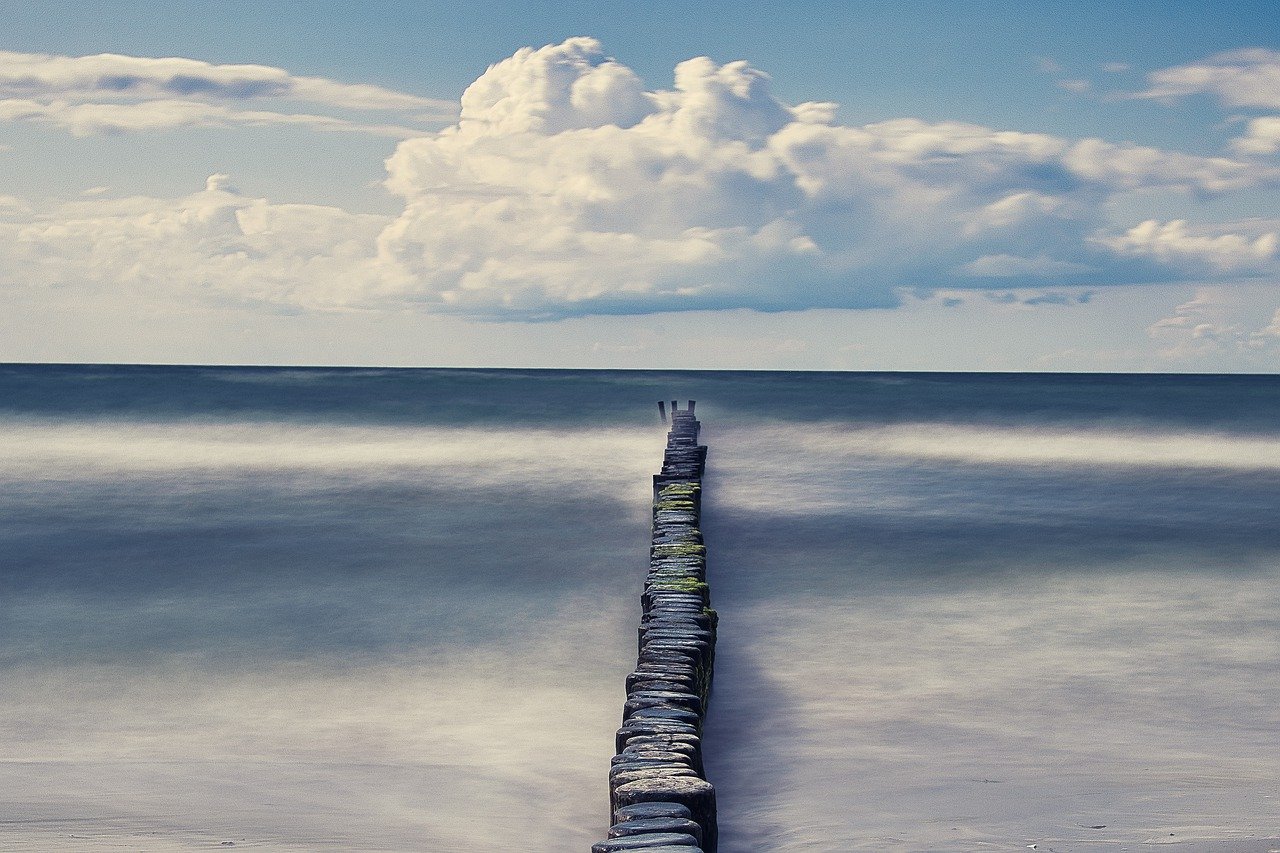 If Bitcoin does trade above its $10,680-level again, altcoins like Tron, Cosmos, and Compound will be more likely to note some price recoveries of their own. However, with Bitcoin still attempting to regain some momentum at press time, altcoins were continuing to trade within tight ranges.

Tron and Compound’s prices were seen oscillating between their support and resistance levels. Further down the crypto-ladder, selling pressure and the ensuing bearishness in the Cosmos market pushed ATOM below a key support level. 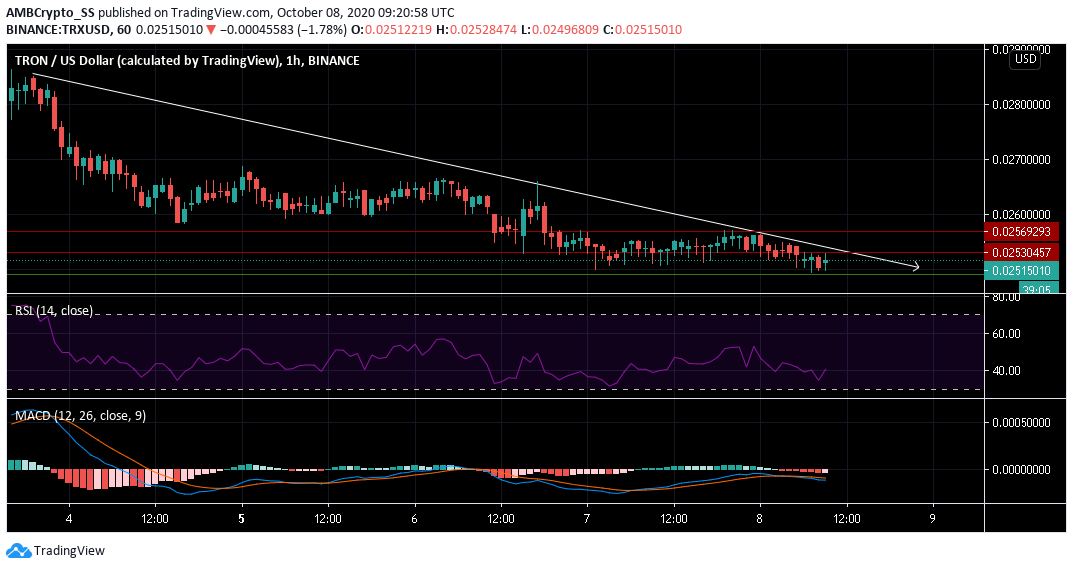 Tron continued to trend bearish after it broke out yesterday below its $0.0256 resistance level. However, this corresponded with a rise above 40 on the Relative Strength Index (RSI).

This hinted at falling selling pressure, a development that might keep the cryptocurrency’s price above its immediate support of $0.025. The MACD, on the other hand, gave a sell signal, with bearish momentum visible in the short term.

It should be noted, however, that both the RSI and MACD were unable to give very strong sell signals and the trend could reverse itself in the coming days.

In a recent tweet, Tron had announced that MXC had launched a new TRXUSDT perpetual contract, available to users both on the MXC app and the website. 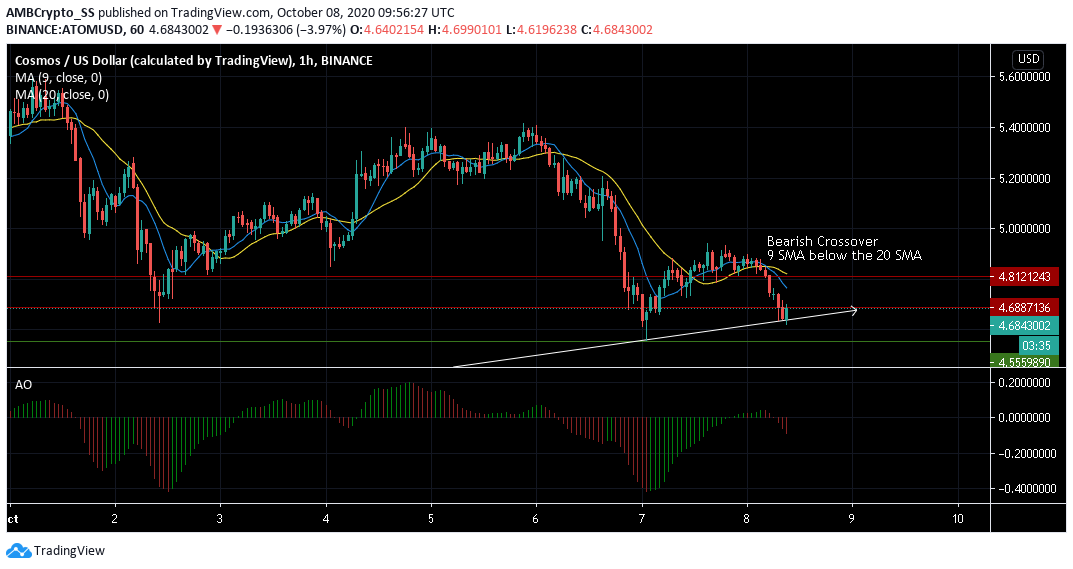 At the time of writing, Cosmos was trading delicately above its trendline around the $ 4.684-level.

The price was also re-testing the resistance at $4.688 as buyers tried to regain their strength around that level. Furthermore, the selling sentiment continued as the 9-day Simple Moving Average (SMA) was below the 20 SMA and pointed to a bearish crossover over the day.

From a technical perspective, ATOM, in its upcoming trading sessions, may witness price constriction between its immediate support and resistance levels of $4.555 and $4.688 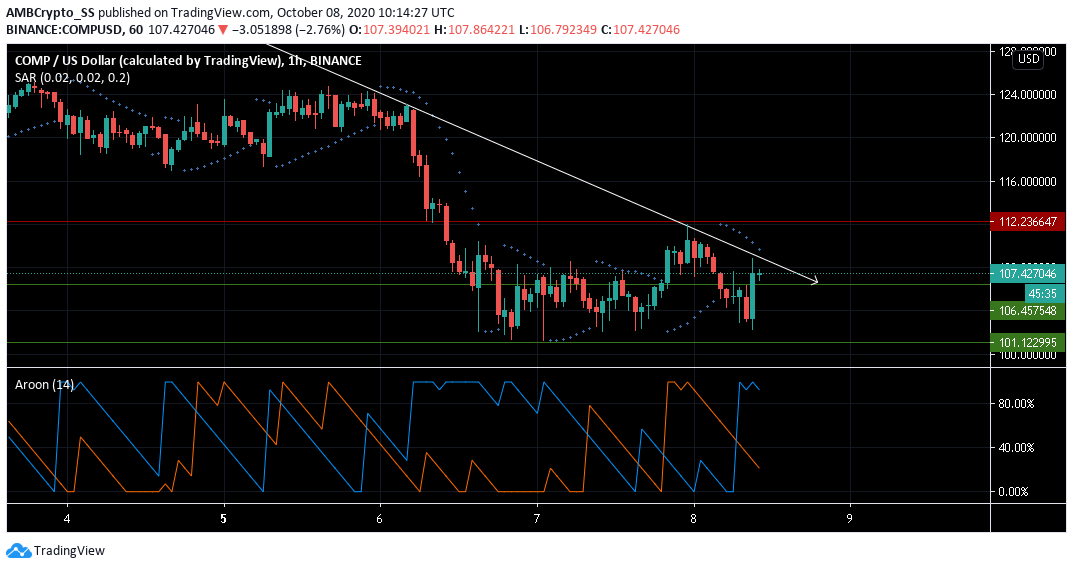 After noting increasingly high selling pressure, Compound witnessed a bounceback in its price in the last 24-hours. In fact, the digital asset climbed above its resistance turned support level at $106.45

At press time, Compound was trading at $107.42, a level at the confluence of the trendline and its immediate support level. The bearishness in the digital asset was also evident from the Aroon Indicator.

In a bearish crossover, the Aroon down (Blue) moved above the Aroon up (orange).

The placement of the dotted markers of the Parabolic SAR above the candles suggested a downtrend. Therefore, a re-test of the support at $106.45 could be an indication of the price going down further in the next few days.