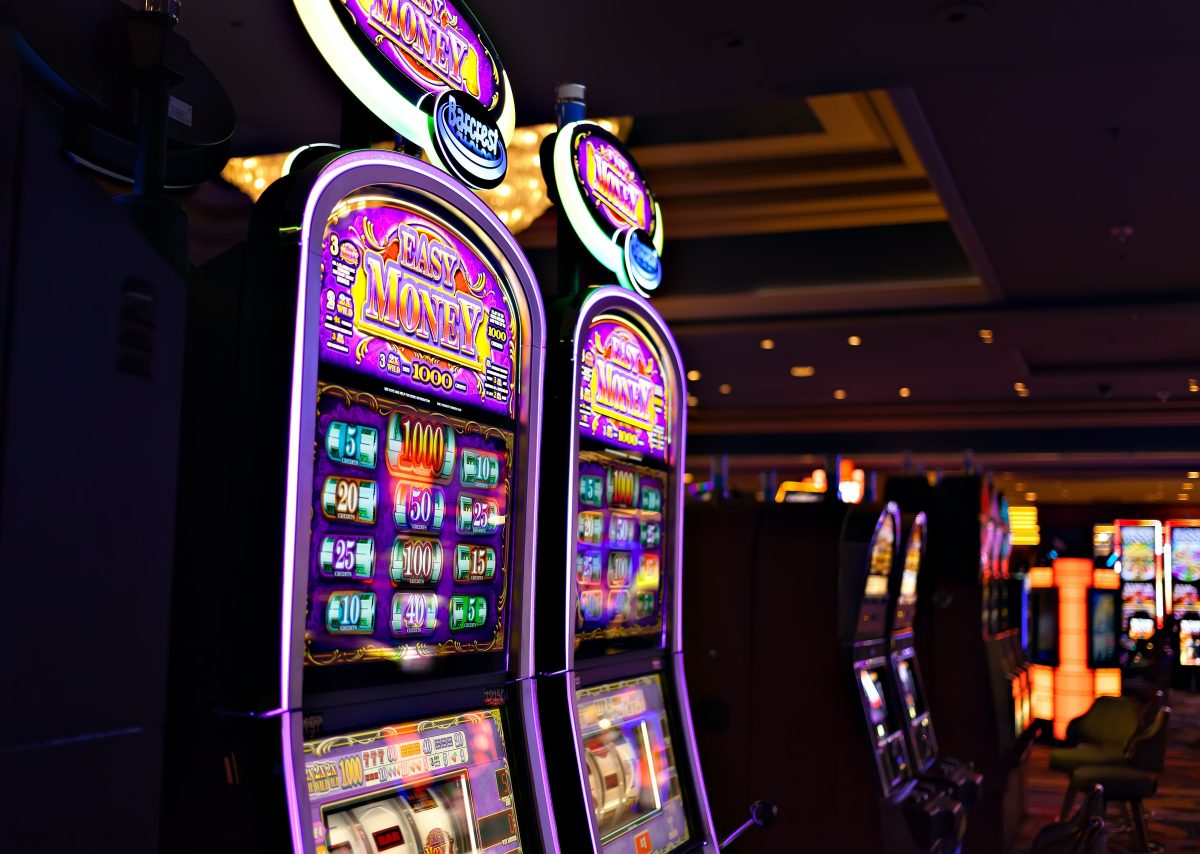 80% of institutional investors believe that the recent Coronavirus-led quantitative easing policies adopted by Central Banks and governments could lead to a rise in inflation. In the next five years, most institutions would turn to Bitcoin to hedge against currency devaluation.

Based on Evertas’s recent research report on institutional investment in crypto, between now and 2025, 90% expect institutional investors to invest more in crypto assets like Bitcoin, and 80% expect retail investors to do the same. Square’s latest purchase of $50 Million worth of Bitcoin straight out of their balance sheet, confirms Evertas’s survey results. The first institution to lead the way is MicroStrategy, with its $500 Million investment in Bitcoin. Founder of Heisenberg Cap, Max Keiser commented on the FOMO of institutions in his recent tweet. 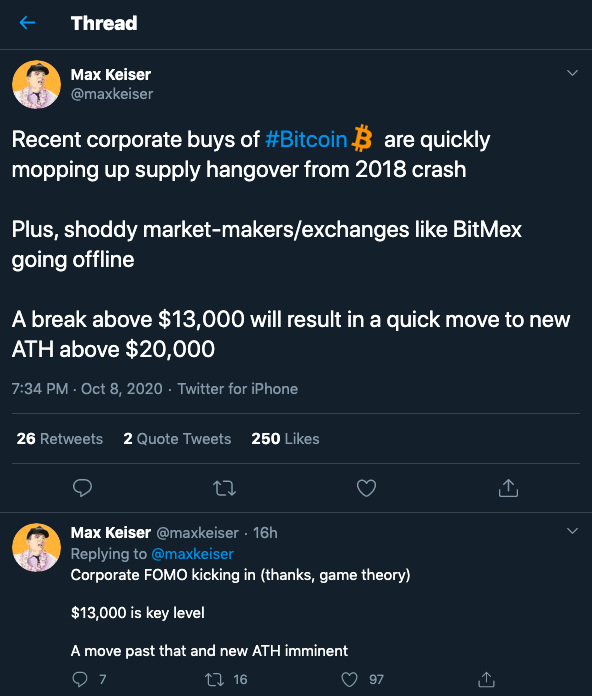 Applying Game Theory to these noteworthy developments, the motivation of institutions, and the impact on Bitcoin’s price and volatility becomes clearer. The key to game theory is that one player’s payoff is contingent on the strategy implemented by the other player. Square’s move comes after MicroStrategy’s Michael Saylor was applauded and made headlines. Peers are reacting to MicroStrategy’s move, however, once over 60% of institutions in the industry are invested in Bitcoin, Nash Equilibrium may be reached.

Basically, Nash is the stage where institutions have “no regrets”, however with an increased flow of USD in Bitcoin, market capitalization will possibly increase and trade volume on derivatives and spot exchanges will go up proportionately. But the flip side of Nash equilibrium is a no-loss no-win scenario. Currently, Bitcoin is an asymmetric bet due to its volatility. 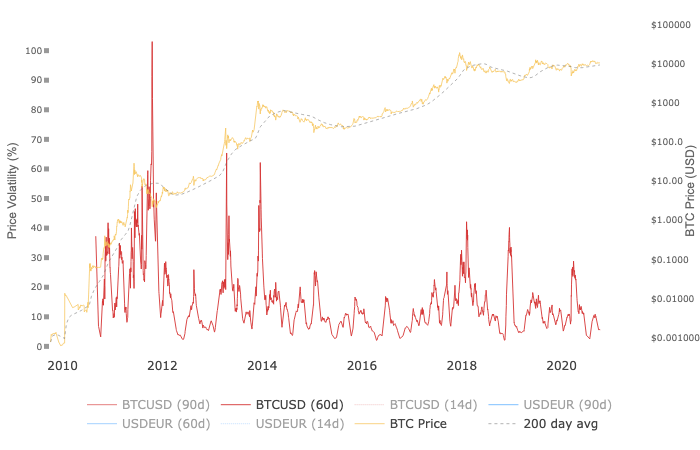 Bitcoin’s volatility is the top driver of its profitability. Volatility is responsible for Bitcoin ranking first in assets that deliver high ROI. However, when a Nash Equilibrium is reached, in other words when a large number of institutions buy Bitcoin and invest, volatility may become more seasonal. Currently, Bitcoin’s volatility depends on phases in the market cycle. However, a Nash Equilibrium may lead to investor’s betting against each other in a competitive market and this can both create and destroy value for individual investors. As a result, it is important that retail traders watch these movements and signals, to find out where Bitcoin’s price is headed.

Back in 2013, Michael Saylor tweeted that Bitcoin’s days are numbered.

However, Bitcoin is now the primary asset for MicroStrategy’s treasury and he did a 180 on his stance within 7 years. In these 7 years, Bitcoin’s ROI is upwards of 9000%. At the current stage, institutional investors like MicroStrategy are entering and this entry of smart money in Bitcoin may possibly increase much-needed inflow on spot exchanges. To understand its impact on Bitcoin’s price, here’s Bitcoin’s volume and price data for the past 5 Years.

Though trade volume is not exactly correlated with price, a trend has emerged in the past two years and volume has sustained above $9.5 Billion, as per data from Bitcoinity. The corresponding price is in the range of $7.29-$10.5k. For Bitcoin’s price to break above the $10.5k level, trade volume needs an increase of 2 to 3 times. This can be achieved through institutional investment from more firms like MicroStrategy and Square.

Reaching Nash Equilibrium may require an inflow of over $30 Billion from various institutions, and this is achievable over the next five years. Until then, the game is on and the domino effect continues. The overall trader sentiment based on CoinMarketCap’s on-chain metrics is neutral, however, it may be decimated by bullish sentiment every time smart money flows into Bitcoin.