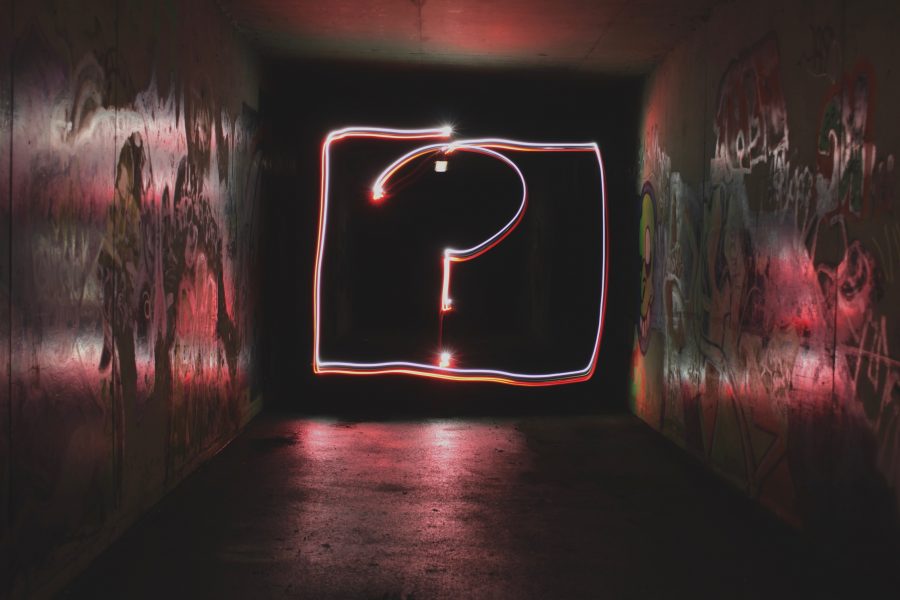 Bitcoin has once again lived up to its name. All throughout 2020, Bitcoin has seen significant volatility levels, especially since February after the early-2020 bullish momentum stalled. According to data from BitPremier, the 30-Day BTC/USD Volatility rose from around 2.2 percent to 3.2 percent, at press time. 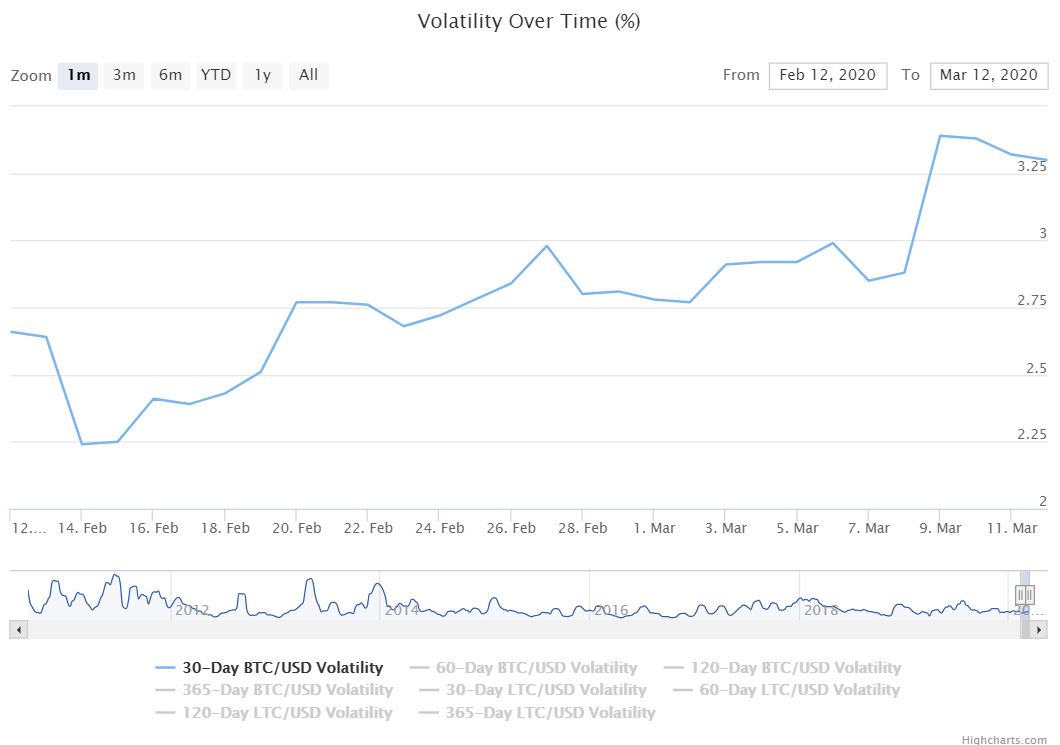 While the price of Bitcoin seemed like it was consolidating just below the $8000 mark, the day saw a massive price drop that happened in less than an hour’s time. The king coin’s volatility was on display as the price of BTC fell from $7360 to $5578 in an hour’s time, registering a 25 percent devaluation.

Interestingly, while the price of Bitcoin plummeted, the price of Tether (USDT) saw a stark increase. Demand grew for the on-ramp as traders tried to capitalize on Bitcoin’s downward movement. According to market data from skew, Tether’s price in terms of the US dollar recorded incredible volatility. The variation and especially, the increase in Tether’s price could be seen as an indicator of increased trading activity as traders saw the price movement as an ideal time to buy into Bitcoin, with many hoping for a price reversal. 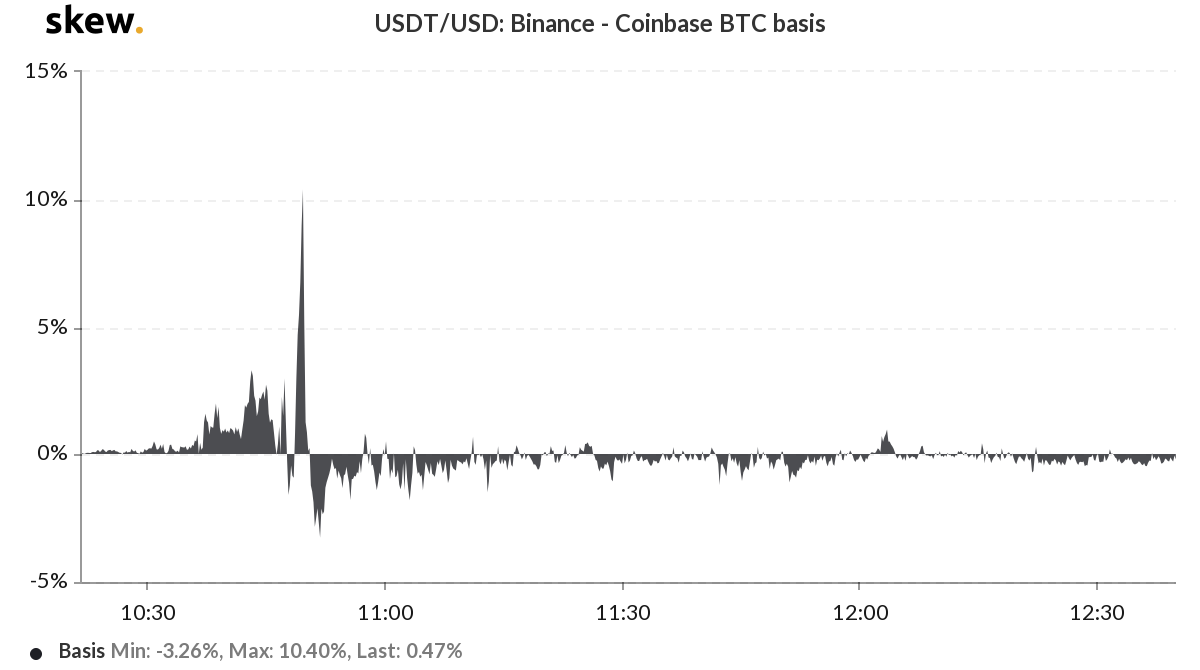 The Main USD-Backed stablecoins chart on skew also saw increasing demand as the price of USDT recorded a new high. Other USD-backed stablecoins such as USDC and BUSD also surged around the same time. 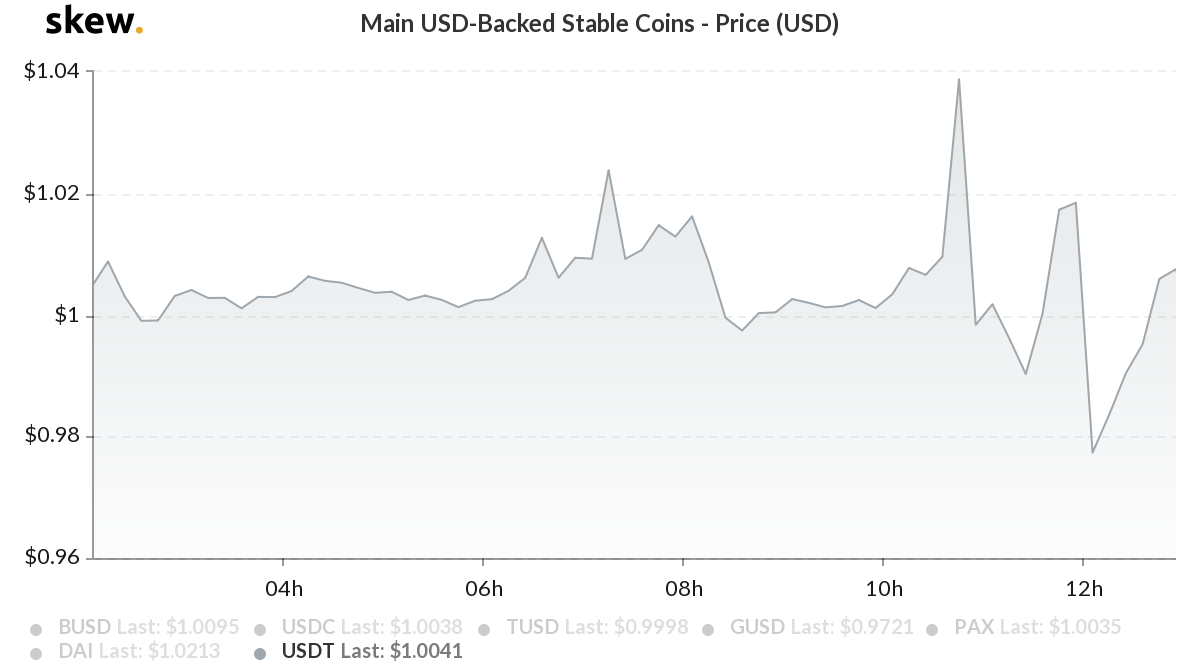 Many have speculated that increasing cases of Tether issuance is responsible for such volatility in Bitcoin’s market.

Leading up to Bitcoin’s price drop today, over 60 million USDT had been minted, according to cryptocurrency transaction tracker Whale Alert. While there is no real correlation between Bitcoin’s price movement and USDT‘s, there are always movements in Bitcoin’s price whenever there are developments within USDT.

In fact, according to a previous research report, 6 out of the 9 times Tether was printed in 2019, Bitcoin recorded a positive response over 77 percent of the time. While today’s event didn’t necessarily fit into the narrative, the fact that Tether was minted and Bitcoin experienced a drastic drop does raise some eyebrows.

Bitcoin, a decent, but not a full hedge: Fundstrat’s Lee