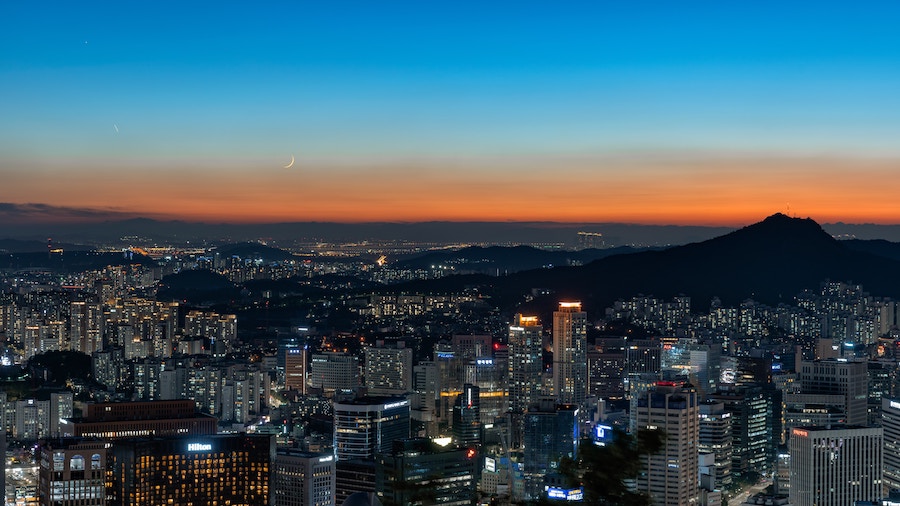 South Korea, the home of Samsung Electronics, is all set to build on its foundations in the blockchain technology space. Last month, the country’s government announced that its second-most populous city, Busan, would be a regulation-free zone for the development of blockchain technology.

Ironically, the country that has made it a law to use only Internet Explorer for shopping and banking is moving ahead in terms of leveraging blockchain technology for almost everything ranging from finance to public safety. According to reports, these projects are going to be managed by banks, FinTech firms and startups. However, it was clearly laid out that the regulation-free zone would not not apply to initial coin offerings and tokenization.

Now, four major banks in South Korea have decided to form an alliance to further drive the country’s footing in the blockchain sphere. The banks in question are KB Kookmin Bank, Shinhan Bank, Woori Bank, and KEB Hana Bank. Even the Industrial Bank of Korea, a bank owned by the South Korean government, will be part of this alliance. The alliance will be formed between these banks and blockchain companies under the ‘Technology-Service Alliance,’ according to a local news portal. The report also stated that commercial banks have started to either form alliance or invest in blockchain firms as means for “new business opportunities.”

Additionally, this is not the first time that Korean banks have stepped in to promote innovation. Previously, KB Kookmin Bank signed a Memorandum of Understanding with Atomrigs Lab, a blockchain technology firm. The main agenda of this MoU is to enable the growth of new businesses in the cryptocurrency space, and also study the benefits of smart contracts application.

Apart from the alliance, the country has also started to make a move in terms of regulating the cryptocurrency space. According to Investor, South Korean exchanges have started to take necessary measure in order to abide by the guidelines set by the Financial Action Task Force in order to curb the use of cryptocurrencies for illicit activities. Further, the Korea Blockchain Association will be supervising the implementation of these guidelines.