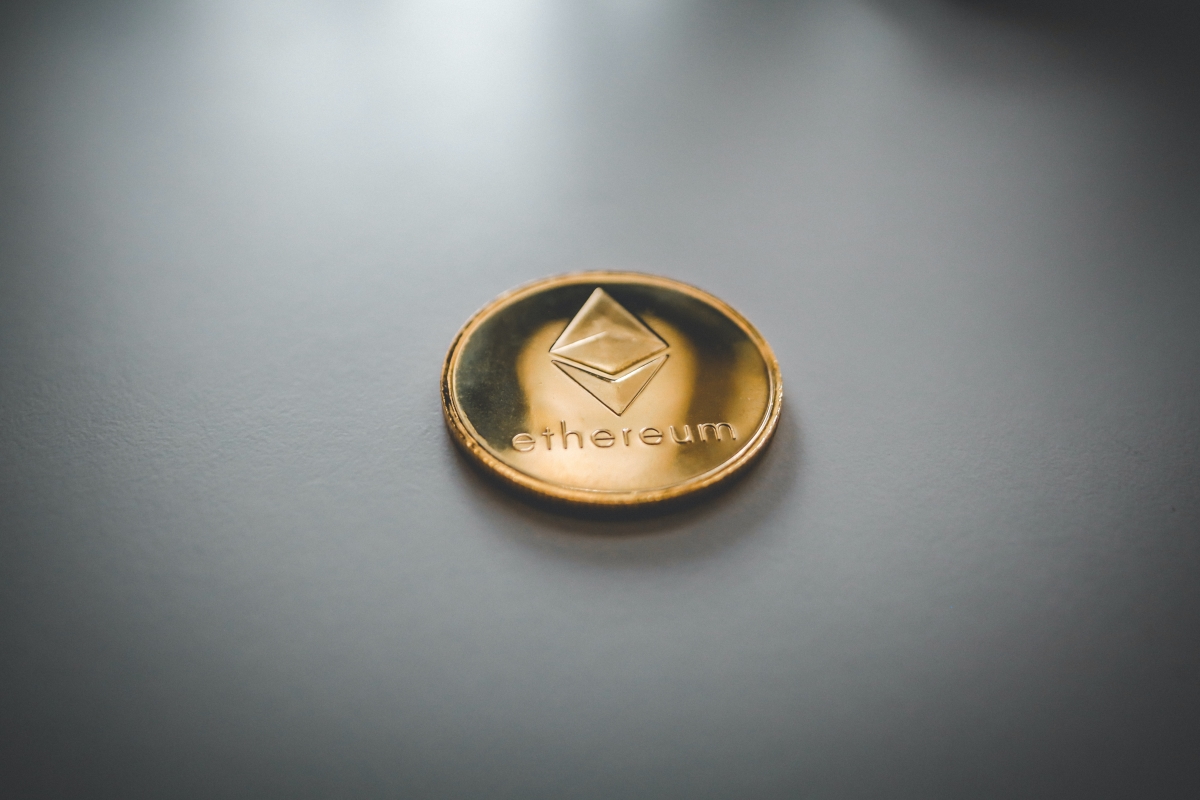 Ethereum has been carrying the burden of weak, yet vital, fundamentals for the majority of August. With its value performing exceptionally in the market, most people are overlooking the fact that this was largely possible only due to the involvement of DeFi, and not ETH interest or adoption. Santiment’s latest tweets, however, have re-stated a previous fact once again. 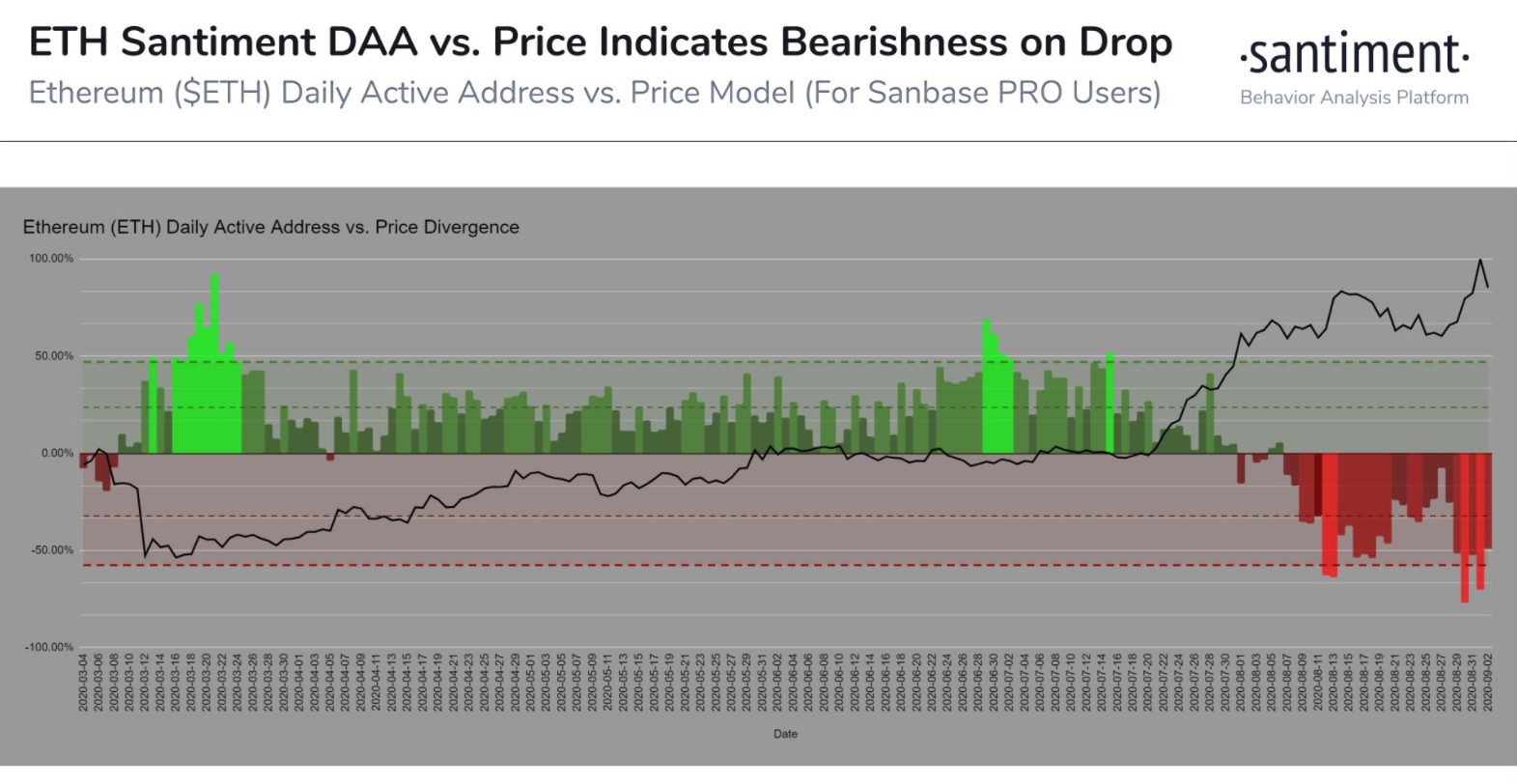 As discussed previously, daily active addresses signifying unique entities in Ethereum‘s ecosystem have enjoyed major price divergence for the entirety of August. These developments have basically meant that the level of activity over the month was short-sided, rather than a true value explosion.

However, we may be reaching a period following which, it may not matter anymore.

Ethereum to rally – Supported by Sentiment, not fundamentals

Previously, when Ethereum fees had dropped, we had stated that it gives ETH a 2nd chance to rally in the right way. However, unsurprisingly, ETH fees are vicariously rising again, with ETH miners earning as much as $113 million in August alone. In comparison, Bitcoin miners earned a little under $40 million. Hence, it can be argued that it might take weak ETH fundamentals a long time to become strong again, with the same perhaps only possible once the DeFi fever fades off.

In light of all the capital flowing into DeFi right now and the latest Unicorn UniSwap, that seems unlikely. However, the question remains – Will such a situation allow Ethereum’s bullish rally to mellow down?

As reported previously, ETH is riding on the bullish sentiments of the market and ETH Options activity on Deribit has further solidified that narrative. In the meantime, even though DAAs are dropping, Ethereum transactions have maintained a consistent incline in the year 2020. 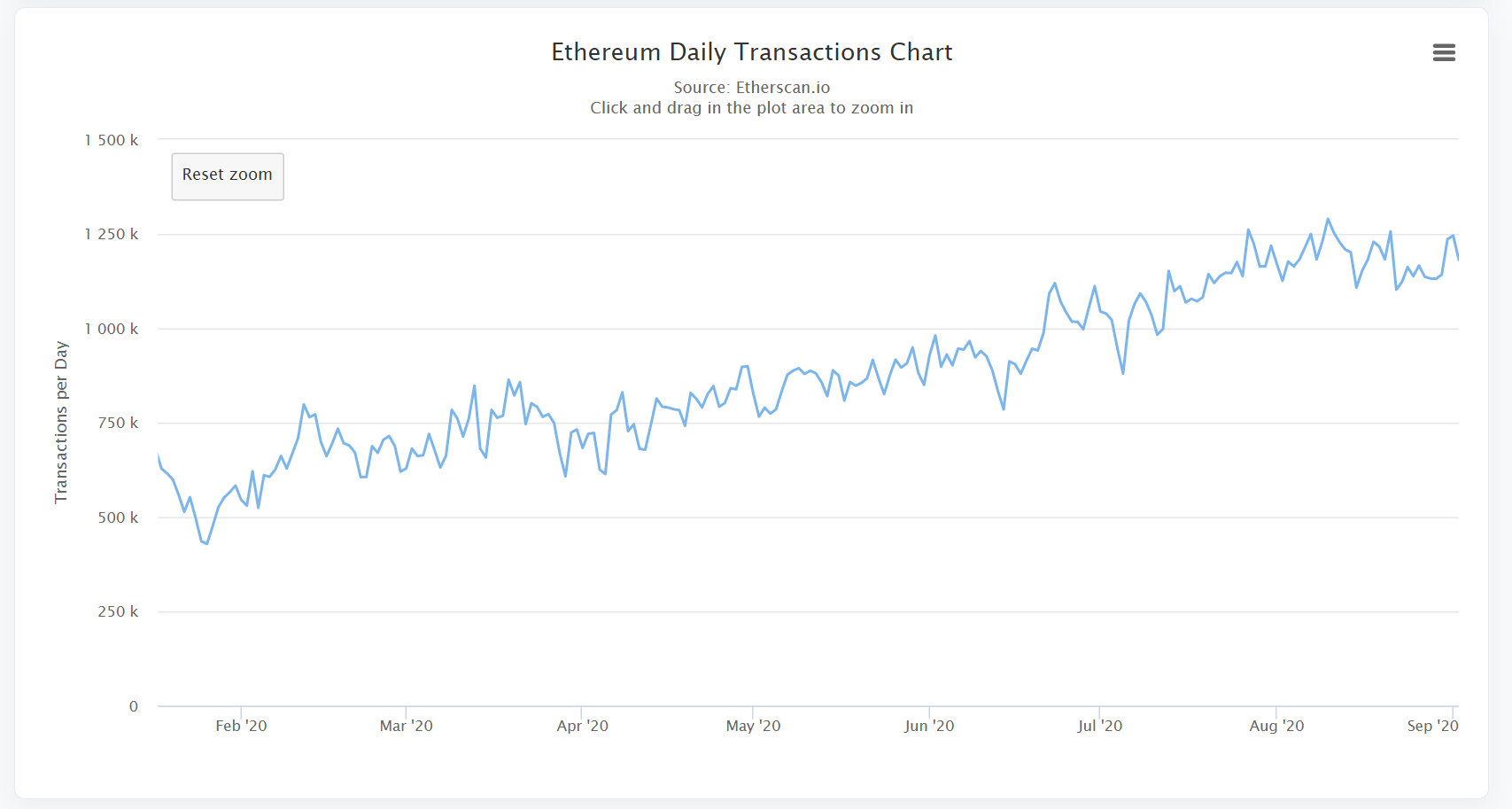 From registering under 450,000 transactions in February 2020, the number of transactions was over 1 million, at the time of writing. Therefore, not all fundamentals are completely “weak.”

It can thus be argued that Ethereum’s price does not exactly lack support to rally forward on the price charts. Market sentiments continue to propel the world’s largest altcoin, despite such movement carrying bearish implications for the future (If declining DeFi interest comes back to bite Ethereum). For now, a rising valuation may be all that matters to ETH’s proponents.