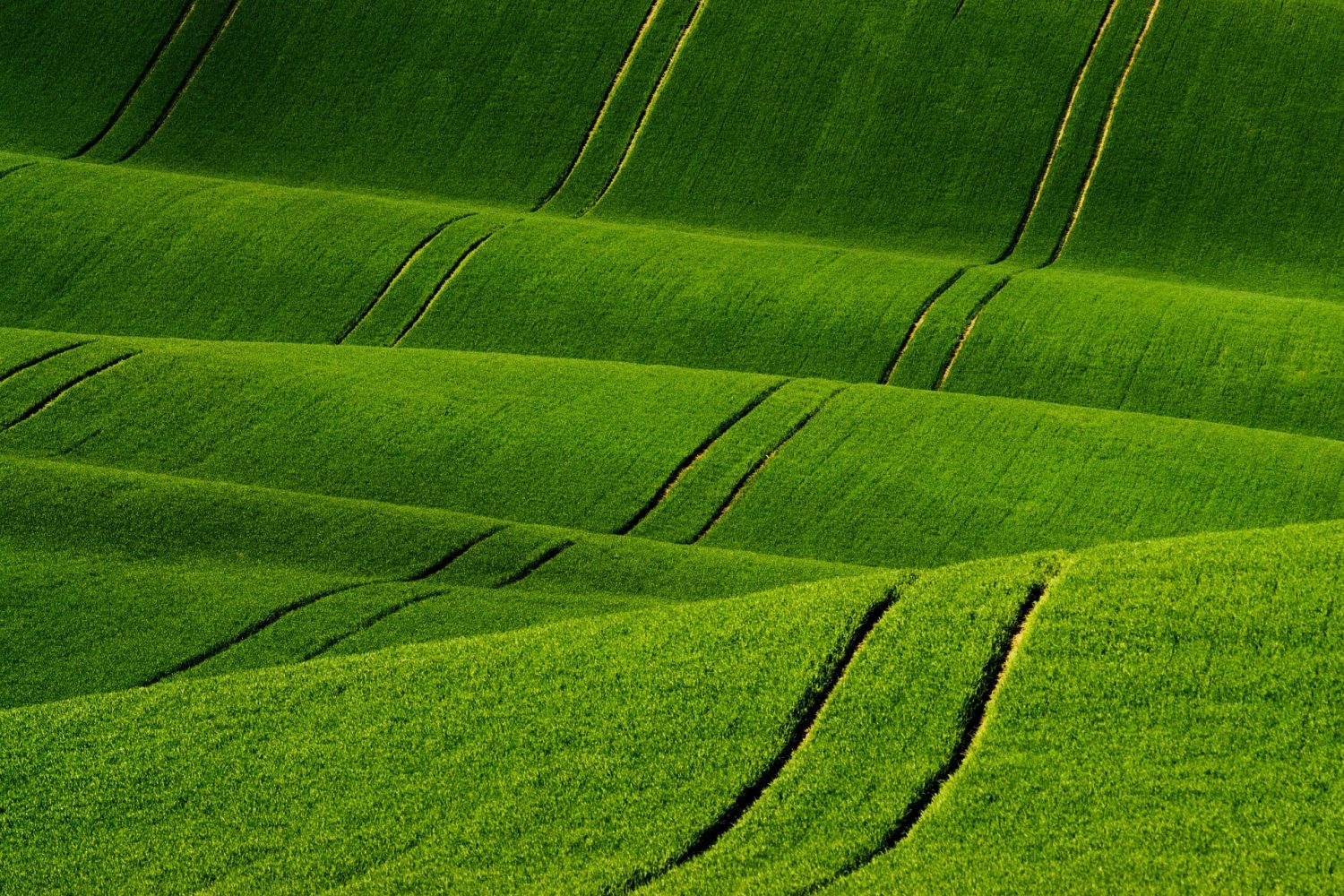 XRP recorded a huge spike in buying interest recently, with the price noting significant gains over the same period. However, there are still important resistance zones for XRP to conquer before it can look above $0.45, a level it has traded under for over a year now. Further down the cryptocurrency ladder, Ontology was trading within a rising channel and implied bullishness while VeChain executed a bullish reversal pattern to flip a level of resistance to support, with the likelihood of it rising in the coming weeks emerging. 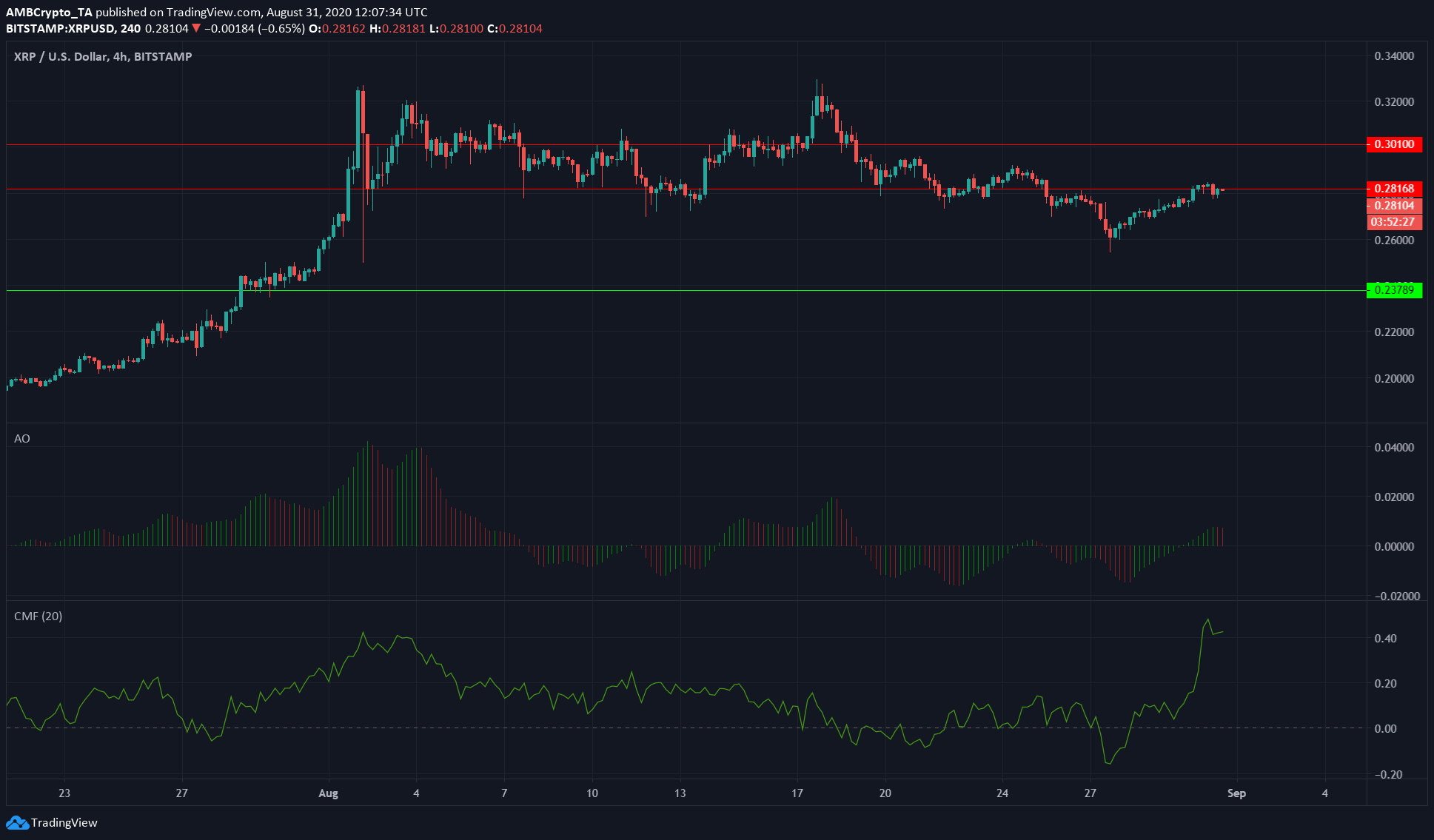 XRP was not able to hold on to its level at $0.3 and was trading just beneath the $0.281-mark, at press time. The activity of whales could be a reason why XRP has not been able to hold on after reclaiming important upside levels on the chart in the past.

Further, the Awesome Oscillator noted some bullish momentum, while the Chaikin Money Flow shot upwards to touch a value of +0.42, indicating excellent capital inflows into the market. Such soaring buyers’ interest could spark a move north on the charts. 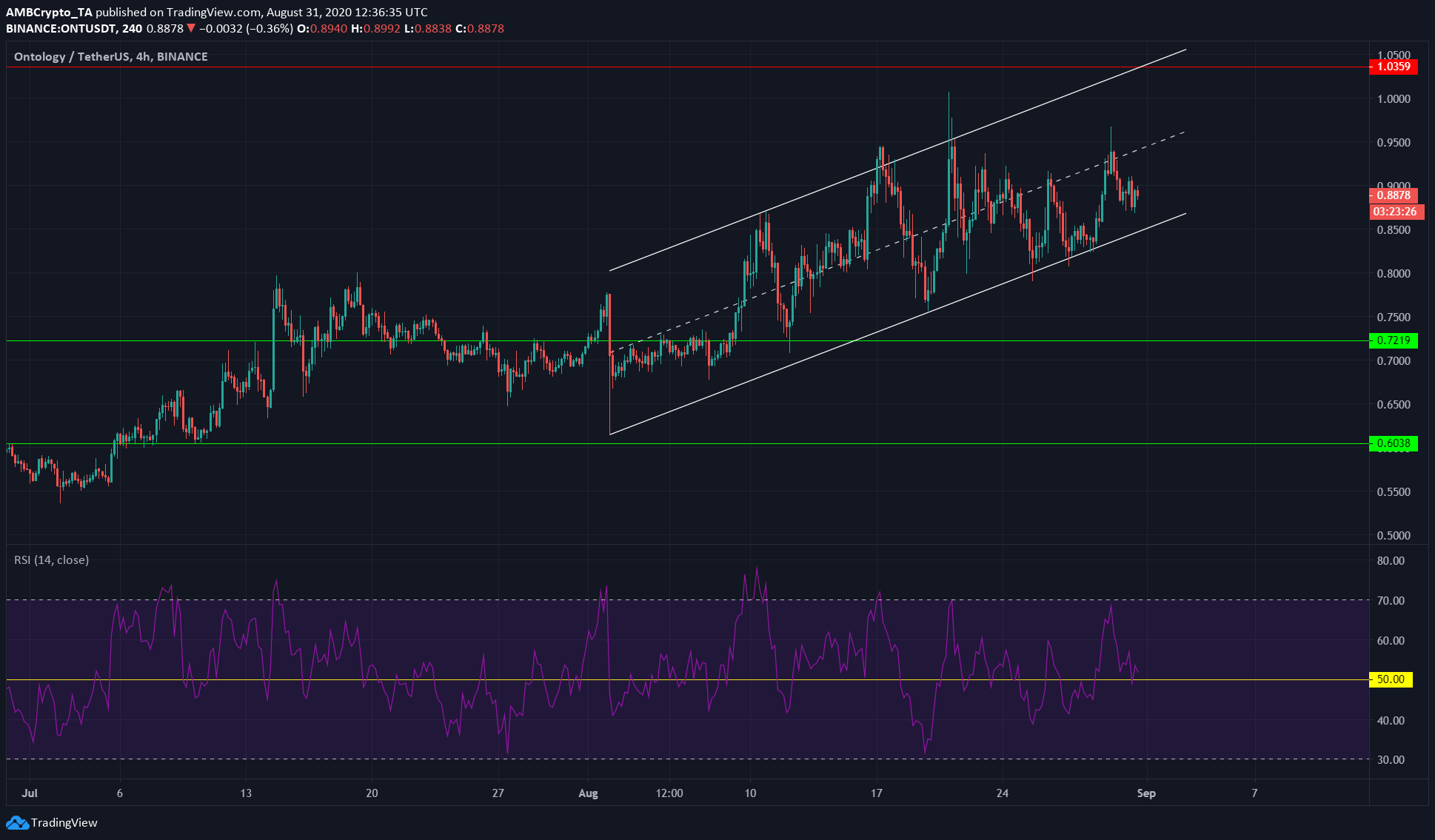 In recent news, Ontology announced a new integration with Plaid, a financial services company that powers many of the world’s largest fin-techs including the likes of Venmo and Coinbase.

ONT was trading within a rising channel at the time of writing, as shown on the chart. Further, the RSI registered a value of 52, following the same bouncing off the neutral 50 line, a development suggesting that a bullish trend might be likely. Finally, the Upside target for ONT was around the $1-level, if the rising channel was not invalidated. 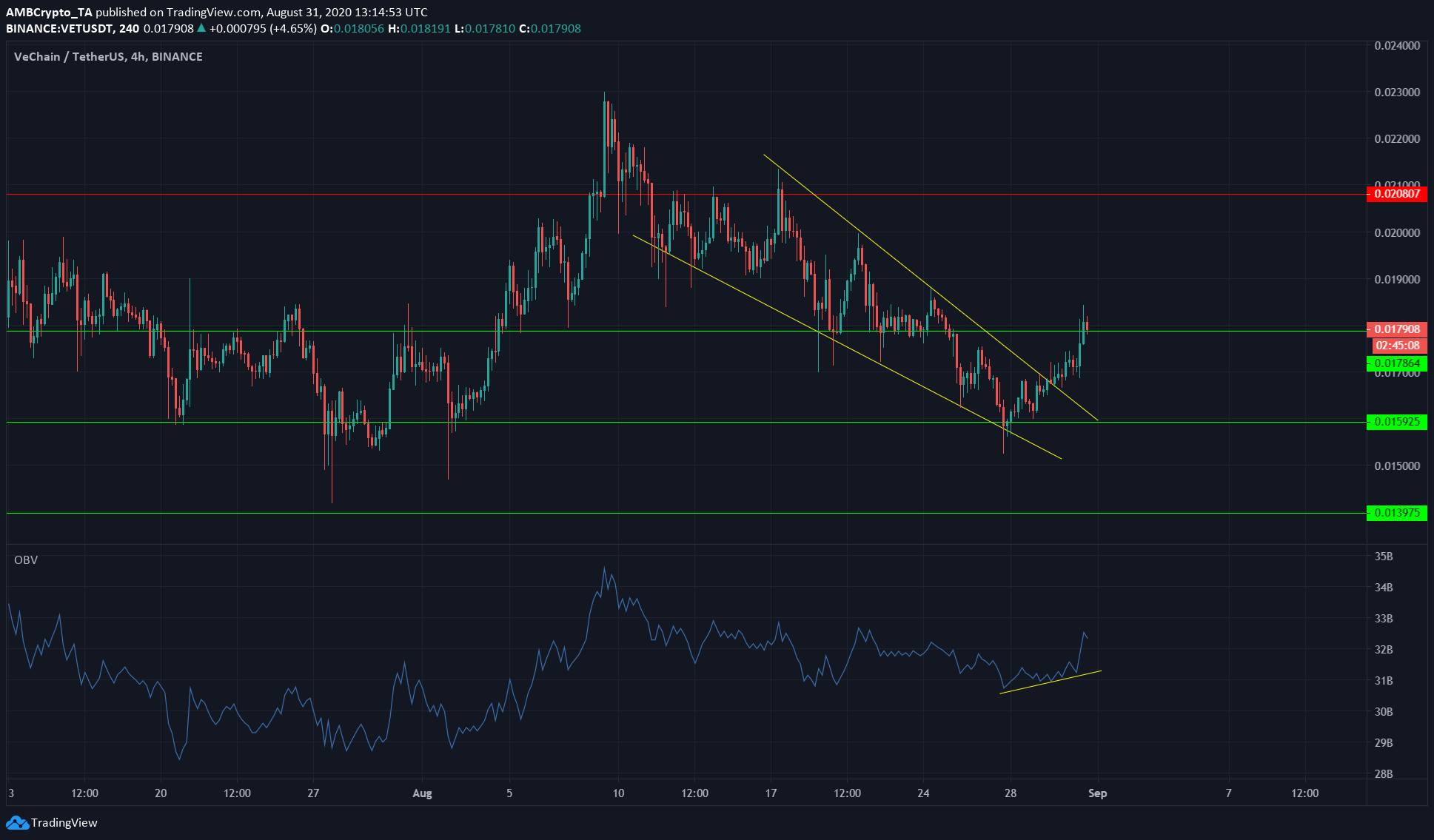 VeChain was ranked 27th among the market’s top cryptocurrencies, with the crypto holding a market capitalization of $996 million, at press time. It had a 24-hour trading volume of $113 million on 30 August, which was around the average it had been noting for the past ten days.

On the chart, VET formed a falling wedge and subsequently, rose upwards to flip the resistance at $0.0178 level to support. Further upside target $0.022 is possible for Vechain in September.

Finally, the On Balance Volume showed that the recent move up from support at $0.0159 was backed by buyers’ interest as the OBV formed higher lows as indicated by the trendline.