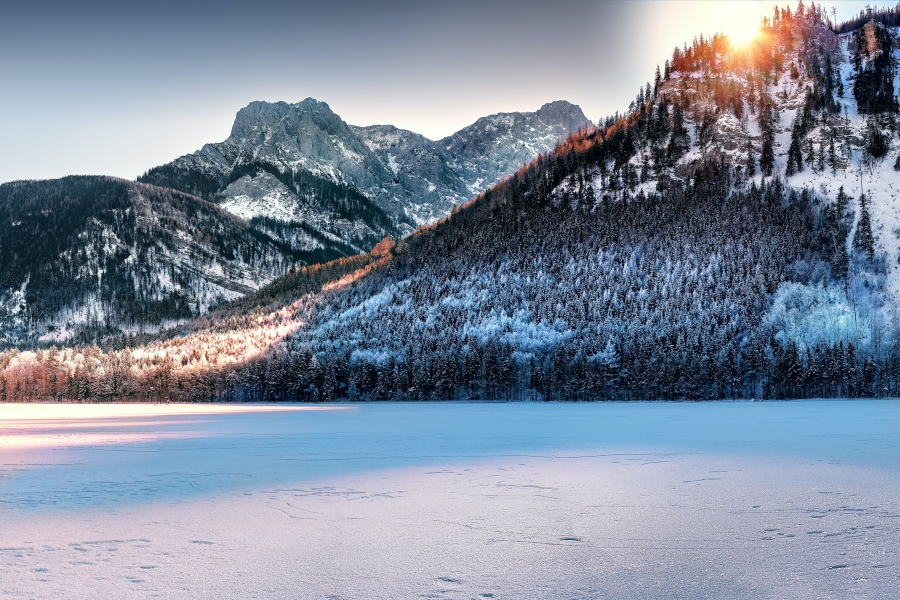 The second half of 2019 saw Litecoin depreciate by over 75%, and while LTC has seen over 120% gains since the start of this year, it’s also important to note its 52% gain since this time last year. With most altcoins positioned to move up in the weeks to come, LTC might be in for additional gains this month.

While CoinMarketCap shows Litecoin sports an impressive $5 billion market capitalization, even more impressive is its volume — with $5.6 billion worth of LTC traded in the last 24 hours. 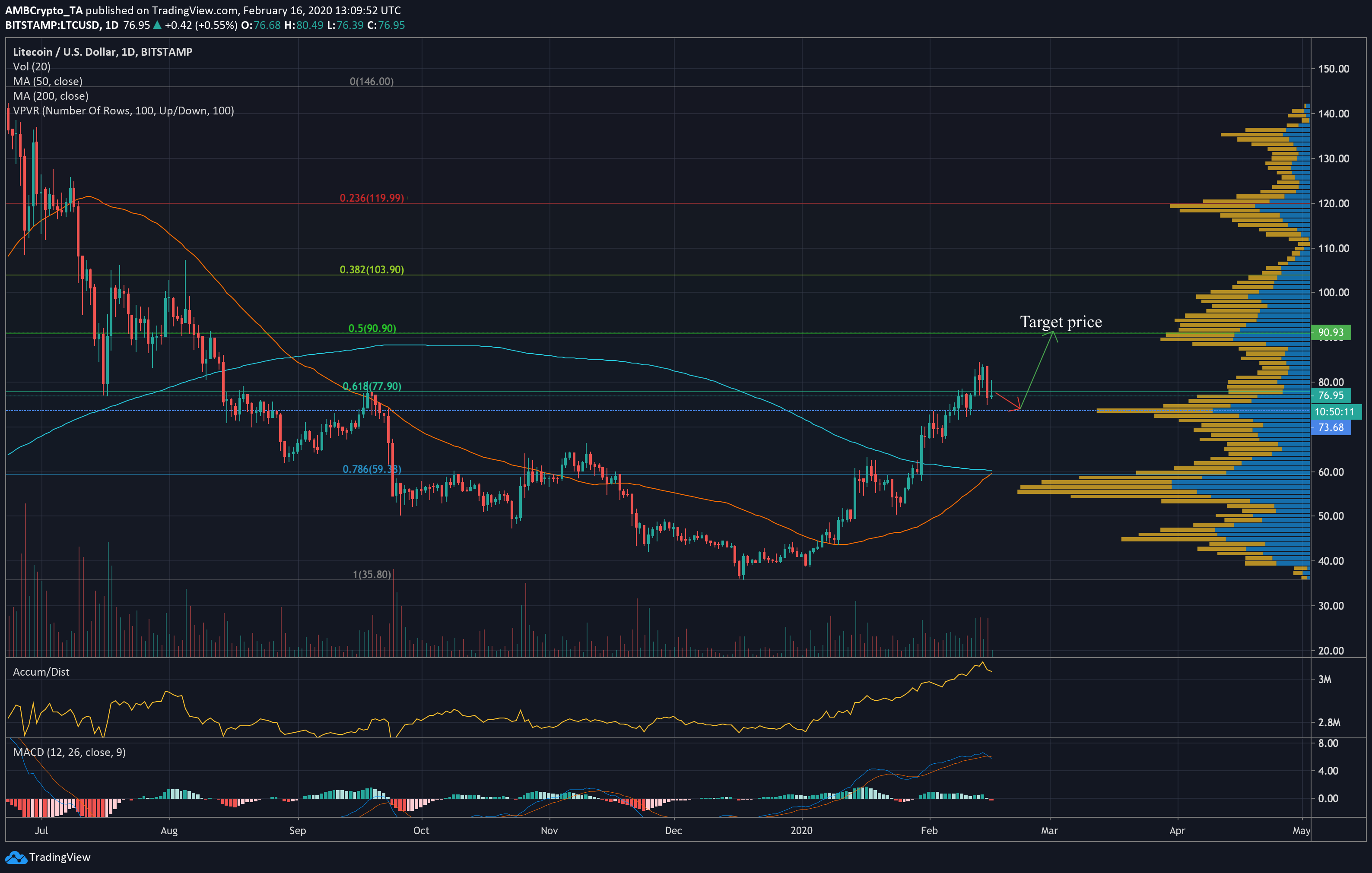 Litecoin, with a market value of $77 at the time of writing, looked to be in a position to make an upward price movement in the coming weeks. The 50 and 200-day moving averages appeared poised to move into a golden cross, having maintained the death cross which took place in late-August to date.

The Accumulation/Distribution indicator looked to be on the rise, which could mean that more market participants are HODLing the cryptocurrency, likely in anticipation of further price appreciation. However, MACD had just moved into a bearish crossover and could mean corrective movement in the days that follow.

LTC will likely move down to the nearest high-volume node on the volume profile’s visible range, between $73 and $74. The golden cross will mostly have taken place by this time and could influence Litecoin into a bullish movement, which could push LTC to the $90 mark before this month comes to a close. 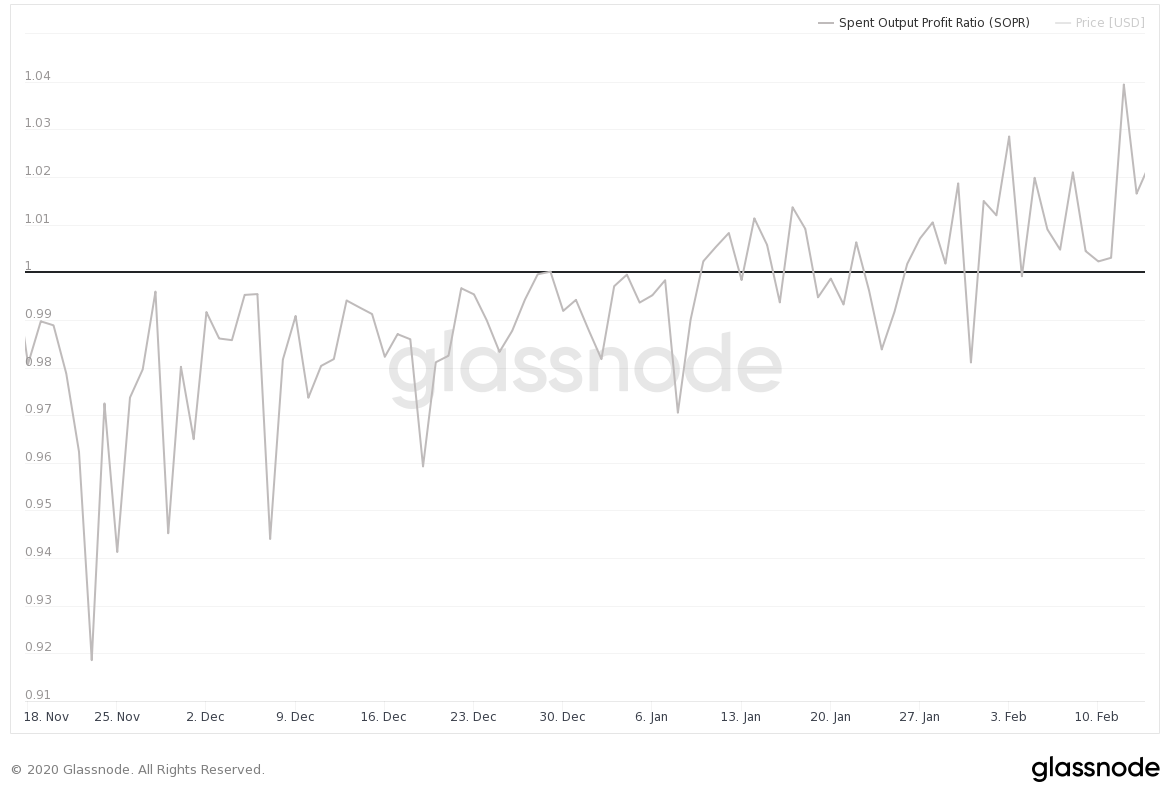 Glassnode data shows Litecoin’s SOPR (Spent Output Profit Ratio) has been on the rise since the start of the year. The metric determines that majority holders of the asset are in profit when it rises above the 1.0 mark. This can be a bullish signal, and considering LTC accumulation is also on the rise, this could strengthen the upward movement in the weeks ahead.

With a golden cross on the horizon, Litecoin is likely to appreciate in value in the short to medium-term. Rising accumulation and SOPR also support this idea. However, it is also highly possible that LTC will experience some corrective movement down to the $73-$74 level before pumping to $90 by the end of the month.