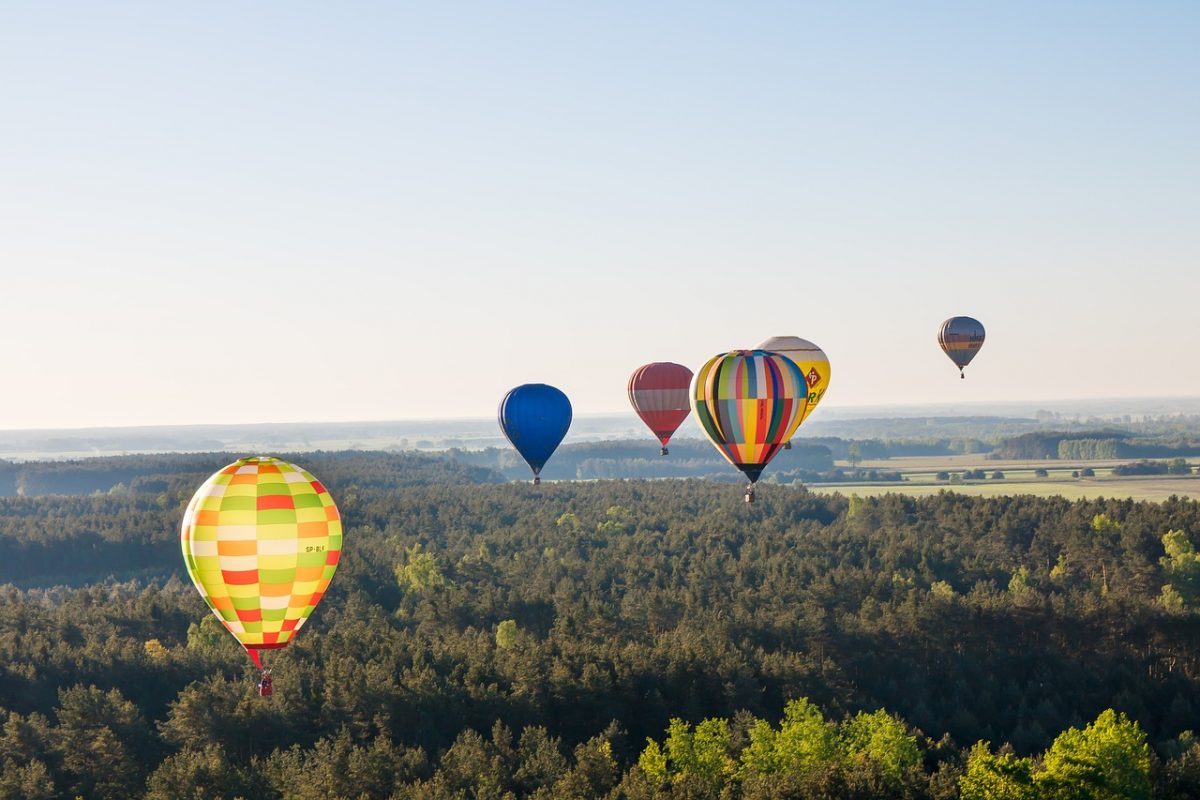 Disclaimer: The following analysis attempts to study the price trend evolving in the Litecoin market.

The cryptocurrency market has been going through one of its longest periods of consolidation and along with the price, the volatility has also been building up. Litecoin [LTC], the ninth-largest coin in the market has been restricted within its immediate resistance and support at $45 and $40, respectively. At press time, the coin was trading at $41.98 with a market cap of $2.76 billion. 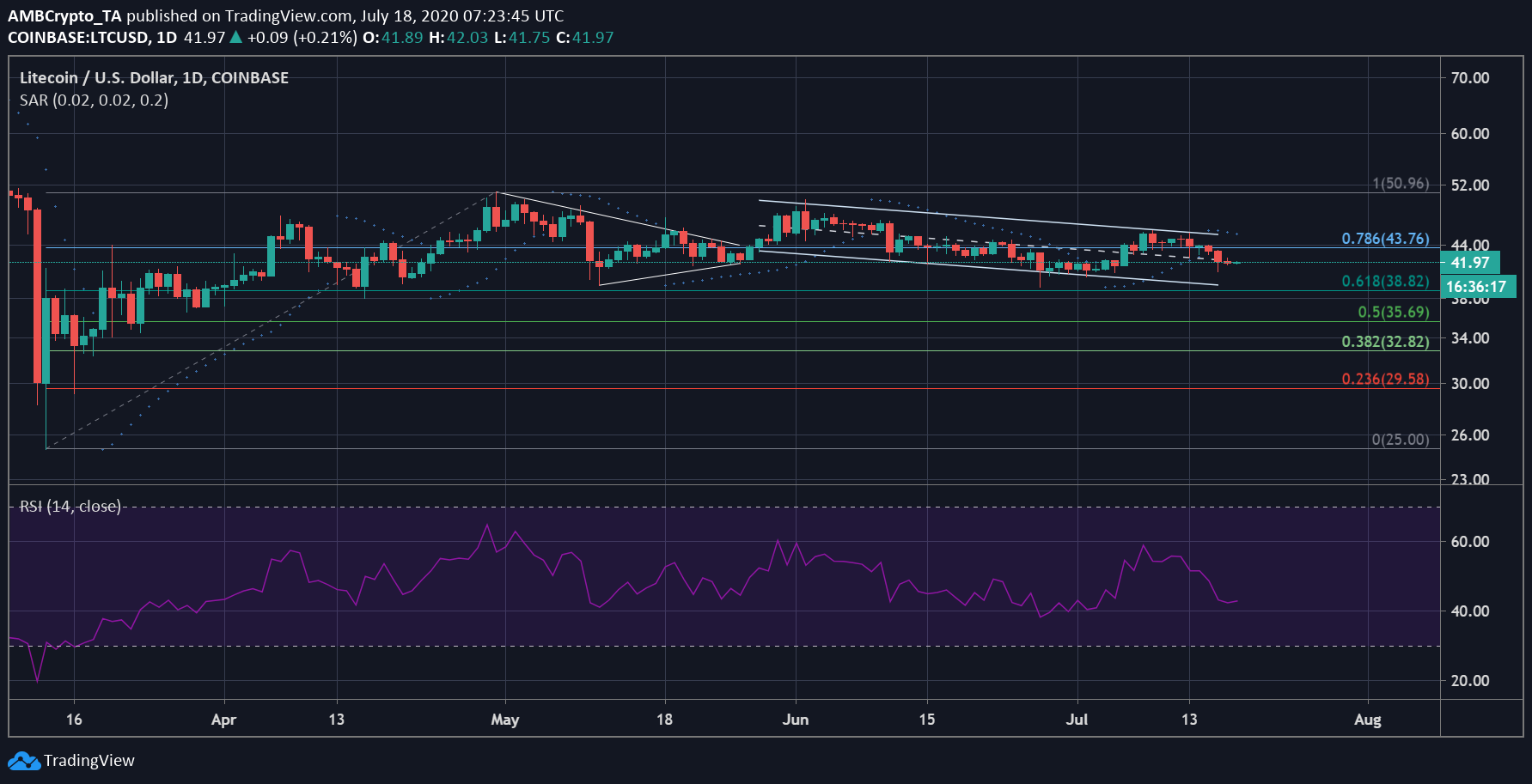 The daily chart of Litecoin was indicating a downward trending price, at press time. This downward trend was visible in the market ever since the price broke out of the symmetrical triangle formation. Ever since May, the price of LTC was connected by two converging trend lines marking its sequential peaks and troughs. They were converging roughly at an equal slope and the price broke out upwards. Ever since the breakout, the price has been seen moving downwards, gradually.

The price bounced around as the resistances and support points moved lower. This falling price was contained between two downward sloping trendlines forming a descending channel. As the price moved along the channel, the breakout is likley to occur in the upward direction, given the trend of the previous break out. The closest price level for the LTC price was $43.76, and breaching this level will push it straight to $50. However, if the price breaks down, it may sink t $38.82.

Given the trend highlighted by the Parabolic SAR, the price may experience a bearish pressure as the markers aligned above, confirming the movement of the coin. Whereas, the Relative Strength Index [RSI] has been noting that the buying and the selling pressures have evened out, and the coin was in the equilibrium zone. The coin was moving towards the overbought territory as the price dropped, and the pressure equalized.

Bitcoin’s volatile days will return when it decouples from stocks