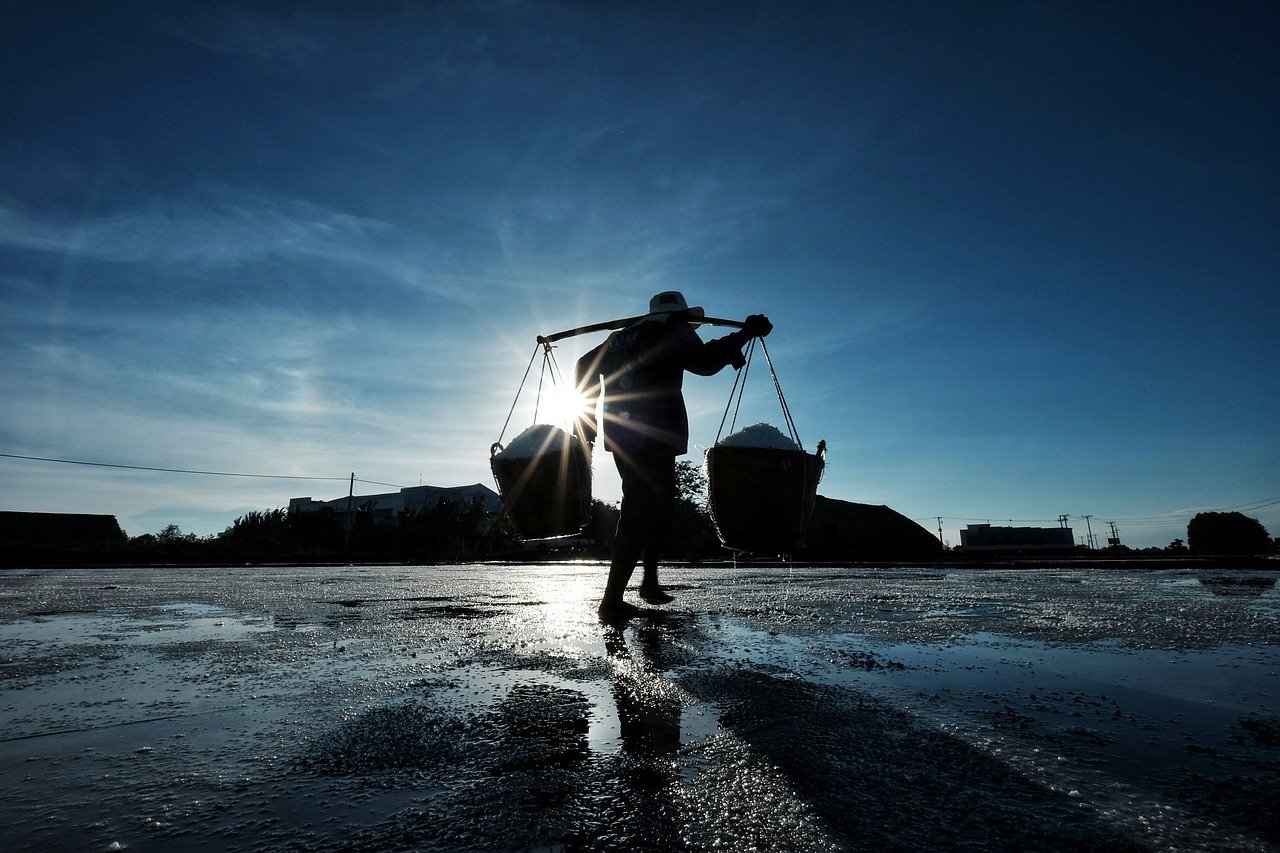 Over the last one week, Ethereum registered poor daily returns that lowered the cryptocurrency’s valuation by more than 6%. The same was noted across the market after Bitcoin, the world’s largest cryptocurrency, too noted a decline on the charts.

While such bearishness continued to persist, at press time, altcoins such as NEM and Zcash were recorded appreciable gains on their own charts. 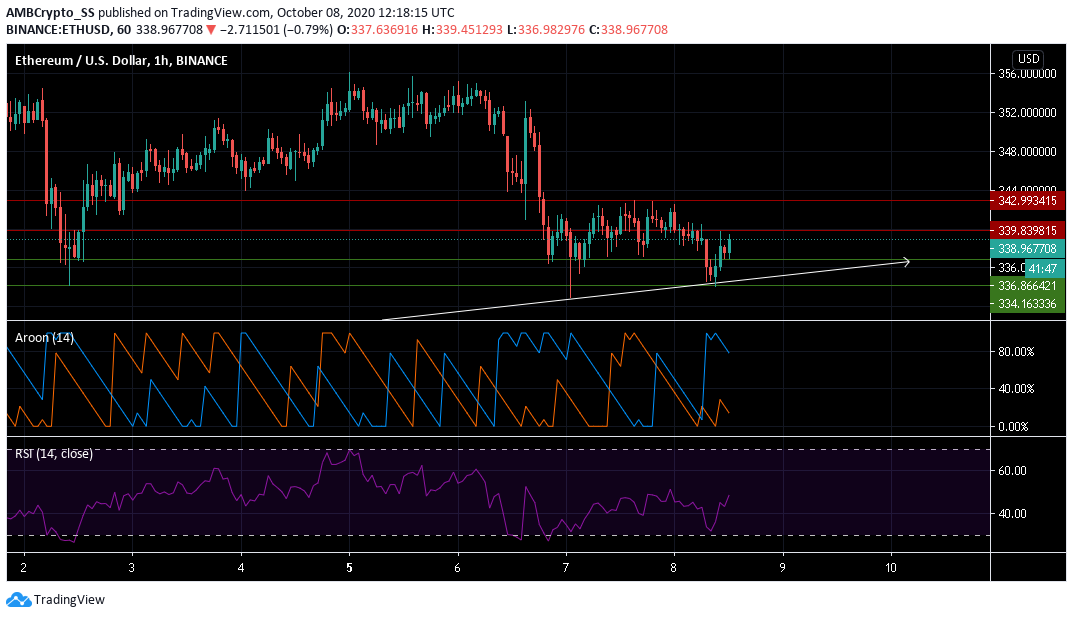 Post the week-long selling pressure on its charts, Ethereum finally managed to record some gains over the last 24 hours. In fact, ETH, at press time, was trading at $333.96

Looking at the Relative Strength Index, the RSI noted a brief rise in buying pressure. Bearish signs, however, were far from over as the RSI was still below the neutral 50-zone. Further, the Aroon Indicator also continued to be bearish, with the Aroon down (blue) above the Aroon Up (Orange).

If Ethereum’s bulls can manage a bounce from the $336-support level, it could allow them to take control at the $339.83 level of resistance in the next few trading sessions. 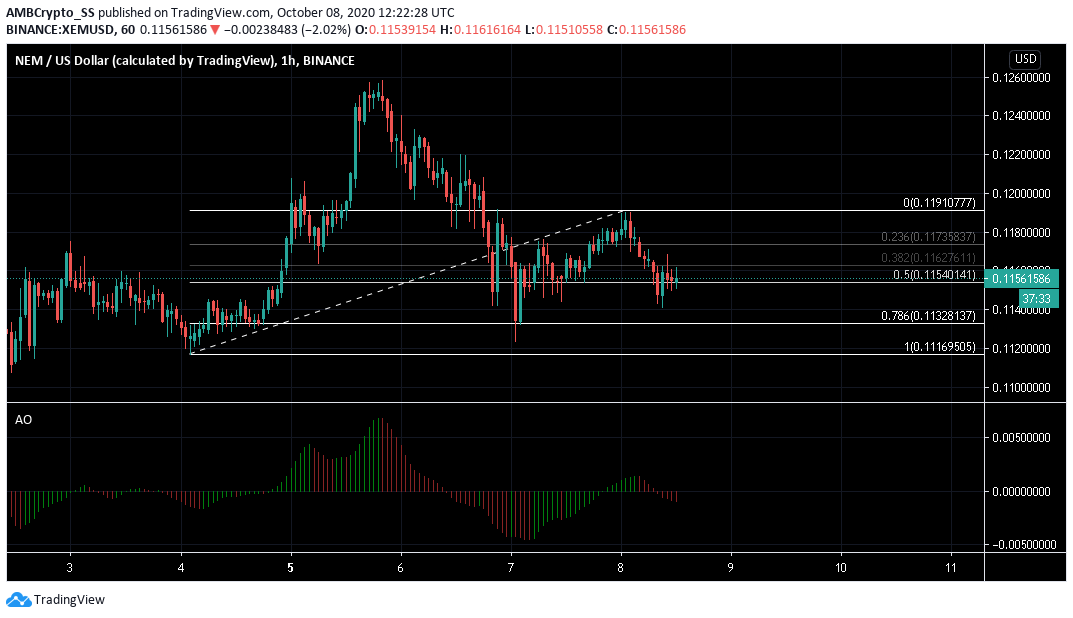 At the time of writing, NEM was trading at $0.115 after having noted a long-awaited bounce at the 50% retracement zone marked by the Fibonacci retracement tool.

However, a re-test of the 50% region, which is also a key support level, would mean that selling pressure was just around the corner. An early indication of this was picked up by the Awesome Oscillator (AO), while the price was still hovering near its support level.

The AO’s bearish crossover below zero pointed to a possible price decline under the $0.115-support level in the next few days.

NEM recently announced on Twitter its partnership with Staked Tokens. The new platform promises to bring together staking and DeFi, further enhancing accessibility for the XEM token. 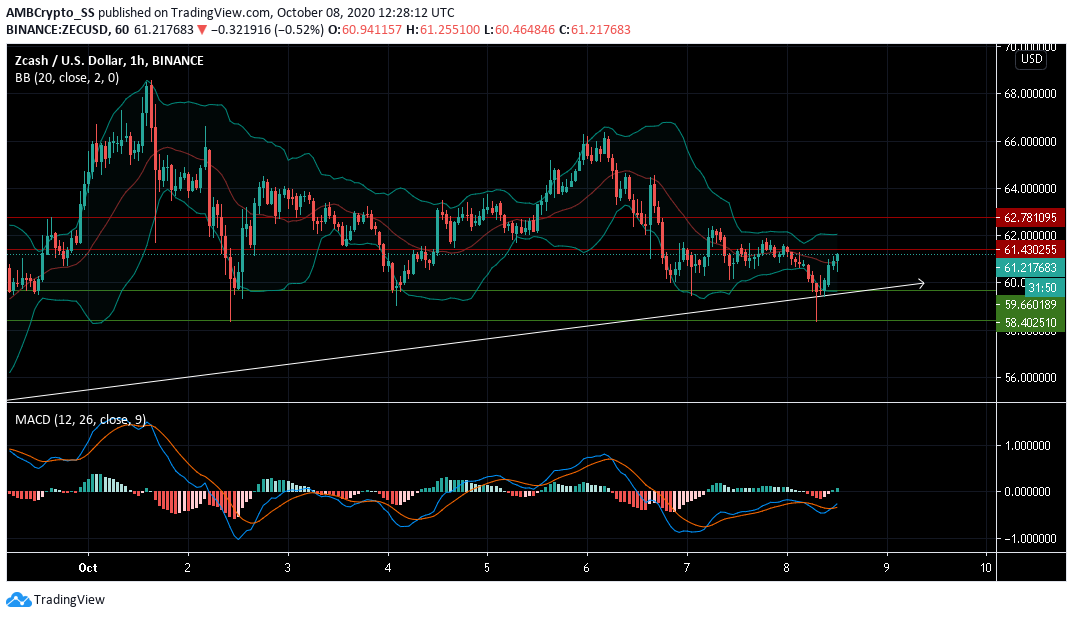 In fact, the cryptocurrency registered an impressive bounce from its morning lows and was seen rising towards the $61.43-resistance level. The MACD line registered a bullish crossover too, rising above the Signal line on the charts.

The high levels of volatility, signaled by the widening Bollinger bands, also seemed to side with the bulls.

Zcash may witness price movements just below its immediate resistance level as the digital asset attempts to regain some bullish momentum over the next few days.

Key Bitcoin takeaways from its relationship with Gold