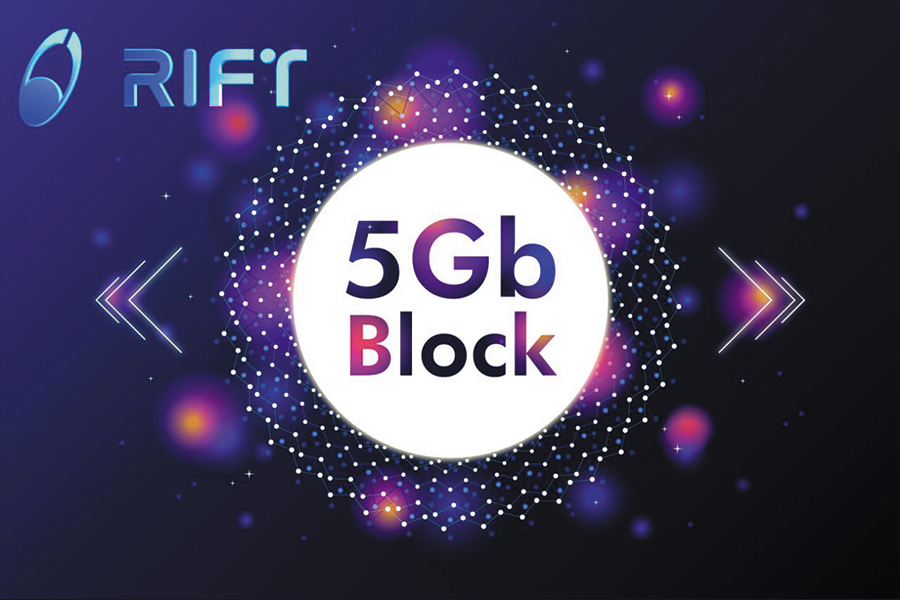 ILCoin blockchain project has successfully released a 5 GB stable block, setting a new industry record for stable block size. Enhanced blocks are now available in the live net. Earlier in the same month, the project introduced RIFT protocol, which allowed to increase the block size to several gigabytes and perform millions of transactions per second. This way, RIFT effectively solves the scalability issue of blockchain networks, increases the potential for global adoption of DLT, and serves as a technological base for economically efficient on-chain data storage.

The key features of blockchain technology – such as immutability of the chain, low fees, and smart contracts that allow to conclude deals without a third party – created a high demand for it both in the world of high-tech and in traditional industries.

However, the scalability limit of decentralized networks has been hindering its wide adoption. In order to find a solution, blockchain developers tried various approaches, including but not limited to distributing data between shards, increasing the block size limit, or storing data off-chain. However, all of them compromised the other two core qualities of blockchain: decentralization or security.

ILCoin first entered the market in 2015, with ILC cryptocurrency. Today, ILCoin blockchain project is more than a crypto: it focuses on solving the most pressing problems of the industry, increasing blockchain’s usability, and finding a way to create a viable on-chain data storage solution. For ILCoin development team, 2019 was marked with two considerable breakthroughs. At the beginning of the year, the project presented a hacker-proof C2P consensus, which boosted the network’s security to an unprecedented level. This November, ILCoin released RIFT protocol aimed at resolving the scalability issue.

With their new development, ILCoin reconsiders the basics of blockchain, placing the main principles devised by Satoshi Nakamoto on a brand new technological base that fully meets the modern demand. RIFT protocol features two layers of blocks: standard blocks and mini-blocks, which contain transactions.

Unlike standard blocks, mini-blocks are not mined but generated by the system, giving the network unlimited potential for scalability. Mini-blocks are interconnected by references and connected to their parent blocks, ensuring that the data stays intact. In addition to its unique structure, RIFT also introduces simultaneous asynchronization – a new mechanism that carries out parallel sync of individual blocks and prevents network congestion.

“RIFT protocol disrupts the very concept of blockchain: mainly with the idea that simultaneous asynchronization is, in fact, technically possible. With RIFT, we are able to solve both the FIFO and the bottleneck problems and manage large blocks at unprecedented speed.”

Indeed, in the case of a 5 GB block size, 3-minute block generation time, and 232 bytes transaction weight, RIFT demonstrated an effective transaction speed of 23 140 987 tx/block. According to the developers, the only limit to this technology is the current network capacities.

In order to integrate the new code into the system, ILCoin Blockchain Project performed a hard fork, which was shortly followed by the release of enhanced blocks. Since the end of November, 5 GB blocks are available in the live net as the real proof that the scalability problem is solved for good. At the moment, ILCoin’s ecosystem is returning to full functioning, and ILC transactions are gradually being resumed, as most exchanges have already implemented the new code.

With its outstanding characteristics, RIFT marks the beginning of a new era for the whole industry of blockchain. It is the first solution in the market, which is able to maintain high efficiency within large-scale networks, prepare the technology for wide implementation, and create a solid foundation for cost-effective on-chain storage.

For the latest news on the project, please check out ILCoin Dev team’s Telegram channel. The Blue Paper for the RIFT technology is available on the official website.