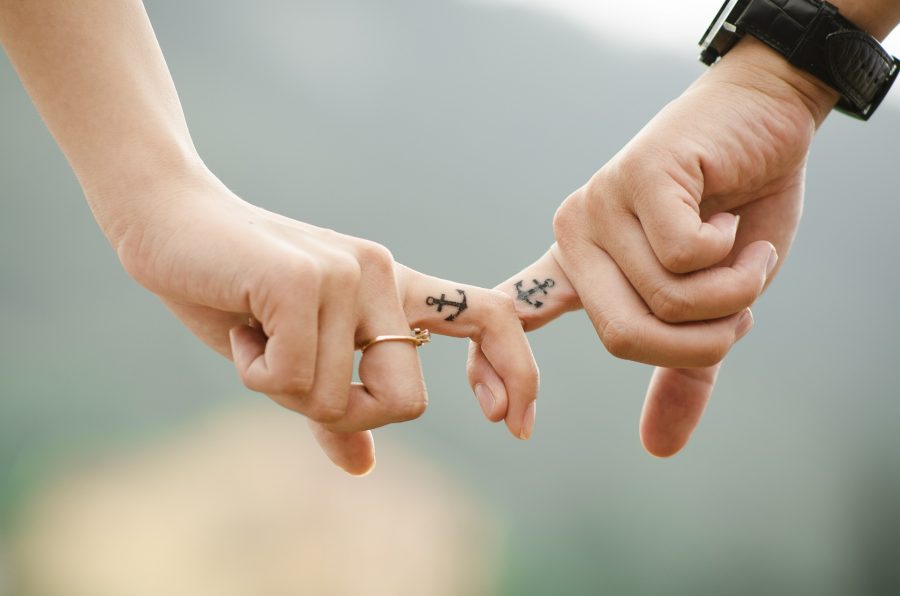 Crypto-markets are generally affected and driven by various factors; factors ranging from major announcements to entirely political events. Certain fundamental factors also play a key role, with the correlation of crypto-assets often considered a vital one.

According to skew markets, Bitcoin and Ethereum have exhibited a higher correlation over the last two years. Since the beginning of 2018, BTC and ETH have maintained a correlation percentage which is consistently near 90 percent, the market analyst claimed.

The correlation coefficient between the two assets basically explains whether BTC and ETH have a positive correlation or a negative correlation. The scale varies from -1 to 1. Any correlation above 0 is positive, and anything below 0 is deemed negative.

A positive correlation such as BTC-ETH’s current coefficient suggests that if BTC pumped significantly on the charts, ETH may pump over the same time period as well.

However, the correlation may not always surface towards a concrete causation. 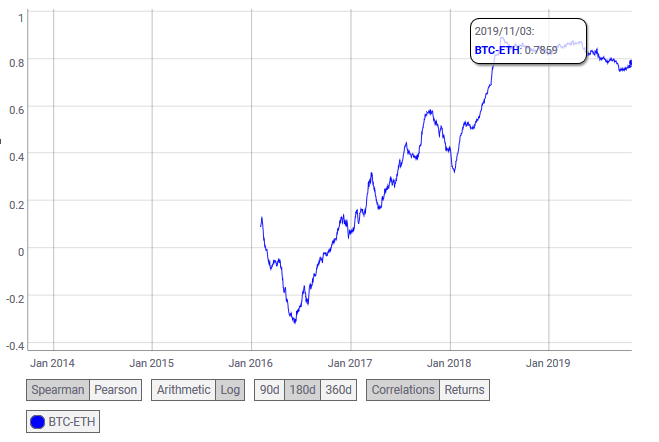 According to Coinmetrics.io, BTC and ETH had a correlation coefficient of 0.7869, at press time. On 3 November 2017, the correlation was significantly low at 0.564. According to market speculation, it was believed that the correlation factor had increased because Ethereum’s blockchain had gained more recognition over the past few months and ETH’s value as an independent asset had significant market activity, in comparison to other altcoins such at Bitcoin Cash and Litecoin.

Hence, it may be technically inaccurate to claim that a higher correlation factor between BTC and ETH meant a bearish trend, as termed by skew markets.

For two weeks in the month of September, Bitcoin exhibited a period of stagnation when the price differential moved between the range of around $200 and $400. At the same time, Ethereum registered a growth of around 13 percent and breached its key resistance. Hence, the correlation factor is not a confirmed metric for a collective bullish or bearish market. Instead, it highlights a situation or scenario which may surface during certain bull runs.

According to coinpredictor.com, BTC and ETH technically did not have any “negligible relationship,” wherein the price hike of one is directly or indirectly impacting the other.