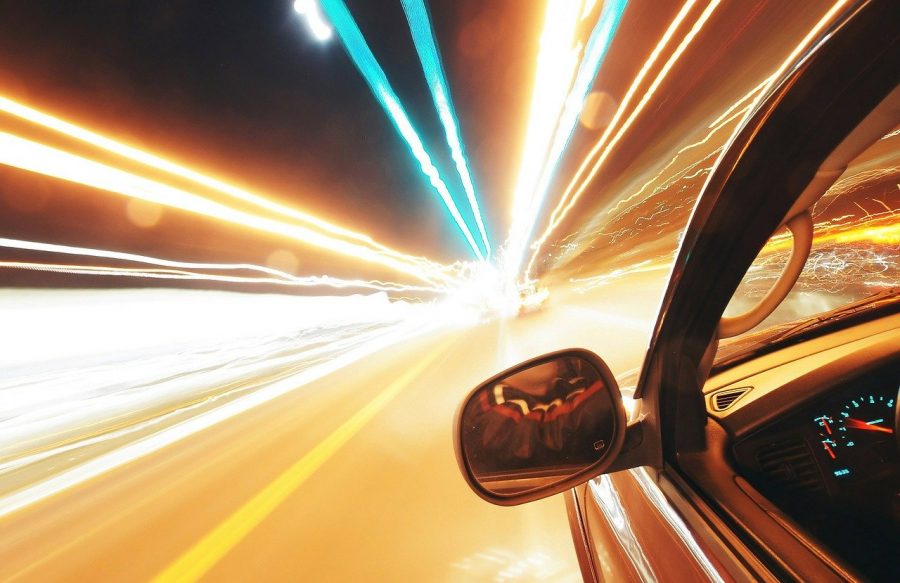 Bitcoin’s adoption has improved over the years, but a part of the community feels that its adoption will eventually reach a dead end.

Christopher Allen, former Principal Architect at Blockstream, is among those who are concerned about Bitcoin‘s lack of adoption lately, hinting at the need for scaling solutions like the Lightning Network.

However, according to VanEck’s recent report, Bitcoin adoption could be on the rise as we speak.

According to VanEck’s ‘The Investment Case for Bitcoin’ report, in spite of concerns with regard to crypto and its exchanges, market statistics are on the healthy side. Bitcoin and other crypto-assets are becoming more and more available to retail investors with institutions such as Robinhood, TD, and ETrade facilitating digital asset trading. 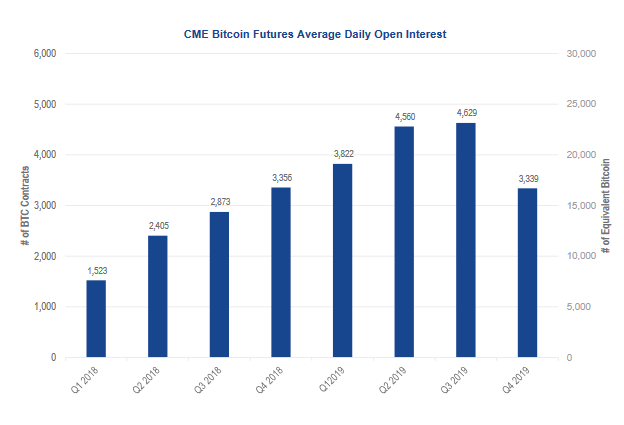 In the derivatives market, CME Futures contracts accounted for over 15,000 BTC in Open Interest, a figure that has been on an incline since Q1 of 2018. Q4 of 2019 registered a minor dip, but Open Interest continued to rake in significant volume.

Speaking about trading activity, the concentration of volume on one or two exchange has reduced over time and the distribution between exchanges has become more even. The likes of Coinbase and Kraken continue to amass a majority of the trade in the US market, but other firms such as Bitstamp and Bit-x also hold a good amount of BTC volume as well.

The distribution of trade suggests that a huge amount of Bitcoin is not concerted in the hands of a few, but the involvement of various players promotes better market expansion and the eventual growth of the digital asset industry. 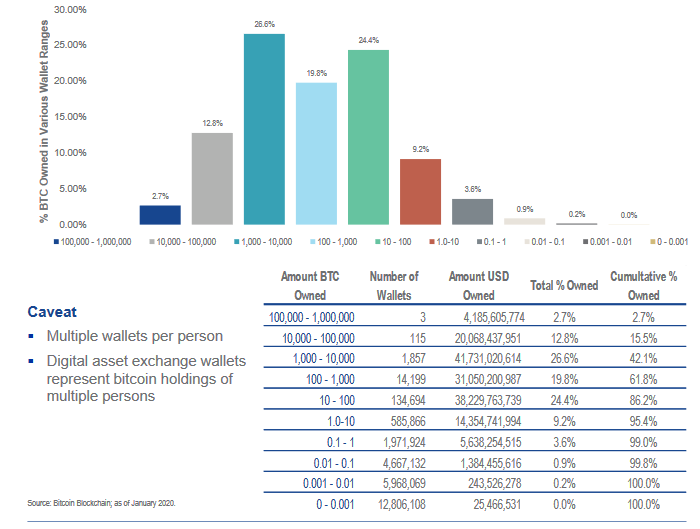 The ownership statistics suggested a similar outcome wherein it was observed that Bitcoin is well distributed among wallets which range from 0-0.001 to 100,000-1,000,000 BTC. It is to be noted that the wallets which account for a large number of BTC are usually exchanges that represent Bitcoin holdings of multiple individuals at once.

Besides market statistics, the report claimed that the growth of applications being built on Bitcoin could be the next step forward. It stated,

“Sidechains could be the next step in boosting Bitcoin adoption as they allow for scalability and customizations while retaining Bitcoin’s security properties.”

Bitcoin could improve ‘risk and reward profile’ in portfolio allocation