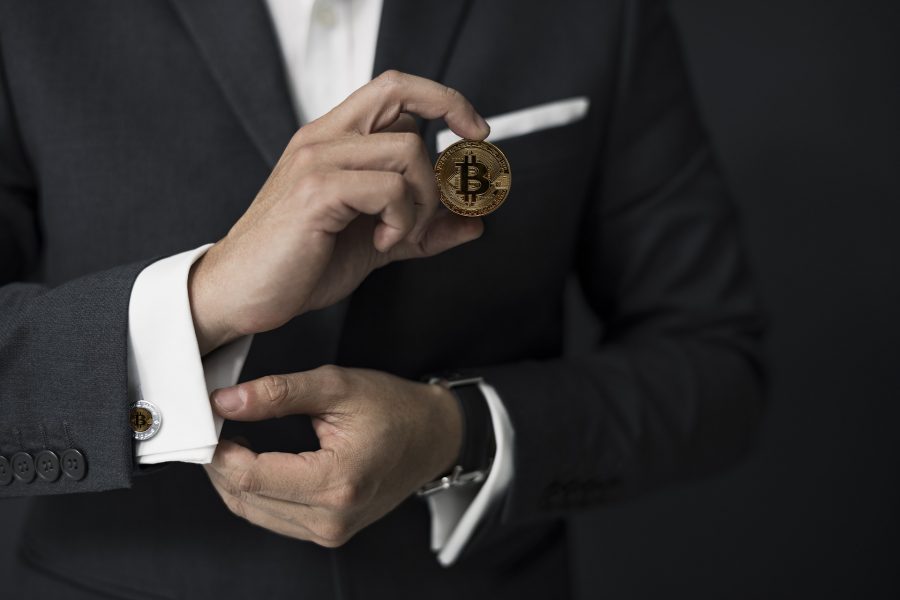 Over the years, the increasing recognition of Bitcoin in the institutional investment sector has been reflected in the growth of its market. The world’s largest digital asset is slowly strengthening its position in the financial markets and a major asset management company recently released a report reaffirming the asset’s value.

VanEck, a company that has over $50 billion AUM, recently released a report titled, ‘The Investment Case for Bitcoin,” a report highlighting Bitcoin’s monetary value and its characteristics as a significant store-of-value in today’s market.

According to the study, Bitcoin has inherent monetary value rather than intrinsic value because Bitcoin is not backed by anything. According to behavioral economics, monetary value (MV) is attached to an asset when there is a collective belief attached to it. MV also arises when the asset is scarce like Bitcoin, and it is durable and possesses strong privacy characteristics, the report said.

Like Bitcoin, Gold also has significant MV, something that illustrates and highlights Bitcoin’s potential to serve as “Digital Gold.” 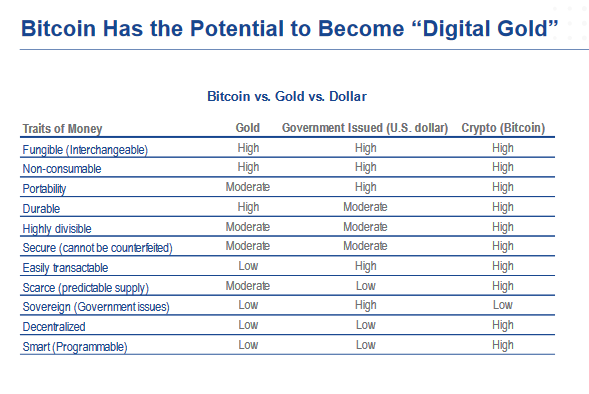 Despite these characteristics, Bitcoin still does not have large enough exposure with institutional investors because of Bitcoin’s nature as a bearer asset. The lack of major custodians, clearing entities, settlement entities, and transfer targets also count against Bitcoin in the capital market.

Although Bitcoin has increasing MV in both on and off-chain, the report also suggested that Bitcoin’s past market performance has allowed it to fit well in the investment portfolio medium. 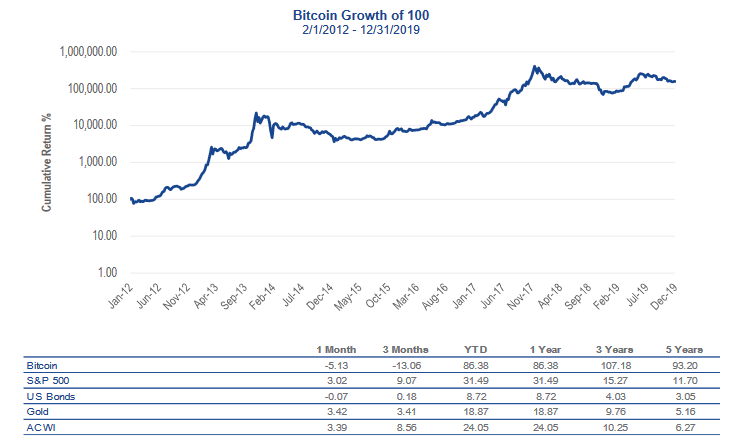 Comparing Bitcoin to the traditional asset class, the report observed that Bitcoin had outperformed major asset indices over both the short and long-term time periods. At press time, Bitcoin was up by 30 percent over the last 30 days whereas the S&P 500 mustered a mere 2.21 percent.

Bitcoin’s valuation also trumped major traditional assets in the 1 year, 3 years and 5 years bracket as well, while other indexes of Gold, U.S bonds and ACWI failed to keep up with it.

Hence, the study asserted that Bitcoin may improve the risk and return reward profile of institutional investment portfolios. The report said,

“A small allocation to bitcoin significantly enhanced the cumulative return of a 60 percent equity and 40 percent portfolio allocation mix while only minimally impacting its volatility.”

Despite listing out all the positives, VanEck did not cast out the risk associated with Bitcoin, all of which were largely tied to the hacking of trading platforms, price volatility, government restrictions, and ecosystem designs.

With state regulations improving in certain parts of the world and a Bitcoin ETF looming large, the case for Bitcoin as an investment instrument becomes stronger.

Related Topics:bitcoinfeaturedS&P 500VanEck
Up Next

Here’s why Bitcoin adoption is accelerating, rather than stagnating