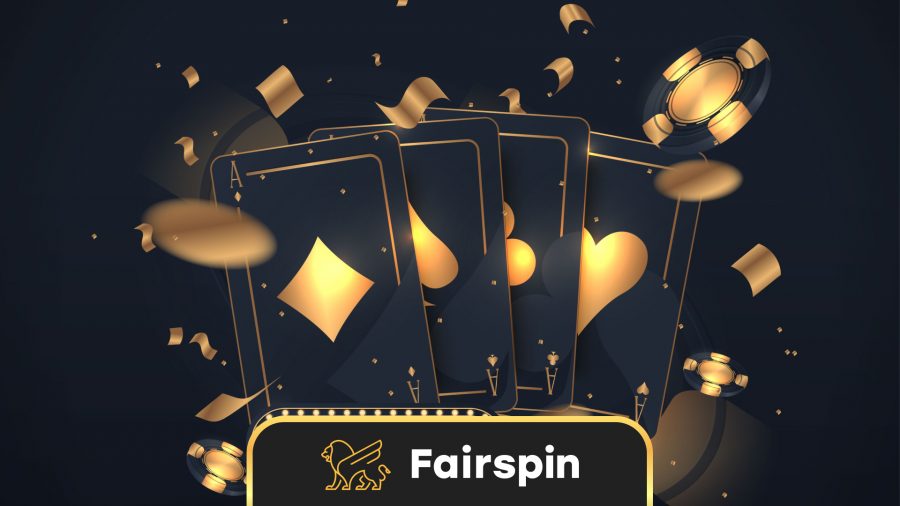 The introduction of blockchain technology has opened numerous opportunities for online ventures, and the gaming industry has been one of its largest benefactors.

One particular sector of online gaming that incurs a tremendous amount of profits globally is Online Casinos. A majority of people around the world are unable to access casinos due to certain reasons such as unavailability in their nation or expensive entry. Keeping that in mind, online casinos have risen in terms of popularity over the last few years.

However, users are often skeptical about gambling online with their earnings as a matter of safety and reliability comes into question.

To tackle such a scenario, Fairspin.io brings forward an online casino platform that is powered with blockchain technology. The implementation of blockchain ensures users are able to encounter an immersive casino experience without any liability concerns.

Launched back in 2018, Fairspin.io was earlier known as Fairplay but by the end of 2019, the company underwent a rebrand and Fairspin.io came into existence. Fairspin is a licensed casino under Curaçao eGaming, with a dedicated implementation of blockchain technology and its unique Honesty Control solution developed by TruePlay.

The transactions on the platform processed through TPLAY tokens which are valued at 0.001 ETH per token. All the games on Fairspin.io are recorded in a smart contract, keeping the transparency active within the system. The use of a smart contract allows the players to track their deposits and paybacks on a blockchain explorer such as Etherscan.

Success has been a familiar face to the platform as in 2019; Fairspin players registered a total sum of 46,500 ETH in winnings, which is estimated to be around $7.5 million at press time. The largest win from a single bet was around 54 ETH. The steady rise and accomplishment of the platform received recognition as well after Fairspin was nominated in a Rising Star category by EGR Operator Awards and SBC Awards. Fairspin also attended SiGMA iGaming Expo in Malta in November 2019, as one of its exhibitors along with partners – Trueplay and eGaming Curaçao.

Advantages and Benefits for players on Fairspin

Some of the major benefits allotted to players by Fairspin are listed below:

As the platform is built on a blockchain, the use of digital assets was a near certainty. The use of crypto made sure the deposits did not disclose the owner’s personal data and anonymity was maintained. Fairspin also enables quick payments that cannot be blocked by banks and the speed of transaction is dictated by the speed of blockchain. Moreover, there are no restrictions or limits on deposits as players can transfer any amount of cryptocurrency on the platform.

However, recently Fairspin has added a payment option for those who prefer using fiat, through Mastercard and Visa.

As most of the processed transactions are registered on the blockchain, the casino balance can be accessed by the players at any time. Unlimited instant and quick withdrawals are facilitated as well but they should be directed to an anonymous crypto wallet.

New players coming into the platform are awarded a welcome bonus of 30 free spins and there is also a bonus for the first four deposits made by the players.

Another advantage for the players who may undergo a spell of bad runs and lose their bets, Fairspin allocates a cashback of 10% of the total amount lost. Moreover, with the help of blockchain technology, the casino does not attain any control over the jackpot or lotteries as the prize is guaranteed with a smart contract.

Fairspin’s Honesty Control feature is one of the most unique implementations amidst various casino servers out there. Usually, when you make a bet, it is saved on the casino server but on Fairspin, the registry is done on the blockchain. Verification is highly efficient and most of the data get de-identified and stored in an encrypted form.

All in all, the honesty control feature of Fairspin.io establishes a level of trust between the platform and players, which can be accounted for by maintaining a fair and legitimate online casino.

Gambling is an addictive form of activity and it can easily go out of hands for certain players. One of Fairspin less talked about features is its Responsible Gaming. The company provides responsible gaming measures for the players who would wish to restrict their activities on the Website. The controlling mechanisms that are available includes:

b. a cool-down period;

All the above mechanisms can be acquired either by Customer Support or Curacao Gaming Control Board (GCB).

Overall, the organization is a well-structured platform that has taken care of the necessary objectives with regards to security, rewards, and anonymity. The online casino is also available in English, Spanish, German, Portuguese, Russian, Japanese, Turkish, and Polish, which improves its appeal all around the globe. The platform has had a limited time in the industry and with more maturity and experience, it can become one of the most sought-out online casinos across the online gaming industry.

Disclaimer: This is a paid post and should not be considered at news/advice.

Bitcoin investors could profit from the new IRS guidance