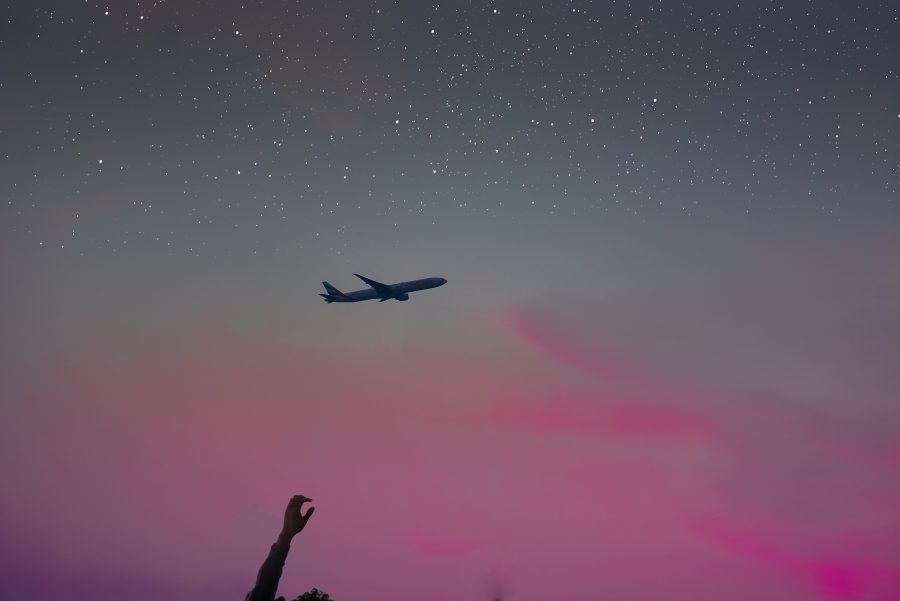 The Libra ordeal is unlike any other. A social media giant, at the firm center of Silicon Valley, begins working on a digital currency in complete secrecy. Not only is an area in Menlo Park cordoned off for the project, but Facebook slowly begins picking off people from technology, finance and blockchain companies to build its project.

During the fanfare and fright that preceded the unveiling of Libra in June, there were reports of the social media giant approaching cryptocurrency exchanges. Based on this association, one would think that Facebook was working on a tradeable coin, rather than a currency for the “unbanked.” After-the-fact, it seems, that exchanges are out of the question, or even opposed to the very foundations of Libra, but their brief tryst with exchanges does build intrigue, where do cryptocurrency exchanges fit into the Libra paradigm?

PENNED in the PAPERS

Months prior to the official Libra release, several reports surfaced of Facebook executives “secretly approaching,” cryptocurrency exchanges in order to build eventual platforms for their digital currency to co-exist. According to a pivotal piece by the New York Times’ crypto-focused journalist Nathaniel Popper, Facebook wasn’t the only messaging application getting in the good books of exchanges to seal a deal, so to speak.

The February piece, a full four months prior to Libra’s official release cited “people briefed on negotiations,” between Facebook and not financial regulators or central bank officials but cryptocurrency exchanges. Facebook’s conversations with said exchanges went so far as to reveal their estimated launch date for the then ‘GlobalCoin,’ which was marked for the first half of 2020, subsequently delayed to the later half, owing to concerns from authorities.

A possible benefit to Facebook, if this partnership [in whatever form] with said cryptocurrency exchanges manifests, would be the ease of the “regulatory burden,” stated Popper. The exchange, said the report, would be accountable for “holding the digital coins and vetting customers,” which we now know will be completely administered by the Menlo Park giant itself through its complete control of the digital wallet Calibra.

Interestingly, one of the first crypto projects that Facebooked tapped to gain knowledge on the space is Stellar, now an IBM WorldWire partner. Business Insider, in August 2018, reported that Facebook’s blockchain team met with Stellar, however, the inclination, back then, was more for a network that could benefit the institutional and banking world, while the Libra project signals [for now] retail dreams.

Based on this timeline, Facebook’s draft for Libra went through a series of changes. First form an institutional focused investment product, then to a tradeable coin, and now a currency for the developing world.

Facebook could’ve well been fortifying itself against all possible externalities, hence the exchange approach. However, their own documentation reveals the possibility of an exchange listing, maybe down the line in the future. Under the “Libra Currency and Reserve,” section, the whitepaper clearly stated that exchanges could be used to buy and sell Libra.

“Libra is designed to be a stable digital cryptocurrency that will be fully backed by a reserve of real assets — the Libra Reserve — and supported by a competitive network of exchanges buying and selling Libra.”

From a funding perspective as well, the ties persist. Andreessen Horowitz, the VC firm, knee deep in several cryptocurrency companies, including Coinbase, is also an early investor in Facebook and, low and behold, a part of the Libra consortium. Union Square Ventures another VC firm has its hand in the Facebook Libra Association jar as well as the Coinbase backers jar.

Katie Haun and Chris Dixon, general partners at Andreessen Horowitz serve on the Coinbase board. Dixon worked at eBay during its ownership of PayPal from 2002 to 2014, at which time Marcus was the President of the payment provider. Fred Wilson from Union Square is also on the Coinbase board.

Anchorage,the crypto-custody provider and member of the Libra Association is also a recipient of Andreessen Horowitz’s funds, and has joined hands with Coinbase to form a ‘self regulatory,’ council for assessing certain digital currency’s  likelihood to be classified as securities. This group of crypto centric companies, collectively called the “Crypto Rating Council,” includes top cryptocurrency exchanges like Kraken, Bittrex, Poloniex as well as institutional crypto firms like Grayscale, DRW Trading and Genesis Trading.

Facebook both in terms of negotiations and on paper is intended on partnering with cryptocurrency exchanges, and there seems to be a favorite. With Coinbase’s membership in the Libra Association and leading a cryptocurrency exchange rating council, not to mention its slew of common backers, a connection from Menlo Park to San Francisco is set at least in terms of the supporting infrastructure.

Small sidenote: Binance, the largest cryptocurrency exchange in the world, and rivaling Coinbase in terms of stature, launched Project Venus, a platform to build “localised stablecoins.” This Project, which many thought would rival Libra, was rolled out right in the middle of Libra’s regulatory mess. Changpeng Zhao, the CEO of Binance dismissed the chances of a rivalry, and instead stated that Libra and Venus can “co-exist.”

In fact, this should help Libra, if you think about it. Will leave it at that. https://t.co/HLSywLb2mi

Being shrewd and measured are essential tools of the trade in the cryptocurrency industry, even more so for cryptocurrency exchanges. With the mounting regulatory pressure, exchanges are operating within the confines of the guidelines imposed by national and international agencies, and they clearly see Libra as a regulatory-crypto Whack-A-Mole which should rather be avoided than accepted.

Looking at the crypto-regulatory landscape from this point, the cost-benefit seems lopsided. Facebook would certainly benefit from being listed on exchanges, but given how regulatory sharks are circling Libra, hungry for blood, the latter do not look to take the dive.

Sean Keefe, Managing Partner at Straight Up Capital told AMBCrypto that the main case for Libra partnering with cryptocurrency exchanges, albeit only during the initial phases of operation, is for “adoption.” Facebook did mention that their aim was to channelize Libra via the messaging application Whatsapp, and launch it in the Indian market, due to its remittance pull, but those plans did not manifest due to the country’s crypto-averse stance.

Before exchanges even look at Libra with prospective eyes, the question of what Libra is has to be determined.

Libra, since being backed by fiat currencies and short term government deposits, is more akin to an investment, rather than a payment currency, as Facebook argues. The areas of generation and degeneration of Libra will be the Association which merchants can interact with, however, exchanges [if included] will act as a mere intermediary in this hypothetical case, transacting Libra between parties, further solidifying its stance as a fund. The only point of different, hence remains, the interest to shareholders which the whitepaper explicitly addresses,

“Users of Libra do not receive a return from the reserve.”

Positioning Libra as a stablecoin, although not a single-currency centric one, a takeover of Tether, rather than Bitcoin would be likely, according to Aritom Pucinskij of Money Transfers. He stated that Facebook, in this tryst, would aim to be the “stablecoin of choice.”

Status of Libra, in the eyes of the SEC, will also be scrutinized by the exchanges prior to them accepting any partnership premise from Facebook. The first move, will be key here. If Jay Clayton, the SEC Chairman, who has previously admitted to Libra showing inklings of an ETF, albeit not the whole package, enters the discussions, exchanges will steer clear. Kyle Asman, co-founder of BX3 Capital, echoed the same, stating,

“I don’t think any exchanges will allow Libra to be traded or sold until there is a clear determination made by the SEC regarding its status. Before anything else, the exchanges will wait for the regulators to move.”

Final call on Libra aside, even the very question of approaching exchanges, something not a lot of mainstream financial companies would not attempt is intriguing, and the intrigue builds from the very crux of Libra, or should I say, Calibra. David Marcus’s tryst for digital currencies began with his arrival at the upper echelons of Coinbase. Brian Armstrong, the exchange’s CEO stated that Marcus would be guiding Coinbase in the “payment and mobile space.”

David Gerard, the author of Attack of the 50 Foot Blockchain told AMBCrypto that there is no question that “Libra was inspired by cryptocurrencies,” adding that Marcus has been a “fan for many years.” He added that including the Facebook digital currency would be “something they [exchanges] would like.” The key once again, is how this would be taken by the regulators.

Facebook approached the question of Libra more from a Blockchain perspective, building the network and the members of the networks, rather than view it as a payments project, securing the backing of regulators. This lack of foresight, backfired for Facebook, and the regulators weren’t too happy about it either, stated Gerard. The other end of the stick, the traditional finance sector will also be averse to Libra given this regulatory target, and hence a move towards exchanges would not serve Facebook or Libra very well. He told AMBCrypto:

“The regulated financial sector is averse to cryptocurrencies, as a money-laundering risk – so getting listed on crypto exchanges may be bad for Libra’s reputation with the respectable parts of finance.”

Libra needs a way out once their regulatory ordeal is settled. Retail focused, at least based on initial information, and SEC-free, Facebook could revert back to the exchanges that they contacted earlier in the year.

The intent, here, would be more along the lines of infrastructual support, rather than actual trading help. With Facebook’s overlapping manpower and obvious ties with Coinbase, and the exchange’s leanings away from core-crypto and towards Silicon Valley, the pairing draws intrigue, with evidence. If Facebook does go the route of exchanges, there’s no surprise where they’ll start.

Hence one side of the ordeal remains certain, but the other is still unclear. Exchanges, at least for now, aren’t very excited about Libra, especially with regulators peering from the shadows. Facebook’s plans to launch on “competitive exchanges,” to build their retail dreams, once the regulators are dismissed is prospective, the question remains, will exchanges comply?

Cardano witnesses a respite from bears, forming bullish pattern with ~10% rise in the near future