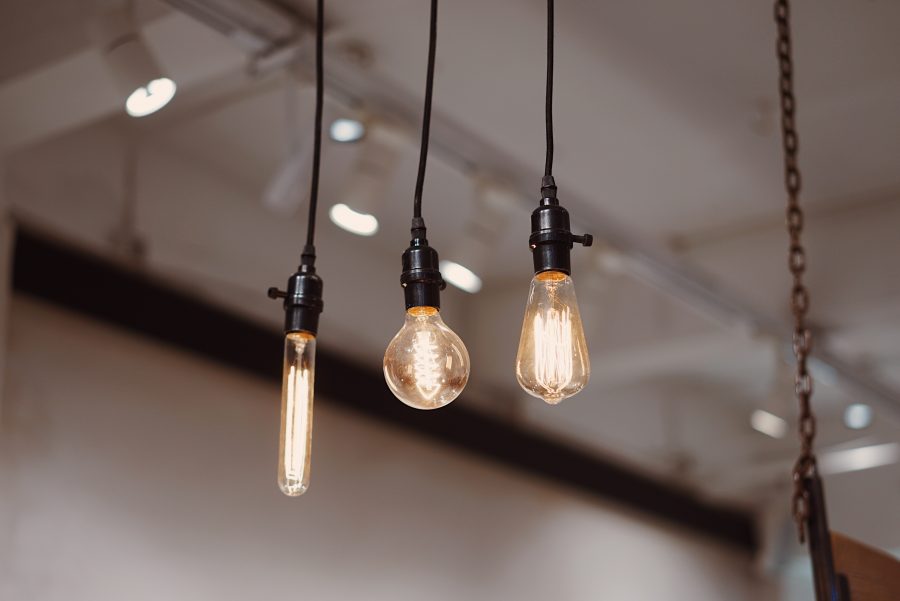 Like Bitcoin, Ethereum set a standard for programmable smart contracts, a development which explains why ETH is the second-largest cryptocurrency in the world. Many of its ERC-20 tokens have separated from the mainchain to develop their own blockchains, with BNB being the best example. However, there are many that still function on Ethereum blockchain, which has led to the network being ‘clogged’.

Ethereum developers and its creator, Vitalik Buterin, plan to unclog the network by switching to PoS, which is being worked on heavily by Ethereum developers. ERC tokens are a huge part of Ethereum’s ecosystem. According to Etherscan, a total of 224,520 token contracts were available as of 13 November.  The top three ERC tokens in terms of their 24-hour volumes include Tether’s USDT, Binance’s BNB token, and Chainlink’s LINK token.

CoinMetrics’ recent report highlighted that the market cap of ERC-20 tokens is nearing that of Ethereum’s and that this is a disadvantage for a network that is supposed to be the World Computer. Alternatively, the huge growth of ERC tokens can also be looked at as ETH’s massive growth in its use as asset issuance and programmable money. 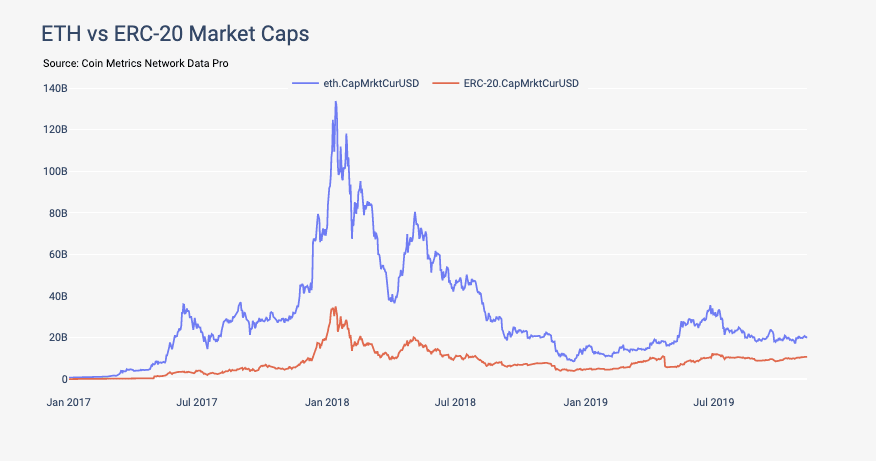 The growth of ERC-20 tokens poses no threat to Ethereum unless permissionless assets start to exceed the value of ETH, said Ryan Sean Adams, in his Twitter thread. 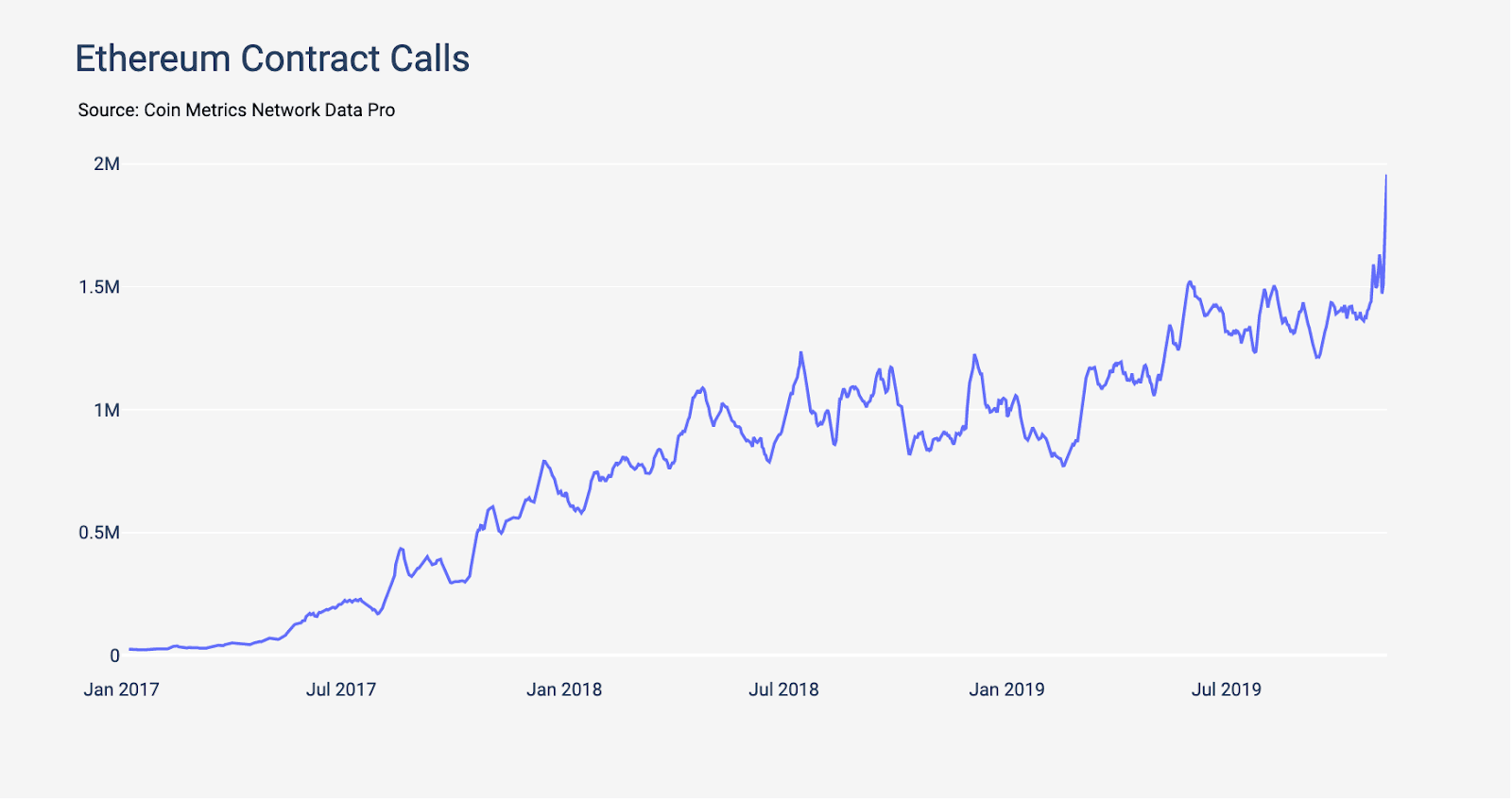 Additionally, Ethereum’s contract calls have hit a couple million from a few thousand in over 2 years and are being used for its intended purpose – settlement for programmable money. Moreover, games like GodsUnchained have brought back the hype around DApps or smart contracts, like it once was, during the days of CryptoKitties.

Crypto-growth over 10 years better than a quick rally: eToro CEO