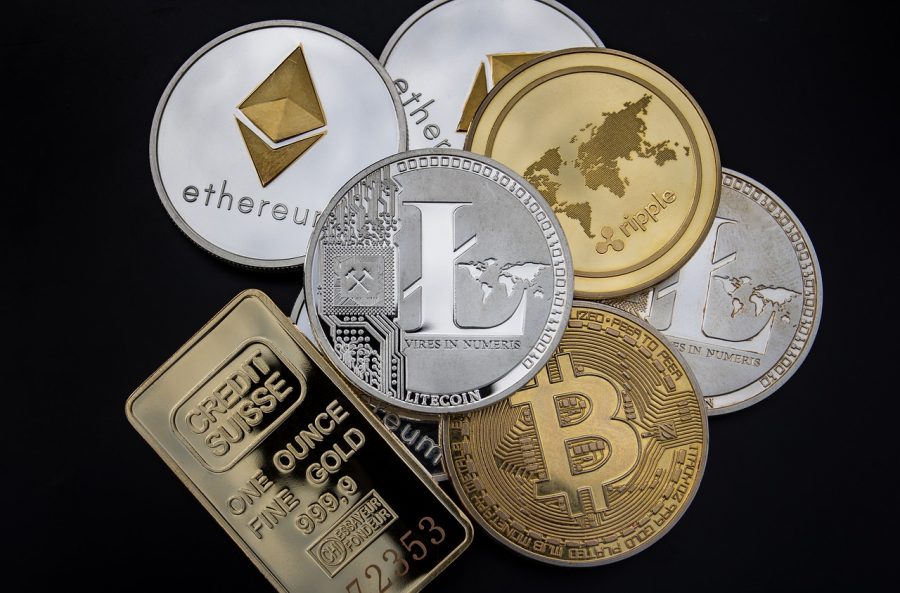 The year 2019 began with a flat start. However, as the year progressed, hopes for another bull run gained momentum. However, it did not take much time for the community to notice that there was no bull run or alt season, but just another period where most cryptos shed their value. According to a research report by Arcane Research, out of the top 10 cryptocurrencies in the market, only five reported positive returns, while the remaining cryptos continued to try and recover from the bear attack. 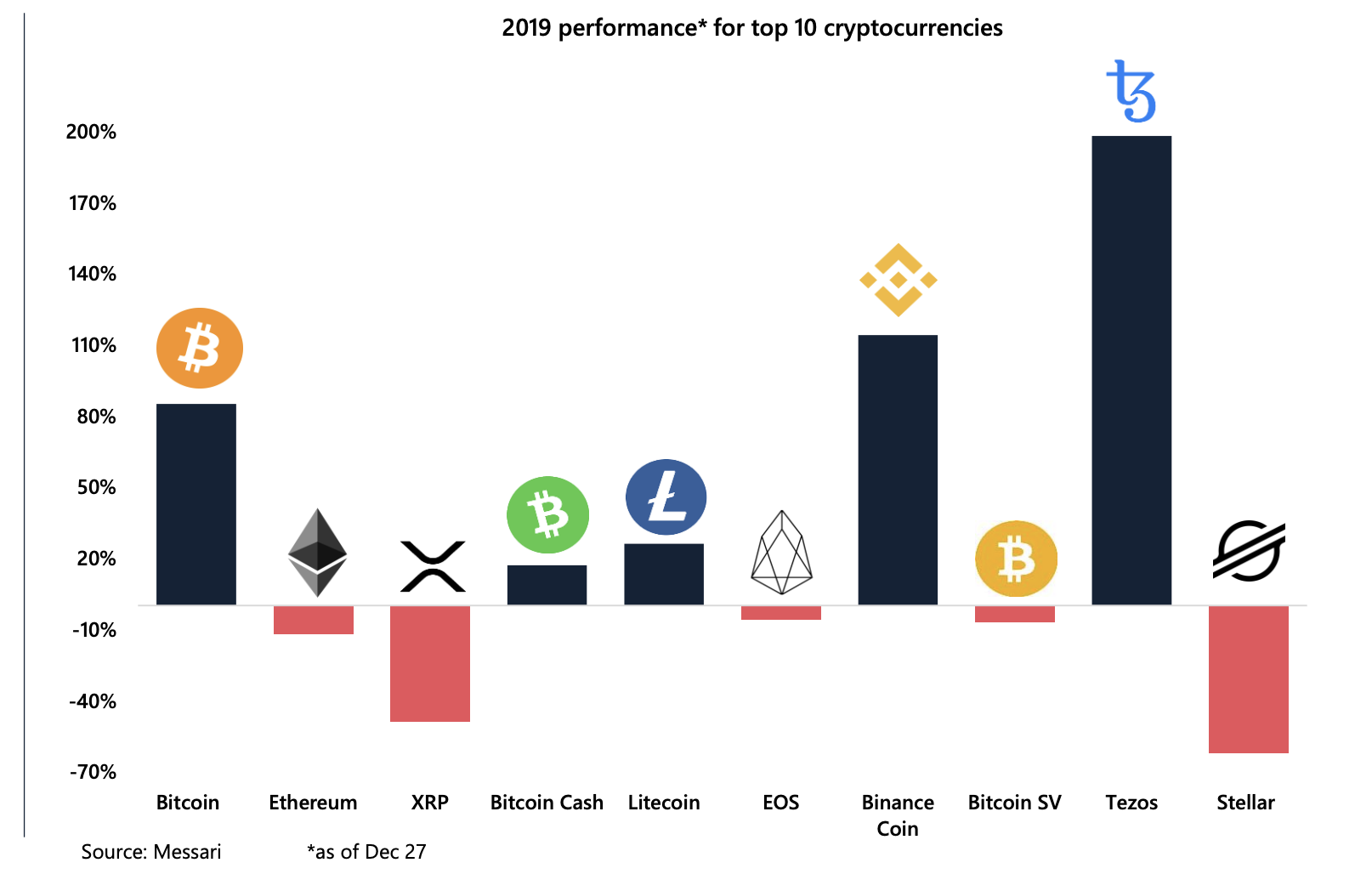 Tezos [XTZ] was the only new entrant in the top 10 and was reportedly the highest yielding investment for users. The coin’s yearly return was close to 200%, followed by Binance Coin [BNB] with 110%. Stellar Lumens led the losers by shedding 62% of its value, the highest among the top 10 crypto-assets.

Bitcoin [BTC] reported triple digits growth until mid-2019 and slipped to become the third-largest crypto in the top 10 to note positive returns of 85%. Its close competitors, Ethereum [ETH] and XRP, remained in the negative, noting falls of 12% and 49%, respectively. Even though Bitcoin struggled in the latter part of the year, it still managed to outperform all indexes as the small caps struggled. 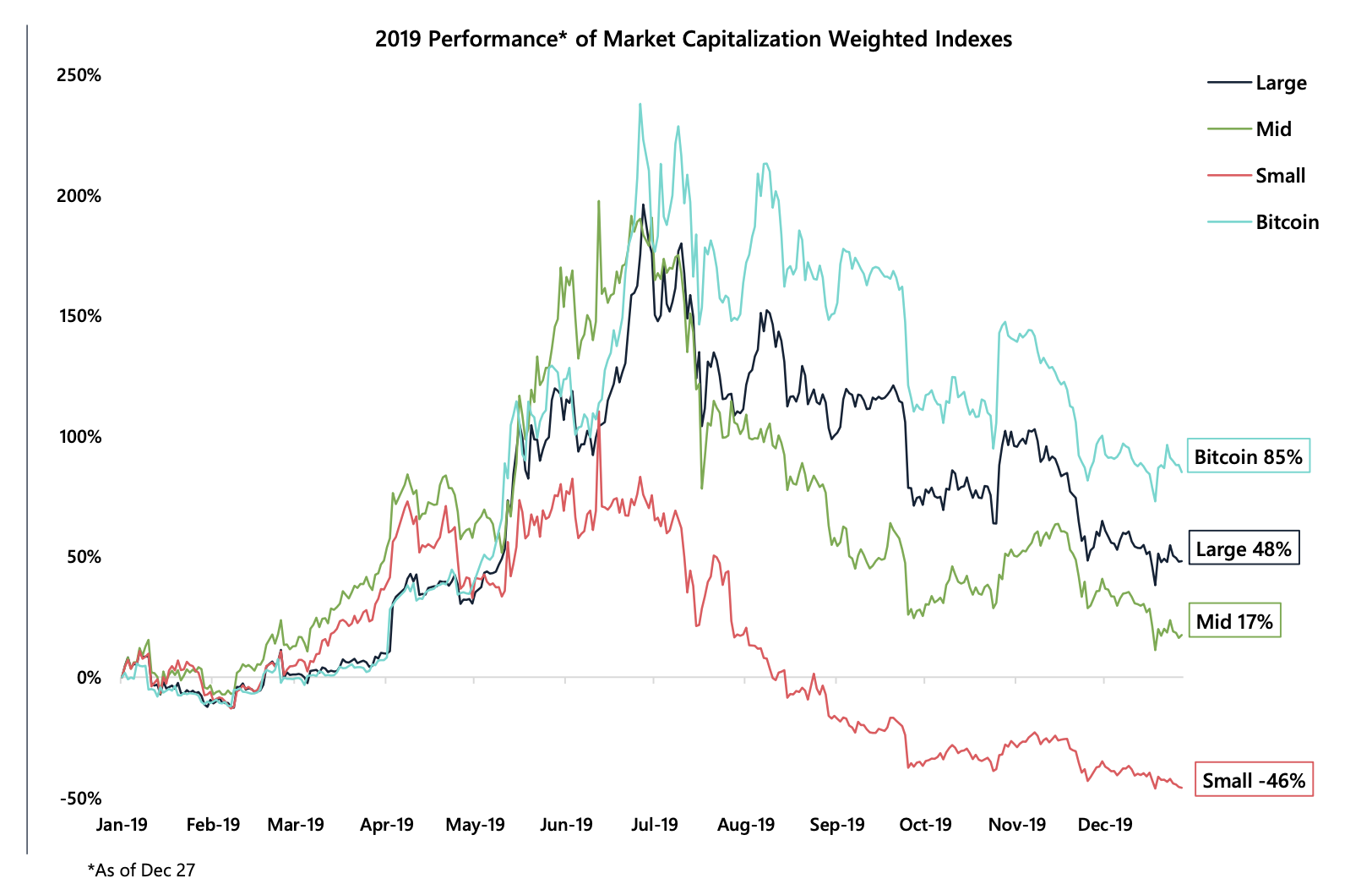 The small caps had a positive start in 2019, but have been seen struggling since May. The index has been down by almost 50% YTD. However, in light of the large number of tokens with no real value and old ICOs, this kind of decoupling from the overall market may continue.

Meanwhile, Bitcoin’s correlation with digital asset Ethereum was reportedly unchanged in 2019. However, the gold correlation increased by 0.2 from below 0. With great volatility in the market, Bitcoin, Ethereum and XRP dipped in value over the past week. 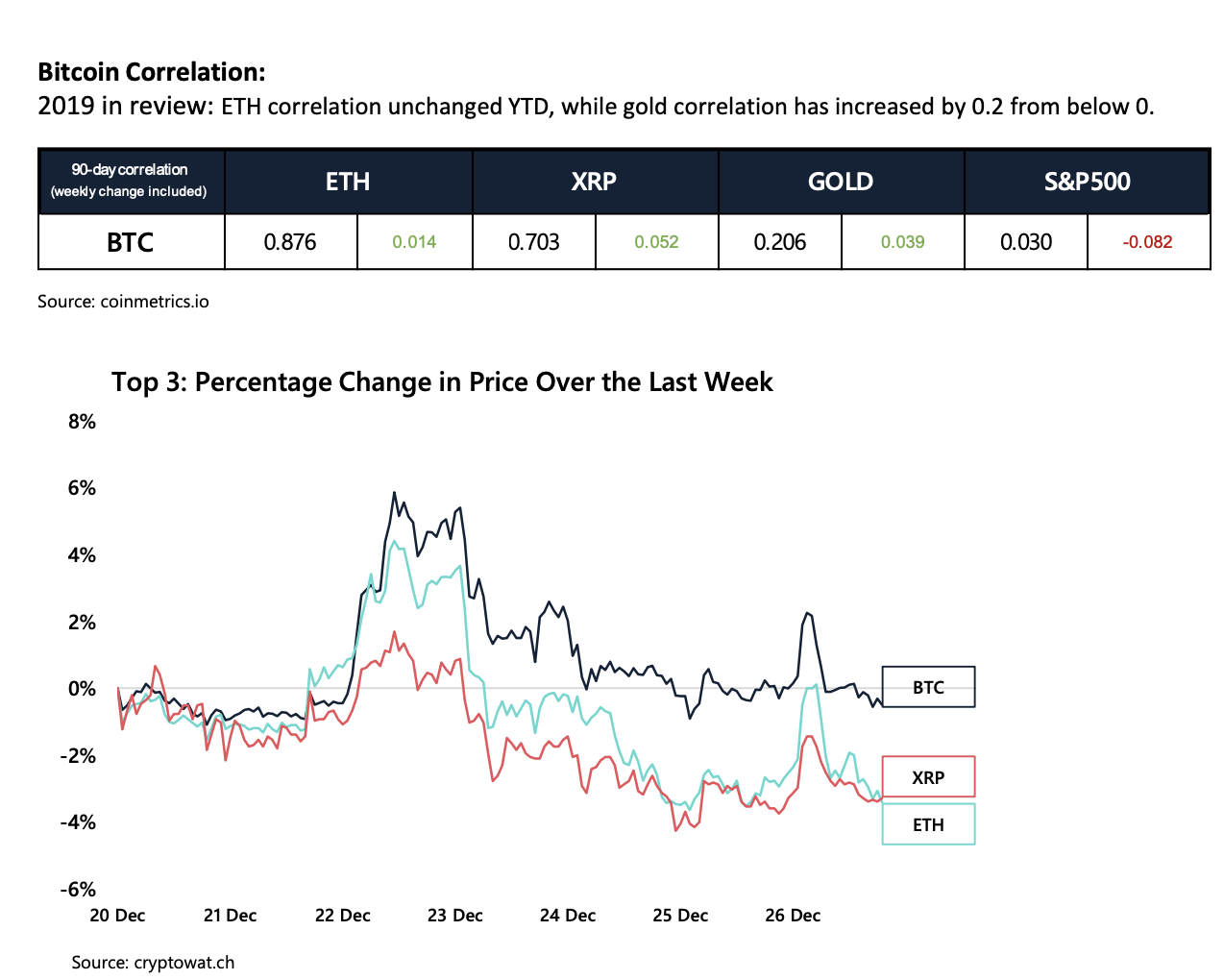 Even though Tezos [XTZ] remained the highest revenue-generating digital coin, it performed the worst over the last week as it fell by 9.93% over seven days.