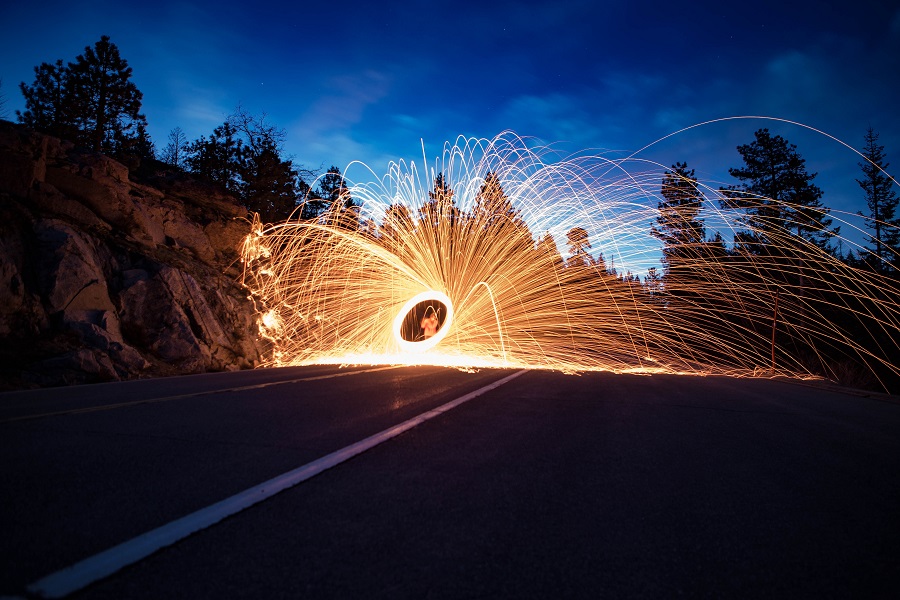 Ethereum has been free-falling for quite a while now and yet, the bottom doesn’t seem to be in yet. However, a largely bullish pattern has formed, with ETH bouncing in it and starting its mini-rally on the daily time frame. 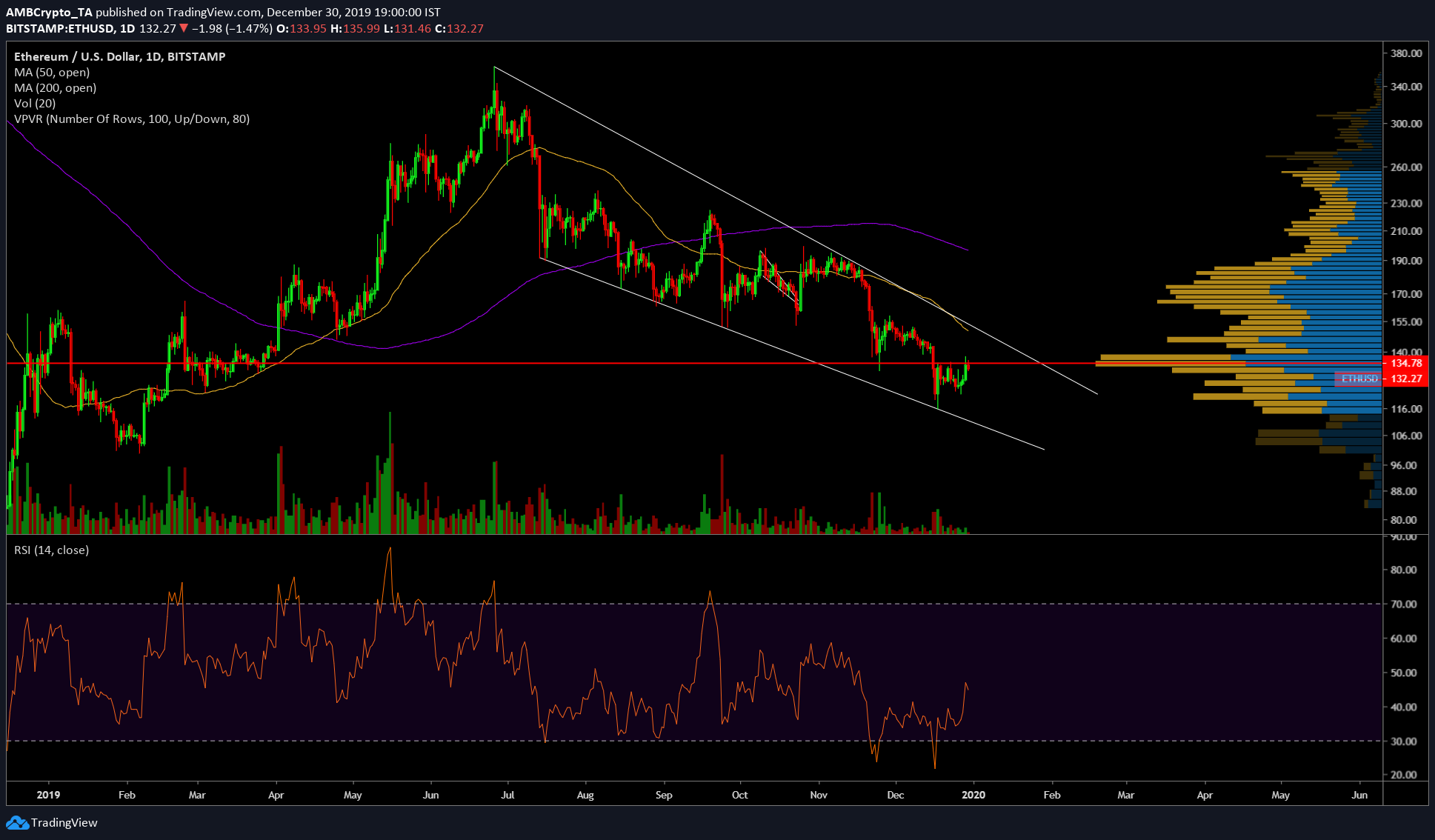 At press time, the price of ETH was $132 with a market cap of $14 billion. The dream of a higher price for ETH is being deterred by multiple factors, VPVR’s PoC, bearish pressure from the Death Cross, and a local resistance for the RSI.

The Point of Control for ETH is at $136.22; it is a place of the maximum price-volume action for Ethereum spanning from 1 January to 30 December 2019.

Additionally, the uber-bearish signal is the increasing gap between the 50-DMA and the 200-DMA. A Death Cross usually signifies a major shift in trend for crypto-assets and is used widely in traditional financial markets. The Death Cross for Ethereum occurred on 5 September 2019 and it has widened since.

Finally, the Relative Strength Index, an indicator that gives a picture of the relationship between buyers and sellers showed signs of exhaustion. There is a bounce-back at the 50-level, one where the buyer strength equals that of sellers. Further continuation of the bounce to the bottom would substantiate short-term downward movement.

With another hard fork [Muir Glacier] on the line, exchanges are prepping for the upgrade. Recently, the smart contract community seemed to be coming under attack by Bitcoin maximalists for various reasons. The top and oldest reason would be Vitalik Buterin’s pre-mine and the supposed ‘un-fair’ distribution of ETH. Coming in second would be the decentralization aspect and how Ethereum is not.

As for the technicals, the price doesn’t seem to be doing well. Perhaps, a retesting of the $125 to $120 level seems plausible over the coming week.

However, to balance things out, the bullish pattern seems to be coming to an end; a break above $136 and $153 could put the bullish scenario in play. A perfectly bullish breakout could push the price as high as $180, with an overly optimistic projection putting it at $190.