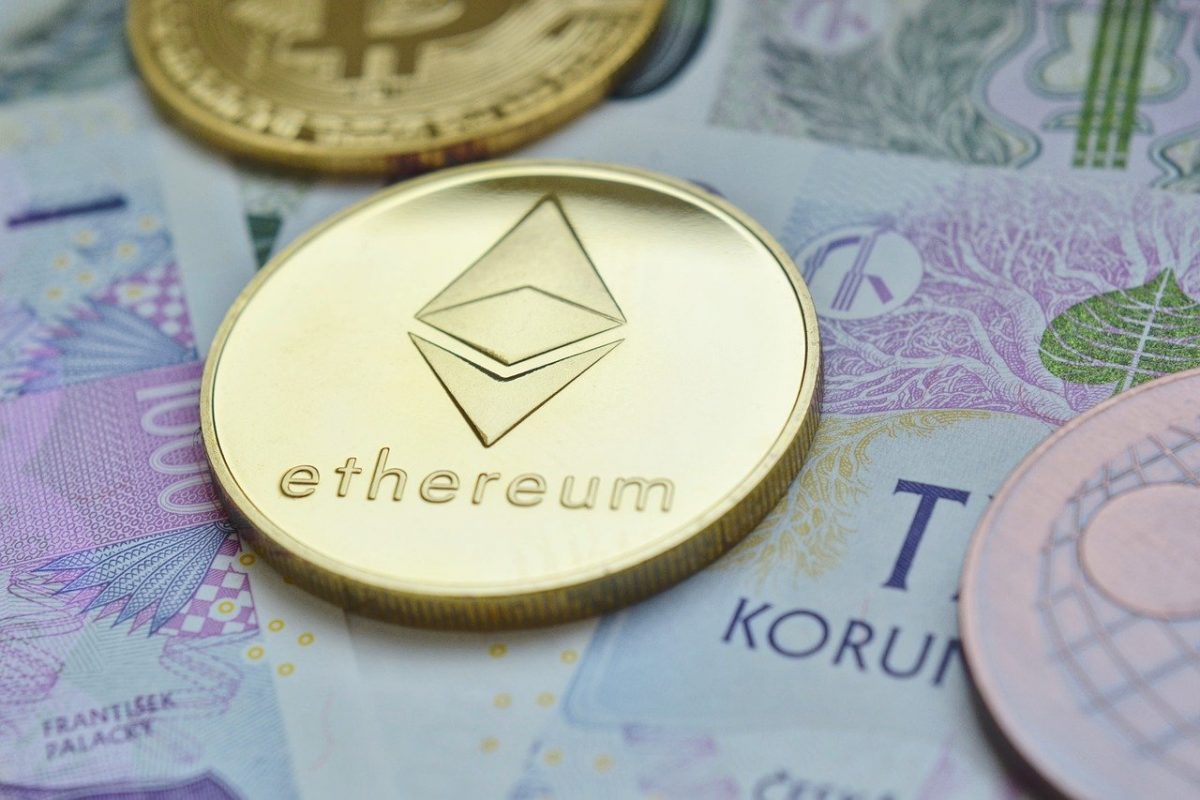 Ethereum’s network has been highlighting new trends taking shape in the market. Recent observations noted that the users were paying more fees than the network’s spending. According to data researcher, Ankit Chiplunkar of TokenAnalyst, the miners of uncle blocks received 20.4k ETH in March 2020, whereas the fees paid to the miners jumped higher to 26.1k ETH. 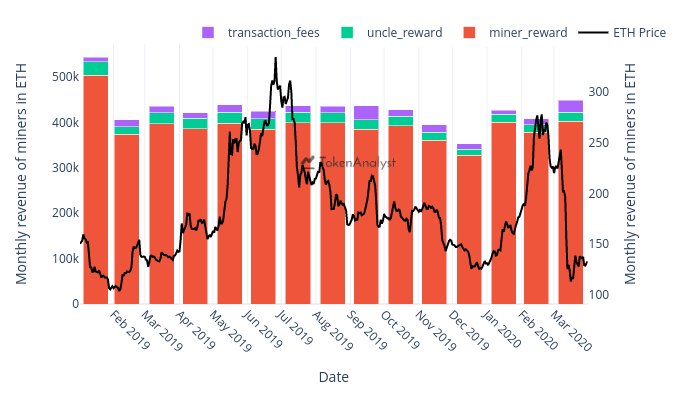 This hike in miner fees indicated that the users were now paying a greater cost than the amount used by the network to maintain the 15 seconds block time.

According to the data provided by Chiplunkar, the user’s fees remained lower than the uncle block rewards, since February 2019. However, the fall that took place in March 2020, might have contributed to changing the narrative. Ethereum had noted a fall over 50% and this drastic devaluation was observed throughout the market. 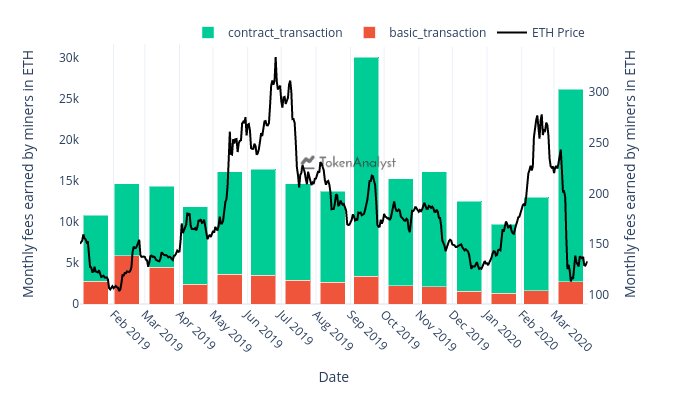 As per the data provided in the above chart, the fees paid by basic ETH transactions in March 2020 was close to 2.7k ETH. However, the fees paid by smart contract transactions amounted to 23.4k ETH, which was 8.6 times that of basic transactions. However, these observations can be an anomaly in the market due to the price crash and the fluctuation in price. In order for it to be considered an established trend, the same pattern needs to be followed in the coming months.

Despite the market tricks, Ethereum’s on-chain data reflected a healthy state of the network. The active addresses surged by 15% week-over-week, while the realized cap fo ETH increased by 1.6% from the previous week. Along with the crypto, Tether issued on Ethereum was also gaining pace in terms of usage. According to Coin Metrics, USDT-ETH reached 143.32k daily transactions on 7 April, a value not seen since September 2019.

Related Topics:Smart Contract
Up Next