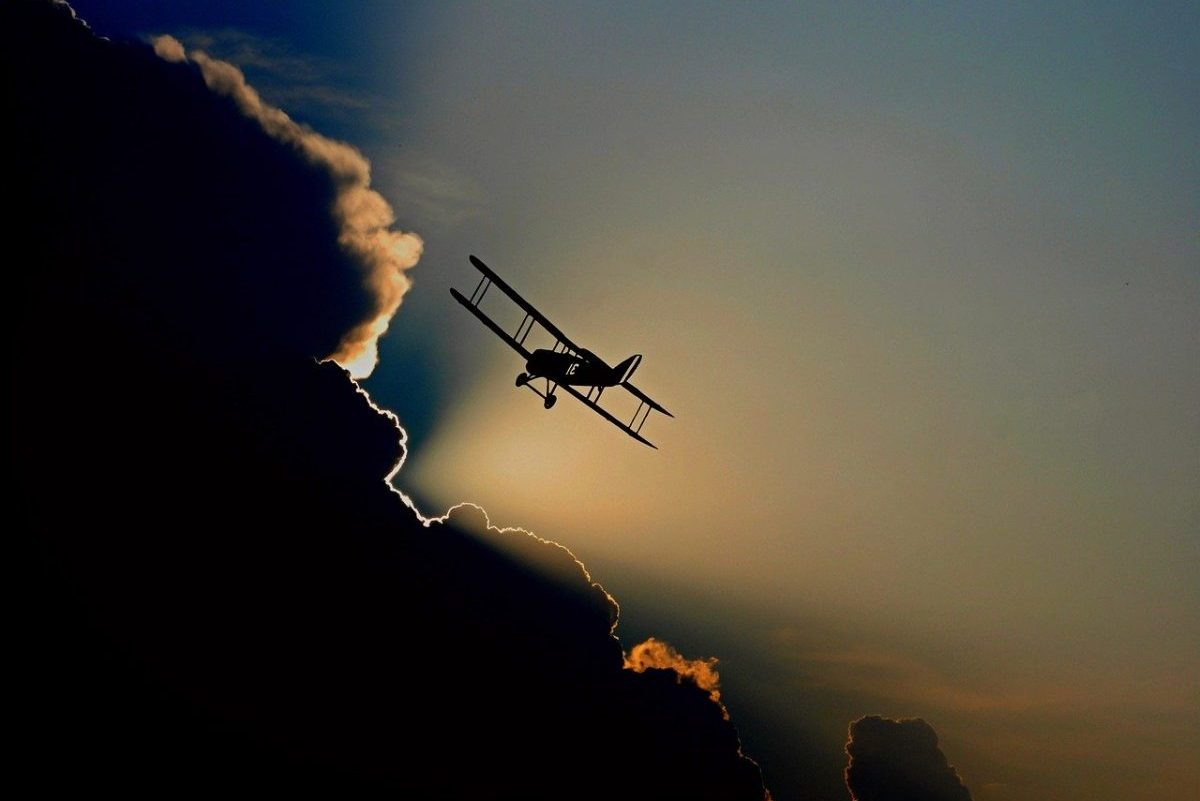 Ethereum’s run in 2020 has been a fairly good one. Though down by over 27% since its yearly high, the world’s largest altcoin has been able to maintain a largely positive sentiment. Further, Ethereum has been noting strong hodling sentiment over the past couple of months too. 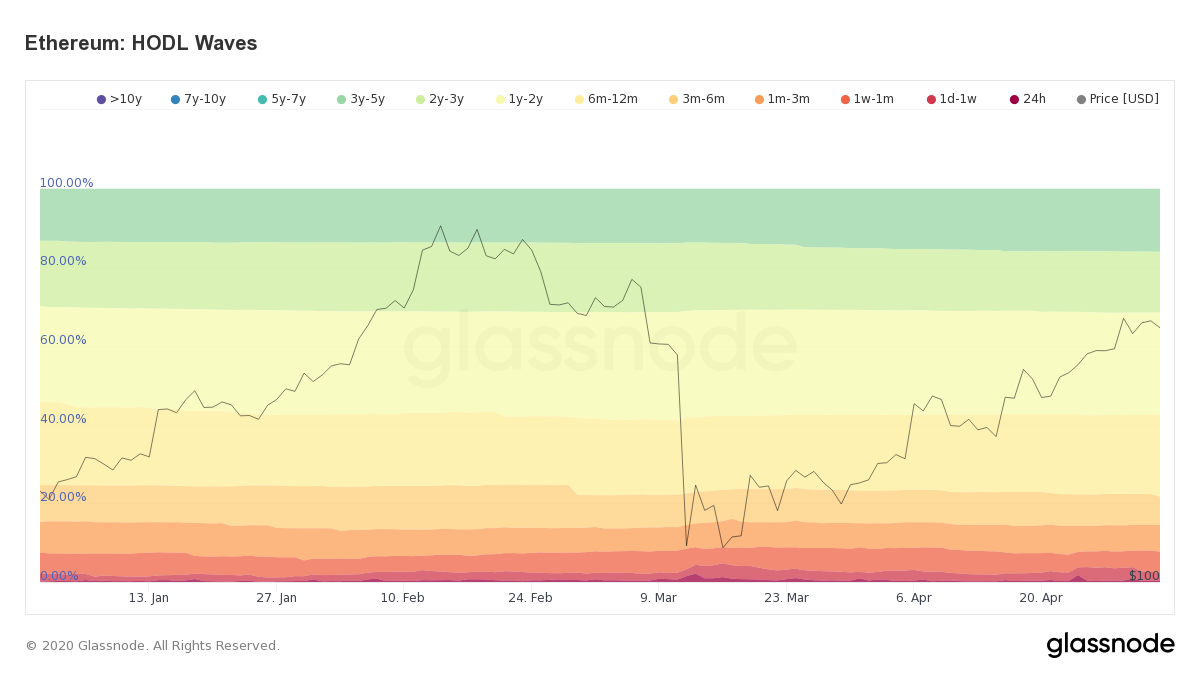 Source: Glassnode | Till 3rd May

However, soon after, the price recovered, and so did the periodic values; only this time, the figures recorded a massive spike. According to Glassnode’s chart, the figure for 3y-5y rose all the way up to 271.1%. 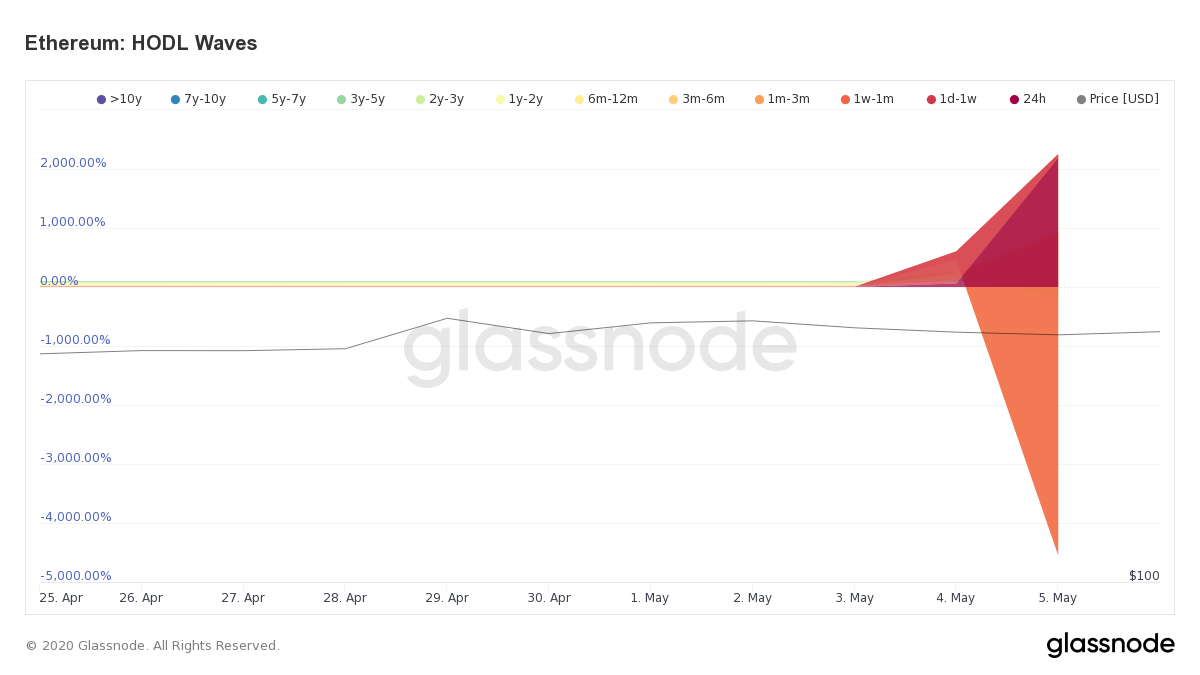 Source: Glassnode | After 3rd May

Additionally, the amount of Ethereum held with exchanges such as Binance, Bitfinex, BitMEX, Bitstamp, Bittrex, Gemini, Huobi, Kraken, and Poloniex, rose at a rate unseen over the last two years. The same can be confirmed by observing CoinMetrics’ latest charts. 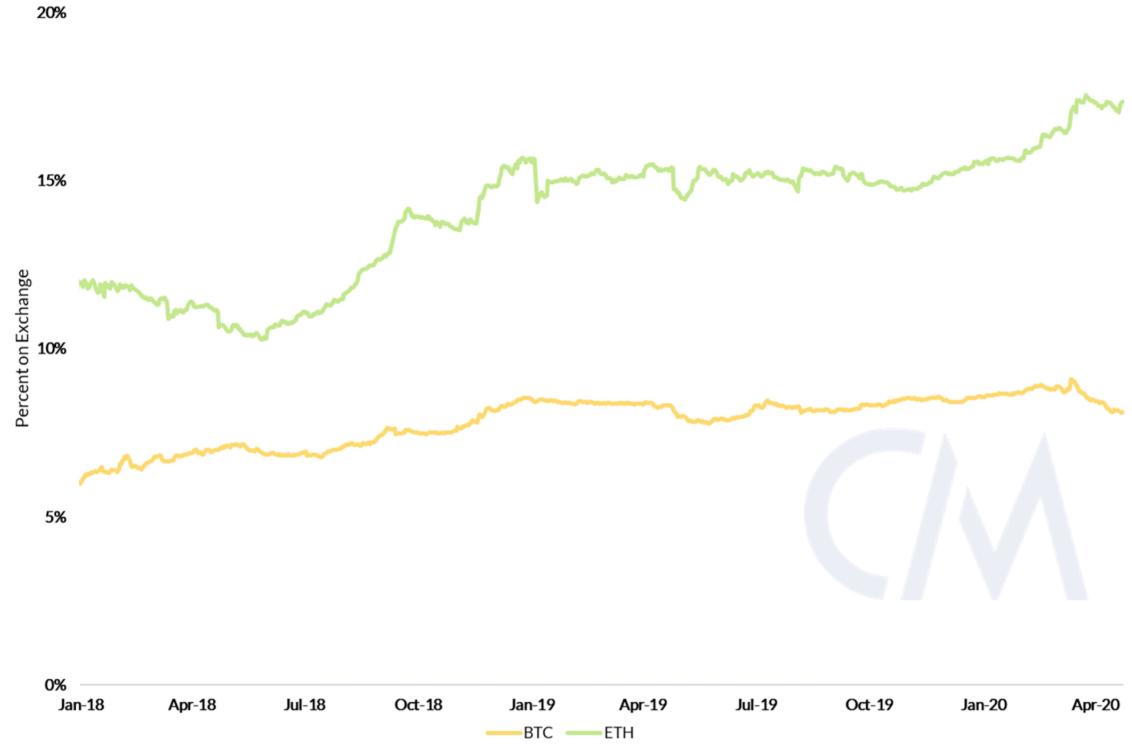 So, what could be the reason behind this dramatic rise? Over the course of the year, Ethereum has exhibited a significant correlation to the price movement of Bitcoin. The anticipation surrounding a potential price pump right before Bitcoin’s halving has taken over the ecosystem. The social volume, so far, has also been positive, even if it could be investors indulging in FOMO. Despite a minor divergence, the ETH-BTC correlation has been very strong this year, with the correlation coefficient, at the time of writing, recorded to be 0.89.

To top that, Ethereum 2.0’s developments could also potentially be a factor in fueling the Hodling sentiment. Recently, OKEx Pool became one of the first large mining pools to support the Ethereum 2.0 Topaz test network. This has been a moving target for the better part of 2019. As it dragged its feet all the way to 2020, its impact was well-received as Ethereum rose sharply to a yearly-high of $289 after bottoming out close to $115 on 18 December 2019, its highest level since July 2019.

It has been quite a busy year for Ethereum. The transaction count, a figure which had declined in February almost to a 12-month low, rose significantly by over 70%, with a driver of this activity noted to be the explosion of stablecoin issuance on Ethereum’s blockchain.

10K Ethereum calls traded in a day; is the Options market foreseeing changes?

Ethereum might face inevitable drop to $187, with low re-test probability at $170