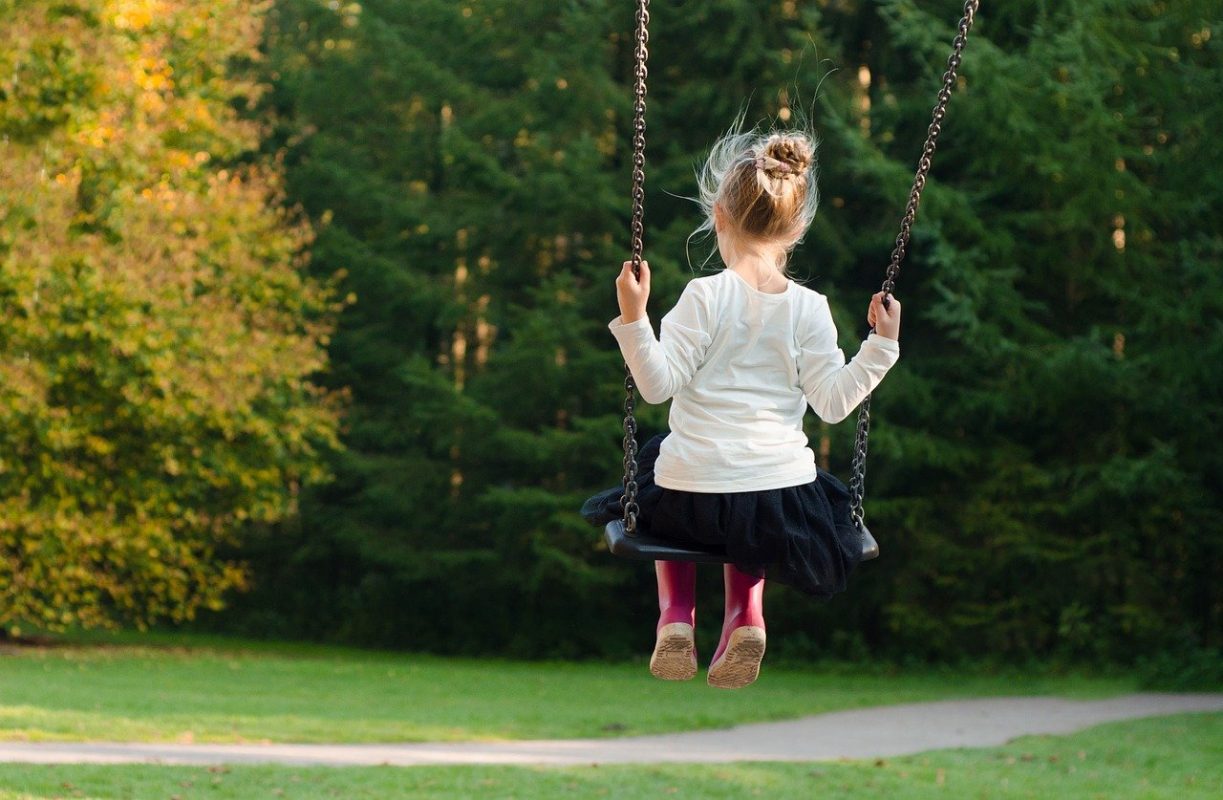 Bearish sentiment continued to be the norm across the crypto-market, at the time of writing. While Ethereum appeared likely to face further losses on the charts after forming multiple bearish patterns, Ontology continued to slump too. On the contrary, Maker flipped a level of resistance to support and was likely to see more gains in the next few days. 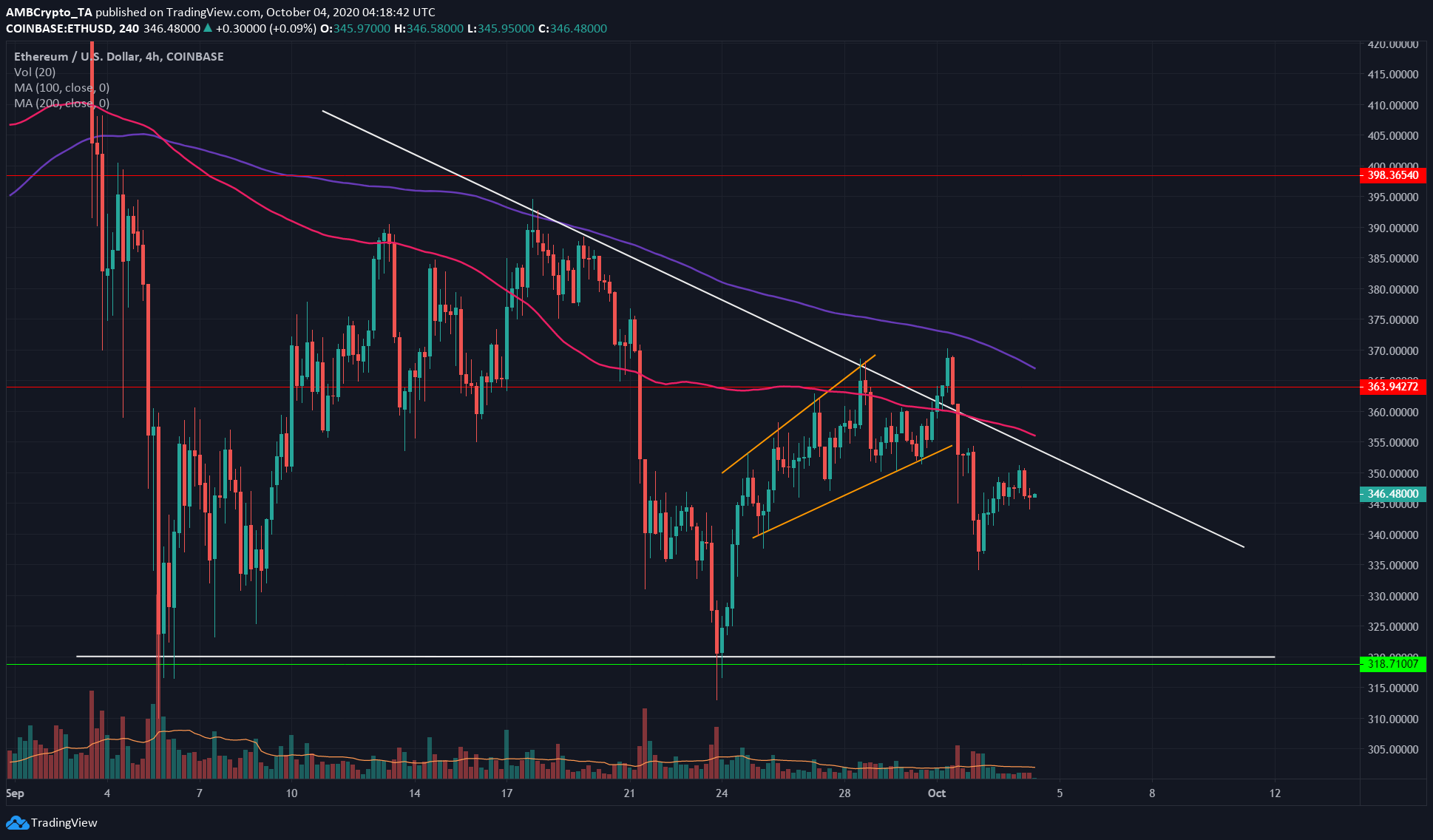 Ethereum formed an ascending broadening wedge (orange), a bearish reversal pattern, right beneath the trendline resistance (white). This indicated that ETH was poised for a drop, following which, Ethereum dropped to as low as $334.

However, ETH did rise to $350 in the next few trading sessions and at press time, was trading at $346.

The white descending trendline was part of a descending triangle pattern, a formation that generally means a breakout by the asset to the downside.

The 200 SMA (purple) and 100 SMA (pink) also formed a bearish crossover on the charts. After ETH surged above the resistance at $363, the selling volume was significant and suggested that traders were happy to take the profit.

In conclusion, Ethereum seemed set for another drop that could take it as low as $260.

In other news, Vitalik Buterin addressed the issues of scalability on the Ethereum network recently and stated that several non-financial dApps were forced to shut down due to high ETH gas fees. 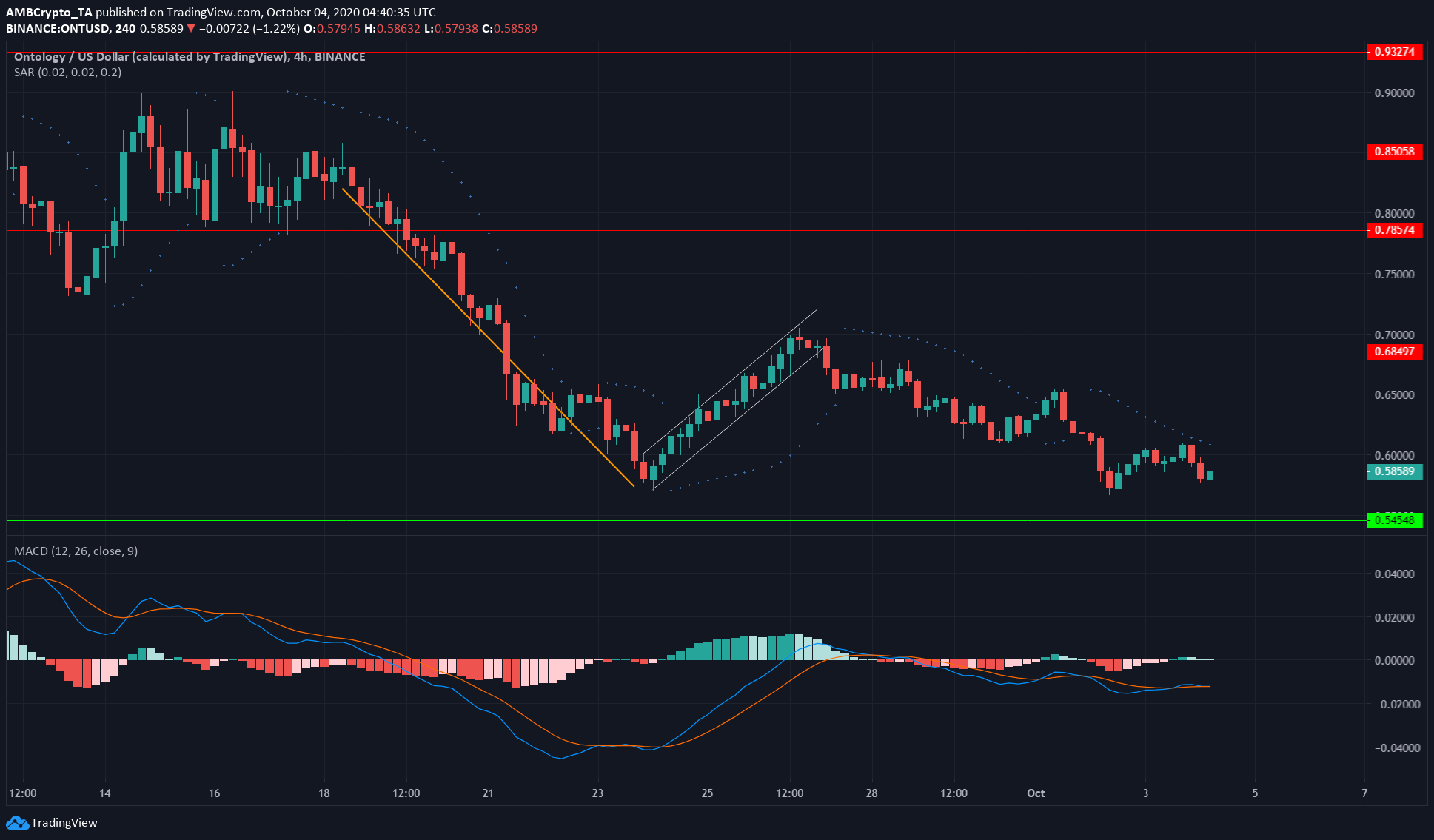 Ontology faced resistance at the $0.68-level, with the crypto slowly sliding down the charts over the past week. The crypto-asset also formed a bear flag, with the orange flagpole and subsequent ascending channel.

This pattern projected a target of $0.49 for the crypto-asset after breaking out to the lower side of the flag.

In the near-term, the Parabolic SAR generated a sell signal while the MACD was in bearish territory, but underlined a lack of momentum.

Taken together, a bounce is possible at $0.54, but it is likely that any bounce would be a selling opportunity for traders.

In related news, the Wing DAO community received an update on the progress made so far from Jun Li, Founder of Ontology. 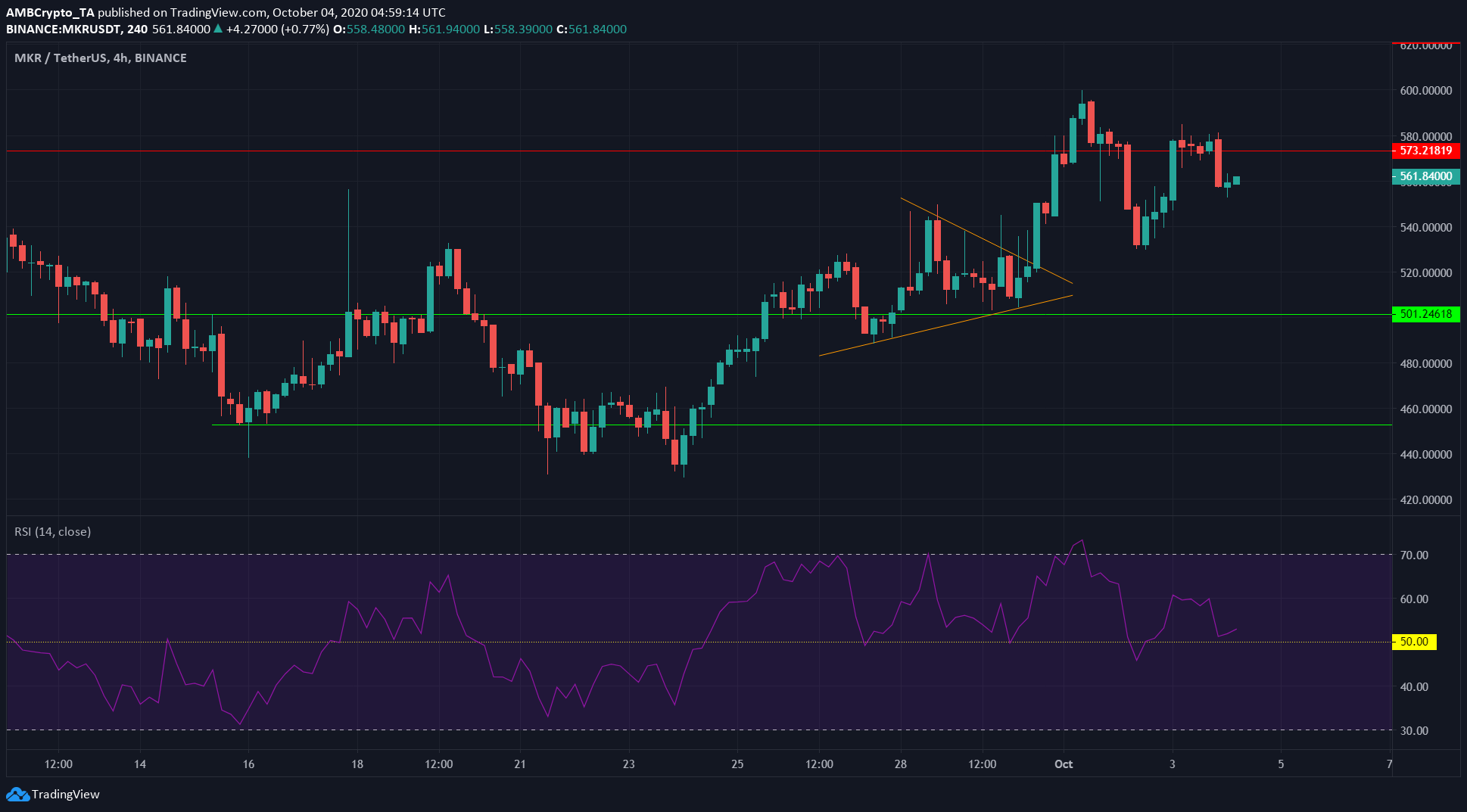 MKR formed a symmetrical triangle, a continuation pattern that highlighted the possibility of a prior uptrend continuing. In fact, MKR went on to make an attempt at the resistance level around the $573-mark again.

While the resistance level hadn’t flipped, at the time of writing, the price registered higher lows, showing buyers’ pressure closer to the resistance while indicting that the price could soon flip the level.

The RSI also registered bullish momentum recently, with the indicator staying largely above the neutral 50 zone over the past couple of weeks. This corroborated the uptrend on the charts.

Here’s what the future holds for DeFi and CeFi