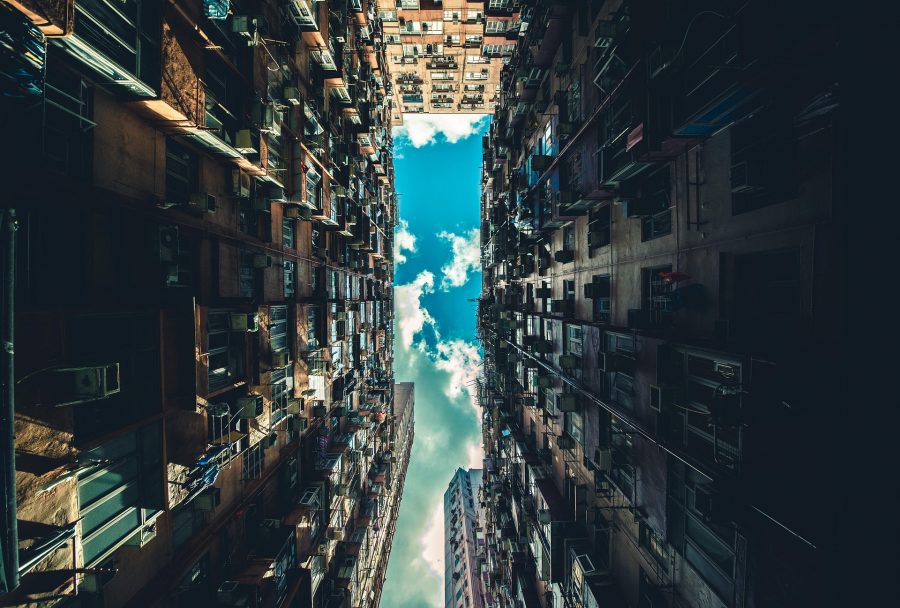 The digital asset industry often mirrors a delicate game of Jenga, one where if one crucial piece is shaken, the entire structure might collapse.

The crucial piece, in the present market scenario, is Bitcoin, as its recent collapse under $8000 paved the way for Ethereum‘s slump under $200. At press time, Ethereum was valued at $194.

However, what is important to note here is that investors’ interest has been falling since the start of March. 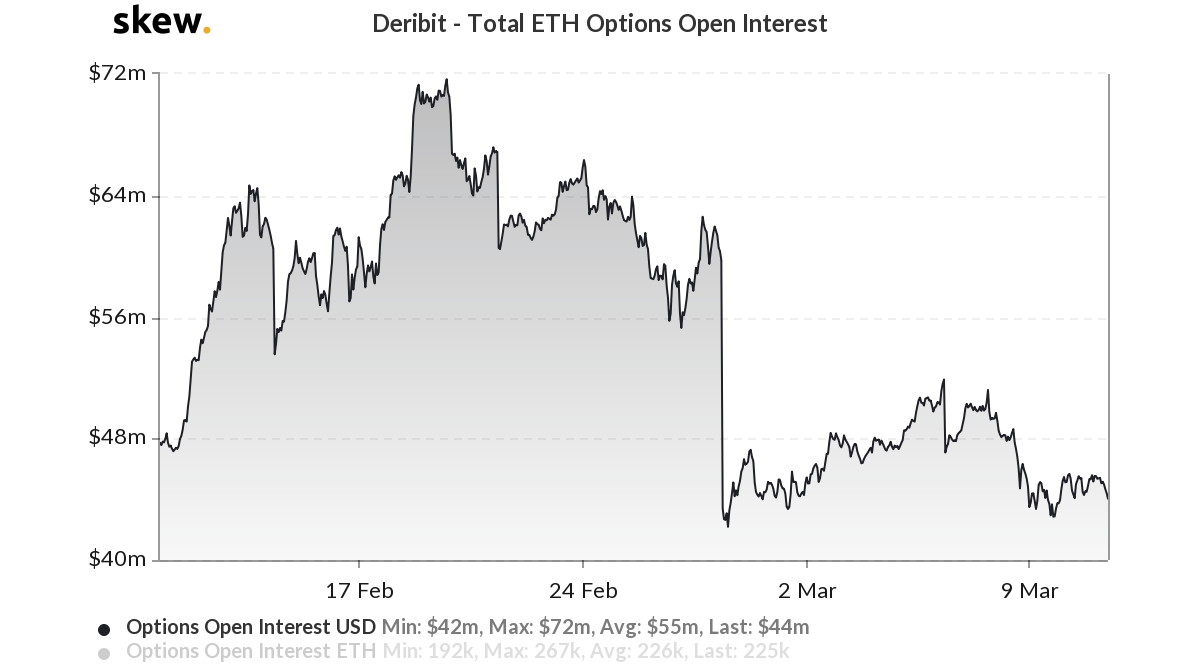 According to the latest Skew markets analysis, Ethereum Options‘ Open Interest hasn’t been able to pick up pace this month. After registering an average OI of above $60 million for the majority of February, March seems to be picturing a different picture altogether as the Open Interest has failed to cross the $50 million mark consistently.

A similar trend can be observed on the Ethereum Options volume chart, with the trading volume lacking any substantial activity over the past two weeks. 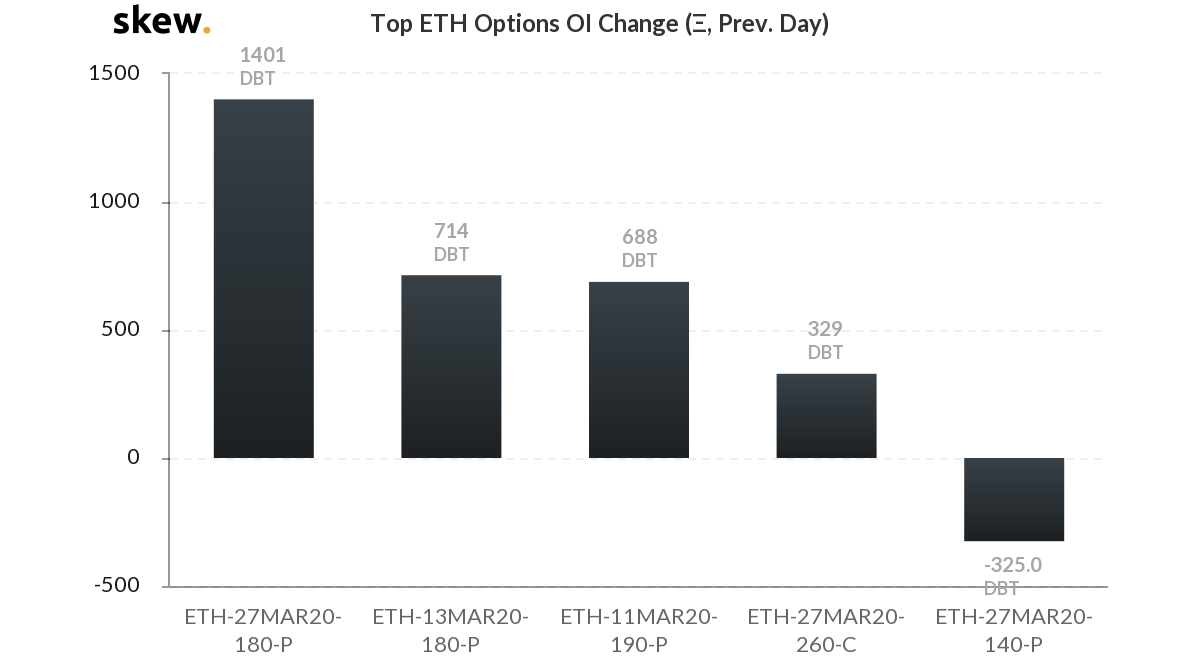 The declining sentiment can be verified using the Call/Put ratio in terms of contracts as well. On analyzing the above chart, it can be observed that a significant number of investors were buying more puts than calls over the past 24-hours. Only 329 contracts were marked for calls on 27 March, whereas over 1401 puts were marked for the same date, with most expecting Ethereum’s price to slump down to $180.

Such signs imply that a majority of the community is expecting Ethereum’s valuation to deplete over the next few weeks, even though the altcoin’s price performance was much better than expected over the early part of the year. 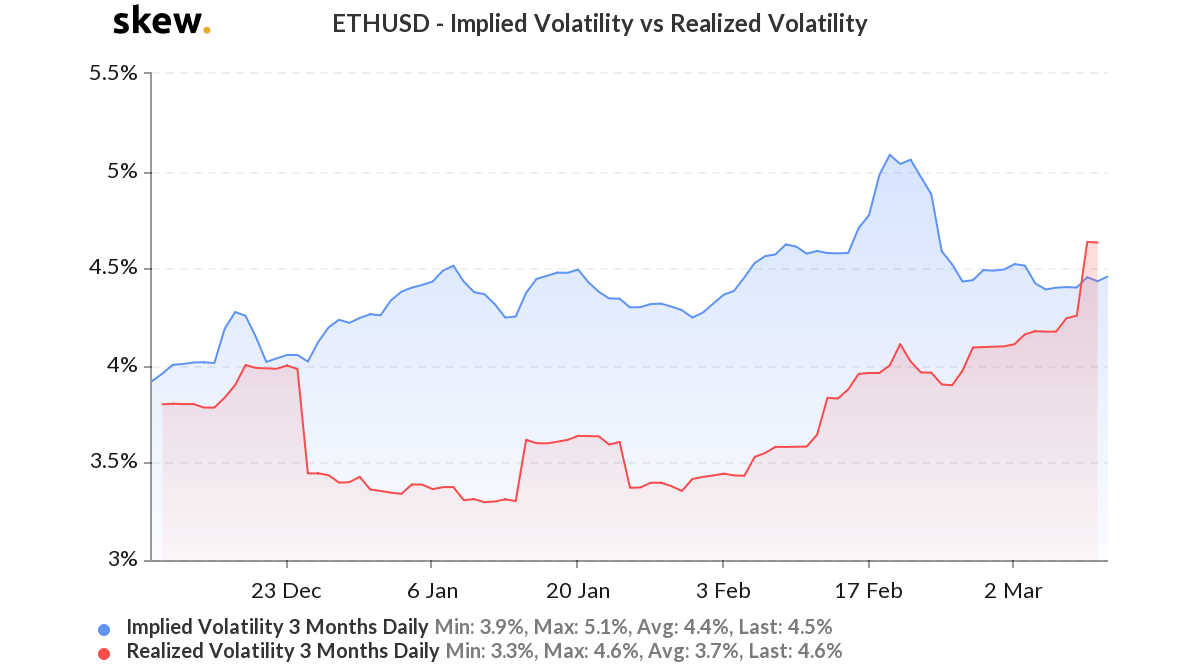 However, another key change in metrics was identified in the volatility chart. Owing to recent price fluctuations and instability in the market, Realized Volatility spiked over Implied Volatility on 10 March, indicating that the market was acting a bit more turbulent than expected. An increased level of volatility usually opens the door for price swings, but with the current market sentiment, the possibility of another dip is far more likely than a bullish incline.

Ethereum has already declined by around 15 percent since the start of March after a relatively good start to the year. Ethereum will eventually rise back up after the initial turmoil, but it is difficult to foresee how much damage would be inflicted on its market cap, before it bounces back.