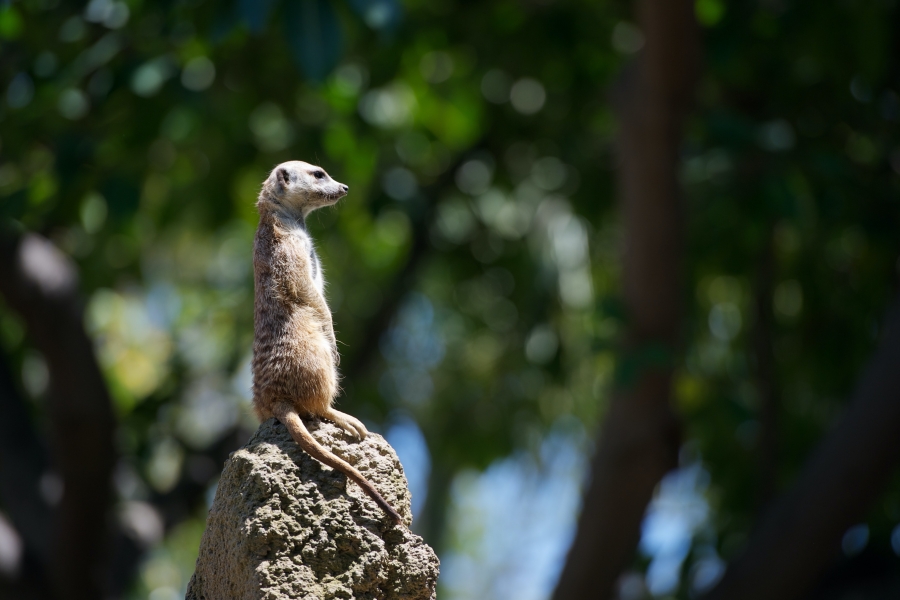 From mid-2019 onward, Ethereum depreciated in value steadily until the year ended. Granted, there were some intermittent positive price movements, but nothing powerful enough to shake the overall downtrend. The start of 2020 sparked far more optimistic price movements from Ethereum, with ETH reporting an 84% rise in less than six weeks. Valued at around $220 at the time of writing, Ether is testing an important resistance, though volatility may not be on its side. 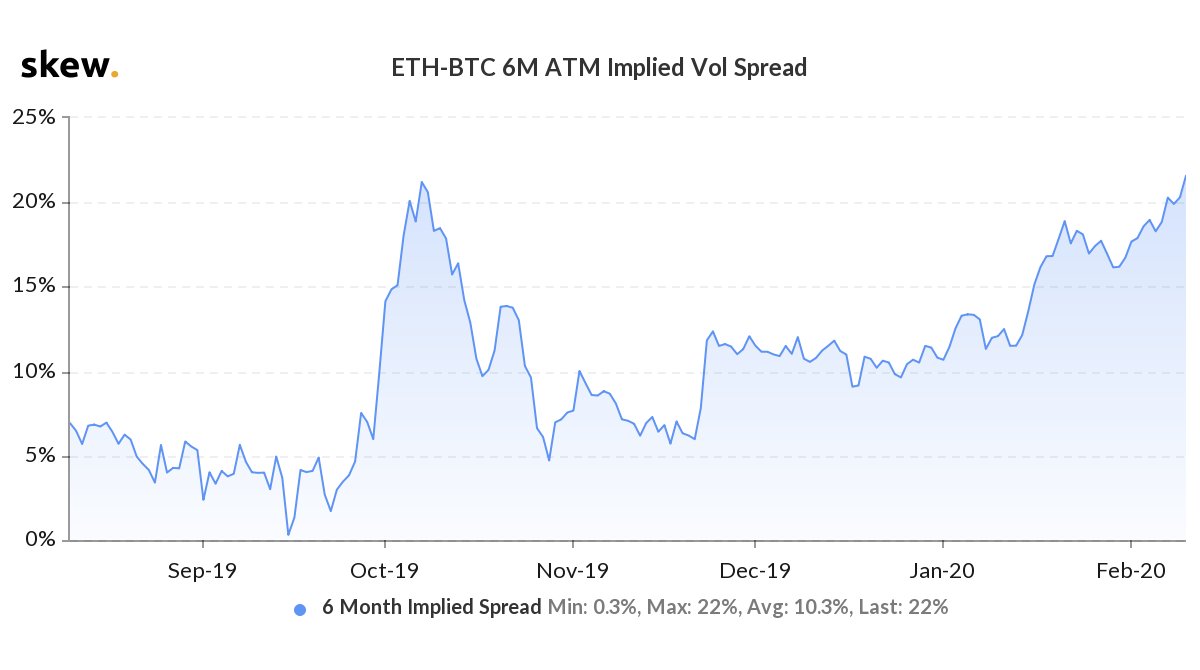 As of February 10, Ethereum implied volatility is experiencing a 6-month high with respect to Bitcoin. The King coin’s recent foray above the $10,000 mark has been generally looked at as a sign of an incoming bull run, but while greater volatility could aid ETH in climbing higher up the charts, it could also end up pushing the price down.

Bitcoin has seen some corrective movement since touching $10,100 on Sunday, valued at ~$9800 at the time of writing. While this might seem disappointing at first, it isn’t all that abnormal. A market with greater bearish sentiment might have seen a catastrophic sell-off at $10K, and the fact that Bitcoin has been relatively stable above $9.6K shows that the sellers have pulled out, leaving only the HODLers behind.

Since ETH‘s 360-day correlation with Bitcoin has been declining since the start of 2019, its increased volatility relative to BTC could mean some downward movement in the future. The chart below uses the Bollinger Bands indicator to give a more visual representation of how this increased volatility could affect ETH value. 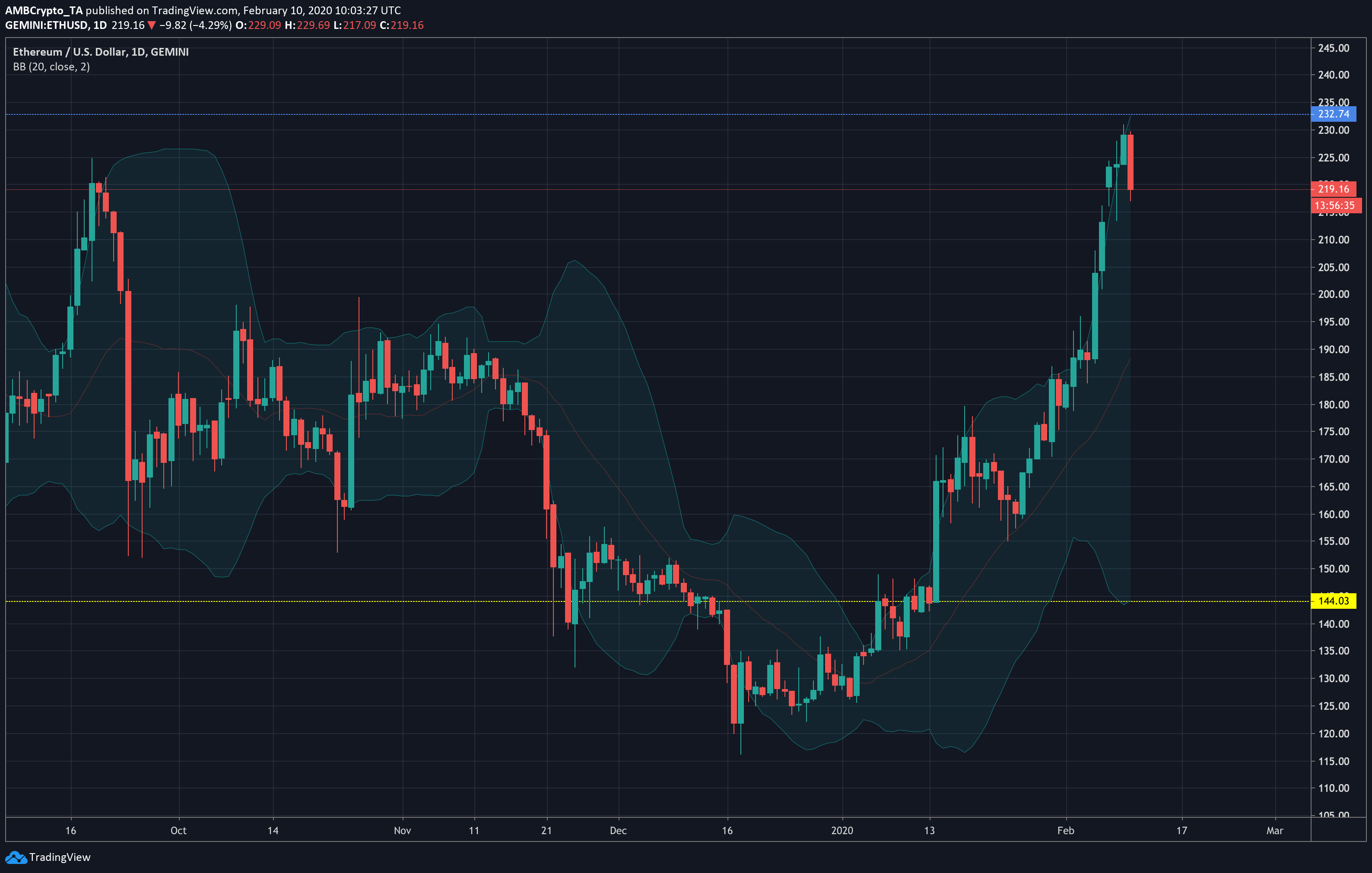 The Ethereum daily chart against USD shows a drop down to $144 is possible at this level of volatility. The fact that ETH has been dropping in terms of BTC value only strengthens the idea that it might rebel against Bitcoin’s potential upward movements in the short to medium-term.

Interestingly enough, 6-month ETH volatility in terms of USD has almost never been lower, though still greater than that of Bitcoin.

So far, ETH’s rising volatility relative to Bitcoin has done wonders for its price, but whether it will continue to do so in the coming months is yet to be seen.