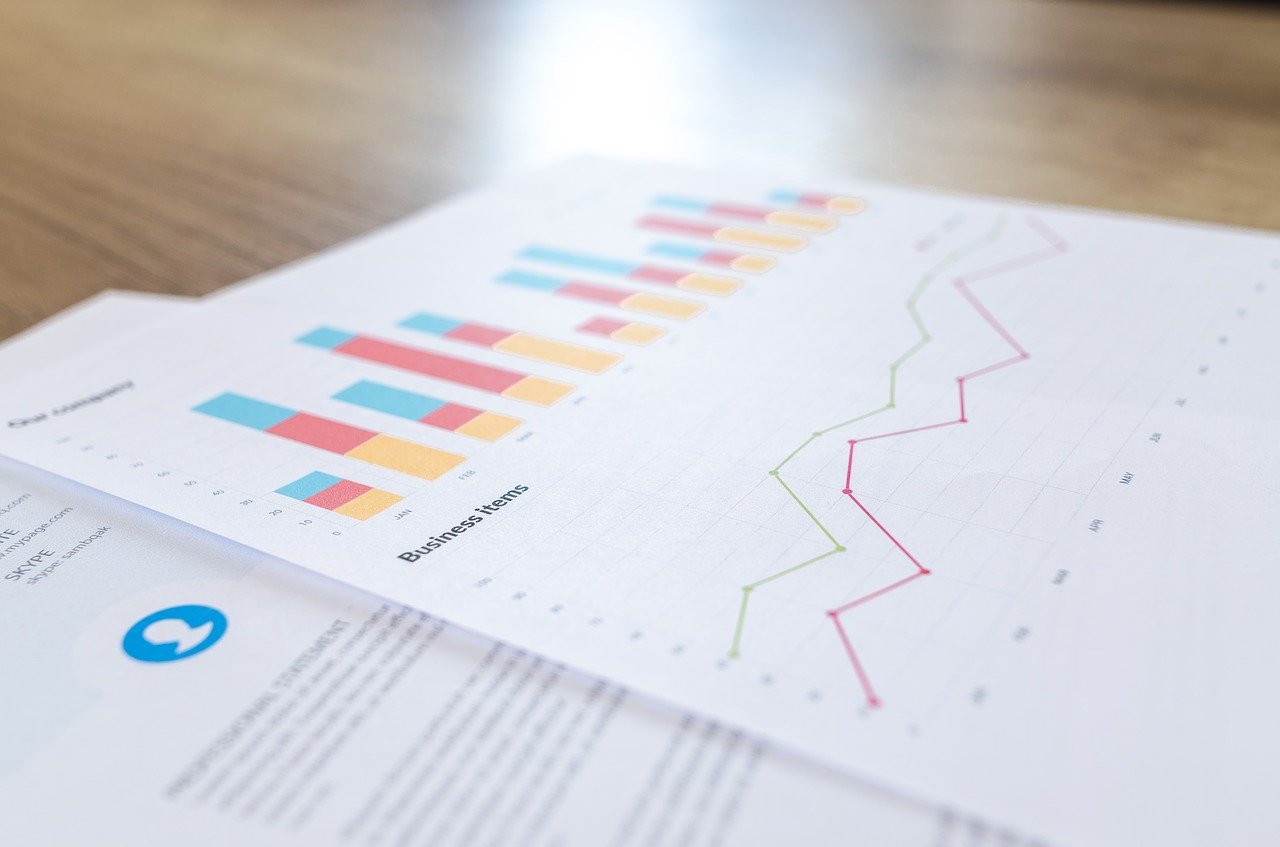 Ethereum Classic’s price charts reflected the tumultuous time its network has been facing lately following the third 51% attack in the month of August. On the contrary, IOTA bounced strongly off its support and the direction of its movement over the next couple of weeks can dictate its long-term performance.  However, Maker was unable to break its resistance level, at the time of writing. 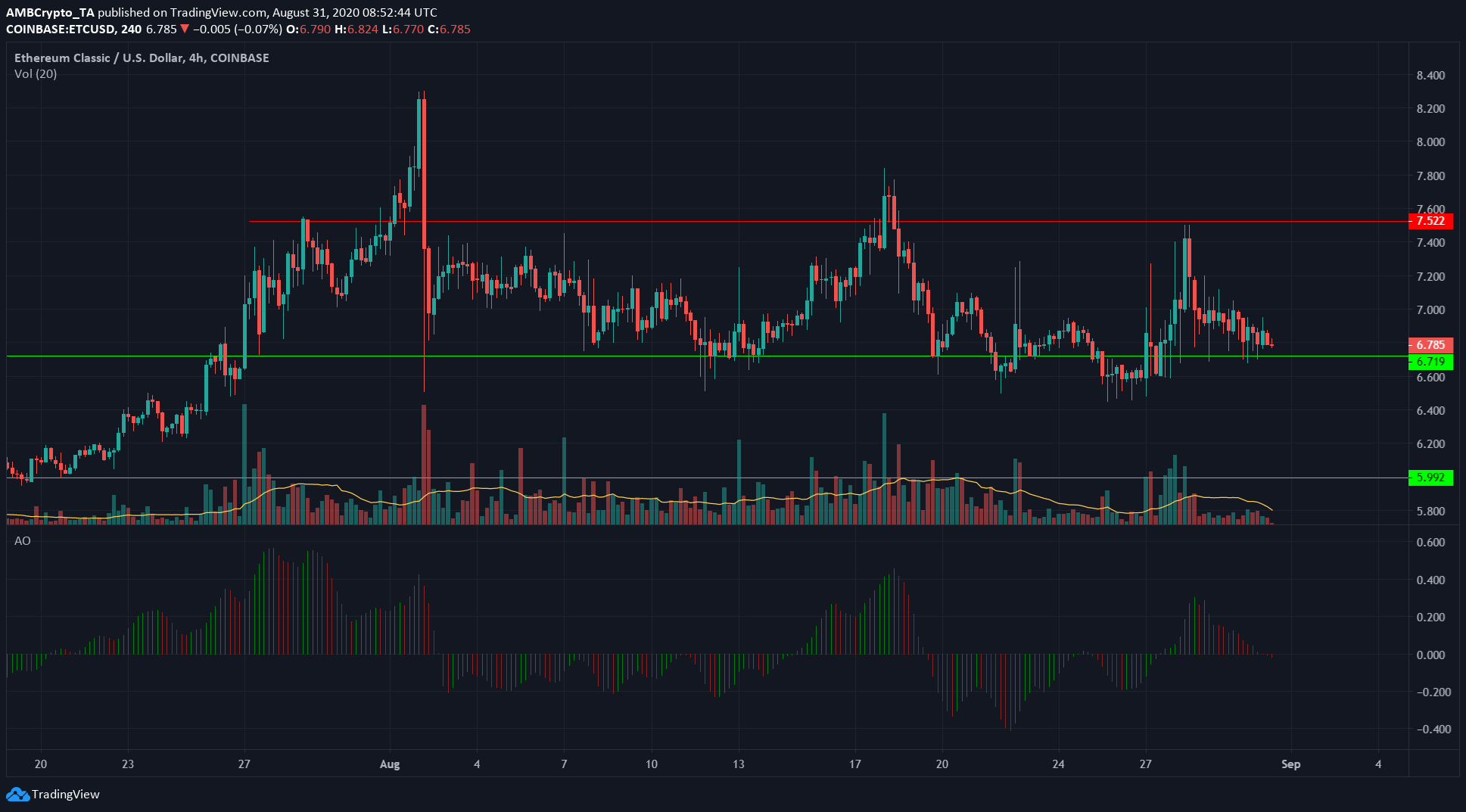 The third 51% attack of the month has many in the Ethereum Classic community up in arms. The attack in question reorganized 7000 blocks or two days’ worth of mining.

ETC’s price charts showed that bearish momentum was beginning to take hold on the charts, with the Awesome Oscillator histogram picturing a series of red bars and straying into the bearish area.

Further, the trading volume was also falling, showing that many traders were waiting for the market to decide its direction at the support level of $6.7. A breakout, above or below the support, can be accompanied by high volume to dictate where ETC goes next. 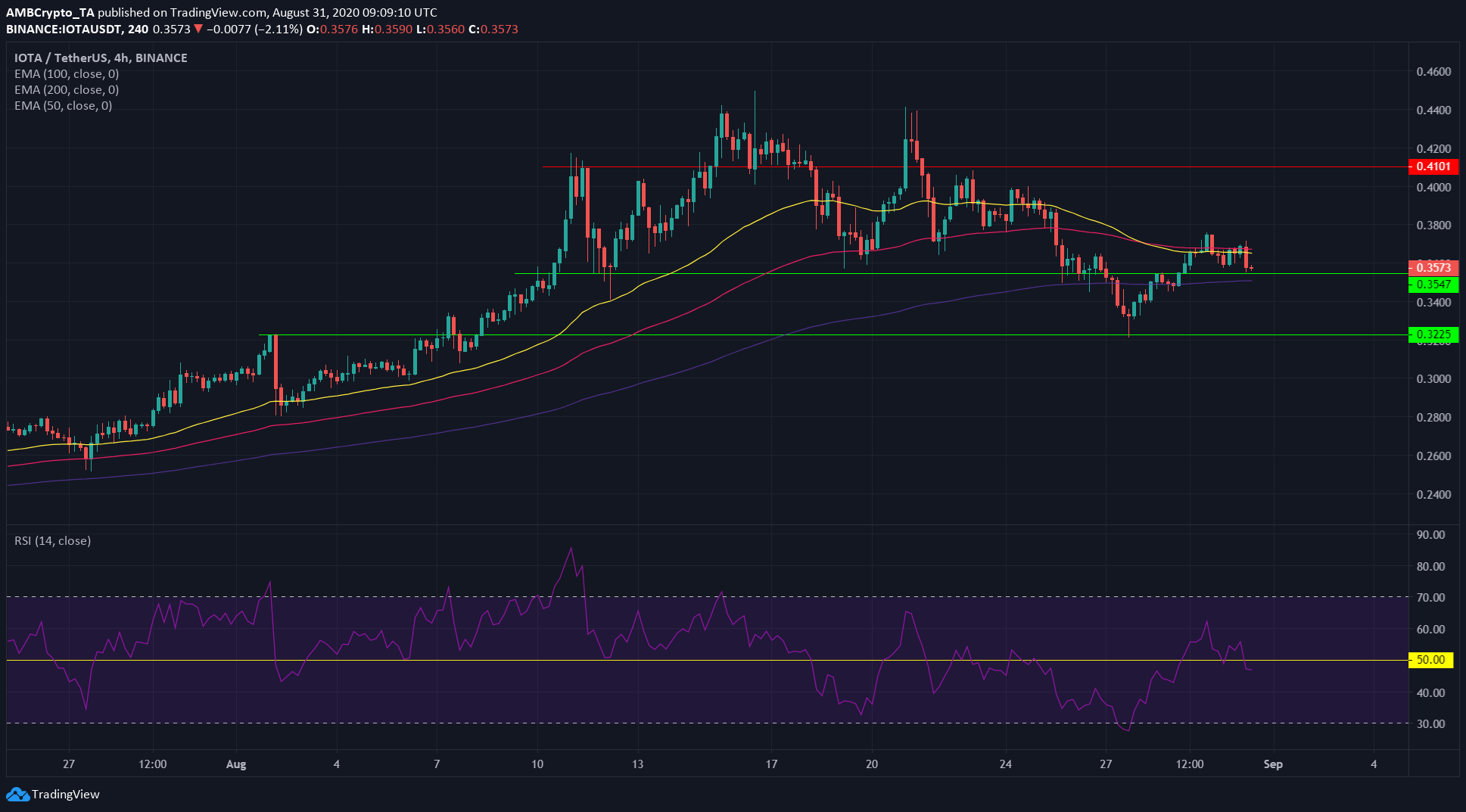 Ranked 24th with a market cap of $992 million, IOTA was recently in the news after the IOTA Foundation announced contributing to TechStart Food Innovation project in Brazil. Exact details of IOTA’s role are yet to be given, however.

IOTA was trading just above the support zone of $0.354, at press time. IOTA has been in a short-term downtrend for a few days now, with IOTA failing to set any higher highs since climbing to $0.42 last week.

It bounced off the $0.32 support and reclaimed $0.354 support as well, but that move might not have indicated trend reversal.

A longer-term move could be in the making for IOTA. Its 50 EMA (yellow) was closely intertwined with the 100 EMA (pink), while the 200 EMA (purple) was near the $0.35 support. Traders and investors will watch IOTA in the coming days to find if the market breaks to the upside or down.

The RSI showed a value of 48, at press time, a sign of neutrality. 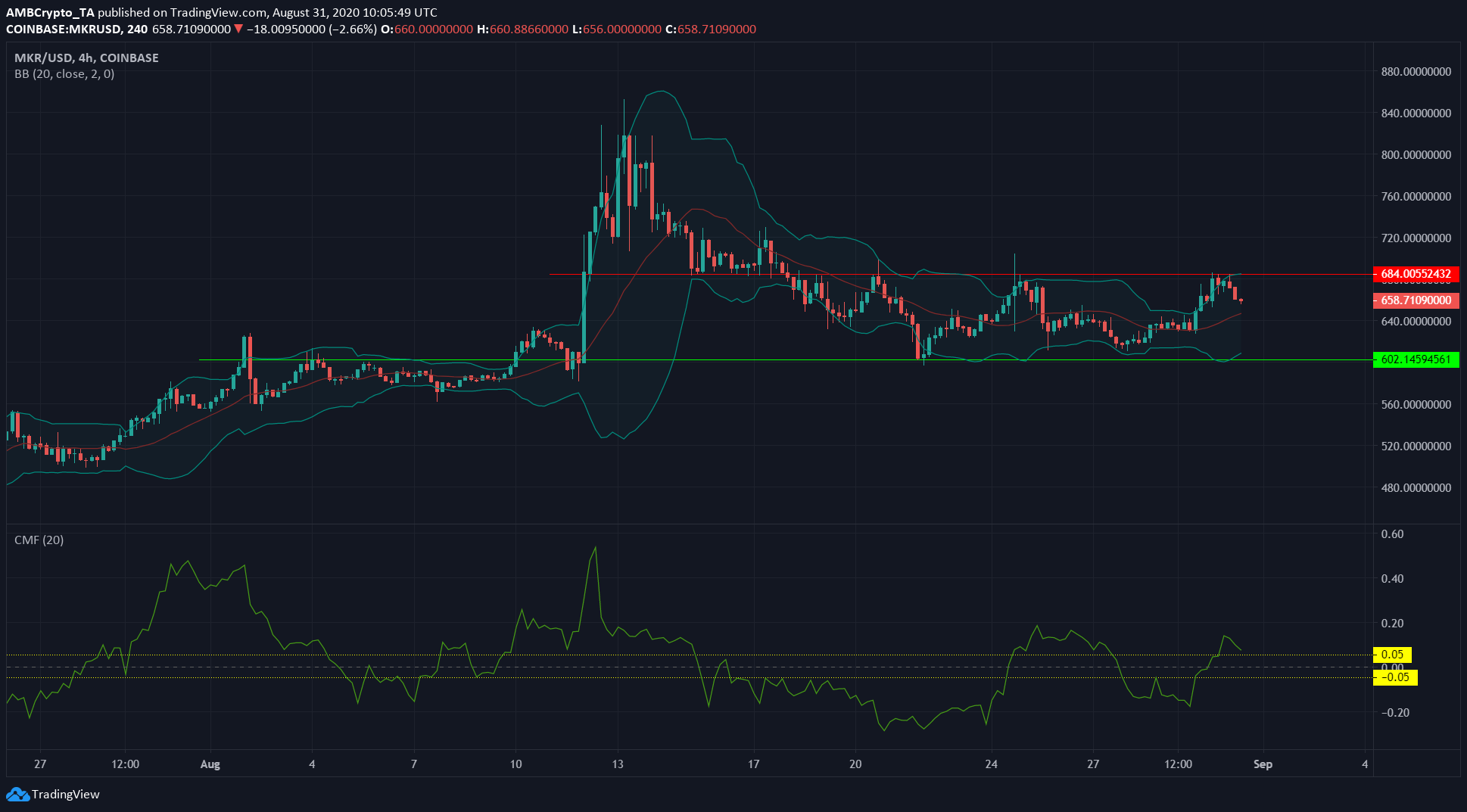 Maker had $1.44 billion in total value locked, with MKR having a market cap of $662 million while ranked 33rd on the charts, at press time.

In the short-term, MKR did not project the likelihood of breaching the resistance at $685. The Chaikin Money Flow read +0.08, indicating capital flow into the market, but barely above +0.05 to be considered significant. Unless buyer interest greatly increases, MKR is more likely to bounce between the reistance at $685 and support at $600.

The Bollinger Bands were contracting before the price broke to the upside, but soon it got rejected at the resistance level. It is possible MKR will find support at 20 MA.

On September 1, the KickEX exchange will buy back KICK at a price of $0.00015 per token