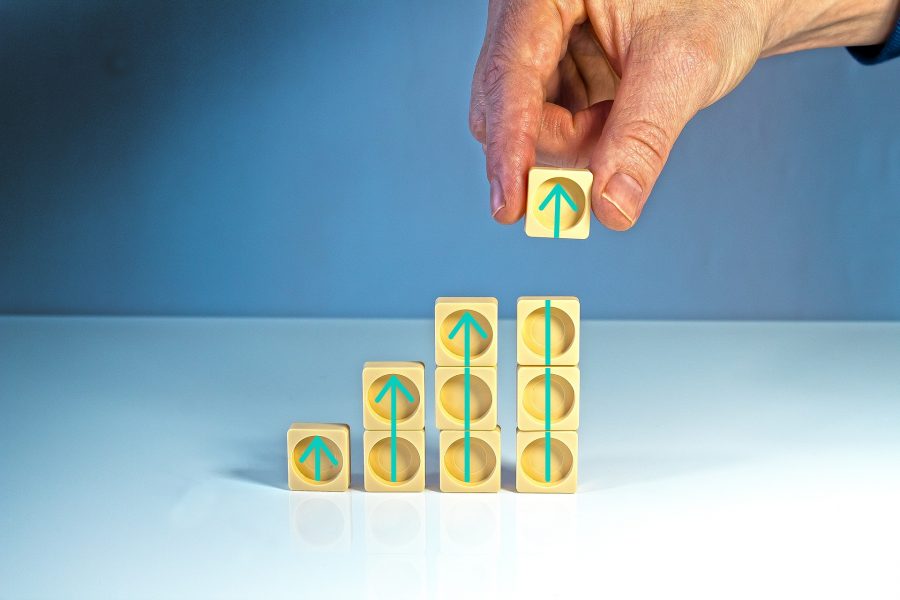 The importance of stablecoins such as Tether has gradually risen in the industry over the past few years, with these fiat-backed digital assets currrently occupying a substantial part of the total market cap.

MakerDao’s Dai is one such stablecoin and it has been recording a very positive 2019. According to MakerDao’s recent Q3 report, over the past quarter, activity in the DAI ecosystem has increased by over 4 times.

Back in May 2019, the monthly high of active addresses reported was around 16,000. In September, the active addresses figure skyrocketed to more than 66,000 addresses, which is a signficant increase in a span of just 4 months. It was also observed that the adoption metric, a measurement that looked into how many addresses held atleast 1 DAI, had steadily increased by around 25 percent every month. 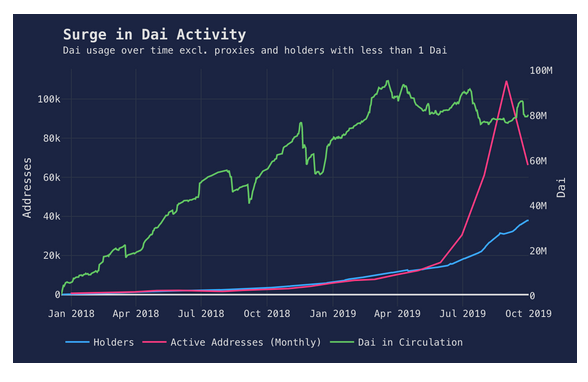 It can be observed from the chart above that the active addresses did not exhibit a steep increase until June, following which the stablecoin recorded a growth of 109,000 addresses. Coinbase‘s Earn Dai campaign has been credited for this sharp rise and after analyzing the smart contracts utilized in the campaign, it is believed that 76,000 new addresses joined the Maker protocol, with 43,000 of them being recorded in August alone. At press time, the number of addresses had fallen, but the general idea of DAI among users has been strengthened.

The report also suggested that almost 90 percent of the entire 80 million DAI in circulation was held in wallets, whereas more than 50 percent of it was held in private wallets. 20 percent of the total DAI was utilized in decentralized applications, and the remaining 7 and 6 percent were held in multi-sig wallets and escrow on crypto-exchanges, respectively.

At press time, Rune Christensen, CEO of Maker Foundation, had revealed that the highly anticipated Multi-Collateral Dai [MCD] was set for launch on 18 November. The launch of MCD has been identified as a major milestone for the DAI project and the community is hopeful that it would have a major impact on Decentralized Finance.

Related Topics:MakerDAOMulti-Collateral Dai
Up Next