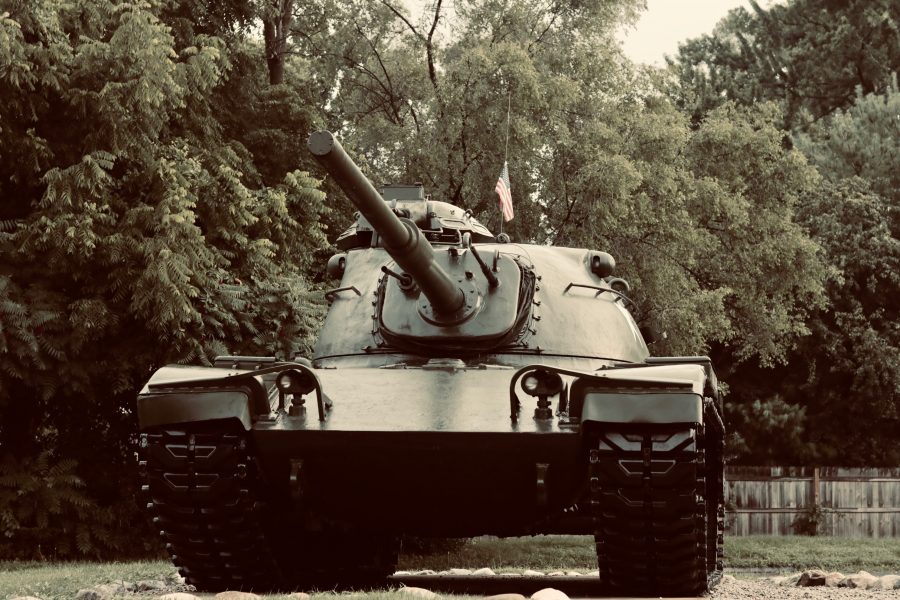 CoinGecko, the data markets aggregator, is stepping up its game once again. Four months after launching the original Trust Score metric, the Singapore-based company is set to unveil the upgraded 2.0 version of Trust Score, one that will filter out exchanges that purport “fake exchange volume.”

As per a press release shared with AMBCrypto on 11 September, the aggregator aims to address four key concerns that will look into exchange liquidity from a more holistic perspective, and thereby allow for a “more robust exchange ranking system.” The four “major measurements” include exchanges API technical coverage, scale of operations, estimated cryptocurrency reserves, and regulatory compliance.

In the previous version of the Trust Score which was released in May 2019, the two elements used to asses an exchange’s real trading volume was order book data and web traffic, while accounting for the baseline of the exchange’s ‘reported trade volume.’

The four metrics added to the latest version of the Trust Score, each have their own weightage. Liquidity will take 50 percent precedence, in terms of exchange ranking components, while the scale of operations and the API technical coverage take 30 percent and 20 percent, respectively.

In terms of scale of operations, CoinGecko will look at normalized volume of an exchange against that of “all other exchanges.” The API Technical coverage will be graded on the basis of 7 factors including, tickers data, historical trades data, order book data, and public documentation, among others. 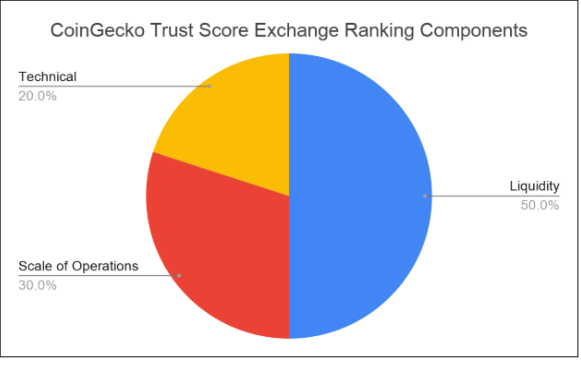 Since the initial version of the Trust Score was released four months ago, Bobby Ong, CEO of CoinGecko, told AMBCrypto in an exclusive interview that one of the main metrics that will be included in future versions will be looking at exchange’s crypto-reserves. In light of the same, CoinGecko has partnered Crystal Blockchain from Bitfury that will conduct regular on-chain analysis to ascertain how much reserves exchanges have. Only three cryptocurrency reserves will be looked at in the current Trust Score version, namely, Bitcoin, Ethereum, and Bitcoin Cash. Ong added,

“An exchange that reports a large amount of trading volume would be expected to have a correspondingly larger reserve. The reverse would be true for a smaller exchange. If an exchange does a lot of volume yet has low reserves, this could be perceived as a sign that something is not right.”

With the influx of institutional investors and their adherence to regulatory approval, CoinGecko will give importance to exchange compliance as well. In order to fortify this addition, the aggregator partnered with Coinfirm’s AMLT Network to “analyze regulatory compliance of exchanges.” Seven “risk categories” under this metric will be looked at, namely, License and Authorization, Sanctions, Senior Public Figures, Jurdisdiction Risks, KYC Procedures, Negative News, and Anti Money Laundering [AML].

However, the data aggregator has added that the last two metrics, reserves and regulatory compliance, are not “ready for inclusion in Trust Score 2.0 grading algorithm” yet and that they require “further refinement.”

On asked whether an exchange’s regulatory case prompted CoinGecko to include this metric, CEO Bobby Ong told AMBCrypto that no”specific” exchange led them to the same. Rather, it was part of their “continuous improvement plan” to improve exchange transparency, he said.

CoinGecko’s move to expand the boundaries of the Trust Score to provide a more holistic view of exchange dynamics does point to rapid developments in the space. Several reports this year have highlighted the need to tackle “fake exchange volume,” especially at a time when institutional investors are investing billions into crypto. The need to create a “robust exchange ranking system” is pertinent at this maturation stage of the industry.

With cases like QuadrigaCX, Cryptopia, and Bitfinex making the rounds on crypto-twitter and spilling over into the mainstream, the need to address regulatory missteps and reserve requirements will be an important addition for future tools to combat fake exchange volume.