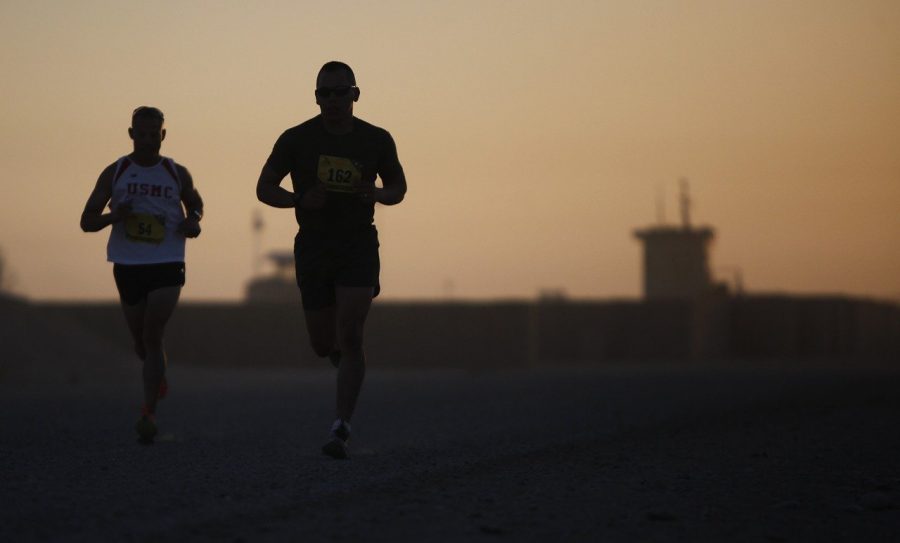 One of the world’s leading cryptocurrency exchanges, Coinbase, with 16 acquisitions, is the most active dealmaker in the space. This was confirmed by a research report titled ‘Barbarians on the Blockchain’ by crypto-data and research platform, TokenData, which found that Coinbase is the powerhouse of mergers and acquisitions [M&A].

Coinbase’s M&A strategy mainly consists of “acquihires and technology tuck-ins,” it said. Additionally, the platform has also engaged in two significant acquisitions such as Earn, which is worth $100 million, and Xapo’s custody business which is worth $55 million. TokenData tweeted,

Following Coinbase’s suit is San Francisco-based Kraken and Canada-based Coinsquare with 7 and 5 deals, respectively. Kraken recently acquired the $100 million-worth Cryptofacilities, a regulated cryptocurrency derivatives exchange based in the UK.

Binance, on the other hand, has engaged in only three public acquisitions; the latest one being Mumbai-based WazirX.

Within TokenData’s research, another interesting point worth noting is that it estimated a total deal value of $4 billion since 2013, with $2.8 billion of M&A activity recorded in 2018 and $700 million in 2019. While the figures seem impressive, this is small, when compared to the total network valuation of cryptocurrency networks which is worth over $200 billion and the M&A value of other tech sectors, which is understandable because not many platforms are over 5 years old. 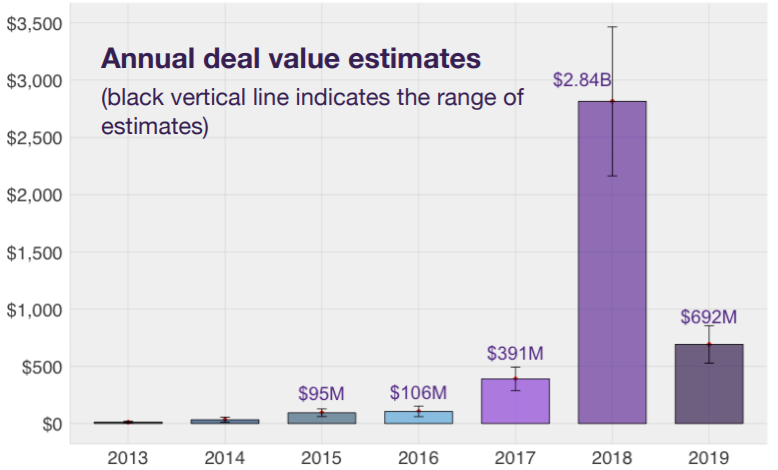 Additionally, investment funds and cryptocurrency exchanges are the most active acquirers that jointly represent more than half of all deal activity and deal value, according to the study. Moreover, cryptocurrency exchanges have leveraged increasing prices, positive market sentiment, and annualized volatility above 100%, providing each of these platforms the necessary cash reserves and networks to engage in acquisitions. 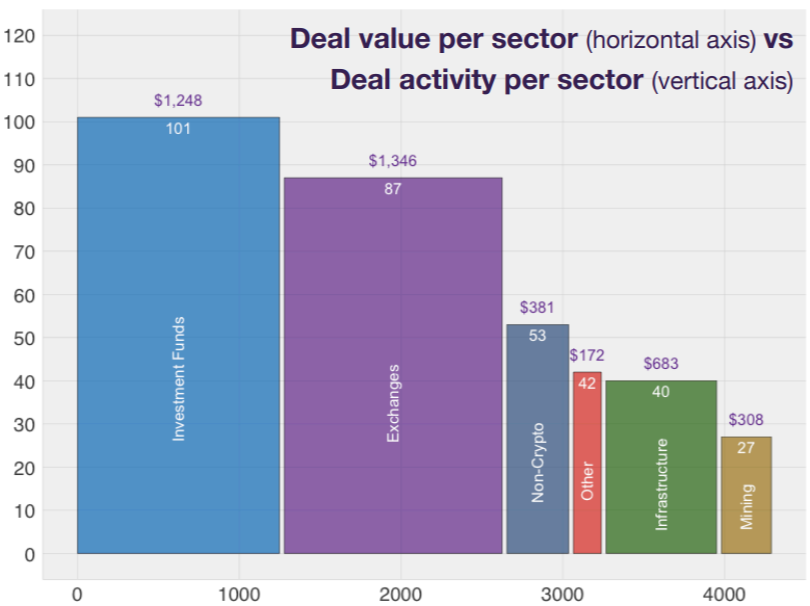