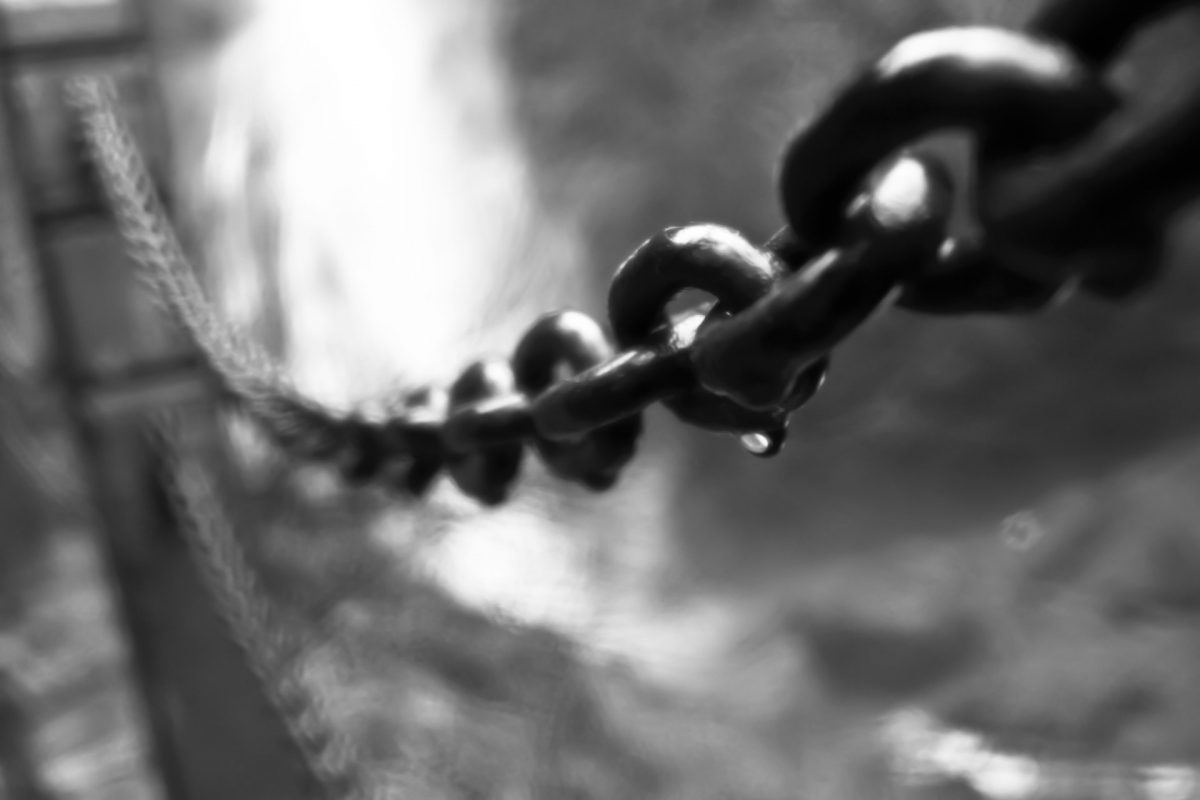 Disclaimer: The findings of the following analysis attempt to evaluate the evolving price trends in the Chainlink’s market

The consolidating price of major altcoins has not restricted the growth of smaller alts like Chainlink [LINK]. Chainlink’s market had been marching up, while the largest digital asset Bitcoin [BTC] was bouncing around the same price levels. This eighth-largest cryptocurrency with a market cap of $2.81 billion, was reporting 339% YTD return, at press time.

The value of the LINK was $7.9874 as it reported a 24-hour trading volume of $760.17 million. Even though the performance of the crypto was better than most major crypto, it may have been witnessing a bearish pressure. 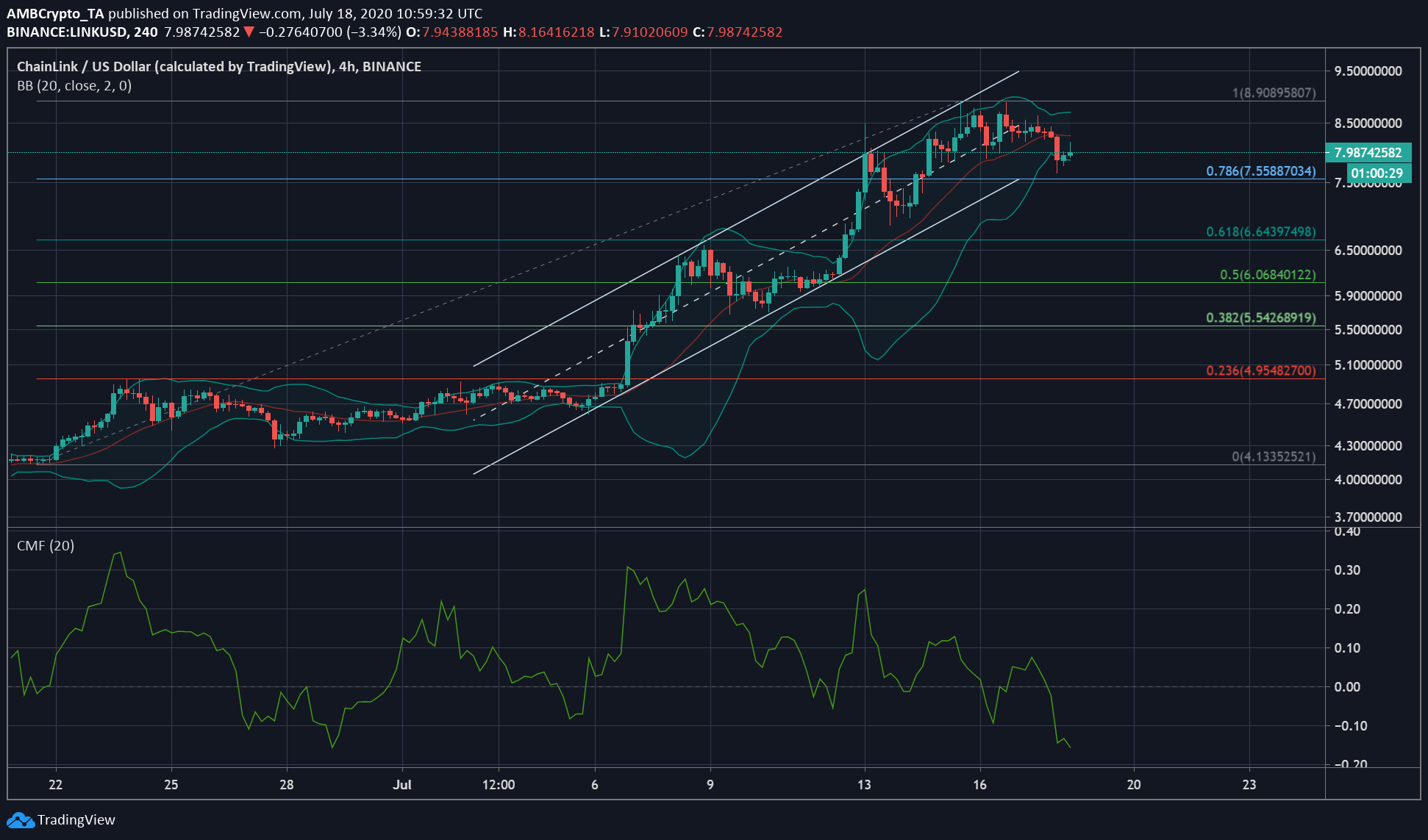 According to the 4-hour chart of LINK, the cryptocurrency was part of a long extending channel. As the price of LINK rallied higher, it gave rise to higher highs and higher lows. These swing highs and lows were connected by parallel lines, forming an ascending channel pattern. As the price moves closer to the lower line joining the higher lows, the price may bounce higher. However, a strong resistance has been marked at the price point of $8.90. If the pattern continued to rise, the price of the asset will have to breach the given resistance, or it may break down to $7.55.

The volatility in the market appeared to have decreased, as the Bollinger Bands had converged. However, the signal line hovering above the price bars indicated the downward trending price of the digital asset. If the price breaches below $7.55, it may confirm the break down of the pattern. A move under $7.55 would mean that the next support for the coin was at $6.64.

According to the Chaikin Money Flow [CMF] indicator, the coin was experiencing heavy selling pressure as it moved into the negative territory, which has also questioned the strength behind the uptrend in the market. As pressure builds in the LINK market, increased volatility is likley to soon make an entry.

For Bitcoin’s price is an upward breakout imminent?