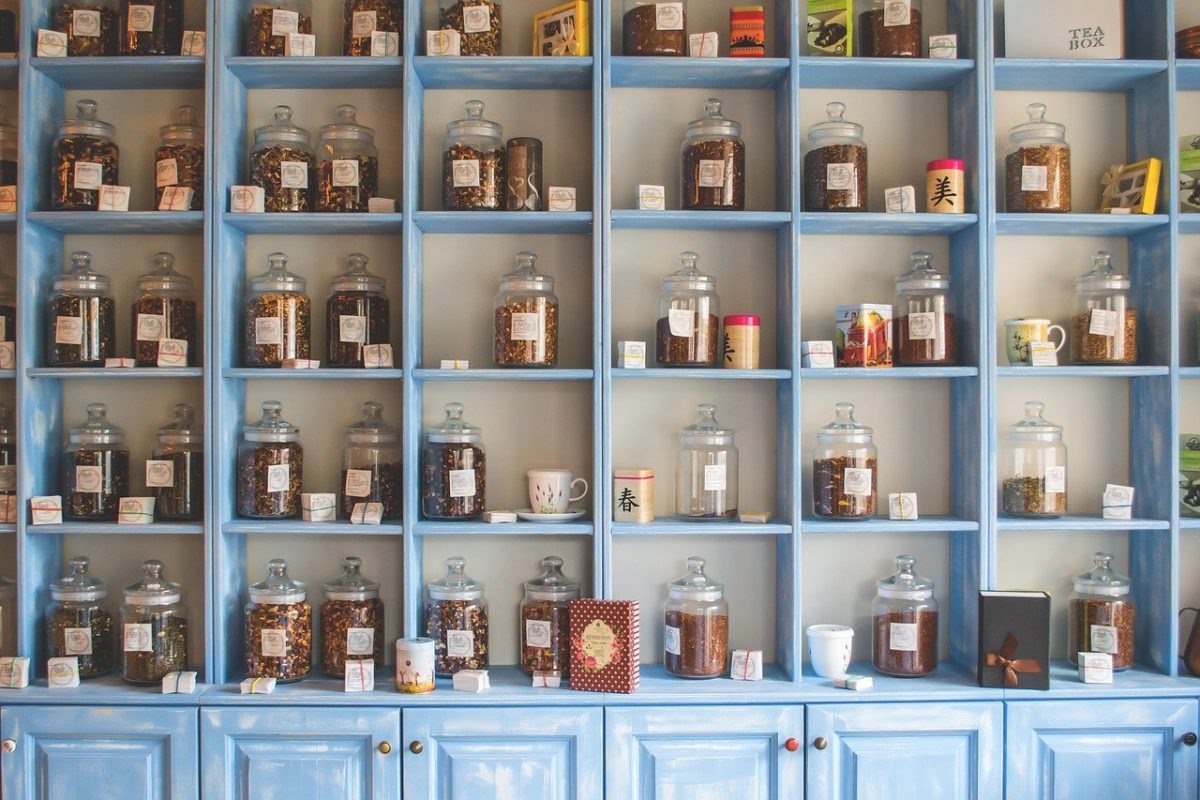 The Crypto Fear and Greed Index stood at 87 to show extreme greed in the market, even after Bitcoin’s recent drop of nearly 15% within a day’s time. Technical analysis showed that BTC had undergone a retracement to healthy levels of support and can be expected to rise in the coming weeks, but in the short-term its volatility could negatively affect altcoins.

Chainlink could be set to trade within the $12.6 to $11.9 range over the coming days, while Monero could play out a bullish reversal pattern. Basic Attention Token consolidated under a level of resistance. 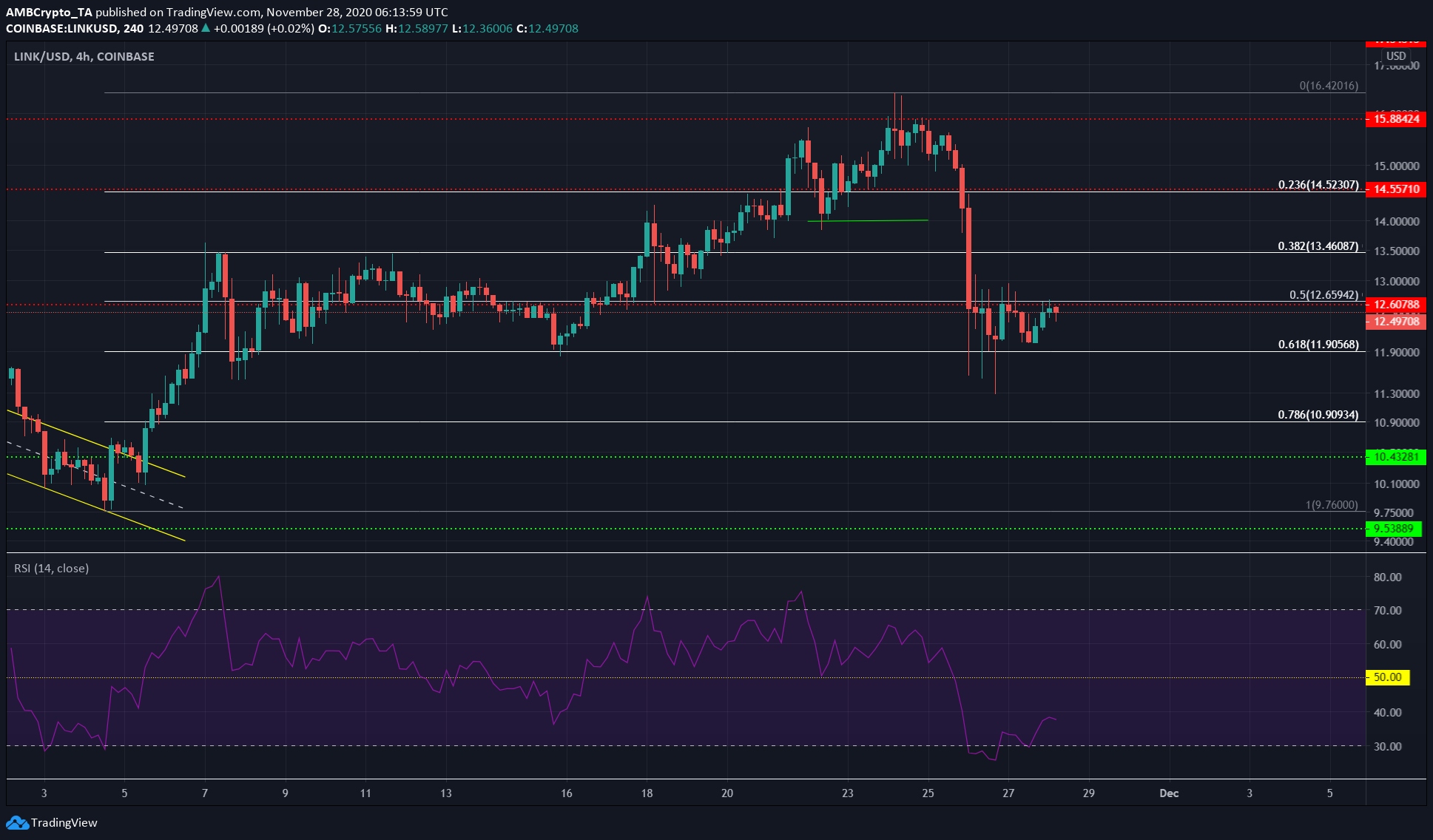 Using Fibonacci Retracement for LINK’s rise from $9.76 to $16.42 in the past month, some levels of retracement to watch out for are highlighted.

The 50% retracement level at $12.65, which coincides with the horizontal level at $12.6, has been turned into a level of resistance in the face of selling pressure.

The RSI dipped into oversold territory and bounced upward, but it remains to be seen if LINK can flip $12.6 from resistance to support. Every wick to the upside has met selling pressure, and LINK might be set to oscillate between $12.6 and $11.9 levels over the coming days.

In other news, Beam announced integration with Chainlink’s Oracle network. 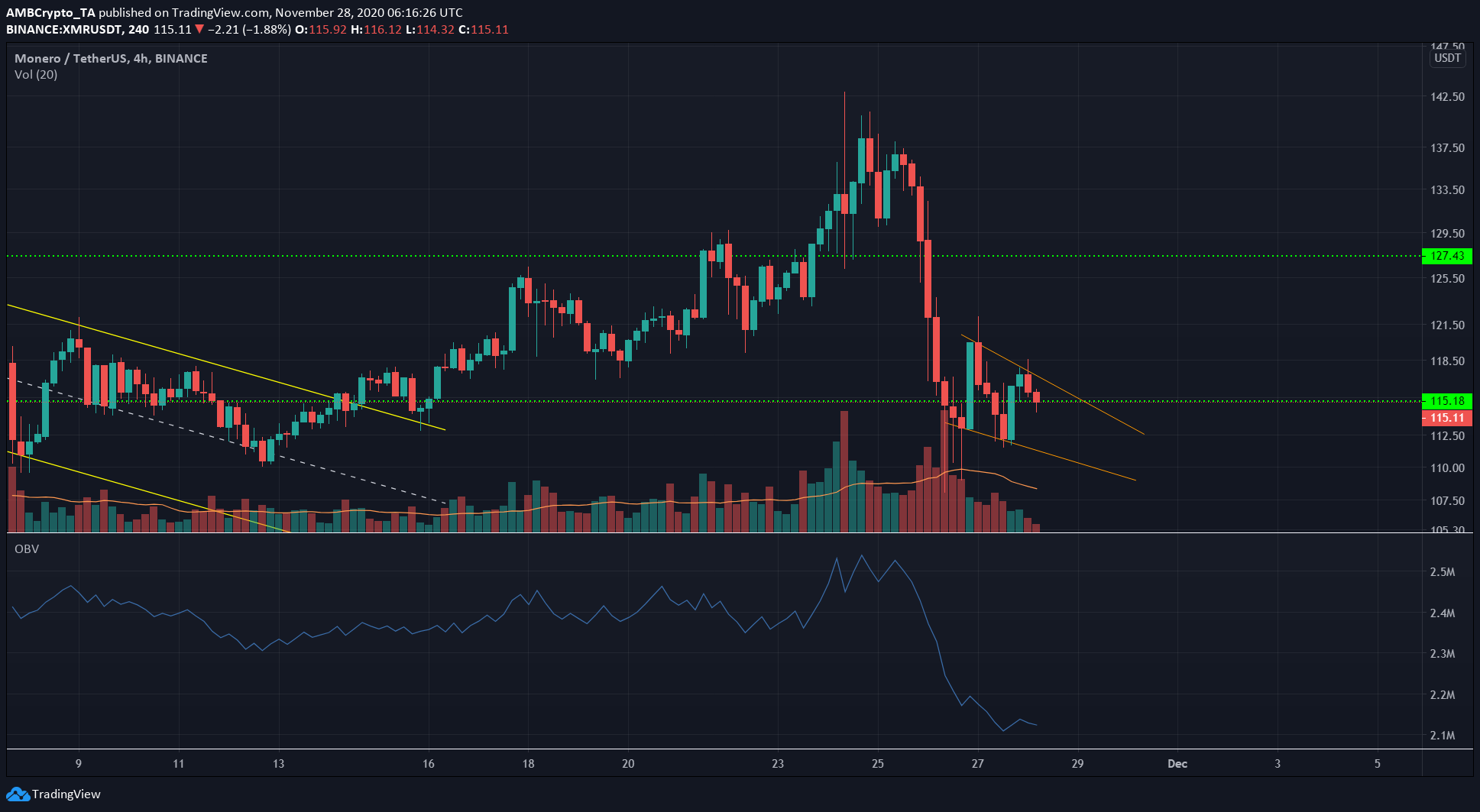 The level of $115 has been a strong level of support for XMR, but at the time of writing the selling pressure was too great, and could see the price reach $110.

A falling wedge was beginning to form right at the level of support at $115. It is a bullish reversal pattern that can see XMR drop to $110 before a rise past $115.

The trading volume has been trending downward since XMR’s recent losses, to show that most market participants opted to sit on the sidelines at the moment. 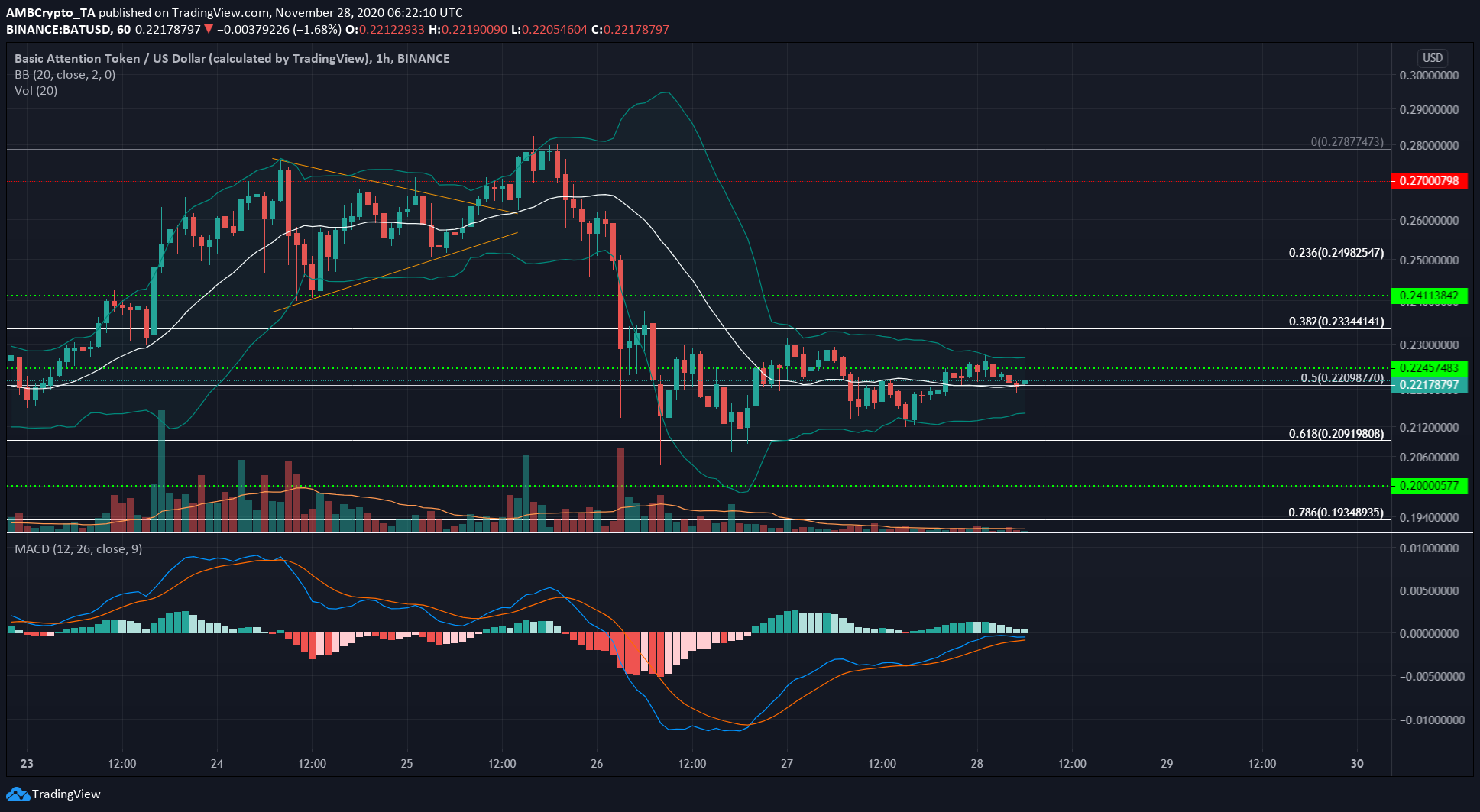 The hourly chart for BAT showed some consolidation in progress for the crypto asset. The Bollinger Bands were relatively tight around the price.

The MACD showed that bearish momentum was reversing. The price was also trading just above its 50% retracement level at $0.22, with a horizontal level of importance at $0.224.

Is Bitcoin following the Gold Fractal from the 1970s?