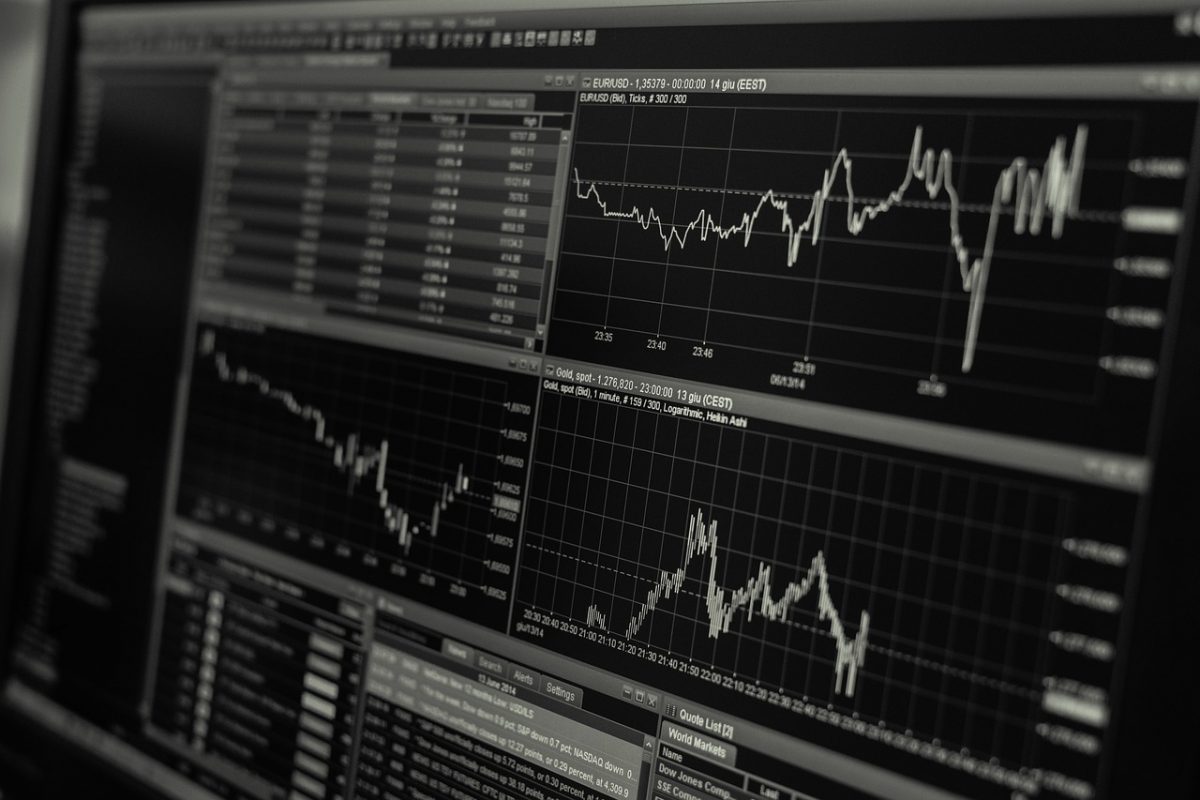 Disclaimer: The findings of the following article attempt to analyze the emerging patterns in Chainlink’s long-term market and its impact on the price

The last few weeks have contributed to the crypto-market noting a rally and later, a correction. Chainlink [LINK] has proven to be a popular altcoin lately, with its low correlation with the world’s largest digital asset, Bitcoin, helping it move independently on the charts. With the rest of the market seeing prices table off and stabilize on the charts, LINK’s market noted its price retracting from a peak of $20.06 to $15.39, at press time. 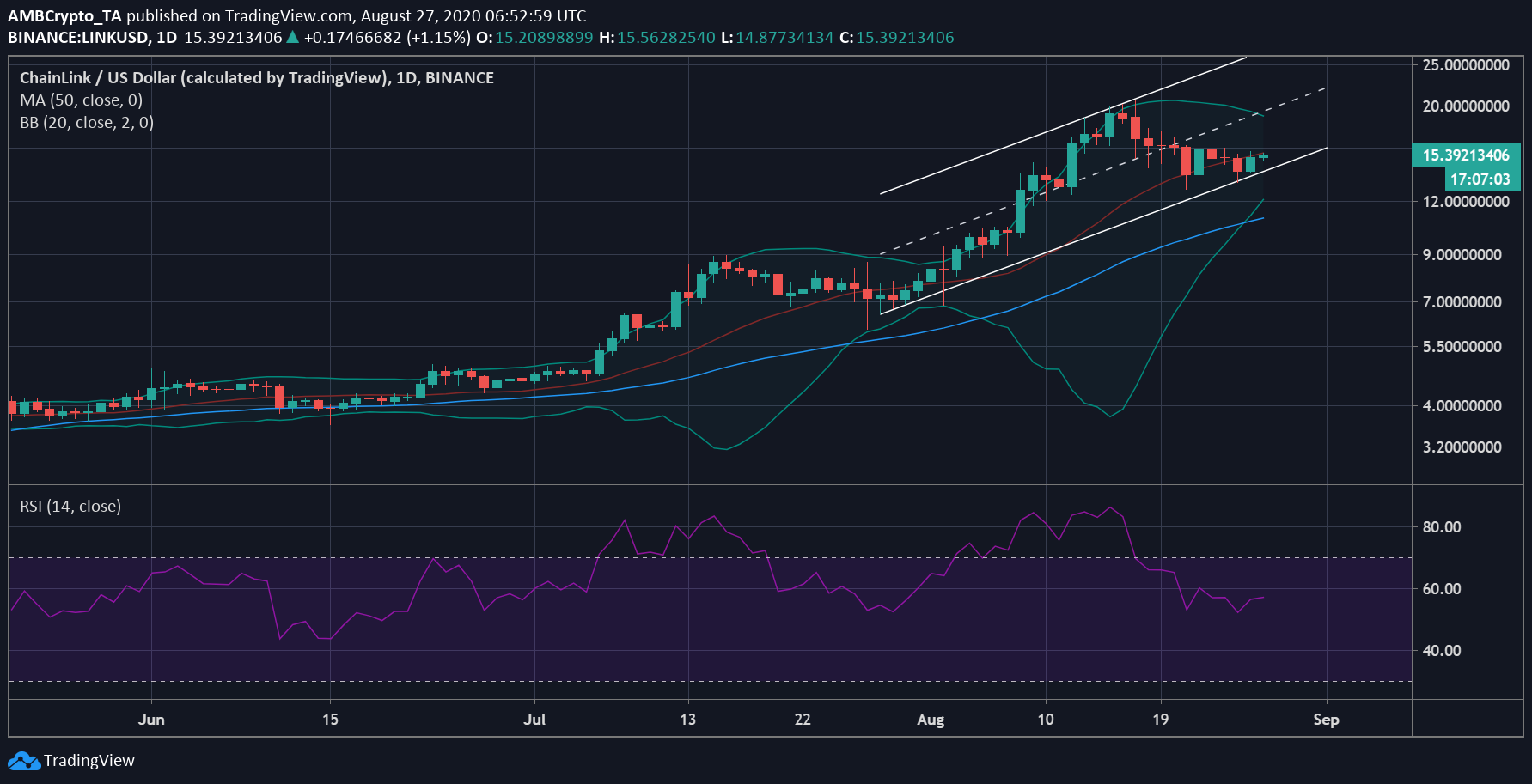 The daily chart for LINK was registering a steep rise until recently, when the escalation in question was interrupted by some degree of correction in the market. This correction had been taking place along the rising ascending channel, one that signaled bullishness in the market. At the time of writing, LINK was valued at $15.39 as the 50 Moving Average remained under the price candles.

This was due to the rising price trend, whereas the signal line from the Bollinger Bands pointed to indecisiveness in the market.

However, after a period of extreme volatility, the LINK market, at press time, was experiencing low volatility on the charts. Further, traders were evening out the buying and selling pressure, something highlighted by the Relative Strength Index. 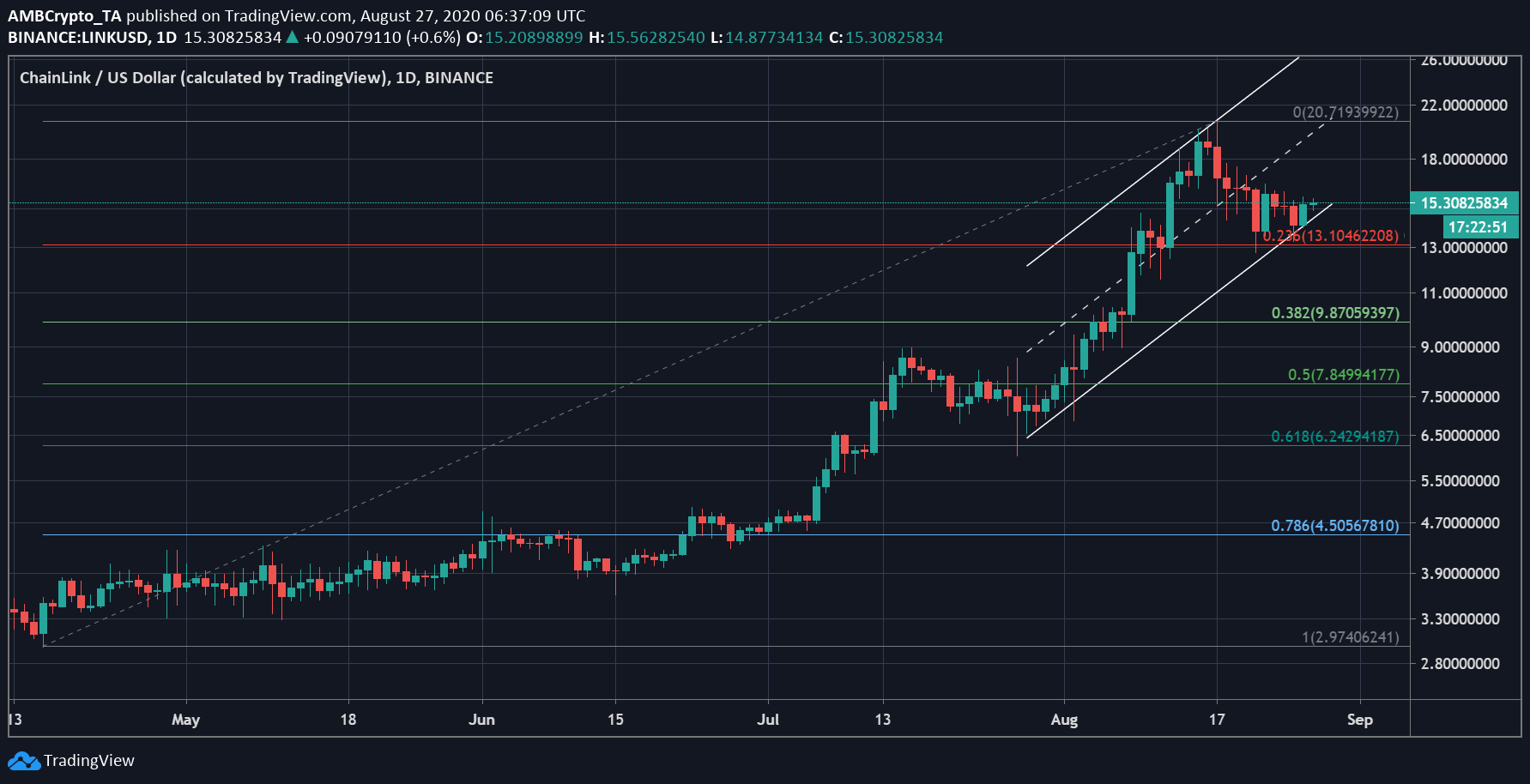 With the market in a conundrum about the future of LINK, the ascending channel pattern pointed to a bullish breakout on the charts. The important levels for the digital asset included a resistance zone from $18.76 to $17.76. This was followed by support at $13.10 and $9.87.

With LINK’s press time price surfing around $15, it had a support level marked at $13. However, if the price of the crypto were to fail to hold on to this level, it may be pushed further down the charts. However, in light of the low volatility in the market and the support offered by buyers, LINK’s price might not go too further down.