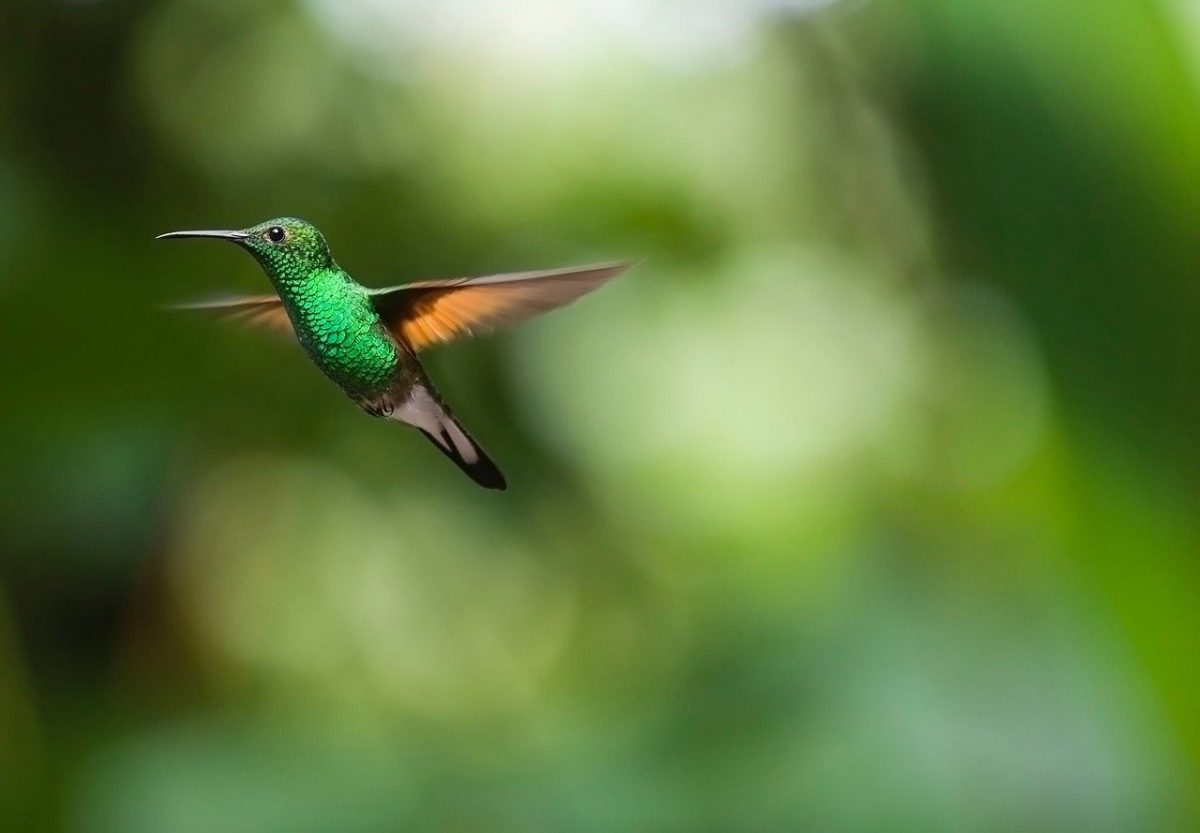 The altcoin market continued to rally as Bitcoin Dominance fell further to 61.42% of the market share. Chainlink ascended past $15 and was likely to see further gains in the coming days. Dash had strong bullish momentum as it breached the psychological level at $100, while Compound registered gains in recent hours that were at odds with buyer interest for COMP. 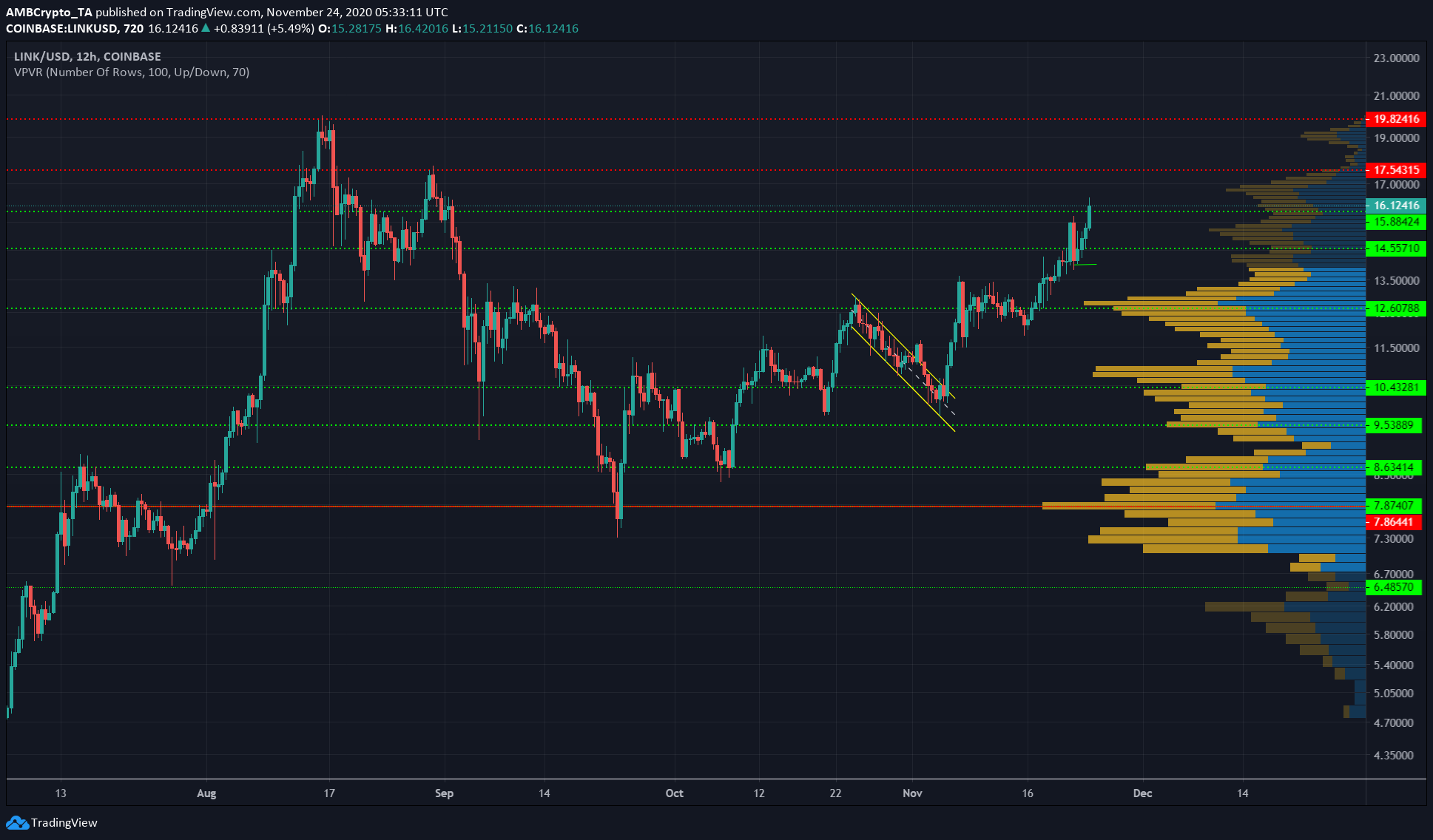 The 12-hour chart for LINK showed some of the more relevant levels of resistance for the crypto asset based on VPVR.

The levels that are most interesting are $14.3, $15.2, and $16.7. LINK was trading at $16.12 at the time of writing and had strong short-term bullish momentum that could easily catapult the coin to $17 in the next few trading sessions.

Historically, $15 to $12 has not seen much price action, so a climb above $15 is inherently bullish for the coin in the medium-term. It remains to be seen how long the uptrend can last, but LINK was likely to climb to $17 in the coming hours. 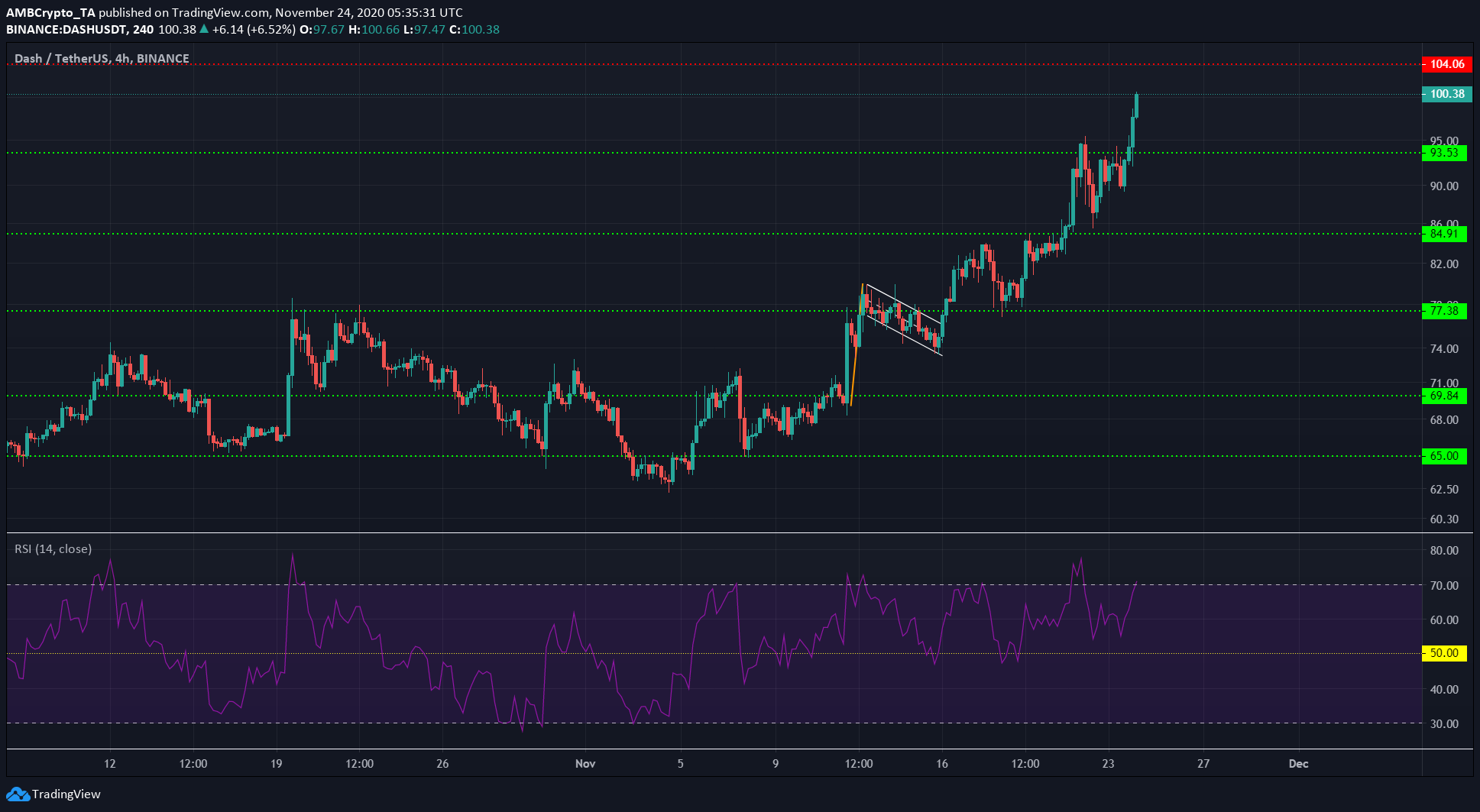 Dash on the 4-hour chart was pretty similar to many other large-cap coins. It registered sizable gains over the past few trading sessions.

The RSI was in overbought territory, but more importantly, the price reached a higher high while the momentum indicator has not. This depends on the candle close, but $116 and $125 are the upside levels of resistance to watch out for.

A minor pullback can be expected for DASH after a possible test of resistance at $116, or it could surge past and flip resistance to support and offer another opportunity to enter a long position. 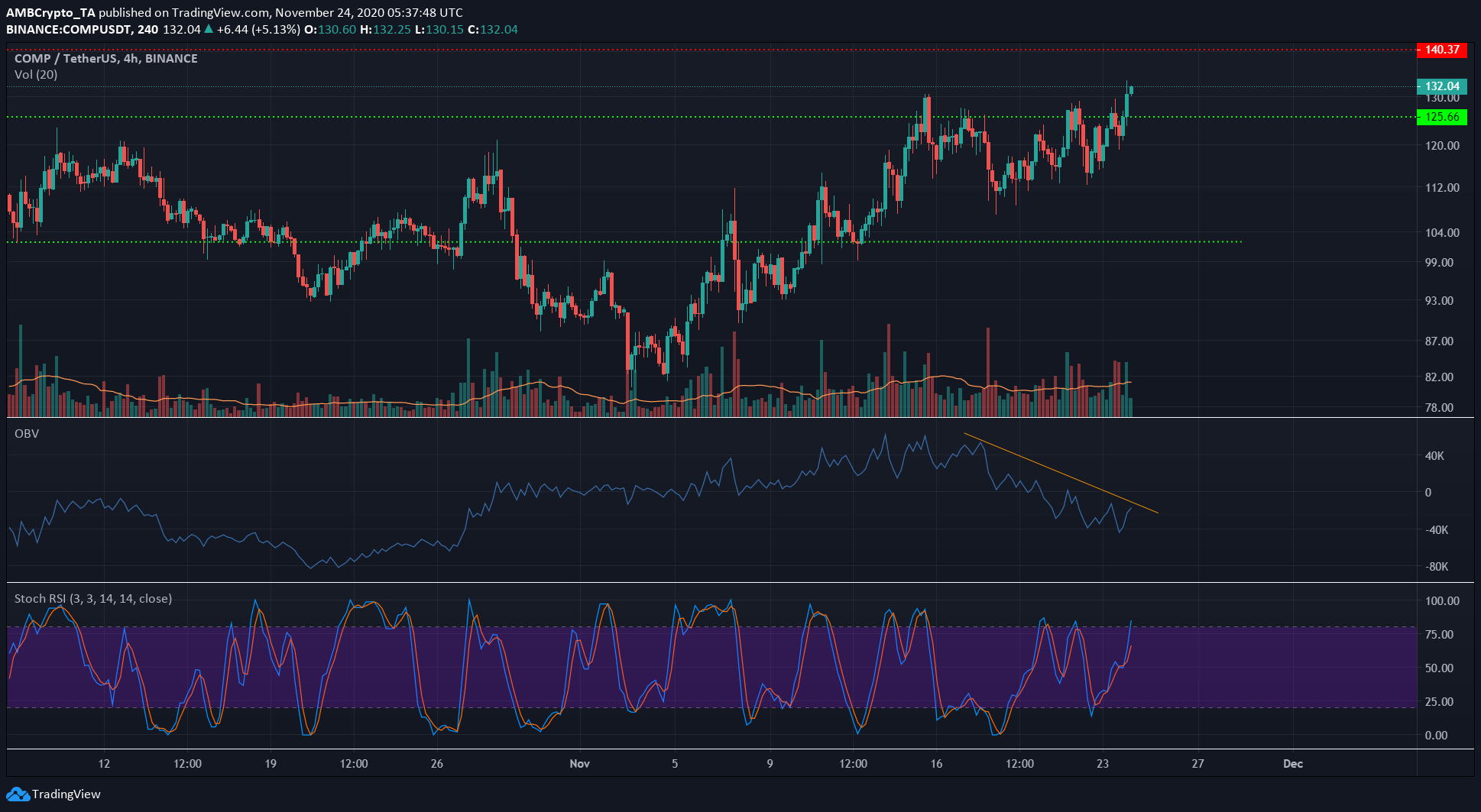 Compound enjoyed the bullish outlook that favors most of the crypto space. It posted notable gains in the past few hours and moved past the stubborn level of resistance at $125.

However, the trading volume has been pretty skewed toward the sell side, according to OBV. It showed that buying volume was falling, even as the price climbed.

The conclusion is that, due to the bullish sentiment in the market, COMP can definitely rise further. However, the buyer interest is definitely not present to back the recent surge from $112.