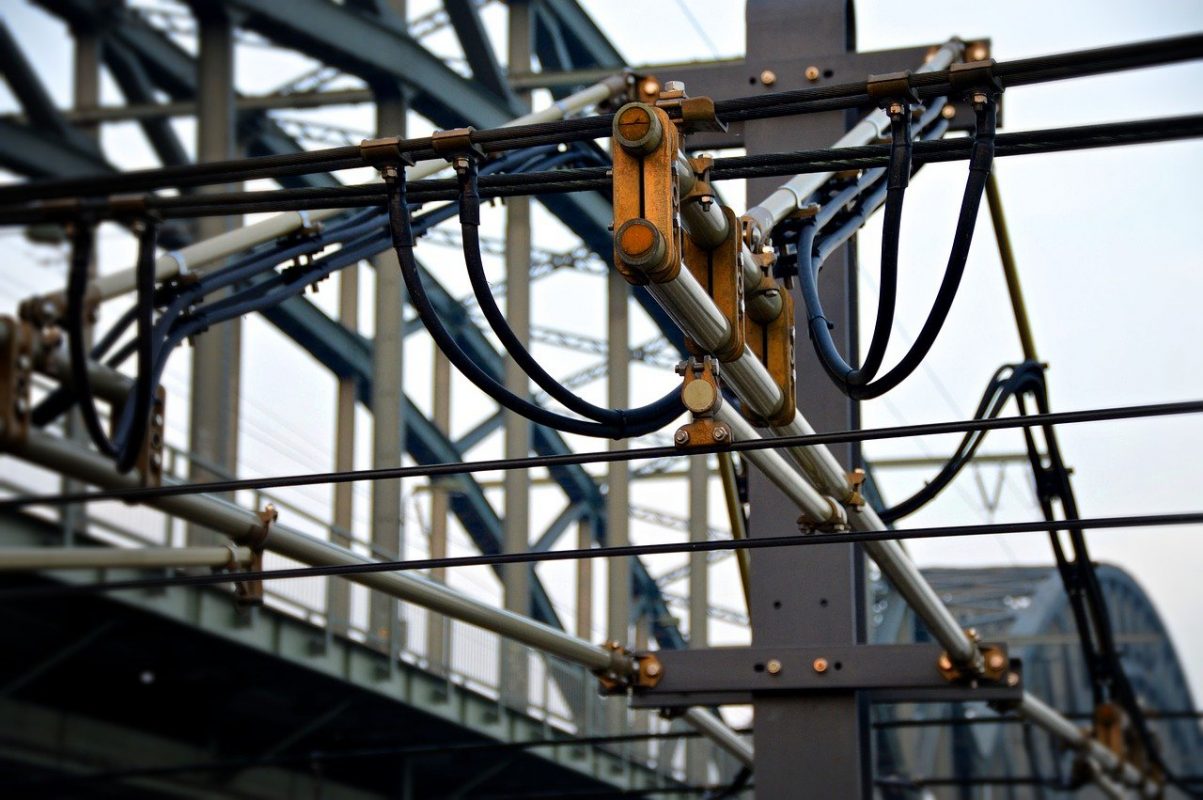 Chainlink‘s charts highlighted two important levels that could determine its long-term movement, while on the shorter timeframe, the crypto-asset lacked any momentum. Cosmos‘ buyers showed some interest, but it was unclear if it would be enough to propel ATOM higher. Decred has been volatile lately, but its movement underlined the possibility of gains over the next few days. 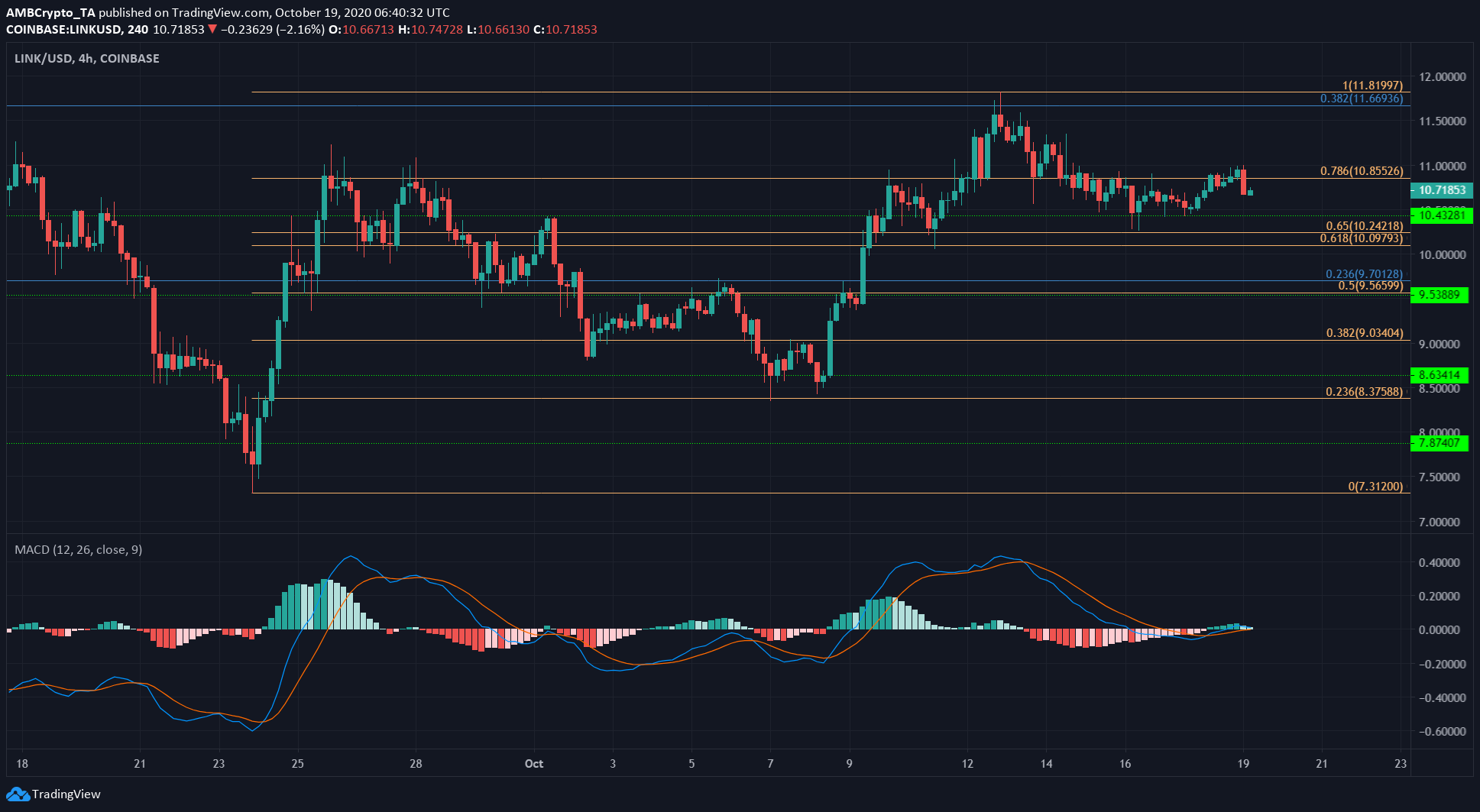 Their confluence can give some idea of what LINK should expect, and the conclusion to be drawn was that $11.6-$11.8 would be a zone of stiff resistance for the crypto-asset, while the $9.5-$9.7 zone can be strong support.

The price tried to climb past $11.8 in recent days but was rebuffed. It could be heading towards its support at $10.4, before making a move upwards.

The MACD noted neutral momentum for the crypto-asset in the near term, although it had generated a weak buy signal recently. On the longer-term timeframe, a close outside $9.5 or $11.8 could see strong momentum gather for the coin. 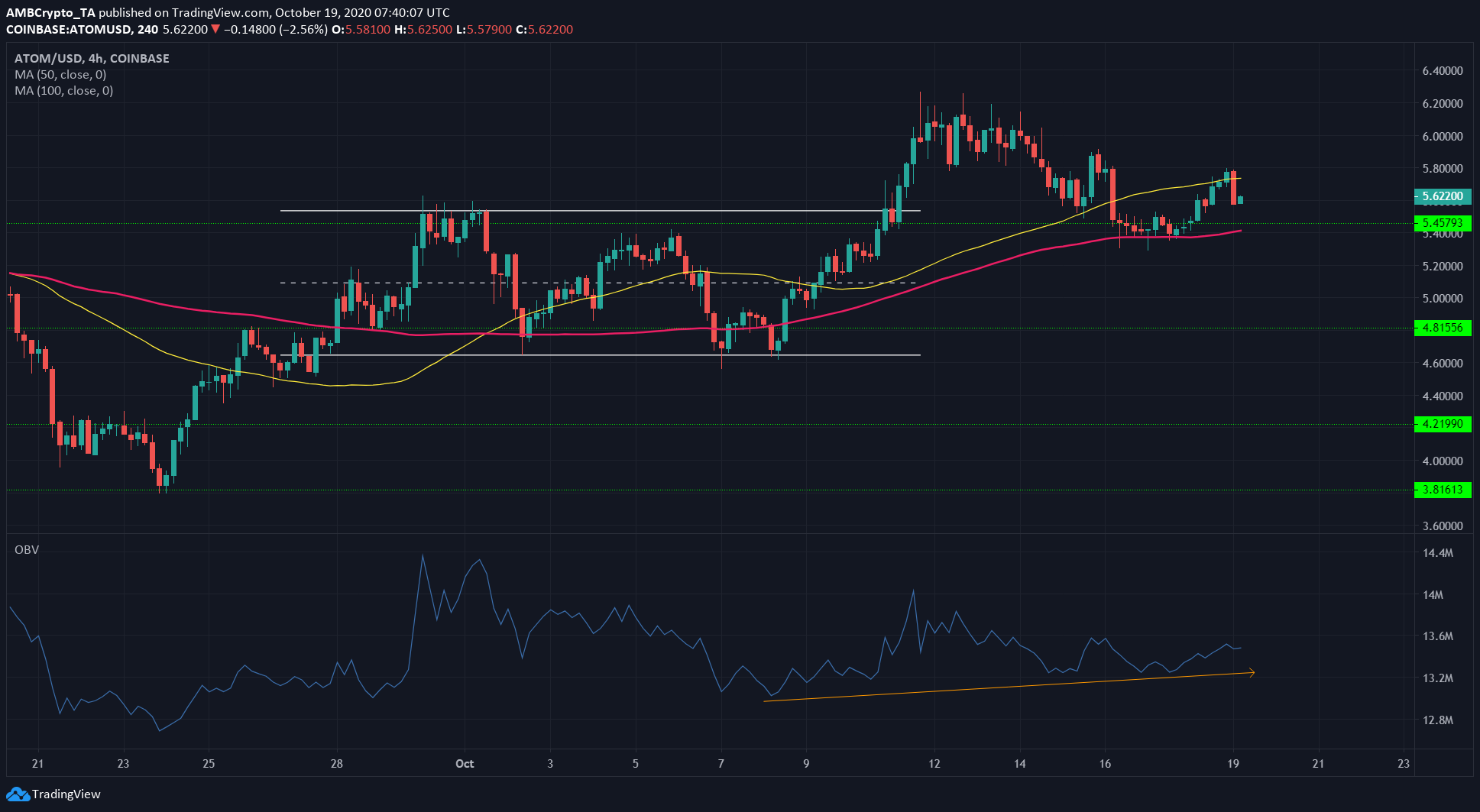 ATOM formed a rectangle top pattern (white) and appeared to break out of the pattern, but was thrown back under the upper trendline and even briefly lost its support at $5.45.

For this pattern, a breakout followed by a throwback indicated a weak breakout, and gains for ATOM in the coming days may not be as strong as they could otherwise have been.

The OBV was also forming higher lows, indicating buyer interest in the crypto-asset. The past couple of weeks also saw a floor being set on the OBV, and a fall beneath that could spell trouble for ATOM’s bulls. 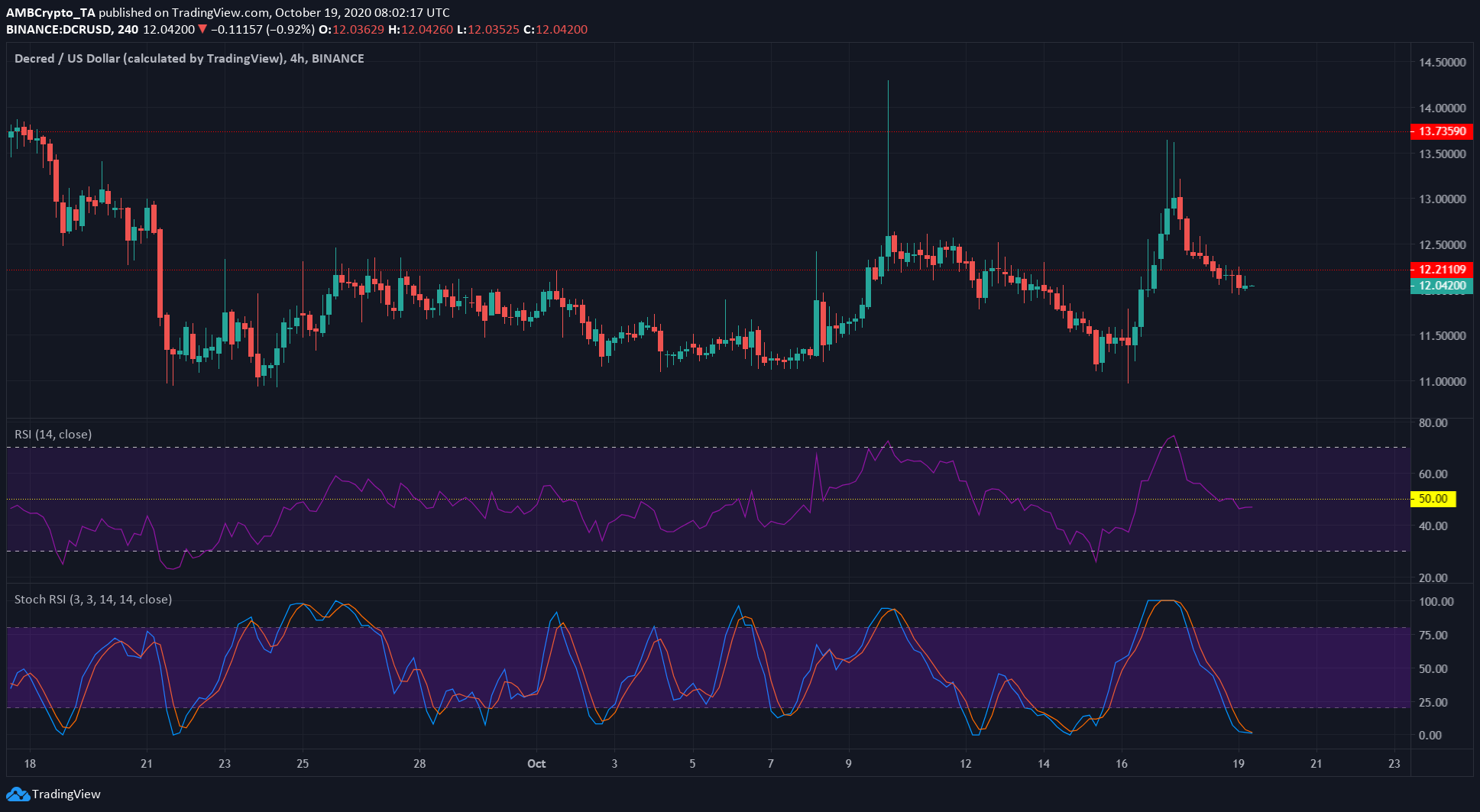 Decred went from oversold on the RSI to overbought within a few trading sessions on its recent spike to $13.73.

At press time, the price had fallen just under the $12.2-resistance level. While the RSI noted a figure of 49 and indicated neutrality, the Stochastic RSI was in the oversold zone.

Another move upwards was on the cards for DCR. The bullish momentum would be somewhat weakened if DCR saw a rise, but failed to close above the most recent high at $13.