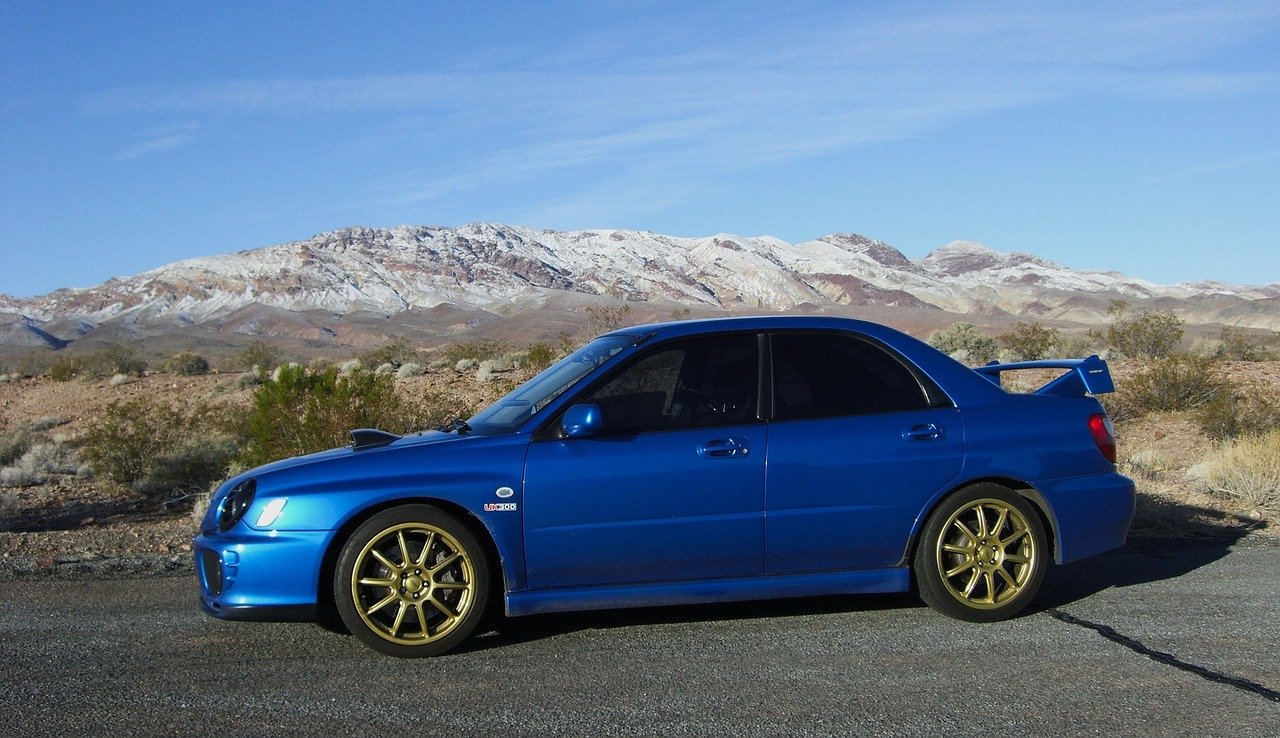 Bitcoin’s dominance, alongside Bitcoin‘s own price, was rising steadily and stood at 65.58%, at press time. While some altcoins posted gains alongside Bitcoin, their performances have not generally been bullish. In fact, Cardano was trading within a descending channel and could lose a level of support shortly. Synthetix and Dash seemed strongly bullish as they retraced some of their recent gains and looked ready for another northbound move. 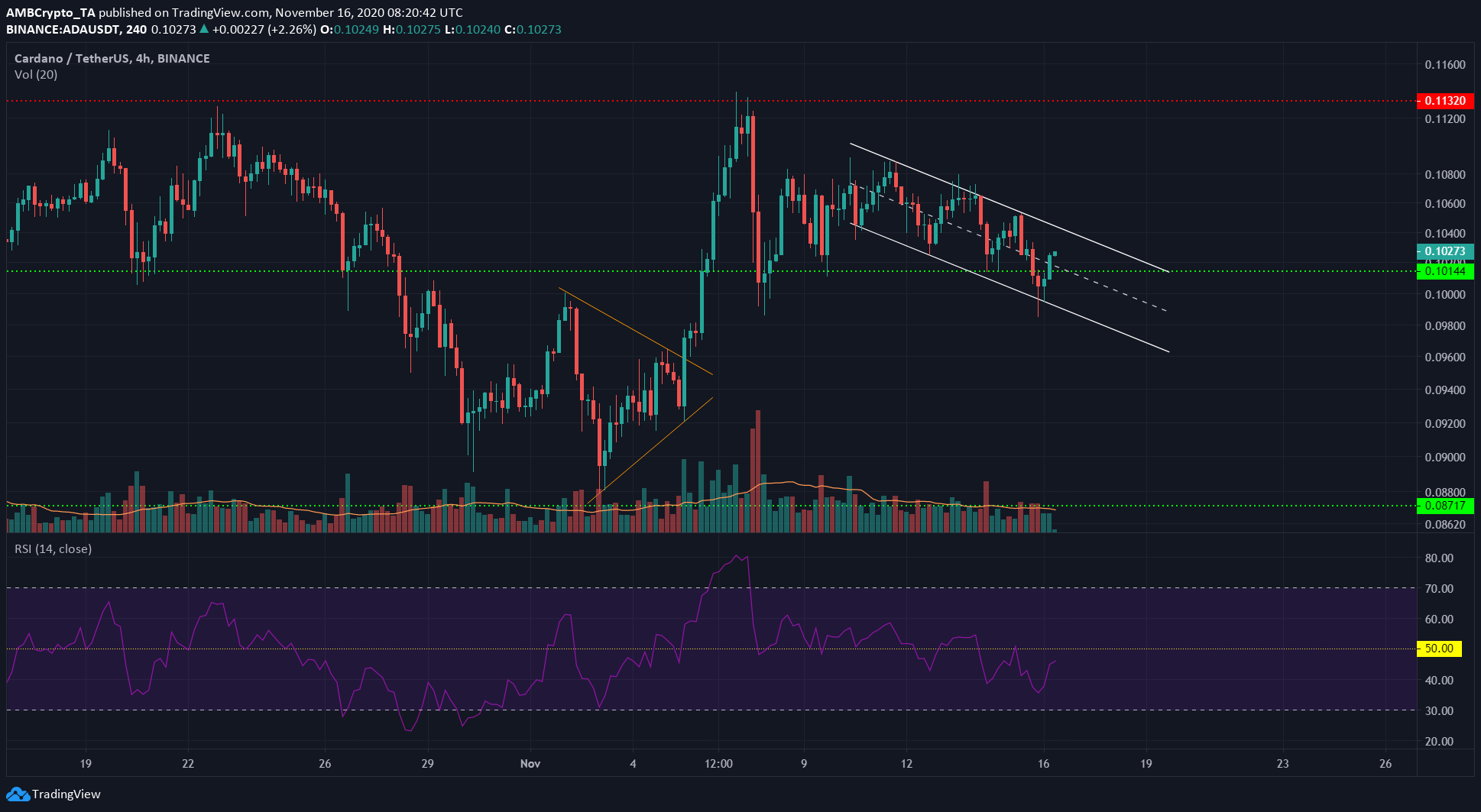 Cardano has been moving in a descending channel over the past few days, while its RSI also saw lower highs being set and a drop beneath 50. As far as the RSI was concerned, it retested 50 and dropped lower to indicate a likely downtrend for ADA.

There has been steady trading volume over the past few days as the price moved lower inside the channel. This would change if the price broke out of the channel.

There was also support around the $0.101 region for ADA, hence, a bounce was possible for the crypto asset off that region. A close below $0.1 would reinforce bearish pressure. 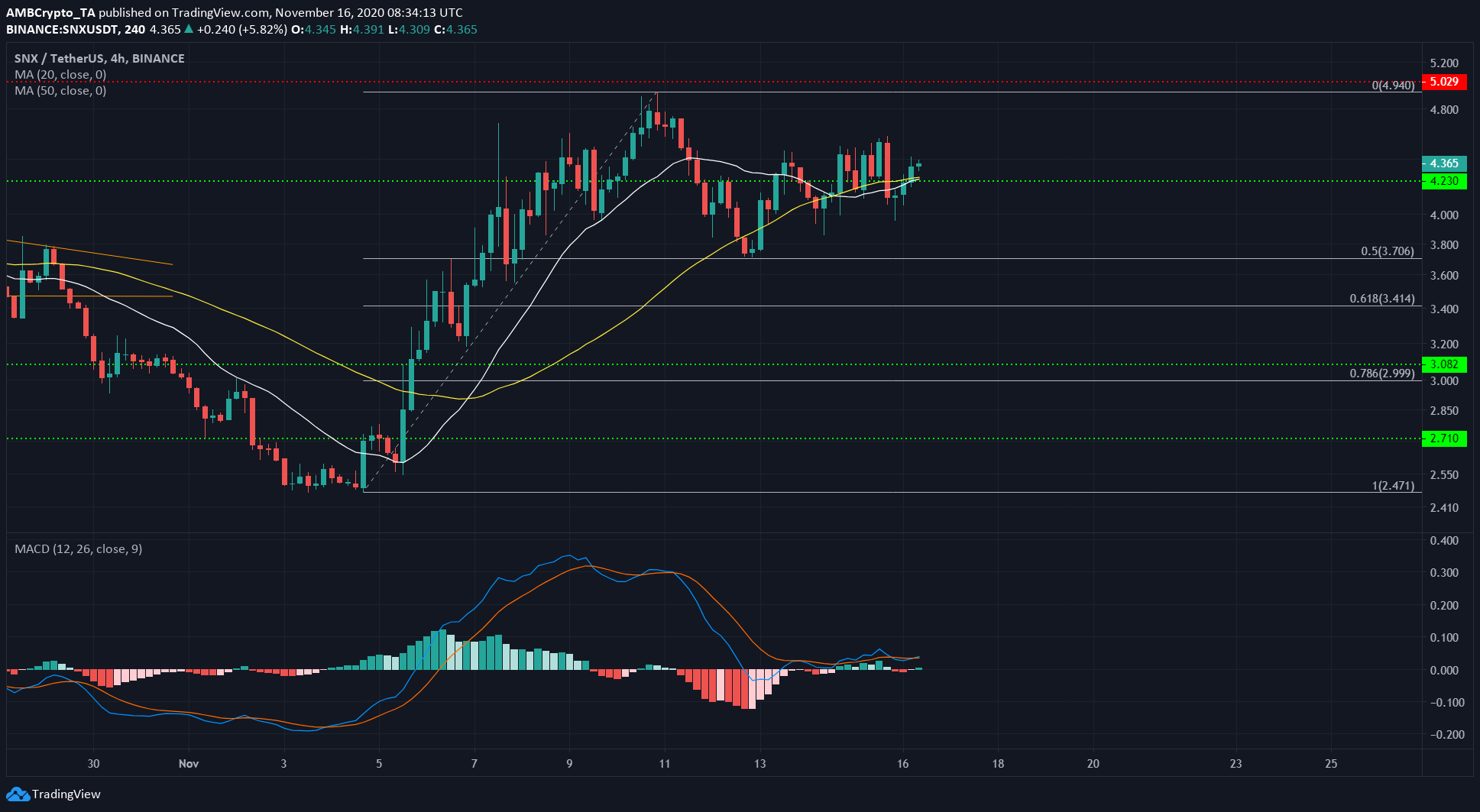 The price of SNX was above both its 20 SMA (white) and 50 SMA (yellow), implying a strong bullish trend of late. Using the Fibonacci Retracement for DASH’s surge from $2.47 to $4.9, some important levels were highlighted too.

The price bounced off the 50% retracement strongly to head up and rise past the level of resistance at $4.23.

The MACD did not indicate any momentum in either direction, at the time of writing, but this was likely to change. It can be expected that SNX will retest $4.23 to flip it to support and surge, with the 27% extension of the Fibonacci levels giving a target of $5.6.

This would likely be too optimistic, with a strong level of resistance at $5 to be surmounted first. 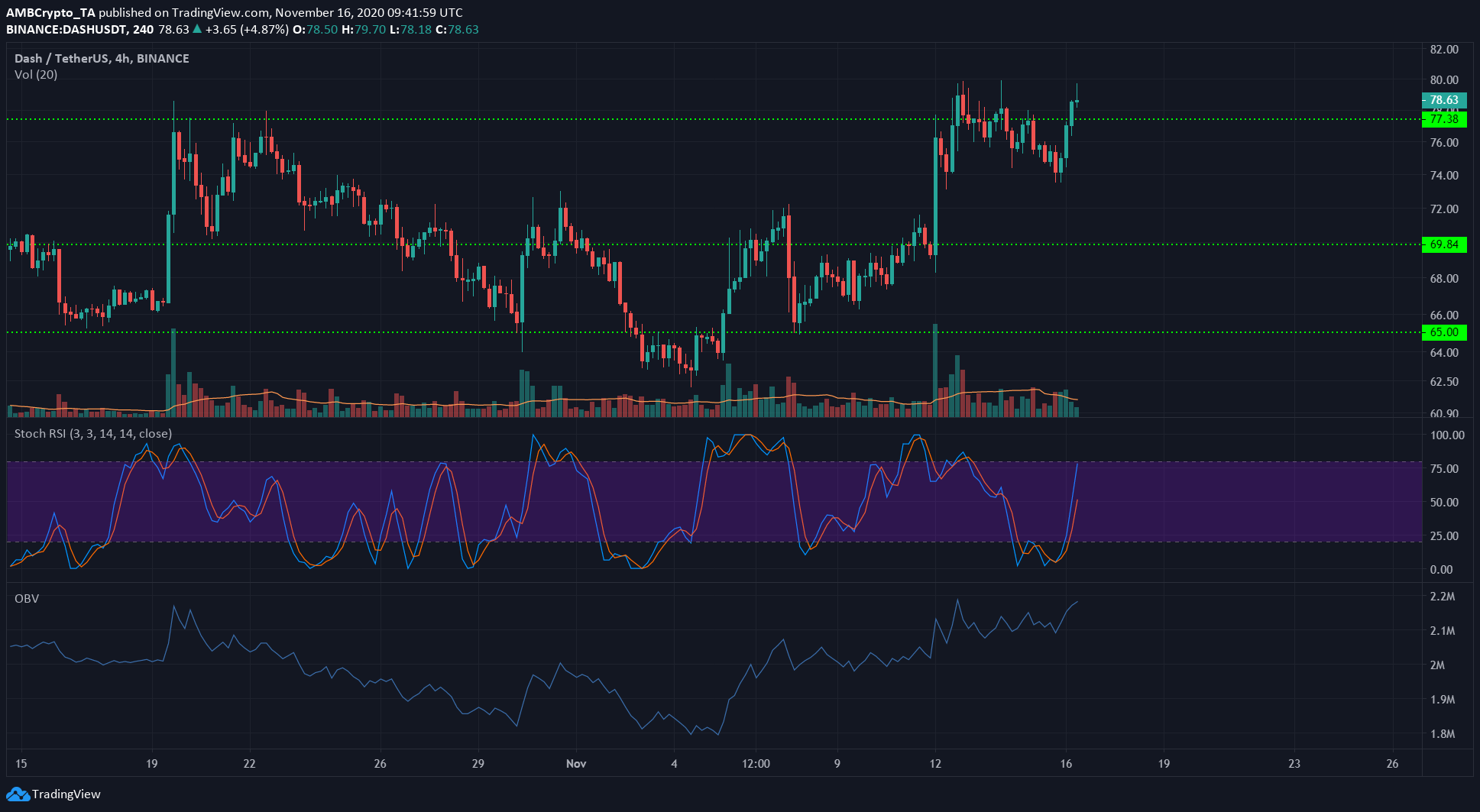 DASH rose past its resistance level at $77.4. The Stochastic RSI reached the overbought territory over the past two weeks, and subsequently, DASH corrected a little lower, before posting more gains.

The OBV showed that there was a strong buying volume behind the crypto asset’s recent strong performances.

In keeping with its previous performance, DASH can be expected to rise towards $81 before seeing a correction to retest $77.4 as support in the coming hours.

Pakistan’s SEC is studying a regulatory framework for digital assets

Only Bitcoin, Ethereum will remain in the top-10, says Novogratz