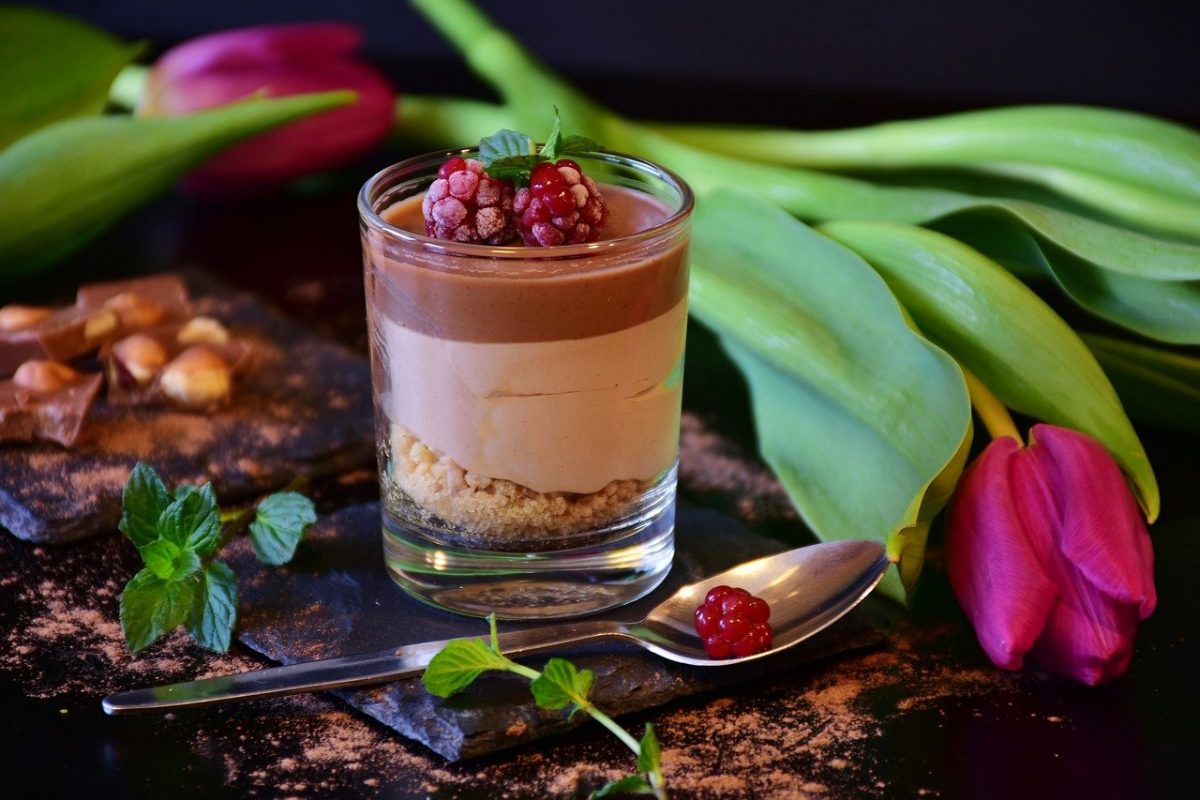 Cardano registered a strong surge over the past few days, but the market’s bulls seemed to be exhausted by the time of writing. ADA’s reaction at important levels would indicate whether buyers or sellers were in control of the market.

Filecoin had a few quiet trading sessions over the past few hours and could see a breakout in either direction, with an upside being likely. Finally, VeChain showed signs of a trend reversal over the past couple of days, but the market’s bears were quick to expunge them. 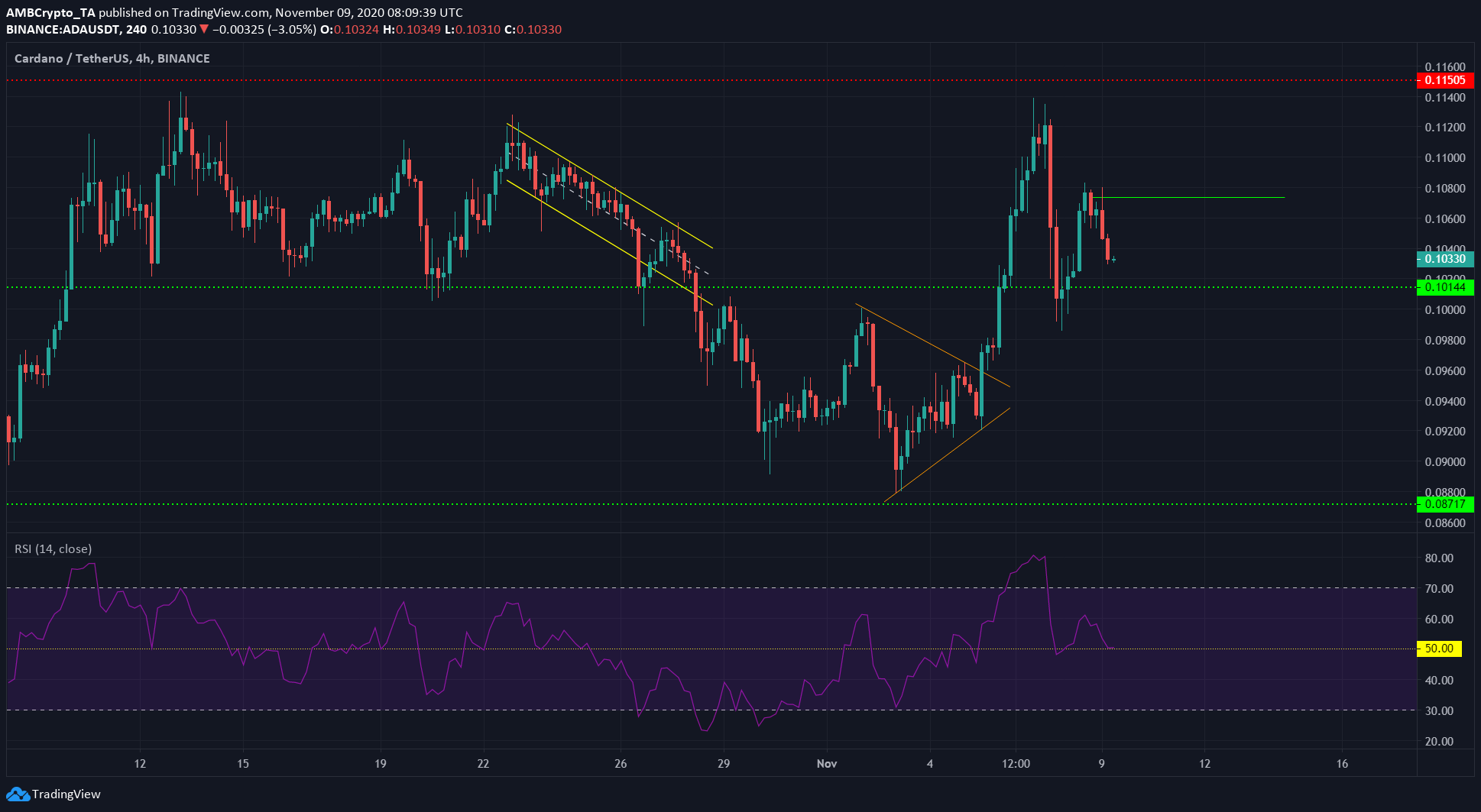 Cardano formed a symmetrical triangle (orange) and broke out strongly to the upside. It was not quite able to test the resistance at $0.115, however, and instead, faced some selling pressure at $0.112.

It retested the $0.101-level as support and rose towards $0.107, but was unable to rise further and that might have put an end to its bullish momentum.

The RSI has been above 50 even after the aforementioned drops, implying that bullish momentum was still in play. Yet, the price had also failed to set a higher high on the charts.

A close for ADA under the support at $0.0099 would be bearish in the short-term, while a bounce off the support would have to rise higher than $0.0107 to show that the bulls still had some fight in them. 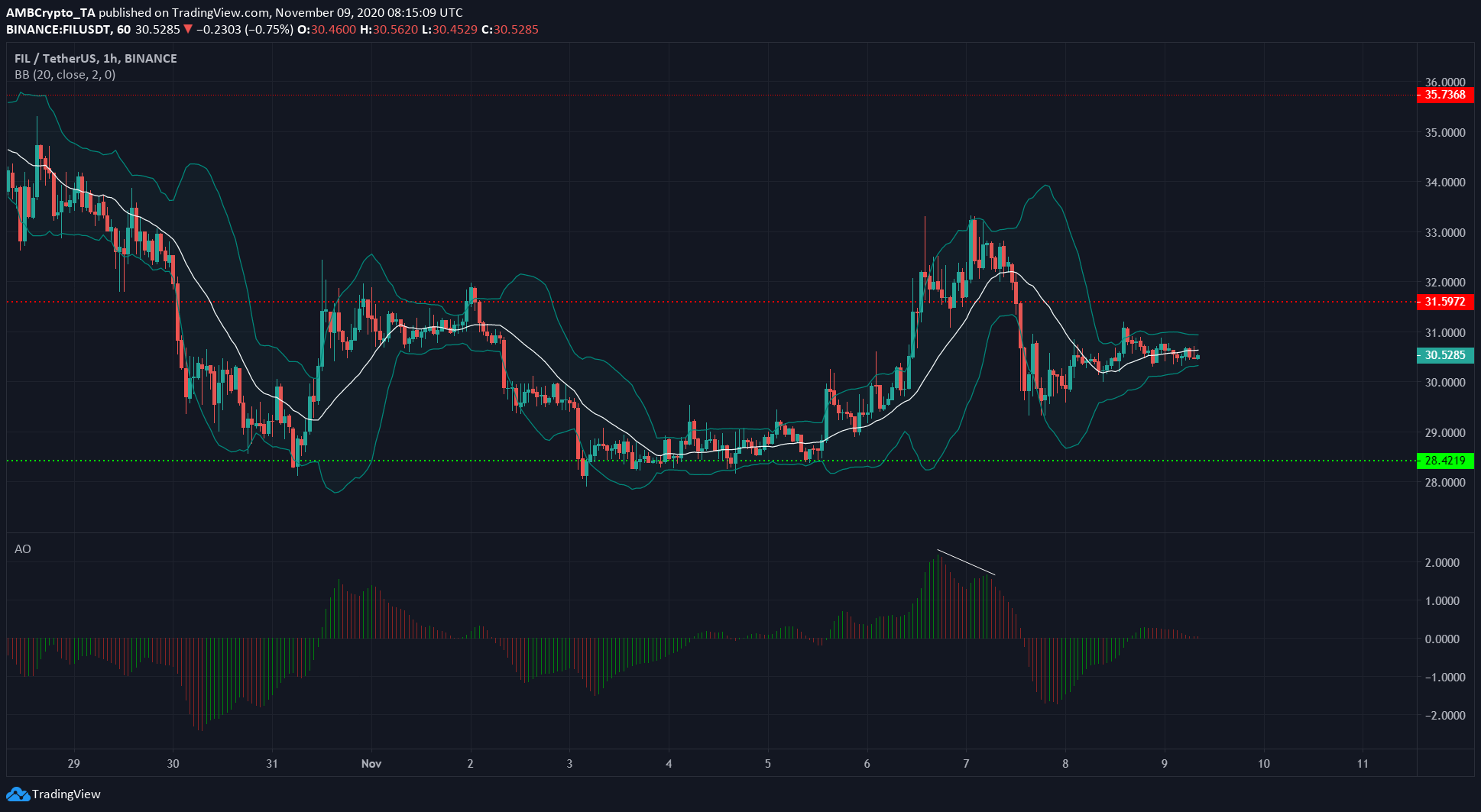 The Awesome Oscillator highlighted a bearish twin peaks setup (white), a signal to short the crypto-asset. Subsequently, FIL dropped from $33.2 to $29.5. The indicator showed that momentum had flipped from bearish to bullish over the past few hours, but the upward momentum was on the wane on the histogram.

Further, the Bollinger Bands were also tight around the price, indicating lowered volatility.

A few days ago, the cryptocurrency’s price had breached and retested as support the level at $31.5, before a violent move to the downside. And yet, this was still a higher low compared to the previous week when FIL was straddling the support at $28.4.

Hence, there is a chance that FIL would break out to the upside once more, but it would pay to watch the Bands widen upon a FIL move to place a trade. 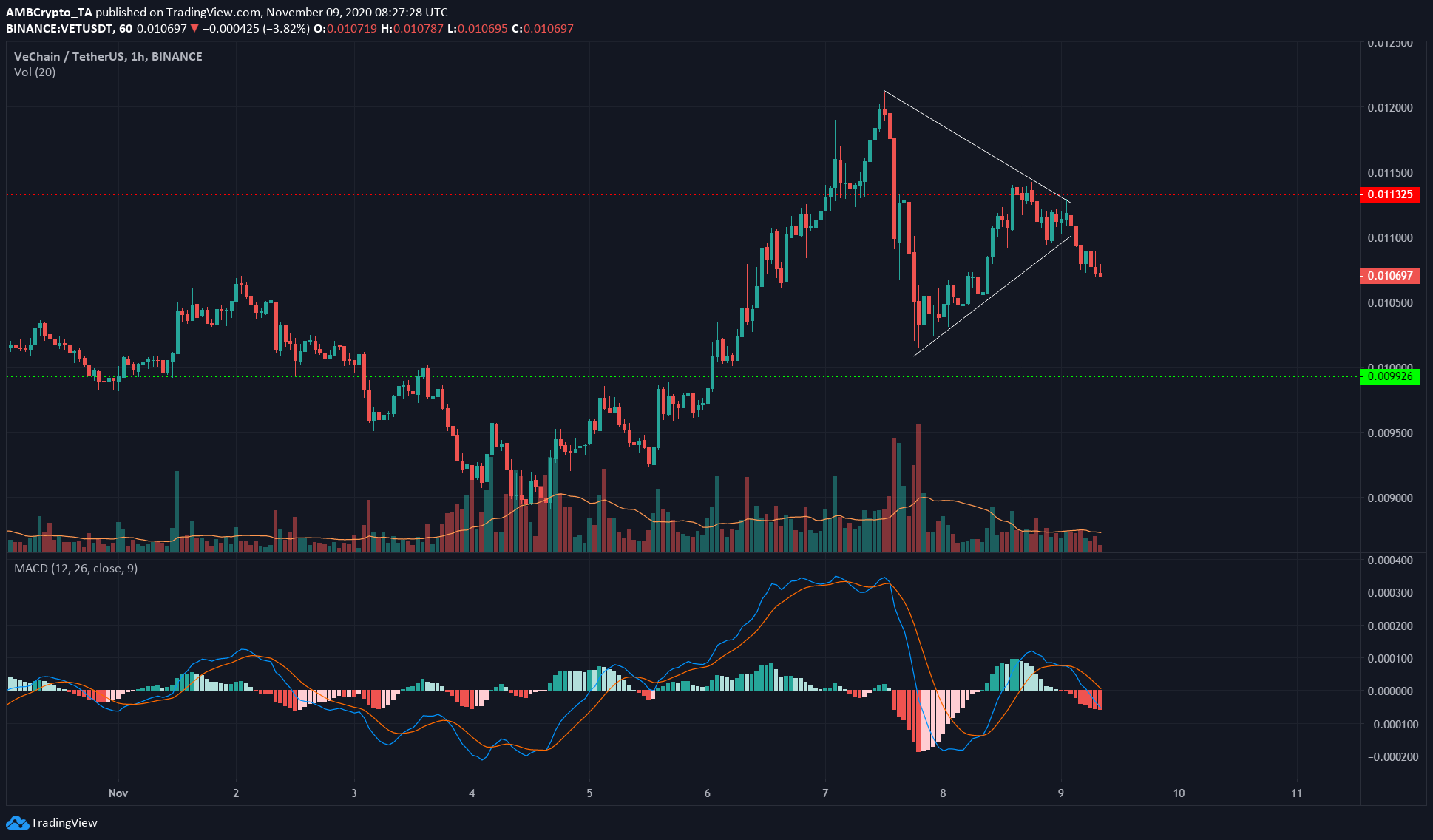 VeChain surged past the resistance at $0.011 after initiating a reversal of its downtrend, before facing strong selling pressure on the charts.

The strong drop under the said level, which had been flipped to support, forced a change in bias. The price was as low as $0.0101, before moving upwards again.

It formed a symmetrical triangle pattern on the hourly chart and had broken to the downside. The MACD agreed and highlighted strong bearish momentum for VET in the short-term.

VET was likely to test the support at $0.0099 once more, and it might possibly see its support flipped to resistance in the coming days.

Bitcoin: Why investing in a magic calendar is too good to be true