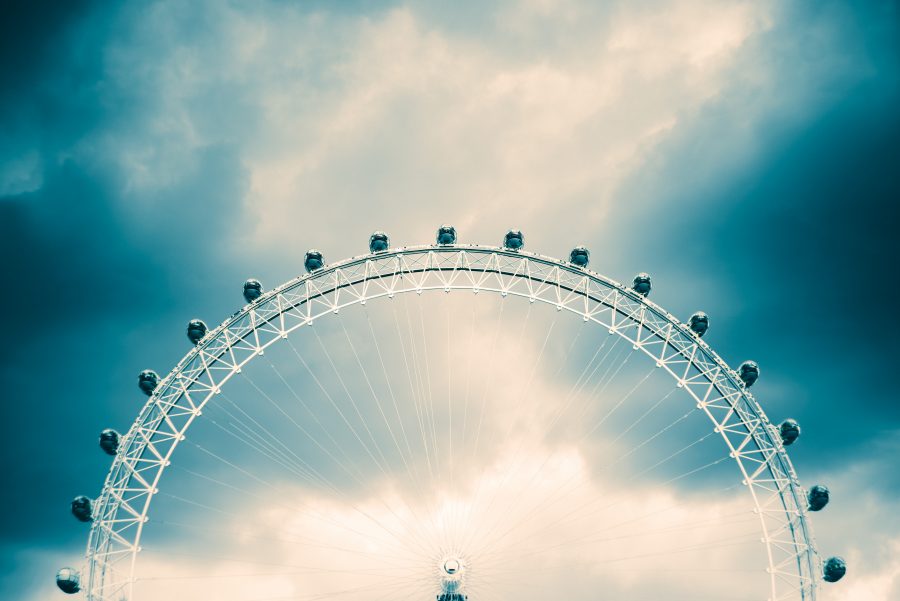 Make it or break it, or rather, once you break it, make another?

Decentralized currency was created with a vision to relinquish the absolute control that governments have over the everyday monetary system. The currency that we use on a daily basis can, on a whim, be devalued by a central bank’s monetary policy and the government can even alter the amount they “steal,” from citizens via their fiscal policy.

To sum it, government is the enemy, and when it crumbles, or shows signs of it, the cryptocurrency world revels.

This motto is rung loud and clear when a crisis, especially one that sets financial and economic tremors, ravages a country. Over a decade ago as the infamous housing crisis was setting in its aftershocks and Bitcoin was taking its baby steps, many pointed to decentralized currency’s overhaul of the traditional financial system, with a used-case already presented.

Now, in 2019, a similar link is being presented with respect to Brexit-the long-drawn-out exit from of the United Kingdom from the European Union. A crisis that has encapsulated the attention of the world, created a backdrop for a refugee crisis, led to severe shocks for the Great British Pound [GBP], laid the country is absolute political turmoil, is now beginning to attract the attention of cryptocurrency enthusiasts.

What could possibly go wrong?

The prospect of decentralized currency to “stabilize,” a country that will see a tectonic shift to its financial services industry is an enticing topic, to say the least, but some attest that given crypto’s infancy and the lack of adoption in economies like the UK, this is still an insurmountable task. There have been steps where central banks have mulled the prospect of a digital assets, albeit with internal infrastructure and complete centralized control. I guess you could say, they put the central in centralized cryptocurrency.

Jokes aside, a massive economy like the UK exiting from the European Union and floating its financial services industry with cryptocurrencies can seem inviting, as one prominent analyst decided.

Nigel Green, not Farage, from the deVere Group, a financial advisory organization put out a study which heralded the possibility of cryptocurrency’s inclusion in a post-Brexit world. Titled, quite on the nose, “Cryptocurrencies should help boost Brexit Britain’s beleaguered financial services,” Green intended to present the case of the use of decentralized currency and blockchain technology to build, or rather re-build, the UK economy and keep the financial services company in the island.

Green initially highlighted the divergent nature of Bitcoin and Brexit. The former seems to be soaring, with the price surging by over 200 percent since the beginning of the year, while several big-names like Facebook, Fidelity and JP Morgan are integrating digital assets to their mainframe. The latter, no one knows what’s going on with, with no spearhead to lead discussions, and the domestic parties infighting, the UK’s economy is “contracting,” hence the like, by the author itself, is called a “bold assertion, but nonetheless, he persists.

He added that investment in the UK has been ‘steadily draining,’ in addition to confidence in the economy, hence it is understandable that companies are adopting “precautionary,” measures. Given this tumultuous environment, cryptocurrencies can indeed help “reshape,” the sector. In his word,

“How, then, to reshape and reinvigorate UK financial services in a post-Brexit era?

A major part of the answer must be cryptocurrencies.”

Green cites three key reasons why, in a world where the UK is out of the EU, cryptocurrencies can play a huge role. Firstly, with the undoing of international regulatory shackles, which Green contends are “notoriously slow and burdensome bureaucratic protocols,” the UK can make its own regulation with respect to cryptos, and hence make it more “pro-business,” and create a “well-regulated market.”

This, he adds, could allow the UK to move closer to other crypto-regulatory paradises like Switzerland and Japan.

Despite the pragmatically loft sentiments that Green presents, in theory, his adoration of the cryptocurrency community is telling, as he refers to digital assets as the “unquestionably the future of money.” Emphasizing on the retail and institutional interest that the cryptocurrency world is witnessing coupled with the surging price, the UK should lead this change. He stated,

“Whilst other jurisdictions focus on the current, the UK should set its sights on the future to be ahead of the game.”

Veering to the prospects of blockchain technology in a world where trade will also be severely impacted if the UK is out of the EU, Green does not emphasize on the administrative ease of DLT, especially in a post-Brexit world, but rather just highlights its importance. He, quite simplistically added that the UK being a “global fintech hub,” should capitalize on the use of blockchain technology, without going into too much detail.

In conclusion, he stated that the UK should look to “other major economies,” which have seen “tangible,” benefits by the cryptocurrency market, which may be on a micro-level, but its reflection on a macro-level is still debated. Green concluded,

“Post-Brexit Britain will be uniquely placed to go even further and by embracing it [cryptocurrency], it could reboot the UK’s financial services sector.”

The green of looping in cryptocurrency into a situation as bat-shit crazy as Brexit is intriguing, but all the chunks of the argument do need to be worked out, not just on the surface. From the outside digital assets can probably seem like a possible introduction, but on further exploration the topic is more nuanced.

Regardless, the one thing that remains is a financial crisis will, invariably, result in the promotion of Bitcoin and the larger market. As you’re reading this, the price of Bitcoin just broke $13,000 and is now inching closer to its YTD high, which is less than $1,000 away.