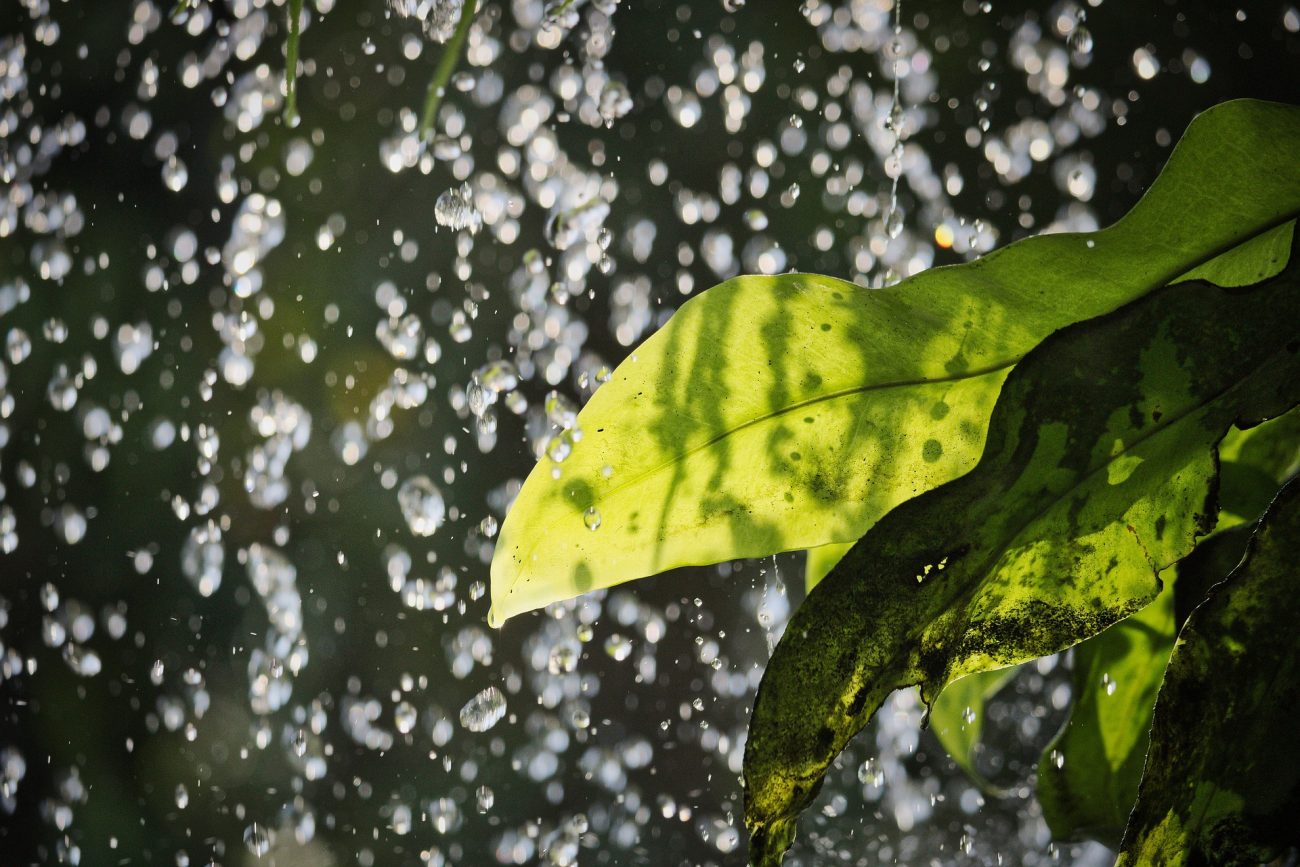 Bitcoin‘s Lightning Network continues to find its way into headlines. However, perhaps the scaling solution would have liked to avoid the kind of attention it is receiving at the moment.

The second layer protocol on Bitcoin’s chain, one that was supposed to fix the long-term scalability issue holding back the Bitcoin network, has been overtaken by its market competitor, Liquid network, according to reports. 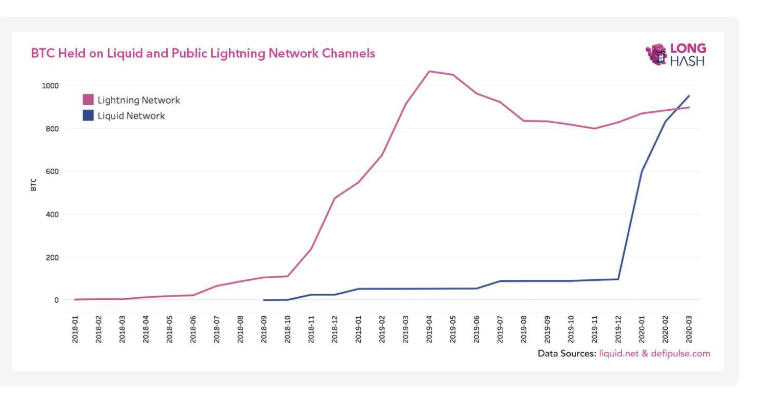 According to Longhash’s recent report, the amount of Bitcoin held on Liquid recently surpassed the Bitcoin lightning network channel capacity. Data suggested that the USD value of the BTC held by Liquid was around 953 BTC, whereas Lightning Network only held about 918 BTC, at the time of writing.

However, the report specifically differentiated between the two by stating that one is public and the other is a private network channel. The BTC held on Lightning Network could possibly be higher because a certain group of people does not let others know about the existence of their nodes on the network.

“They noted 88% of the BTC held on the Lightning Network is held in public channels, according to their blockchain dataset. Based on that information, the amount of BTC held on the entirety of the Lightning Network (including private channels) could be crudely estimated at around 1,043 BTC, which is more than what is currently on the Liquid sidechain.”

In spite of that additional information, it is certain that the Liquid network is gaining traction at a faster rate than Lightning channels. In fact, it largely stems down to how people are utilizing their Bitcoins.

In the current market scenario, it is possible that people use Bitcoin more as an investment tool, than as a medium of exchange.

Liquid sidechain is a project that concentrates mainly on transactions taking place between exchanges. Chainalysis data from 2019 had also indicated that 90 percent of Bitcoin’s activity was largely from exchanges. Hence, Liquid‘s quick catch-up and overtaking of Lightning has been inevitable for a while.

The use of the Lightning network makes little sense at the moment since people are already transacting via centralized regulated exchanges, and operating in a relatively low-fee ecosystem, some of it via the Liquid network.

Therefore, using the Bitcoin-based blockchain for the same coins while putting them in a decentralized ledger and spending more fees, remains a relatively unpopular option. 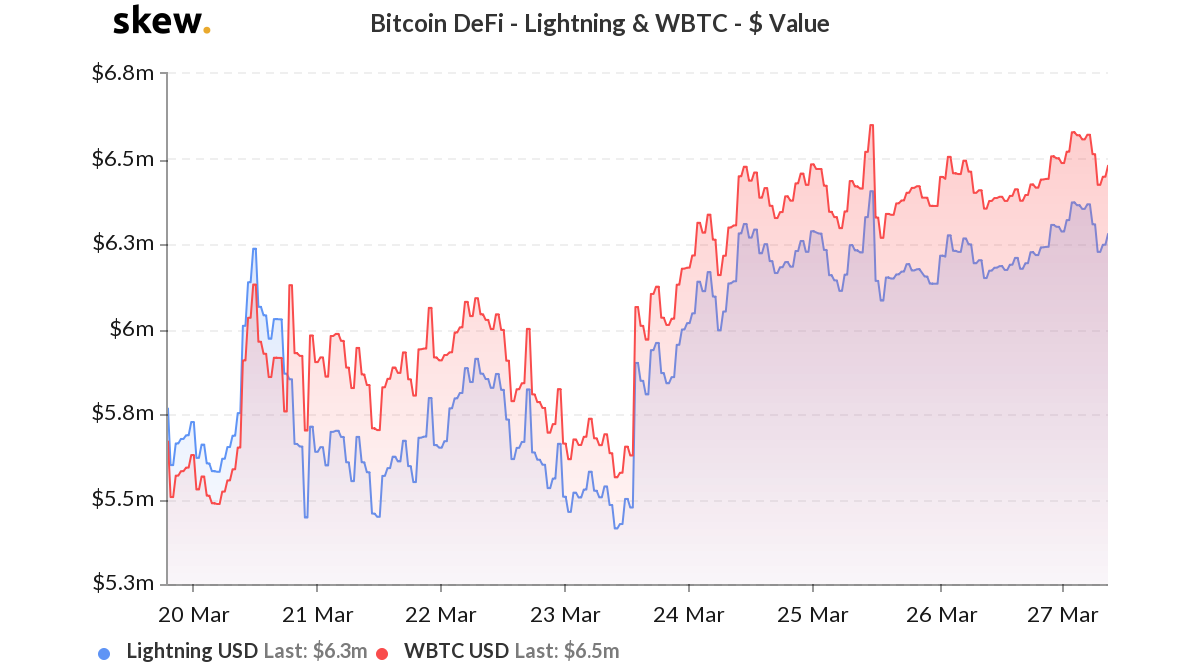 Lightning Network channels appeared to lose the capacity battle with WBTC as well, as the above chart indicated that the amount of Bitcoin held in WBTC had surpassed Lightning’s capacity too.

Since overtaking Lightning on 20 March, WBTC currently held around BTC worth over $6.5 million, whereas its counterpart held around $6.3 million.