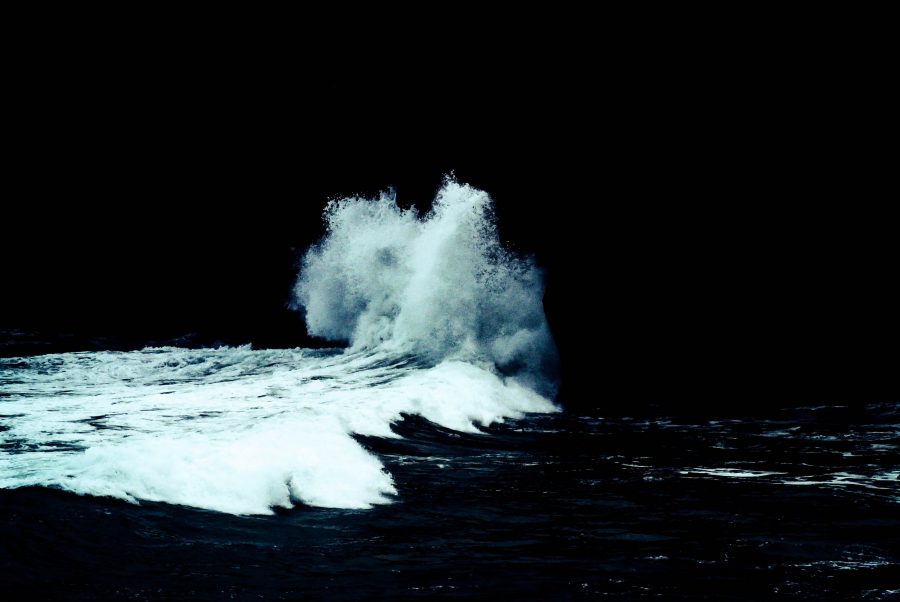 In less than 4 hours, Bitcoin lost almost 6 percent of its value, undoing weeks of bullish momentum, with the Futures market having a field day. Putting an end to a month that began with a golden cross, the king coin dropped to its lowest price in over a month. 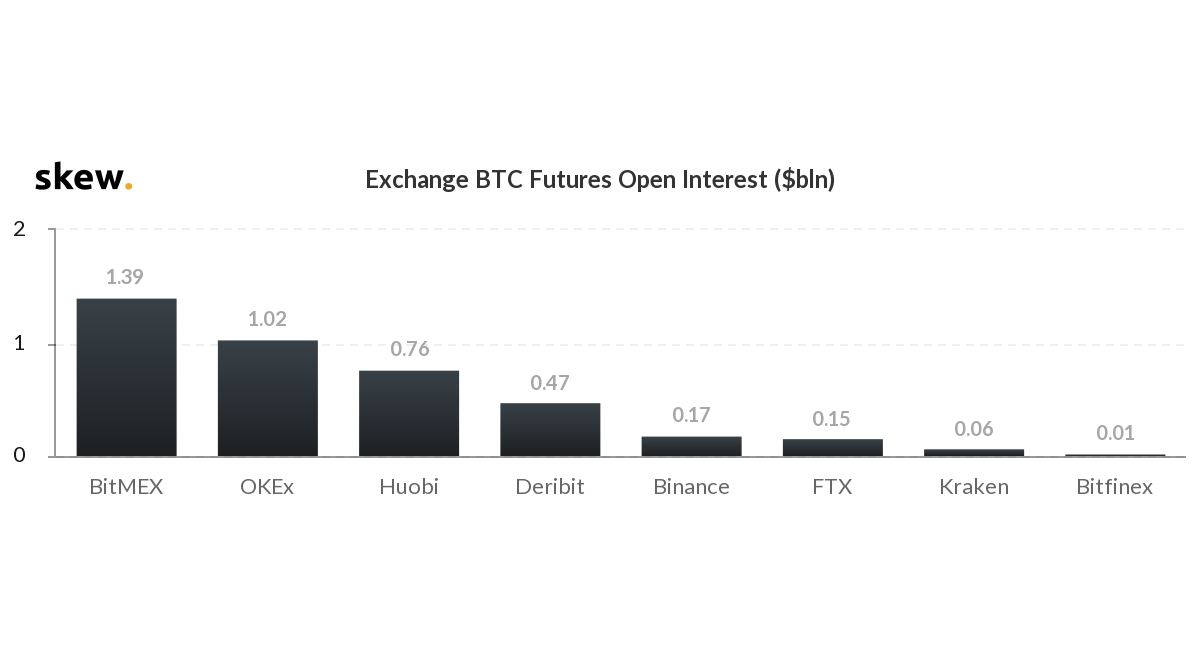 The top three Bitcoin Futures exchanges saw over $15 billion in volume collectively, with the total volume from unregulated exchanges exceeding $20 billion for the first time in February. OKEx topped the charts with $5.7 billion, with BitMEX and Huobi in pursuit, amounting to $5.05 billion and $4.89 billion in volume, respectively.

Wednesday, 26 February’s trading day marginally out-traded the volume seen on Valentine’s Day when the price climbed over $10,000 for the second time in the year. 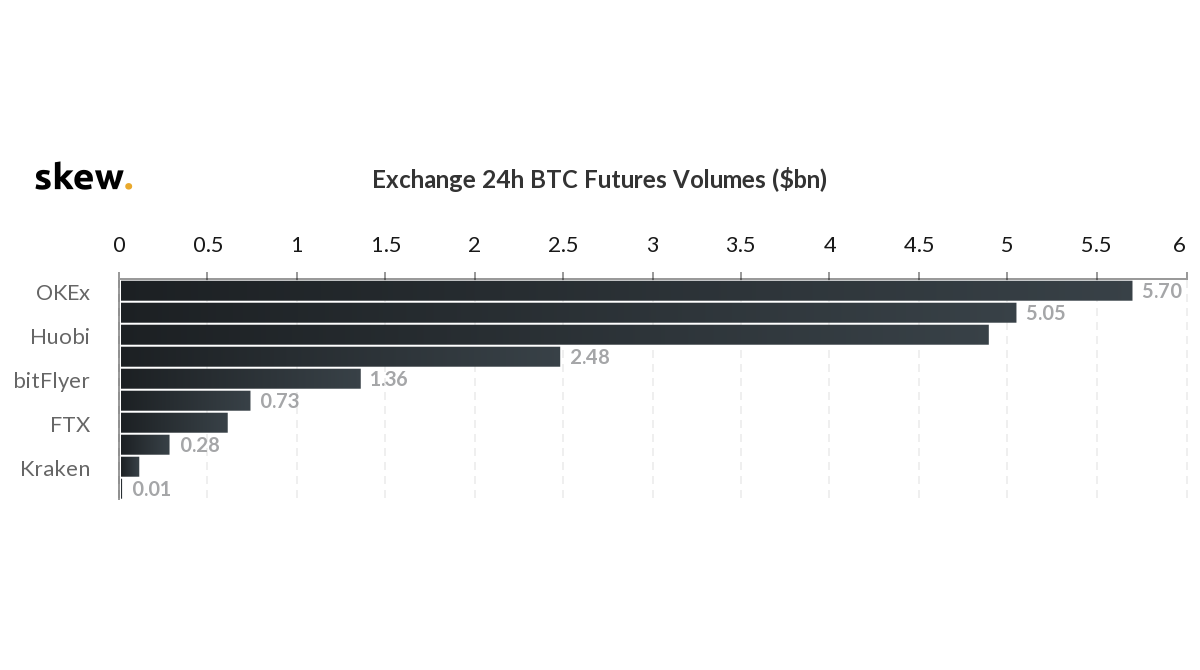 Bitcoin Futures Open Interest | Source: skewInterestingly, the drop in price was so acute and quick that a number of open positions were closed on derivatives exchanges as the Open Interest across the board dropped. As the volume reached a February-high, the OI saw a February-low. The lack of open short positions suggests a fearful market.

BitMEX, which sports the highest OI among the bunch, saw its OI drop to $1.41 billion, a drop of 7.84 percent in less than 24 hours. Huobi and OKEx also saw their Open Interest drop by 14.75 percent and 16.3 percent, respectively.

This drop in positions amid a flurry of trades is indicative of a bearish outlook in the market as derivative traders are wary of opening long positions, expecting a price recovery.

The OI for the entire trading day was recorded to be $4.07 billion, down by 11.52 percent from the previous day and 15.02 percent from its highest point seen on 19 February as the price dropped by 5.5 percent in an hour, with traders expecting a big move to either consolidate it or reverse it. 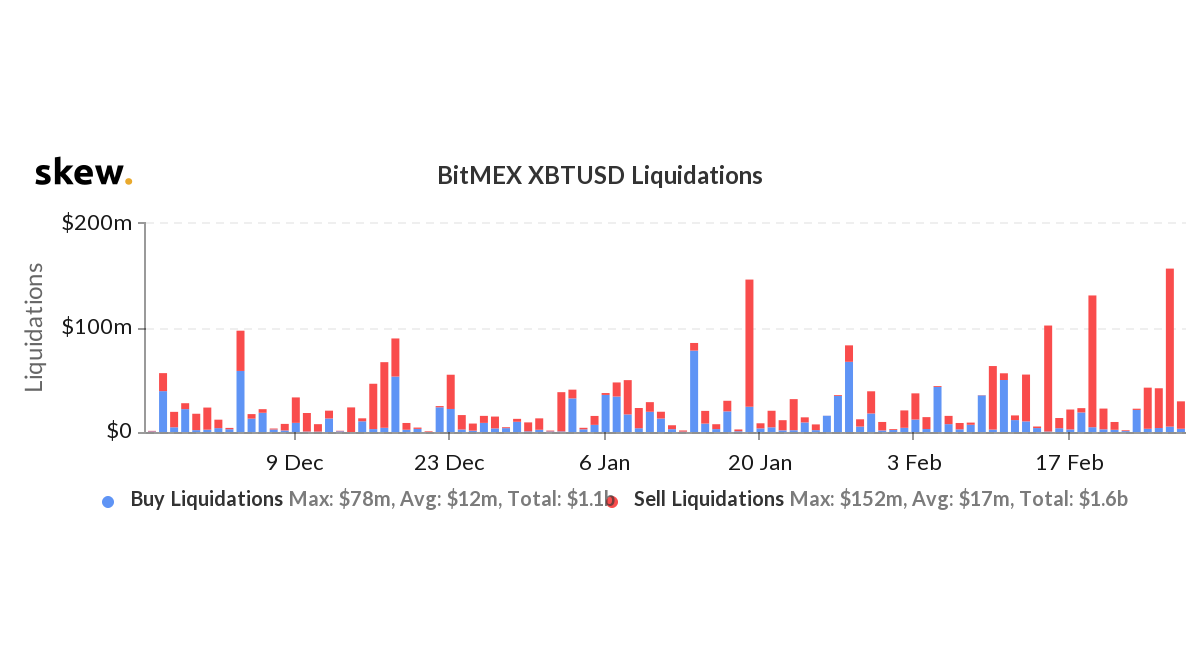 No doubt the closing out of open positions was escalated by the immediate liquidations triggered by the rapid price drop. Over $155 million was liquidated on BitMEX alone, with 95 percent of it accounting for long positions, an estimated $152 million and $5.2 million in short positions.

The liquidations bled into 27 February as well, as over $29 million was “REKT” as the colloquial term goes.

Related Topics:Bitcoin FuturesbitmexHuobiOKEx
Up Next

Bitcoin’s growing adoption could impact how crypto-regulations are drafted