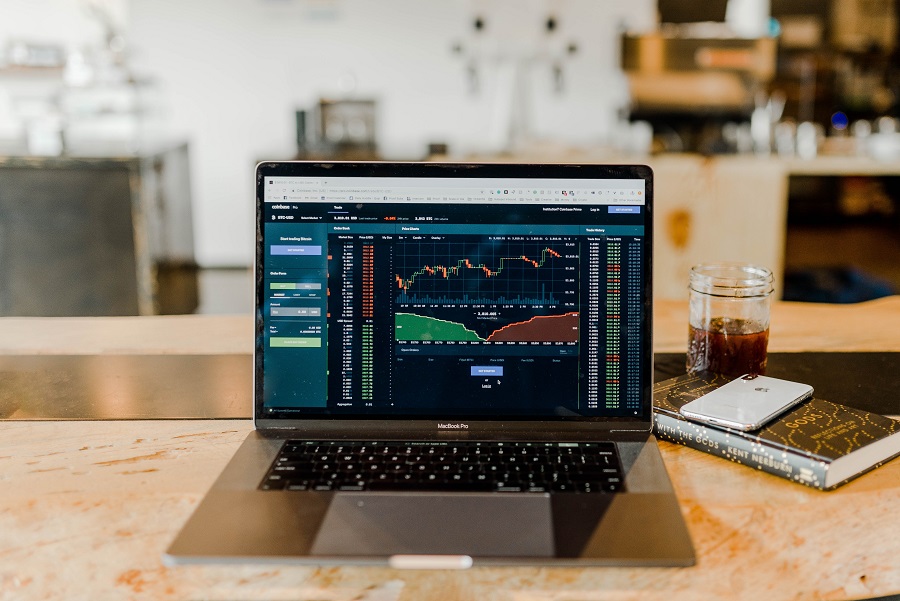 Bitcoin’s mania caused a major influx of retail, especially toward the end of the 2017 bull run. 2017 was a significant year for Bitcoin considering the development and launch of Bitcoin Futures. Both CBOE and CME launched Bitcoin Futures in December 2017; however, CBOE, the first to introduce BTC Futures, announced in March 2019 that it would stop adding Futures contracts. CME’s Bitcoin Futures contracts continued gaining traction.

Mid-2018, Fundstrat’s Thomas Lee had said that CME and CBOE Futures contracts might be triggering sell-offs causing Bitcoin prices to witness a deep decline. His report mentioned a 10% decline in Bitcoin prices was witnessed 10 days before the expiry, followed by recovery, six days after the expiration.

“If a trader is long Bitcoin and short the futures, as contracts move closer to expiry, holders may sell large share of the coins at volume weighted average price (VWAP) to minimize tracking error, but near expiration, may sell the remaining Bitcoin carelessly, causing the price to drop, leaving the short position in the futures to close “with a handsome profit.”

As of 2019, the relationship exists but has evolved into something new. According to AMBCrypto’s research, it was noticed that Bitcoin’s returns reached a peak, 20 days after the CME Futures expired. However 5 and 10 days into the expiry, Bitcoin didn’t yield promising returns.

The research entailed looking at Bitcoin’s return, a day before the CME expiration, on the day of expiration, 5, 10, and 20 days into the expiration, to understand how Bitcoin spot prices behave in response to the expiry. 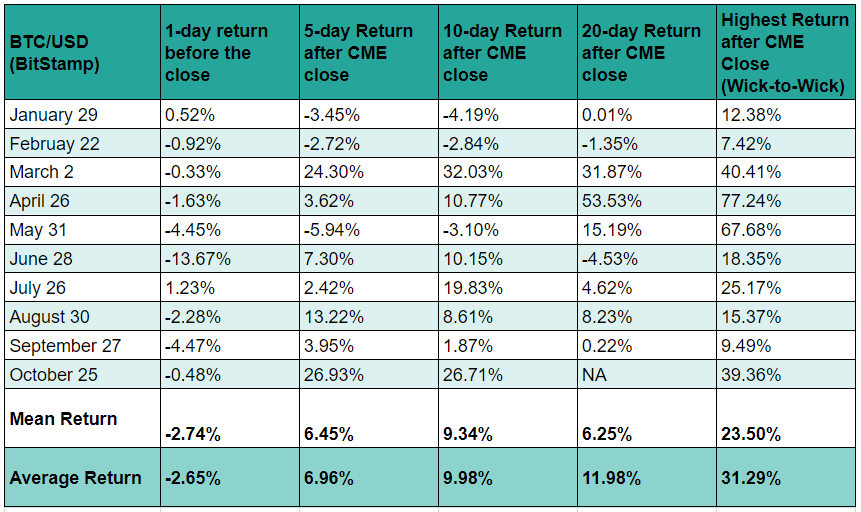 As seen in the above table, the price of Bitcoin undergoes a reduction, followed by a rise. More precisely, the average return of Bitcoin hits the highest [11.98%] on the 20th day after the CME expiration. The total highest return for Bitcoin is observed between successive CME expirations.

As of 2019, the highest return for Bitcoin in April, when the rally first began; BTC rose by a massive 77%. Comparing all of the highest returns after CME Futures contracts expired, an average return of 31% and a mean return of 23.50 % can be witnessed.

eToro’s Market Analyst, Mati Greenspan said that the fall and rise of Bitcoin after the CME Futures’ expiration was nothing but “price discovery”. He added, 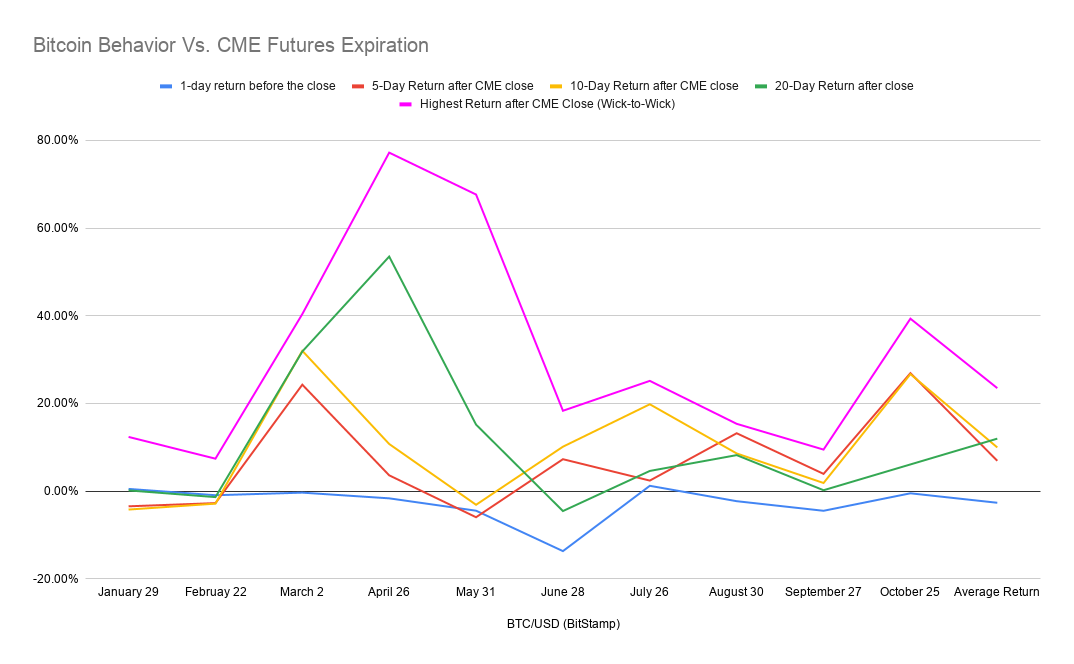 Note: Data for BTC price was obtained from Bitstamp exchange on TradingView

Speaking with AMBCrypto, a trader who goes by the screen name, “Crypto Krillin ॐ” said that he didn’t believe in the narrative of CME’s Futures helping with Bitcoin’s “price discovery” and that this was due to the low volumes of CME Futures. He continued that if it was anything, “price discovery (bid/ask on CME) should be aligned with the larger crypto exchanges”.

Krillin continued to state that these gaps were almost always filled and were caused by big weekend moves, resulting in a lot of untapped liquidity.

“So it makes sense that this liquidity is gonna be tapped at some point… it’s more like big price movement cause a CME gap *AND* cause untapped liquidity then price before gap is retested and liquidity is tapped making it look like the gap *NEEDED* to be filled.”

Is there anything fishy going on with the Bitcoin CME Futures? Or is this a normal movement aka price discovery for Bitcoin’s price?

Do Bitcoin spot prices usually follow and fill the gap caused by CME Futures? Or is it the other way around?

One thing is for sure, there is a pattern that BTC usually tends to follow, which can be exploited.

Bitcoin difficulty declines by 6.6% but hash rate continues its ascent