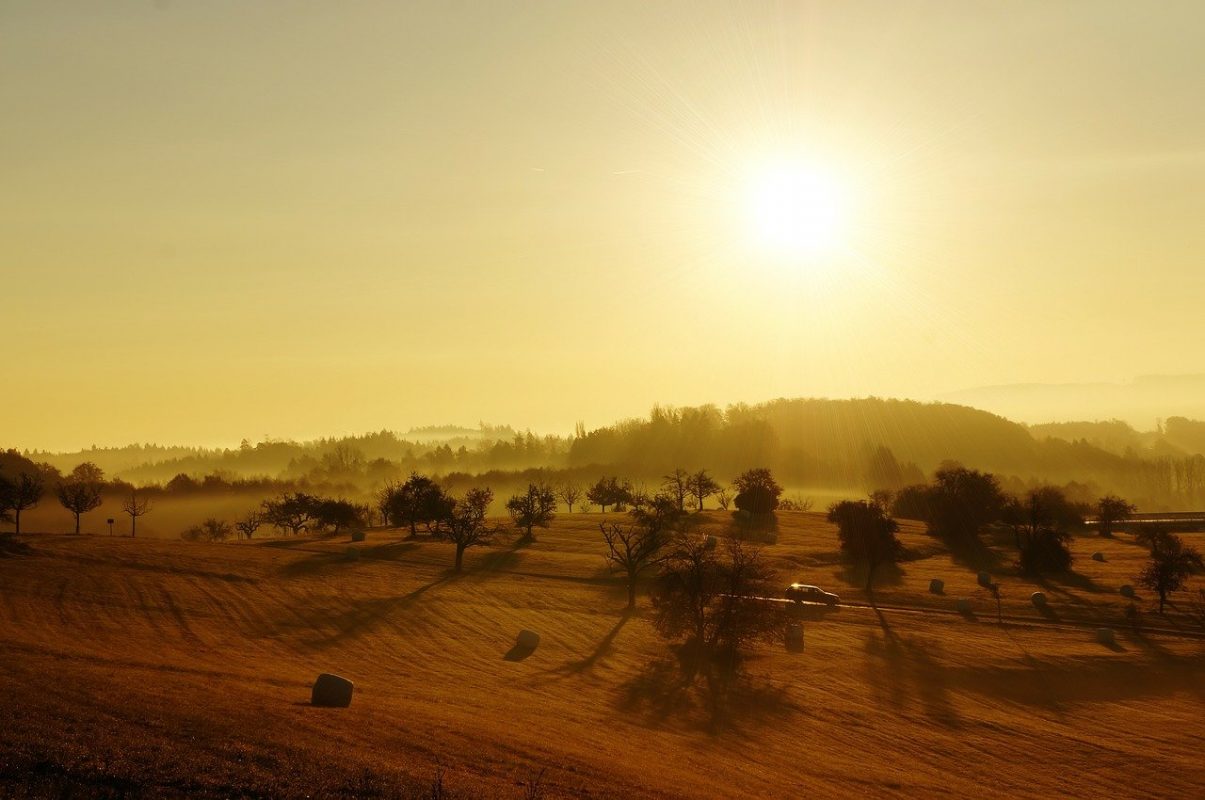 Bitcoin SV was likely to see bearish pressure mount on the asset as it straddled a level of support. EOS was forming a bearish pattern but registered remarkable gains on the back of positive fundamental developments. Ontology was trading just above support, and the trading volumes suggested a potential drop for ONT as well. 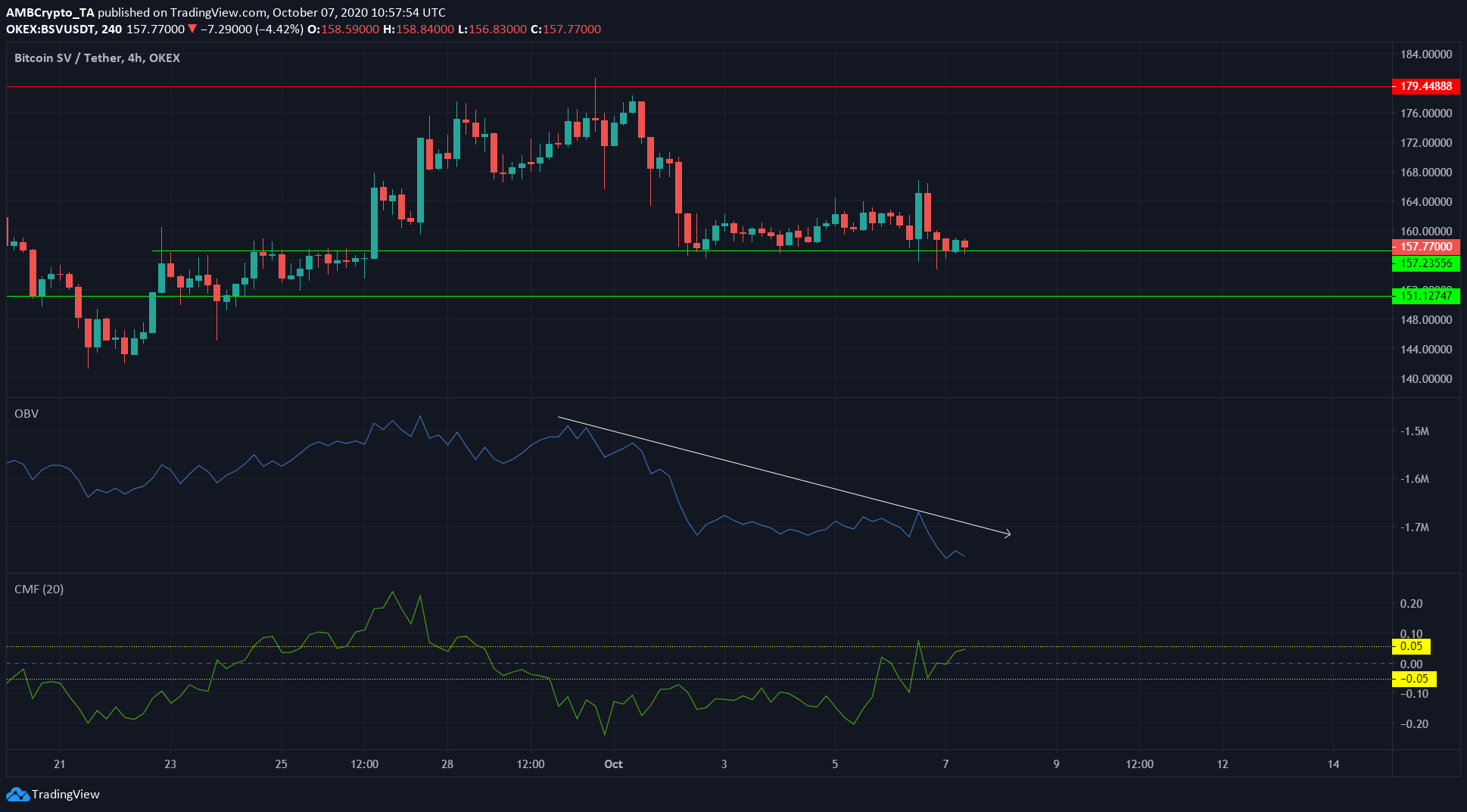 The Chaikin Money Flow showed that bears and bulls were in equilibrium at the time of writing. The discretionary +0.05 and -0.05 are values used by some traders to weed out false/minor signals.

BSV formed a lower high on a bounce off support at $157 and was trading near $157 again at press time.

The OBV painted a bearish picture as the buying volume set a series of lower highs. With many major altcoins seeing losses, it could be that downside was the path of least resistance for BSV. 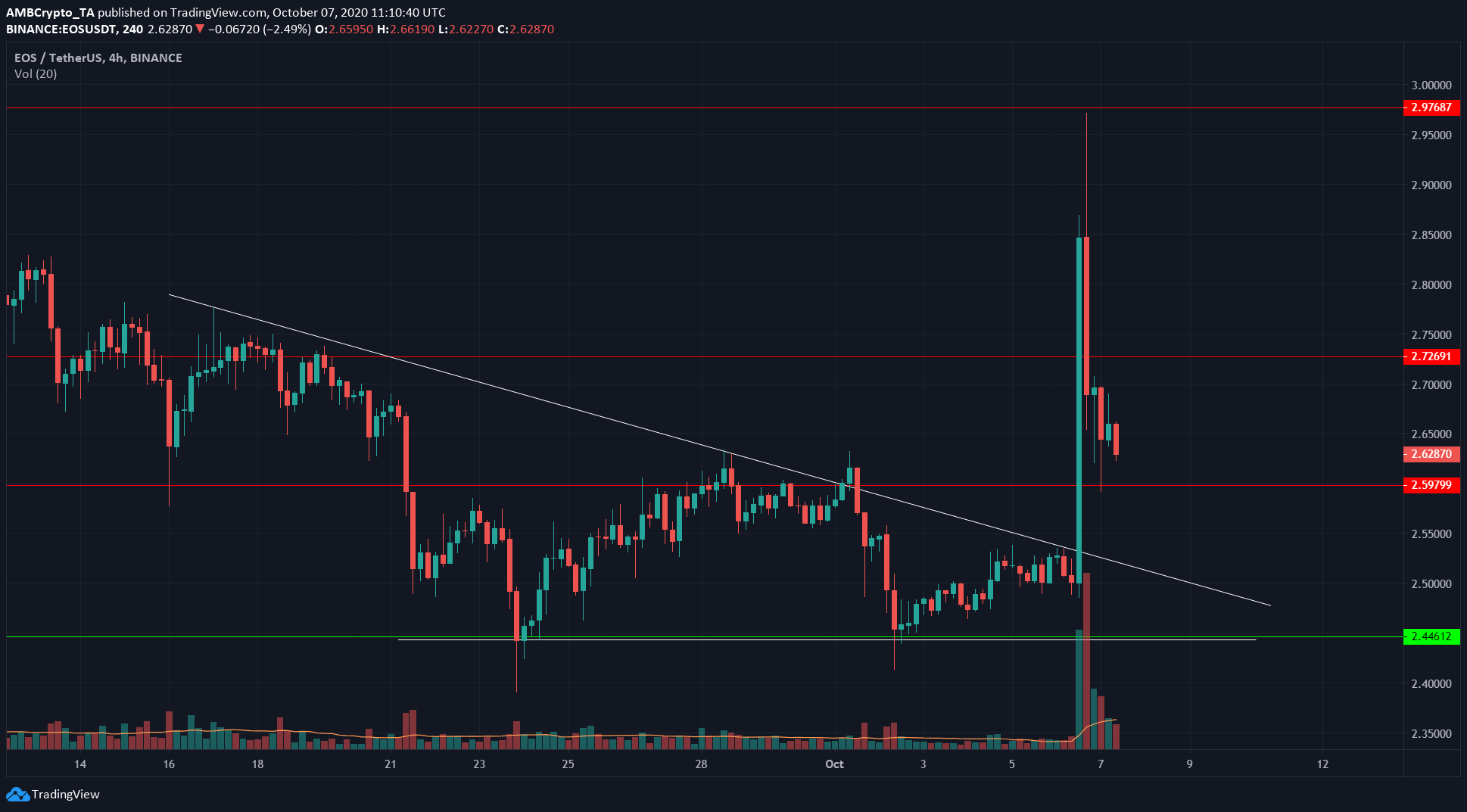 Sometimes technical analysis can get thrown out of the window in the wake of news of fundamental developments.

EOS was forming a descending triangle, a bearish pattern that was likely to take EOS to $2. However, it was announced the previous day that Google Cloud would join the EOS community, and would be taking steps to become an EOS network block producer.

The move was on extraordinary volume as well. However, it remained to be seen if EOS would be able to hold on to the boost, or whether it was just a reactionary move that would vanish as soon as it appeared. 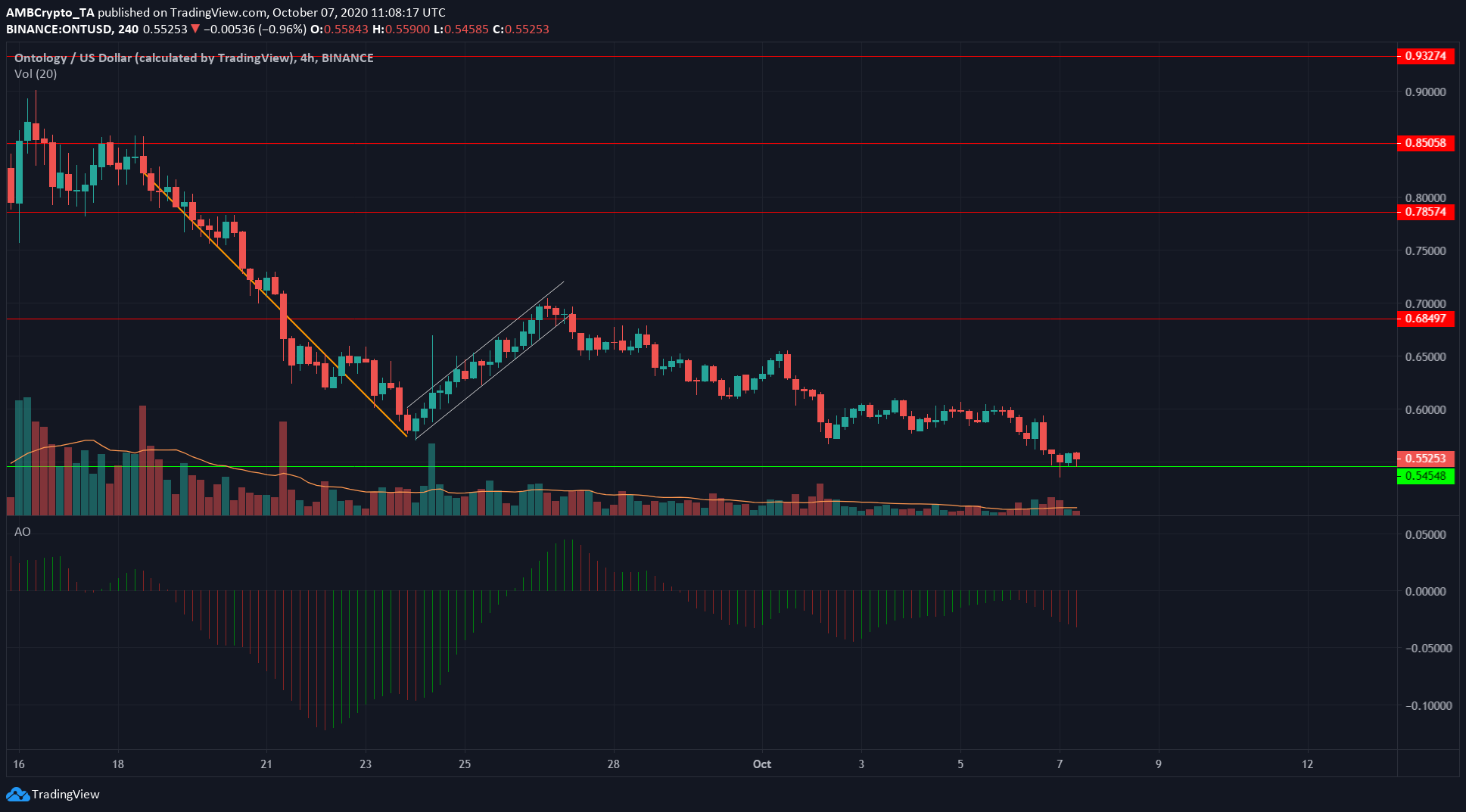 ONT formed a bear flag (orange flagpole), with a projected target of $0.47. However, it was possible that the zone of demand at $0.54 would be able to absorb waves of selling pressure.

At the time of writing, the level was yet unbreached. However, Awesome Oscillator continued to remain in bearish territory, signaling the presence of downward momentum.

Why Bitcoin traders can expect a stronger future