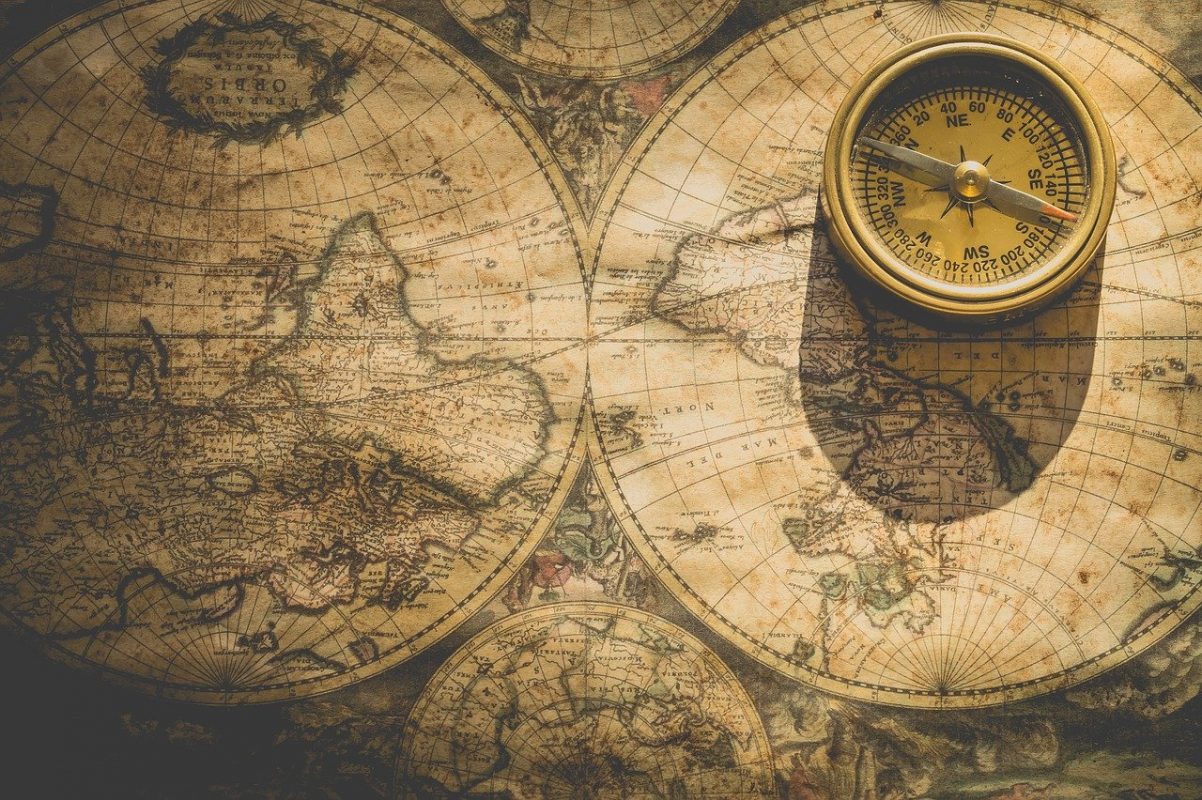 Bitcoin was unable to close above $10,800 in what could be a worrying sign for bulls in the near term. Bitcoin SV  dropped out of the brief ascending channel formed recently and could see further losses. Dogecoin was perched on a level of support that might not hold much longer. Tron slipped beneath and retested a level of support-turned-resistance. 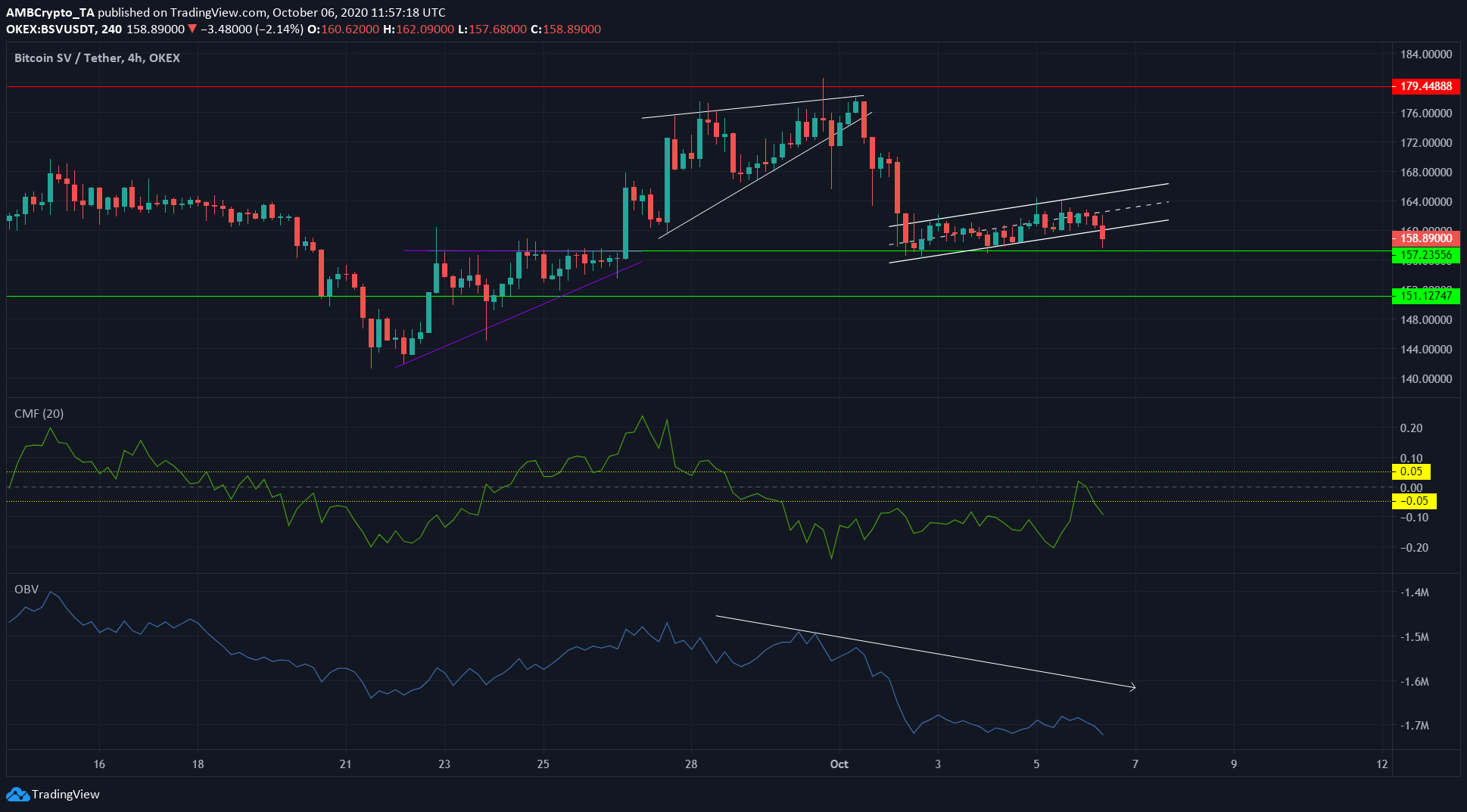 Bitcoin SV closed outside the short-term ascending channel it was trading within. This could be a sign of further losses, although there was still a chance that $157 support would be defended.

The demand for BSV was overwhelmed by selling pressure in the past few days. CMF showed has been flowing out of the markets over the past few days, while OBV also set a trend of increasing selling volume.

The seller pressure was likely to force the price to drop beneath support. 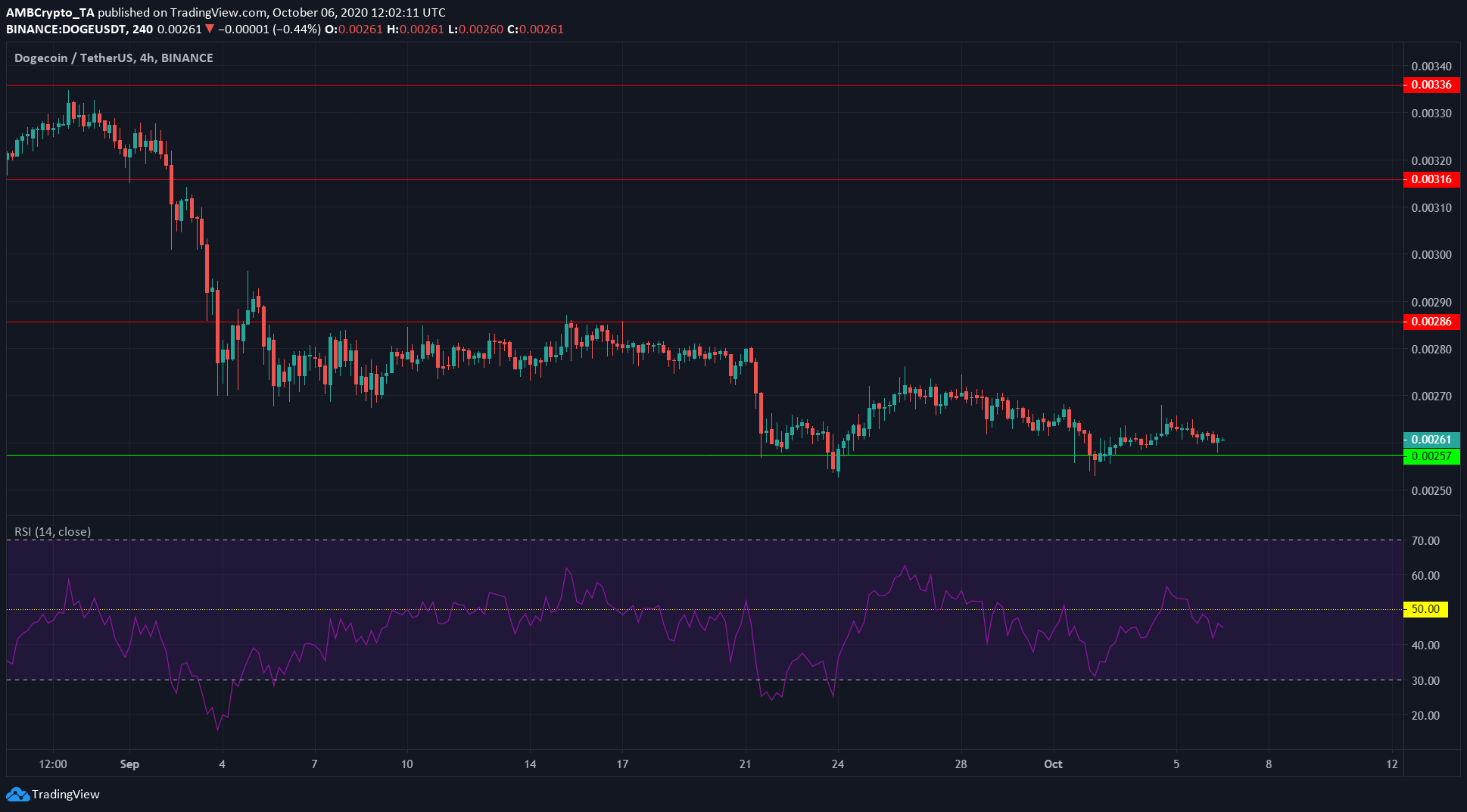 Dogecoin formed a series of lower highs after rejection at resistance at $0.00285.

Dogecoin has also been in a downtrend for nearly two months. Both the short and long-term trends were bearish and, having formed a series of lower highs on a bounce off support, the most likely path for DOGE was beneath support.

RSI also showed the prevalent downtrend. It stayed beneath 50 for the most part, with a brief spike above. Even when it reached oversold conditions, the price simply did not appreciate notably before beginning to slide once more. 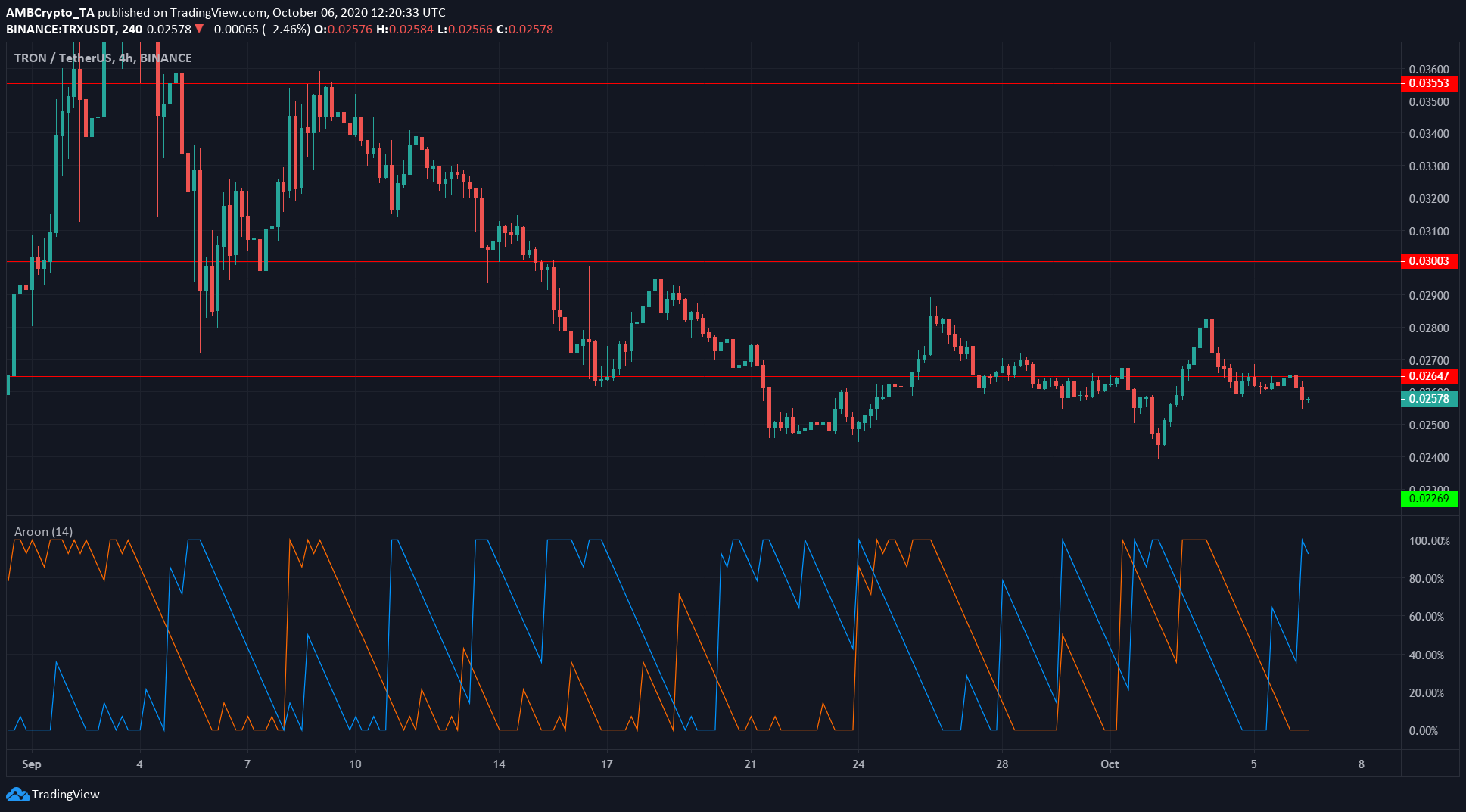 The Aroon Indicator showed that TRX was in a downtrend since early September. Aroon Down (blue) have crossed and stayed above Aroon Up (orange) for significant periods of time in the past month.

At the time of writing too, the price set new lows compared to the past 14 trading sessions after a retest of support-turned-resistance level, $0.026.

Looking for a first-mover advantage in Defi? Everything you need to know