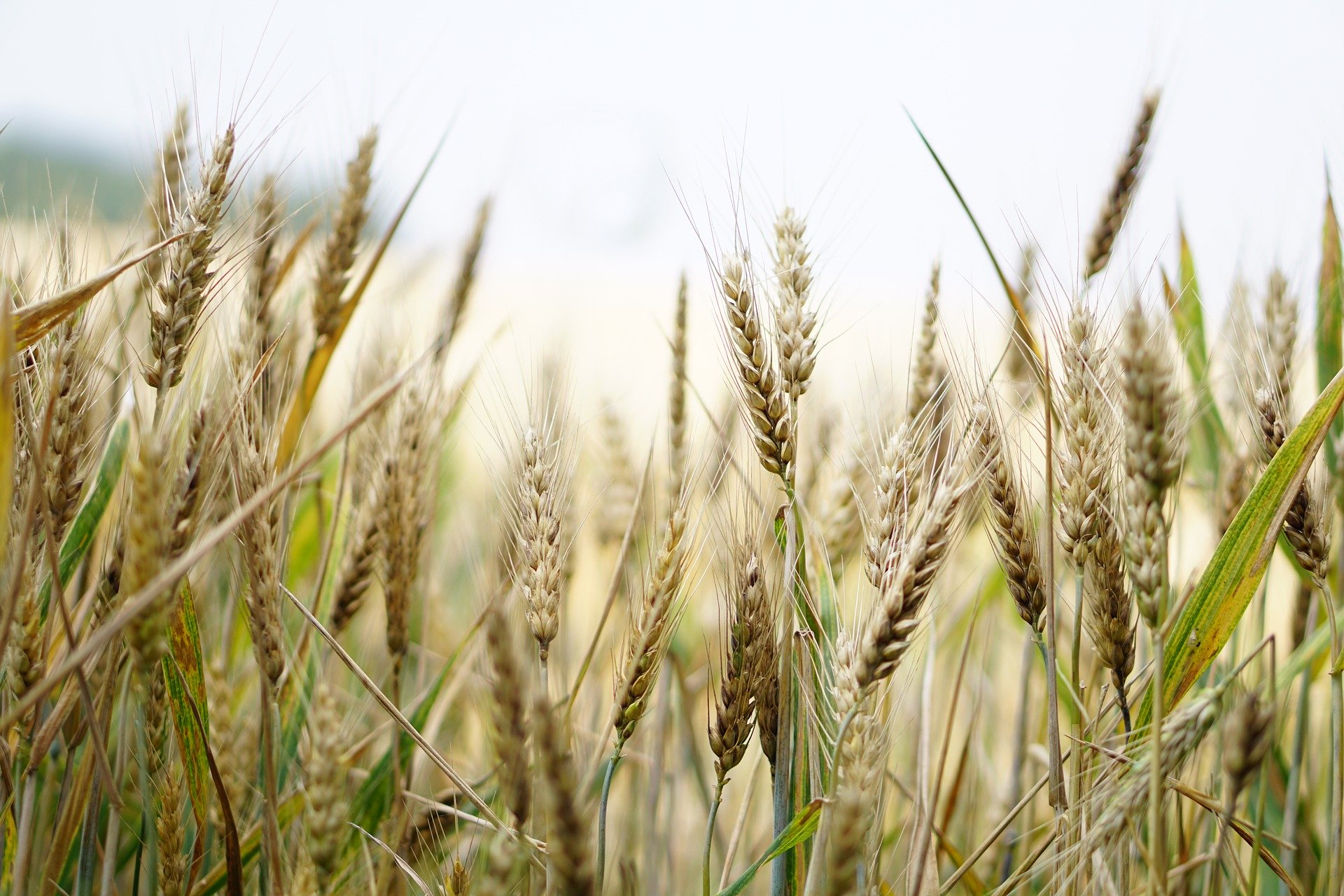 After lacking any substantial activity towards the end of March, Bitcoin’s derivatives market registered a certain buzz around itself in the month of April.

At the time of writing, Bitcoin‘s price was up by almost 90 percent from its yearly low following the crash on 13 March, with the world’s largest digital asset able to consolidate higher in the range without frequent bouts of volatility.

Further, over the past few weeks, Bitcoin Options volume has significantly increased with a drop in Implied Volatility, but according to Tony Stewart of Deribit, we could be witnessing a different trend going forward.

According to information released by Deribit Insights, over the past seven days, Deribit’s Bitcoin spot and options volume has been on a decline. 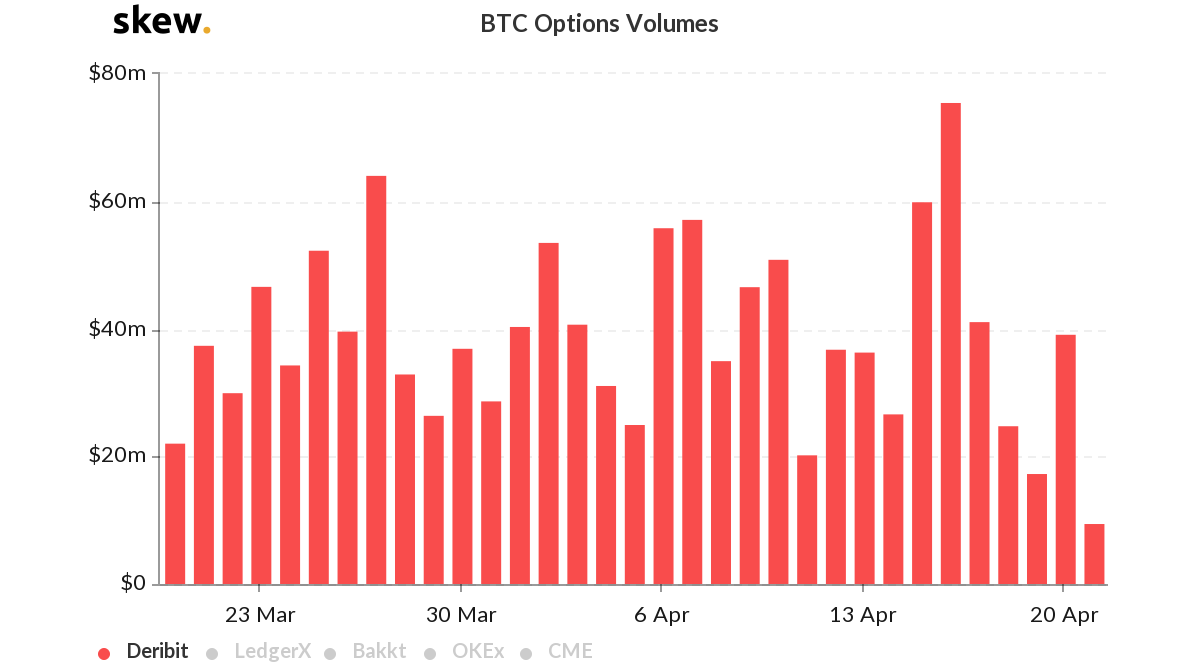 According to Skew, the Bitcoin Options volume chart also suggested the same as after a high of $76 million on 16 April, it slumped down to $17 million on 19 April. However, according to Stewart, this drop in volume is not ‘uneventful.’ He went on to add that rolling volatility over the past 10 days has been on a decline and supply in the near-month contracts was dominating.

This means that users were trading more in longer-term options as it was observed that a majority of sellers were for June 7k calls. This raised a concern regarding Bitcoin’s long-term implied volatility levels. The tweet stated,

“With Implied Volatility holding firm for some time, last week’s large seller of Jun 7k calls filled some gaps and looked like an opportunity with 2day IV in 10%, but large trades tend to dominate. Since then Jun IV off another 5%, sellers of Sep+Dec increased pressure.”

Additionally, the tweets said that the shift in buyers for June 7K puts had now changed to sellers trading progressively, but with lower volumes. 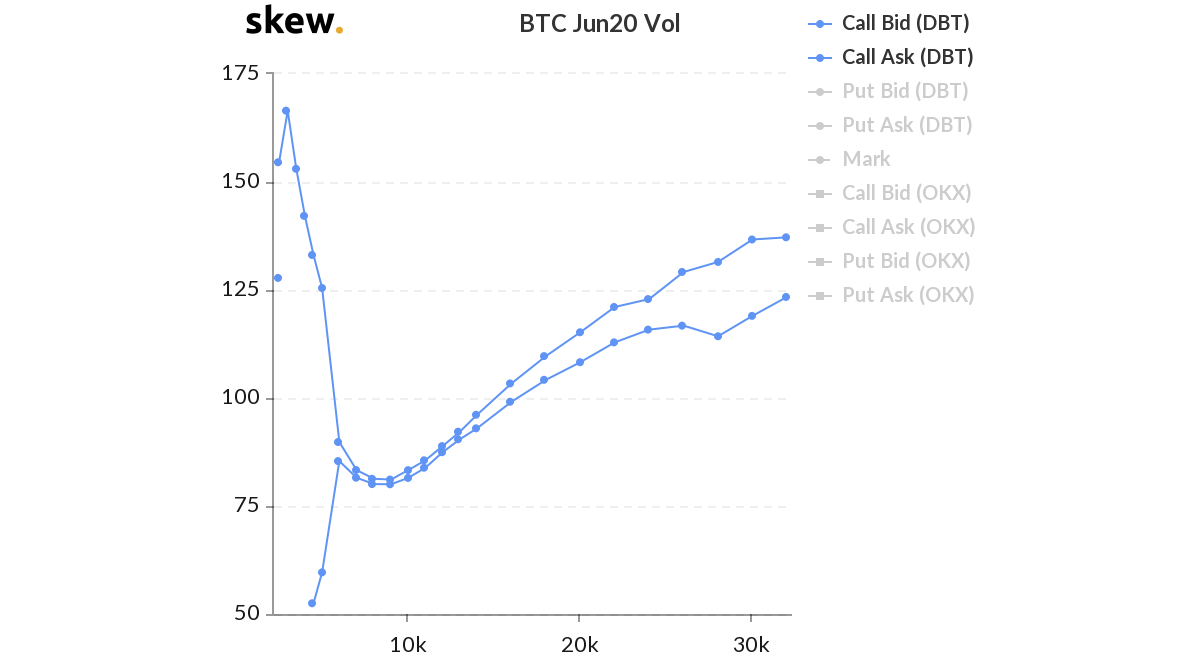 In fact, the attached chart does suggest that Call Ask had a higher representation, implying the grip of sellers in the coming months.

However, a lower volume accumulation was also witnessed for May 29 at upside calls around $10,000. This implied that a group of traders was hoping for a price surge right after the halving, and these were quickly becoming more favored options.

How will such trading differences impact the Implied Volatility?

Right now, the implied volatility is declining and attaining a rather stable state, as reported previously, but since a majority of the contracts are currently trading at future months, the implied vol could evidently spike during that time. At the time of writing, realized volatility continued to hold a monopoly over IV, but it could change over the next couple of months.

To FATF or not to FATF: What’s next for India’s crypto-scene?