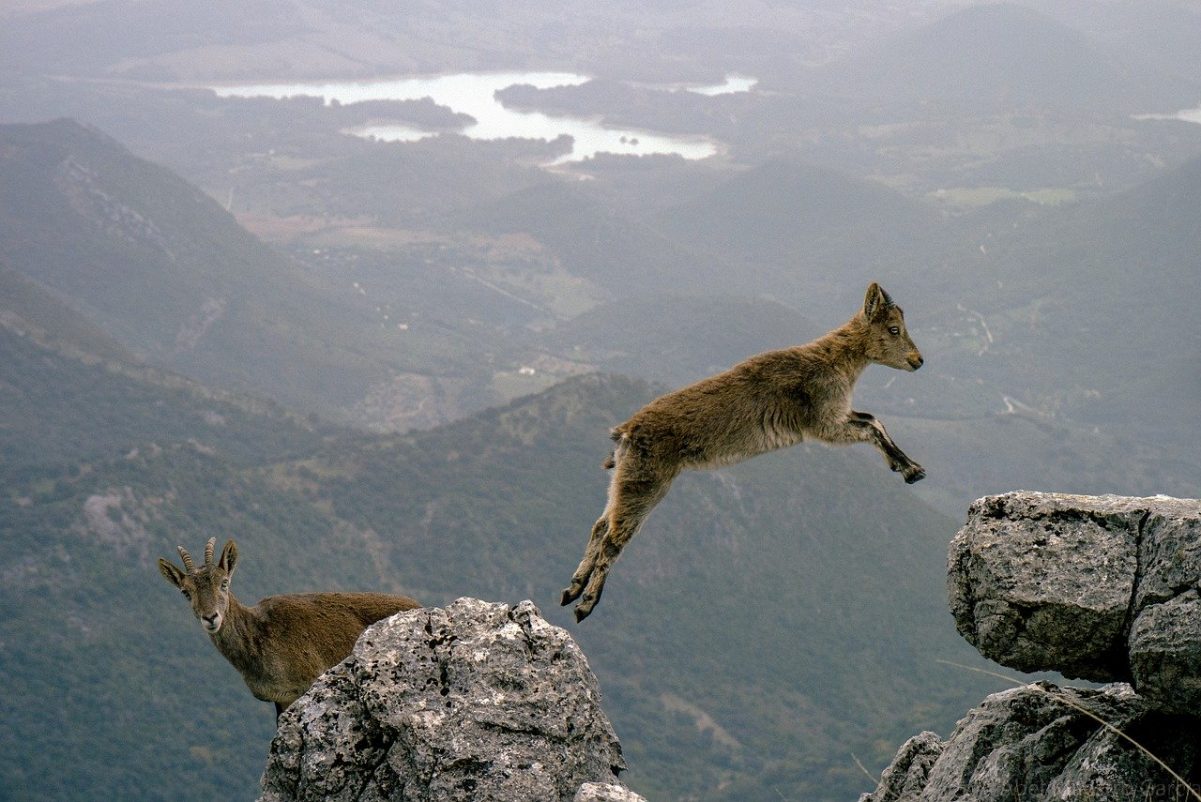 Bitcoin was trading beneath its $10,400 resistance level, at press time. If it manages to reclaim the level as support, it could surge north to $11,200, dragging with it the rest of the market. Further, while Ontology’s demand surged on the back of earning WING tokens, Dogecoin showed signs of bearishness and looked to be headed towards another drop in value. 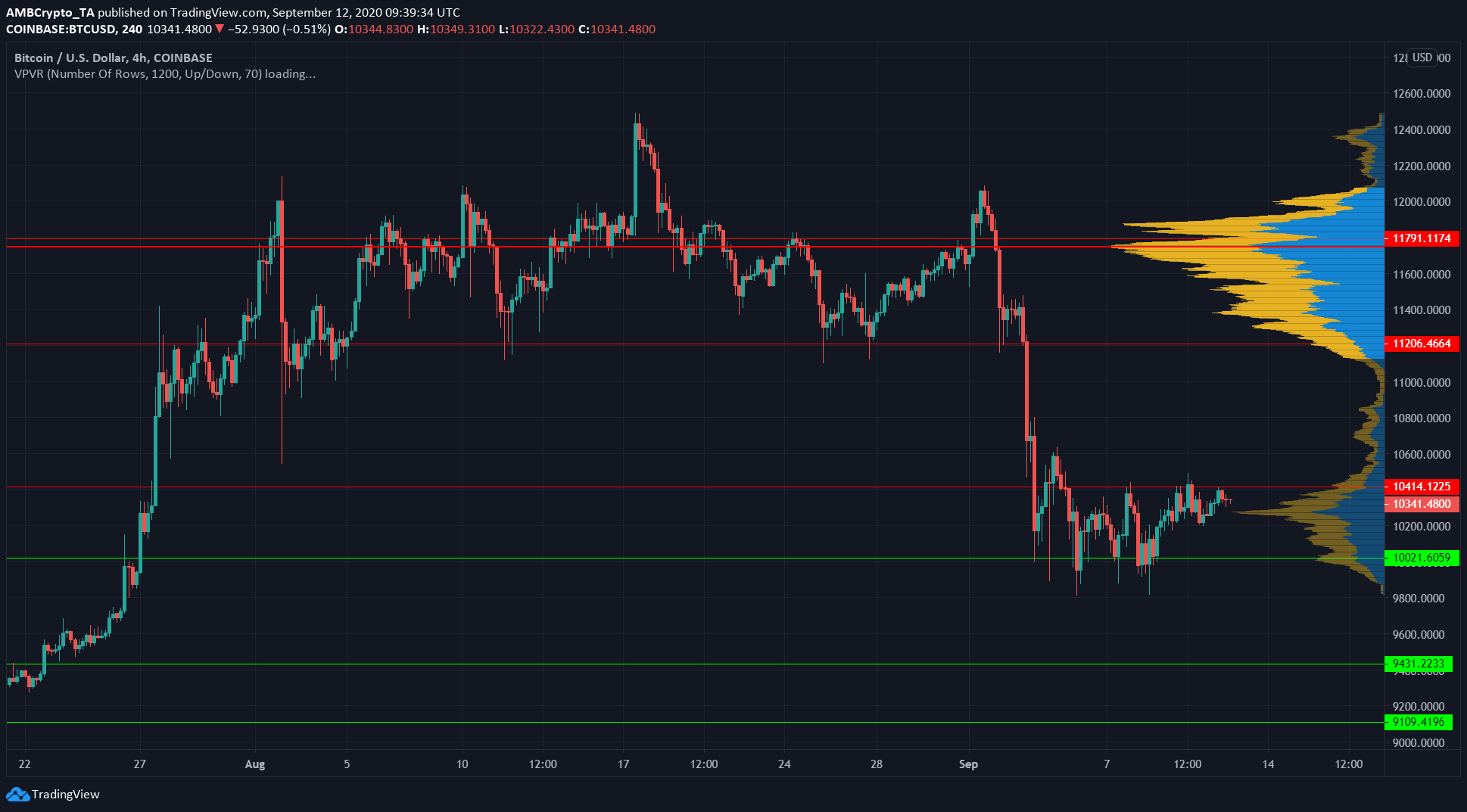 Bitcoin was trading at $10,341, at press time, and just under the resistance level at $10,400. The Volume Profile Visible Range showed that if BTC reclaimed level $10,400, it could quickly slingshot upwards to $11,200 as there was not much trading activity in this zone recently.

If successive trading sessions close above $10,400 for BTC, it could lead to buyers stepping in after a close above its resistance level. 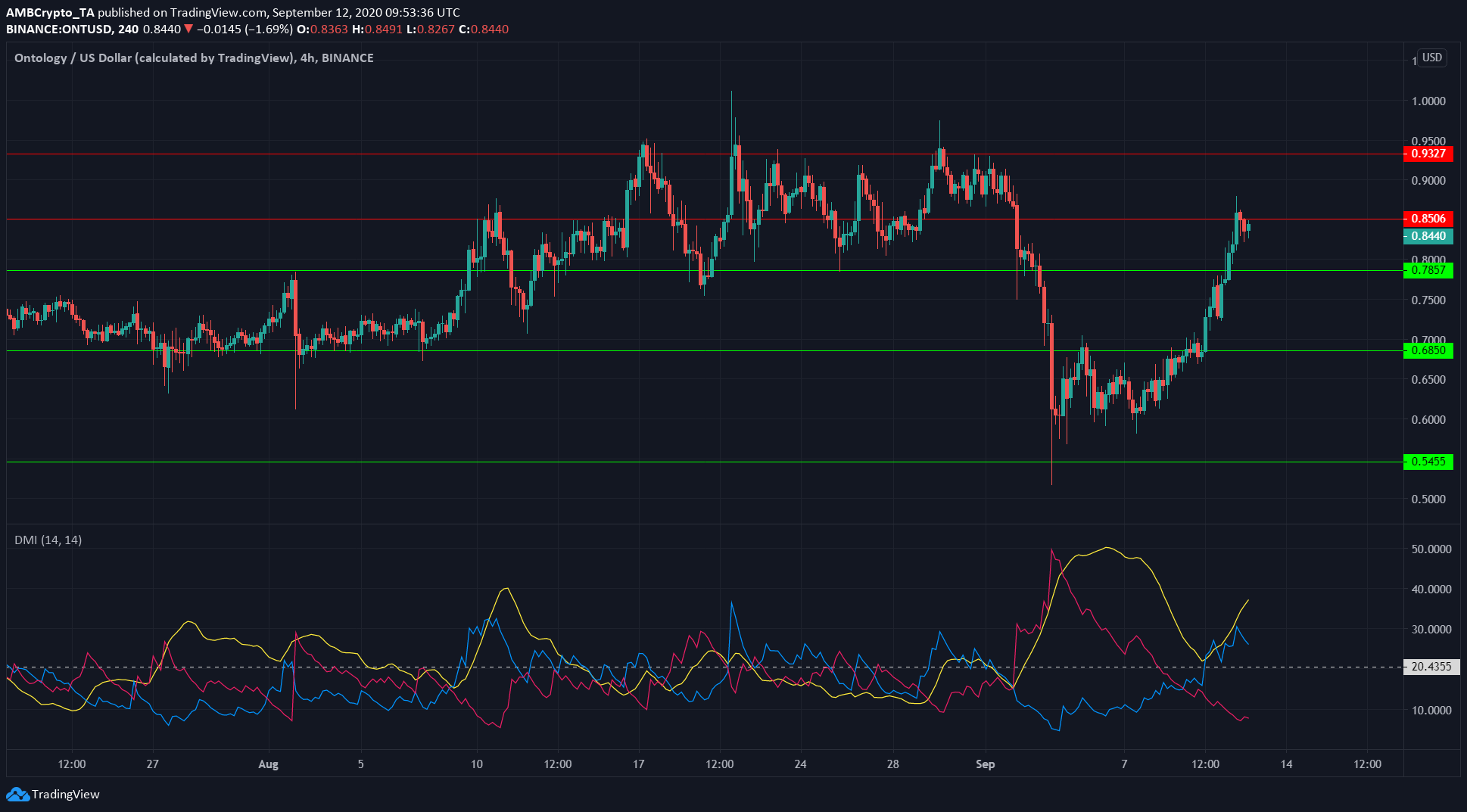 Ontology was making strong gains as it sailed past its resistance zones. At the time of writing, it was trading at $0.84, having met some resistance around the $0.85-zone.

Further, the DMI showed that a strong uptrend was in progress. The ADX (yellow) was well above 20, while the +DMI (blue) was also above -DMI (pink).

The developers of Ontology have always touted Ontology as a high throughput blockchain. Last week, Wing, a DeFi platform based on Ontology, released its whitepaper. For the same, tokens worth $67.99 million had been deposited in the Wing Flashpool, at press time, to earn WING tokens. 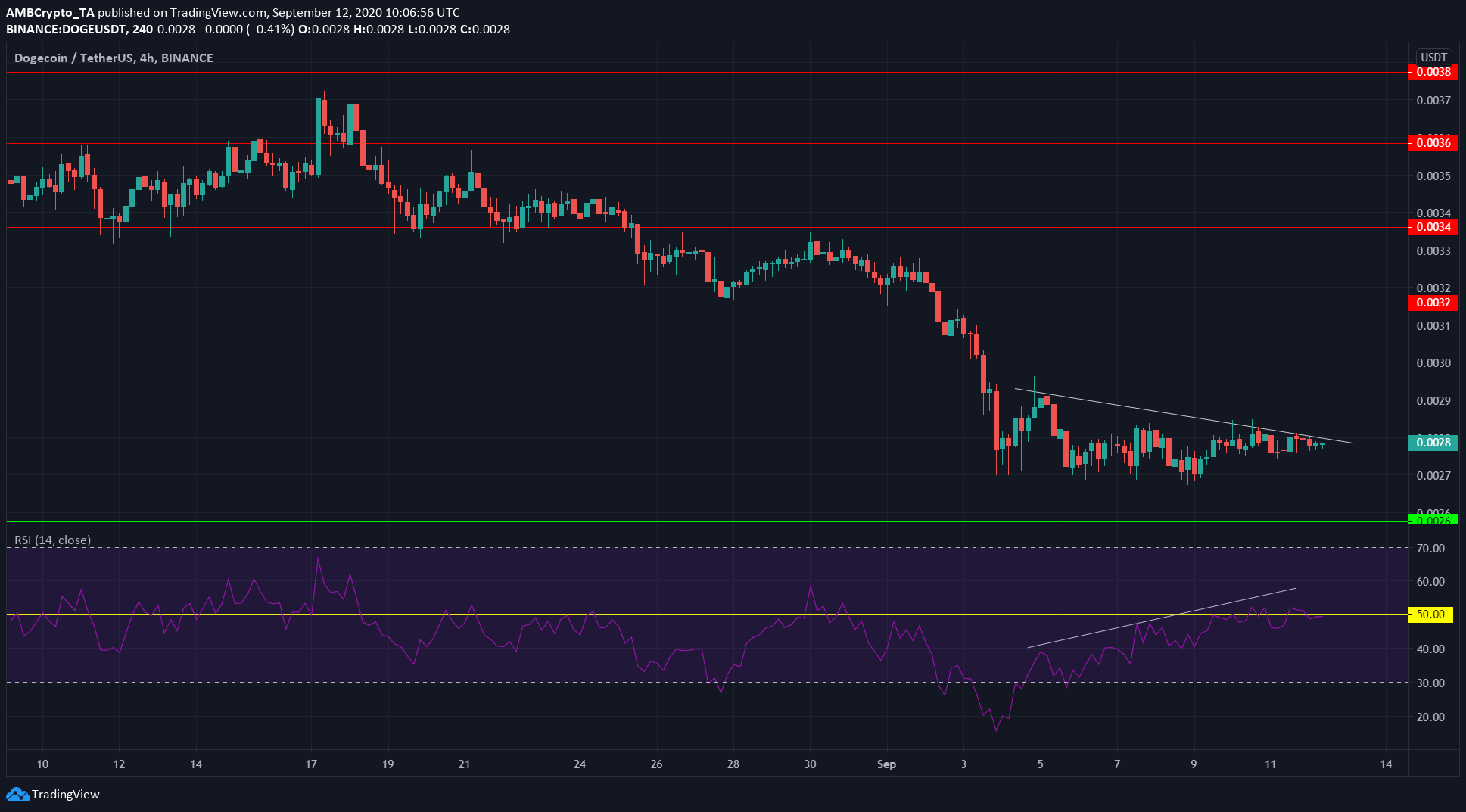 DOGE showed hidden bearish divergence as its price made lower highs, while the RSI (momentum indicator) registered higher highs on the charts. This was highlighted by the white trendline as well, with the RSI showing a neutral value of 50.

Such bearish divergence could prompt DOGE to drop further on the charts to find support around the $0.0026 level.

Huobi’s Bitcoin Options offerings leave a mark….. on the CME

Chainlink may be a hedge, but is it a long-term investment?