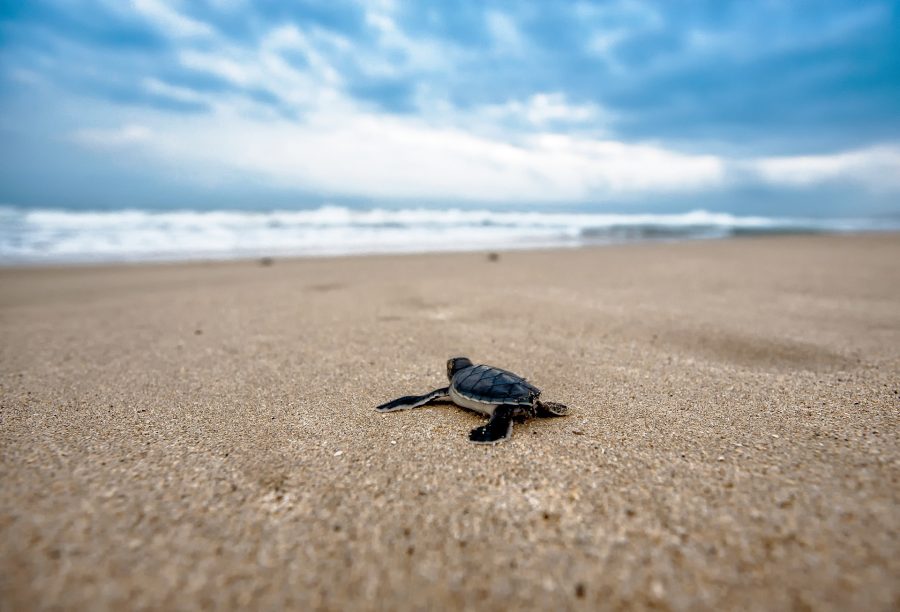 Bitcoin bulls, time to look away from the charts because it isn’t pretty anymore.

The world’s largest cryptocurrency was priced at under $7870 at press time, after attempting to breach the $8000 mark on 10 March. A dip under $9000 on 6 March had already riled a sense of panic in the market and the current situation has made matters a little worse than expected.

With the Bitcoin halving only 8 weeks away, the community is seriously weighing in on the effects of Coronavirus, particularly on Bitcoin miners.

According to a recent analysis put forward by Messari’s Ryan Selkis, the incoming third halving could see miners not only face marginal pressure from the reduced supply, but pressure from the COVID-19-induced liquidity strain as well. Considering the above situation, the consequences could be enormous for the mining community. 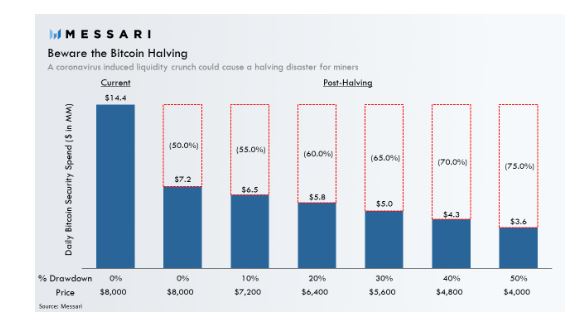 The attached chart speculated about the various scenarios in terms of Bitcoin’s price pullback after the halving, with the report suggesting that the above possibility is more concerning because of the increasing hash rate. Increasing hash rate directly indicates that more miners are competing to mine Bitcoin blocks before the halving. The report said,

“An increasing amount of miners could be competing for a substantially smaller pool of industry-wide revenue.”

During a halving event, usually, only the strong and most profitable miners survive because of extensive resources. Other miners that remain over-leveraged take the brunt of the cost as their competitiveness does not hold enough strength against big players.

However, in the past, it hasn’t been a major issue. According to the chart above, it can be observed that post-halving, Bitcoin has always managed to surge in the long-term after recording a minor slip in the immediate term. While the price movement after the 1st and 2nd Bitcoin halving verified the above statement, the global financial market presently going for a toss owing to Coronavirus lends some uncertainty to what might happen.

If miners are unable to comply with the liquidity crunch due to COVID-19, it is possible miners might start pulling out and the hash rate would drop.

Although the hash rate does not dictate the price, a hash rate crash may terminate the king coin’s bullish narrative that has been built up since the start of the year.

Collectively, the entire financial market is at a critical stage at the moment, but perhaps, Bitcoin miners would have liked if the inevitable Bitcoin halving was push backed a little longer.