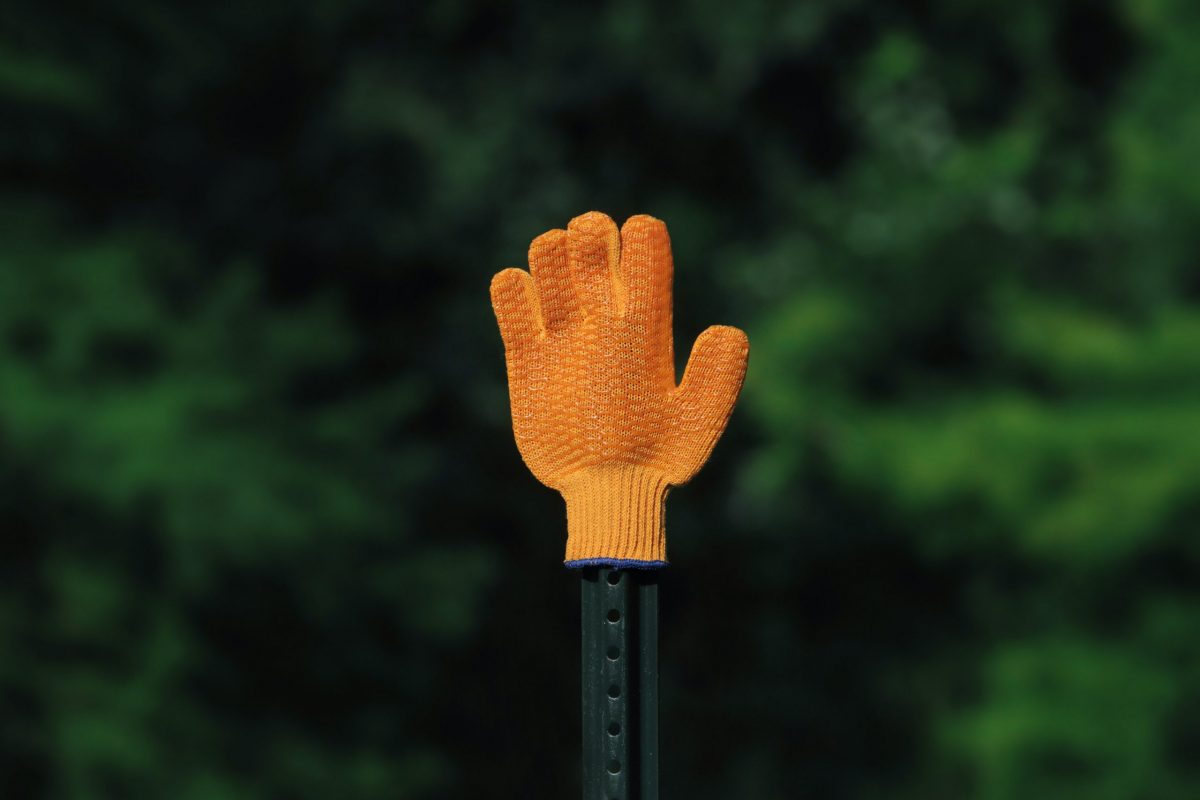 Nowadays every Bitcoin price drop is a reminder of ‘Black Thursday.’ On March 12, the price of the largest cryptocurrency in the market dropped by over 50 percent to a 12-month low and marked the biggest single-day drop over seven years.

Despite the severity and the swiftness of the drop, it was not remembered as just another price drop. Since the price drop was concentrated in hourly and not daily windows, many traders hopeful of taking advantage of the volatility rushed to derivatives exchanges which sported high leveraged trading.

Owing to the rush of volume and volatility some exchanges could not handle the volume. One, in particular, was signaled out for allegedly stopping trades during the price fall. BitMEX, the Seychelles based derivatives exchange, was called out for using a “circuit breaker,” with the exchange later clarifying that the stoppage was due to a DDOS attack. Many on crypto Twitter had debated whether the price could have dropped to 0$, had it not been for BitMEX’s sudden trade halt.

Needless to say, Bitcoin’s price plummet on 12 March, a fall that took the world’s largest cryptocurrency by market cap all the way as low as $3,800, was bad.

BitMEX took on more than it could handle after Bitcoin lost 50 percent of its value, going down to as low as $3800 per coin. In the first hour of the plummet, in which Bitcoin’s value dropped by 17 percent, over half a billion dollars worth of positions were “REKT,” most of them, unsurprisingly, were long. According to data from skew markets, over the entire course of 12 March, BitMEX saw $863 million in sell or long positions getting liquidated.

Data from the liquidations tracker datamish stated that 10,257.8 BTC in long positions were liquidated on 12 March. As traders scurried to change positions and close further longs, the price collapsed from $5,500 to as low as $3,800 on some exchanges, with a relatively smaller number of longs liquidated at 653.3 BTC during the early hours of 13 March. 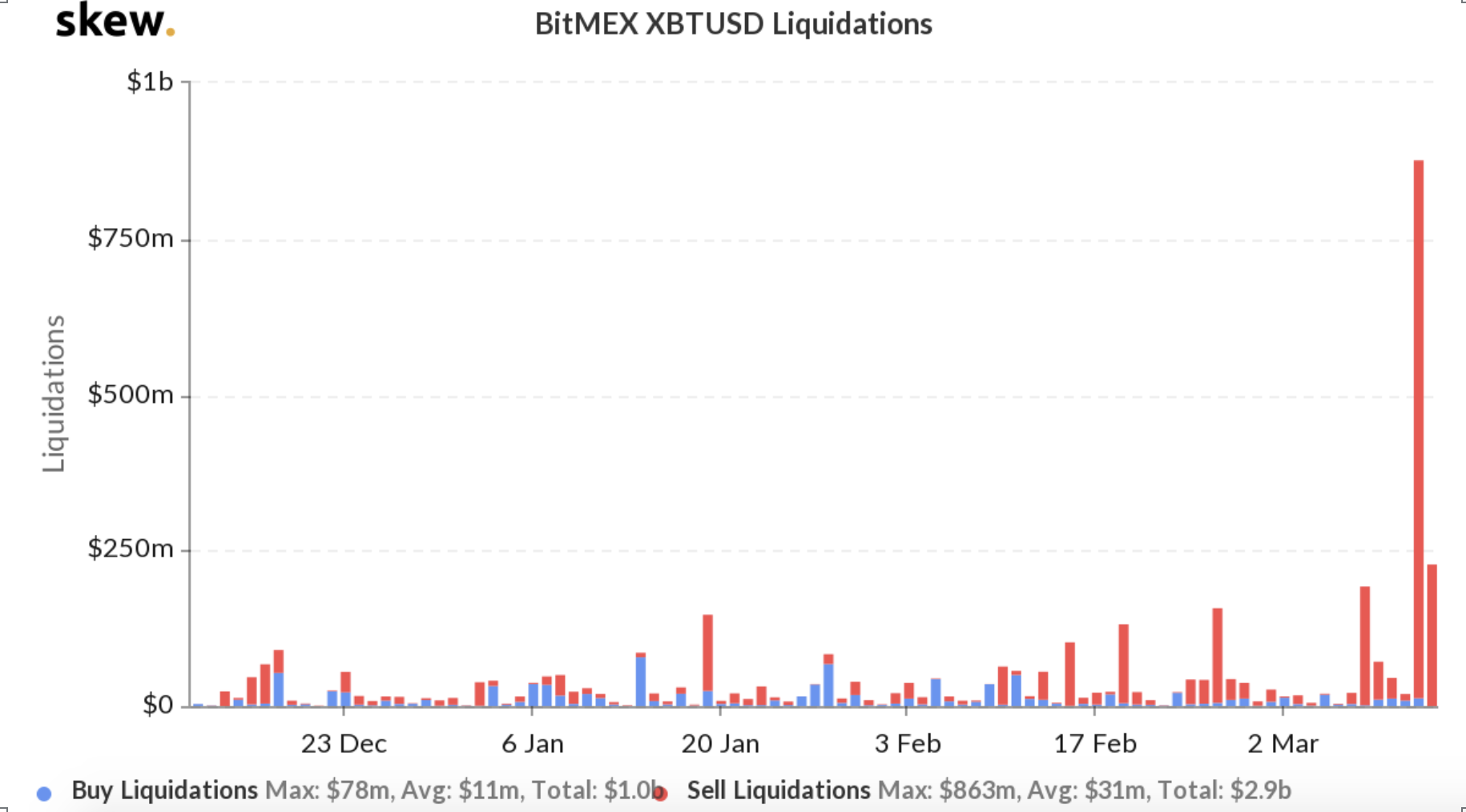 The immense trading volume and liquidations saw BitMEX’s insurance fund plummet to as low as 57.39 BTC. Active traders suggested that trading on the exchange had been halted.

Looking back at the events of ‘Black Thursday’ and the alleged use of the circuit breaker [despite the ethics of using it] other exchanges now know the effect of willfully halting trading, but would they choose to? Or is there a way to handle a single exchange employing such a tactic?

Jay Hao, the CEO of OKEx, speaking to AMBCrypto stated that an “incremental approach,” rather than a point-blank halt is better. Such an approach would set up a “robust liquidation engine,” and including position limits on new customers. However, if such a situation does arise when the price is dropping thick and fast, and one exchange pulls the plug, the gap will be filled by other exchanges, said Hao,

“We have to take into consideration that the crypto market is universally linked and its liquidity is shared. So if one major exchange has a circuit breaker while the others keep on trading, the sell-off pressure would simply transfer to other exchanges”

Following the Black Thursday sell-off and the allegations against BitMEX, there was a visible exodus of customers. Prior to the crash, BitMEX regularly had the highest BTC Futures volume, but now it stands fourth behind Huobi, Binance and OKEx.

Aaron Gong, VP of Binance Futures suggested that the use of a circuit breaker in the cryptocurrency market would be taking from the playbook of traditional finance. In March as the first wave of Covid-19 cases began rising, stock markets saw a massive freefall with regulators in the United States and India using circuit breakers to stop the market.

Going forward, despite exchanges knowing that a circuit breaker can be used, it is unlikely to be. To put it simply, the short-term gains of using a circuit breaker is not worth the long-term cost of losing customer confidence and market share to hungry competitors.