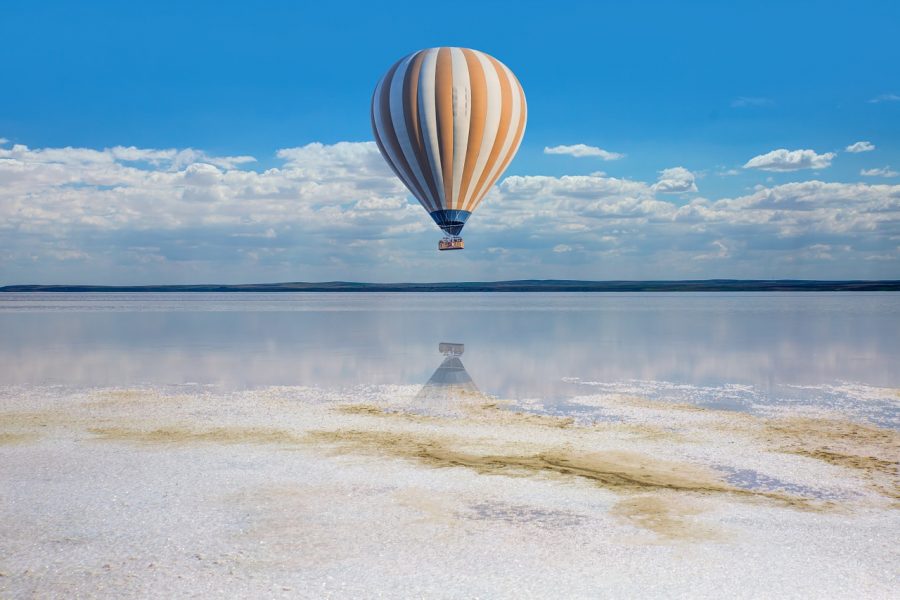 Bitcoin, over the past 24-hours, has breached major support levels, with the price of the world’s largest cryptocurrency falling down to the $3.8k mark on a few exchanges. At press time, Bitcoin was valued at $5,180.26. The cryptocurrency’s price will be a relief for users who witnessed the coin falling to $3,850 just hours ago. Thus, the sudden fall of the digital gold set-off massive liquidations on BitMEX. According to data provided by Skew, the highest liquidation within an hour was 10,257.8 BTC in long positions on 12 March. 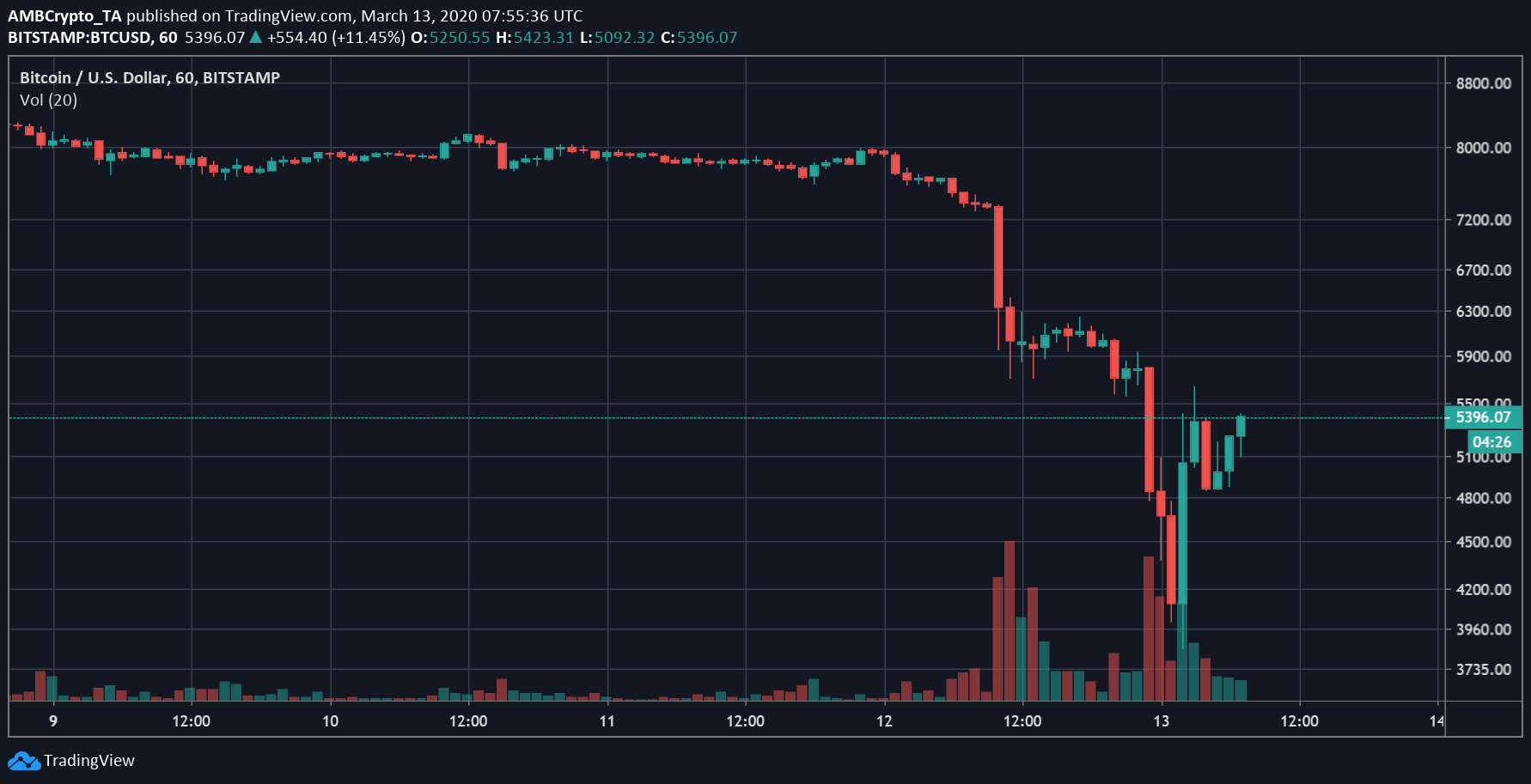 As the spot market started to collapse, the Futures market also saw heightened activities from traders. The volume began to climb on 12 March and ultimately reached an all-time high mark for aggregated daily volumes. This all-time high was marked at $37.24 billion. 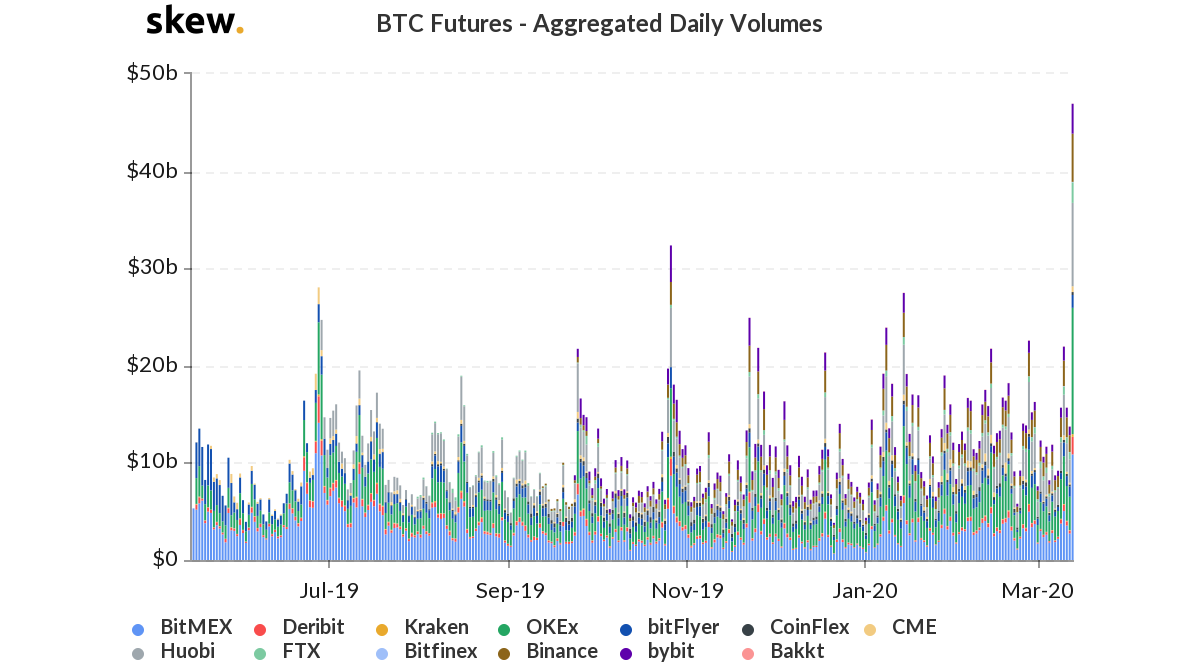 Out of the 13 BTC Futures exchanges listed on data provider Skew, eight exchanges were reported to have a trading volume of over a billion. Among these eight exchanges, OKEx reported the highest volume of $13 billion and was closely followed by BitMEX with $11 billion in terms of volume. The two exchanges have always been prominent and lucrative in the derivatives trading market. 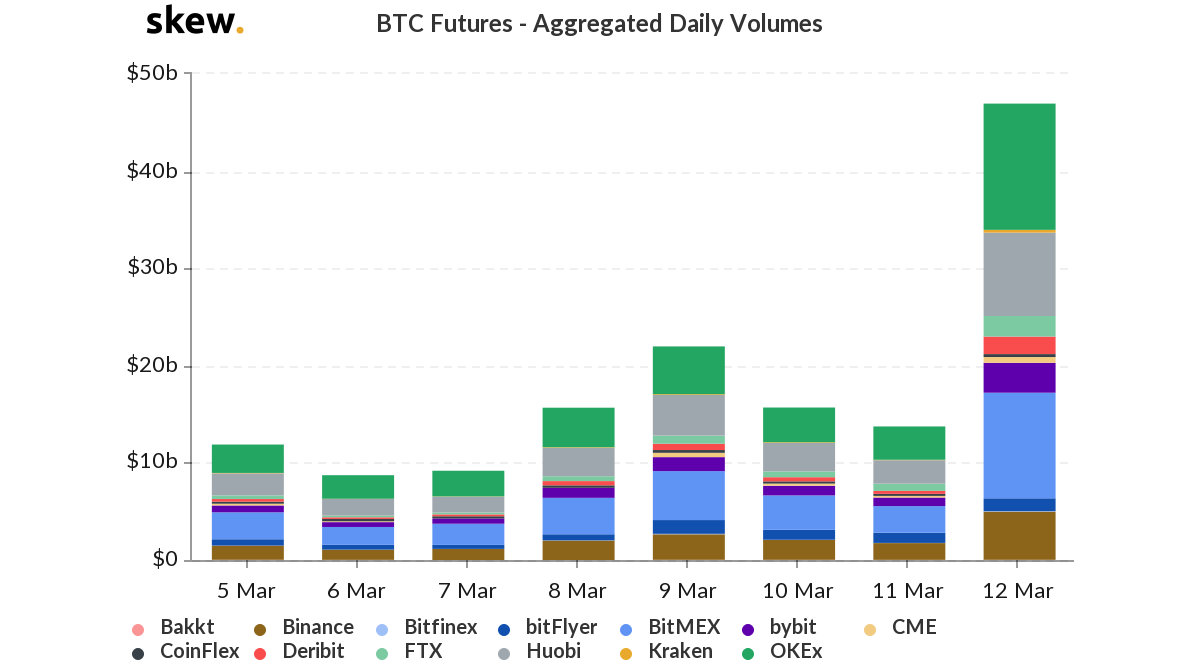 Other exchanges like Binance, BitFlyer, Bybity, Deribit, FTX, and Huobi were among the exchanges reporting a higher trading volume. On the other hand, other derivatives platforms’ trading volume, like those of Bitfinex, Bakkt, and CME, was constricted to within millions.

Additionally, as the price drop escalated, the difference between the spot price on BitMEX and Coinbase increased. This difference was highlighted in a chart provided by Skew and it marked the difference as being worth -22.94% basis. This meant that at the given time, the price on the two exchanges showed a vast difference. 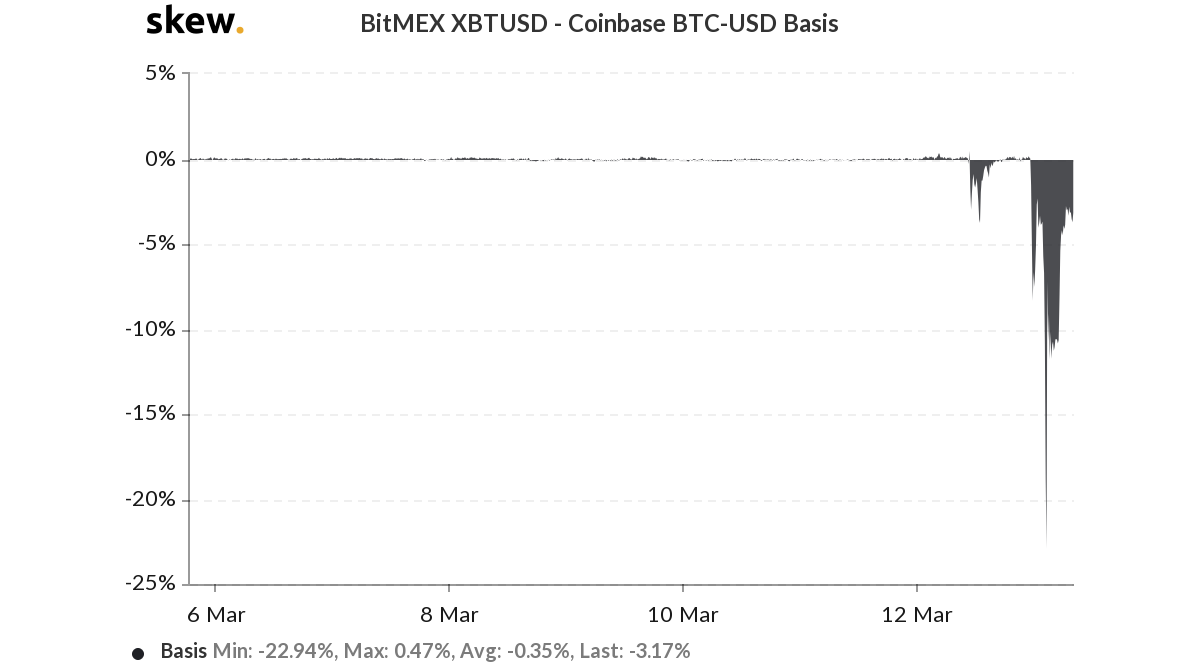 According to the data, the peak was formed at 02:32 am on 13 March. Looking into the Trading view charts of the two exchanges, it was found that BitMEX opened the candle at $4,150, whereas on Coinbase the opening price was $5,453.74. Similarly, a stark difference was noted in the high registered on BitMEX and Coinbase, with the former peaking at $4,322 and the latter reaching $5,750. 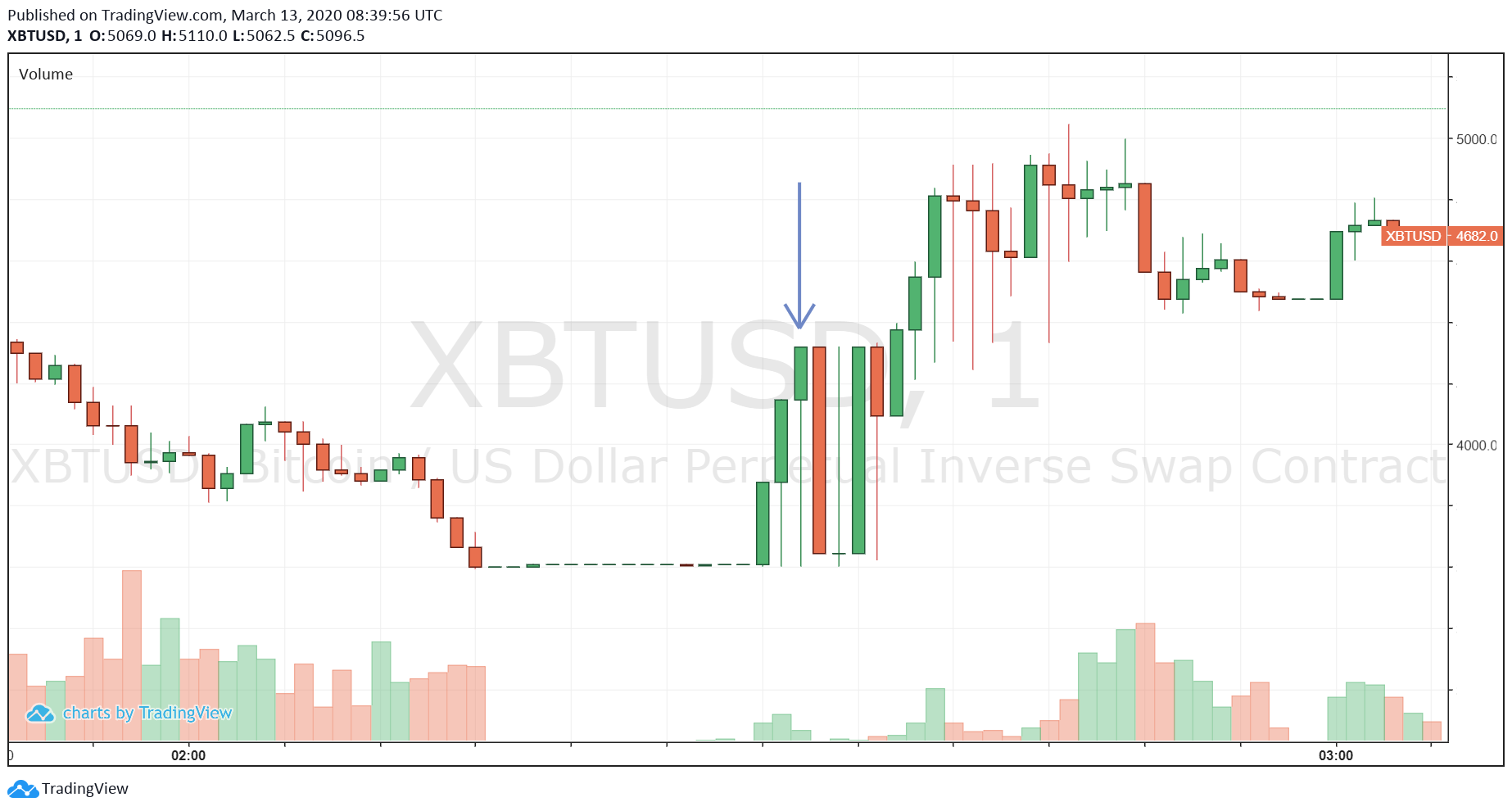