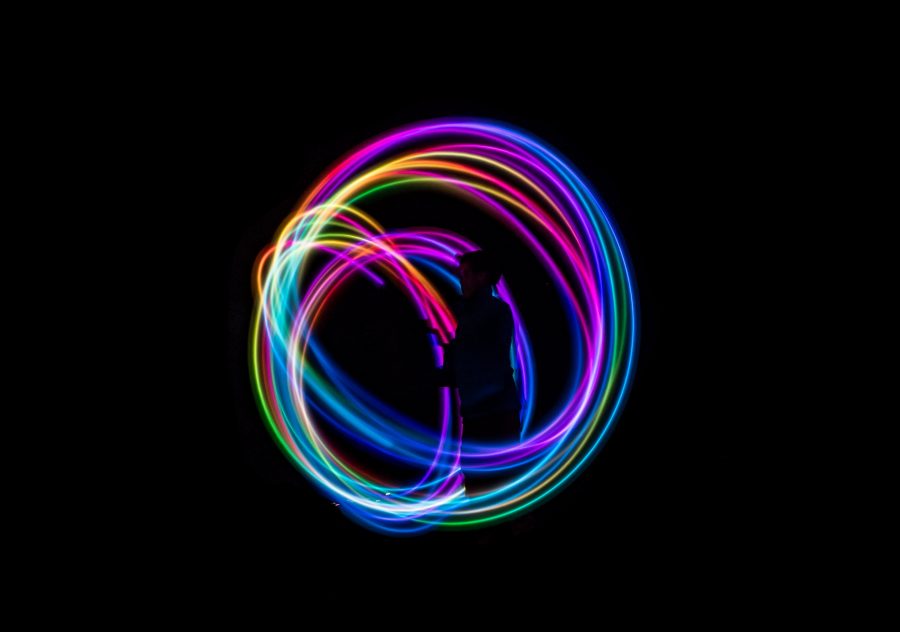 Hold your horses, the Bitcoin ETF might not be as big as it seems.

At the beginning of the year, cryptocurrency enthusiasts were hopeful. With 2018 ending on such a low, a pessimistic baseline was set. Hence, anything 2019 had to offer, was thought to be positive. Eight months into the year, proponents are elated with the price, developments and announcements, but the market is just getting started.

The king coin has already broken the five-figure mark, Bakkt has confirmed the launch of physically-delivered Bitcoin Futures contracts, and Donald Trump has finally tweeted about Bitcoin. What more could the industry want?

Back in 2013, the first Bitcoin ETF application was filed with the Securities and Exchange Commission [SEC] by the Winklevoss Investment Trust. Since then, a total of 9 applications have been filed with the regulatory body, and all have been either struck down or delayed. Now, as we approach the final deadline for the Bitcoin ETF frontrunners, Bitwise and VanEck, the crypto-community still mulls the prospect of a publicly-traded BTC investment product.

An exchange-traded fund [ETF] is merely an investment vehicle. It tracks the price of the underlying security or a basket of securities and can be bought or sold like a single stock. ETFs can be transacted through the trading hours of the day, unlike mutual funds which are priced at the close of the trading day.

ETFs mimic the equity market more than the mutual fund market, both in speculation and in structure. These funds are highly liquid, transactive, and niche to an industry, commodity or even an index.

Looking at ETFs from the perspective of Bitcoin, it is the perfect match for a risk-savvy investor. The ETF will allow for a marriage between the volatility of Bitcoin and the investment vehicle of an ETF which will thrive on that volatility. Institutional investors who plied their Bitcoin trade primarily via the futures contracts offered by the CBOE and the CME, and the Grayscale Bitcoin Investment Trust [GBTC] will now have an additional investment option.

Further, the Bitcoin ETF will also usher in a wave of retail crowd. To the uninitiated, Bitcoin is seen as an ‘internet coin,’ born out of the Dark Web which has seen skyrocketing gains and classified by many as a ‘missed opportunity.’ The technical complexities of Bitcoin can be done away with an investment product such as an ETF, particularly the hassle of storage.

The average investor will not have to concern themselves with private keys or cold storage and will not have to purchase a Ledger or a Trezor wallet to partake in BTC investment. Crypto-exchanges, some of which only allow BTC purchases via a stablecoin [USDT primarily], will also not have to be dealt with. Retail investors will play to the ‘fallacy of low expectations.’

Gabor Gurbacs, CEO of VanEck, summed up the hype regarding the Bitcoin ETF. He tweeted,

The hype for the Bitcoin ETF is further heightened by the regulated market in question. John Swolfs, CEO of InsideETFs, told AMBCrypto that the US market will give “more credibility to the asset class [Bitcoin] and put it on the map for more investors.” The Bitcoin market will definitely be buoyed by the approval of a SEC-regulated publicly traded fund. However, Swolfs is of the opinion that this will not have a “ripple effect” across other cryptocurrencies.

With 9 proposals submitted and shot down, the regulator emphasizes the inability of the crypto-market to safeguard itself from “fraud and manipulation.” In 2018, when the Bitcoin ETF application submitted by Cameron and Tyler Winklevoss was rejected, the SEC wrote,

“Although the Commission is disapproving this proposed rule change, the Commission emphasizes that its disapproval does not rest on an evaluation of whether bitcoin, or blockchain technology more generally, has utility or value as an innovation or an investment. Rather, the Commission is disapproving this proposed rule change because, as discussed in detail below, BZX has not met its burden under the Exchange Act and the Commission’s Rules of Practice to demonstrate that its proposal is consistent with the requirements of the Exchange Act Section 6(b)(5), in particular the requirement that its rules be designed to prevent fraudulent and manipulative acts and practices.”

‘Fraud and manipulation’ has been revisited by SEC members on isolated occasions as well. Chairman of the SEC, Jay Clayton, has called out ‘investor protection’ as the main reason as to why the regulator is on the fence regarding Bitcoin ETF. He added that he would feel “comfortable” about the retail investment product, if the claims of ‘market manipulation’ are put to rest.

In addition to ‘fraud and manipulation,’ the regulator has called out the Bitcoin market as being immature, and more specifically to the question of the ETF, has raised concerns with regard to custody. But, at this juncture in the market, the three pressing opposers to the Bitcoin ETF approval can be debated, albeit not dismissed immediately.

Regulators, not just the SEC, have voiced a slew of concerns regarding any publicly traded Bitcoin product. From custody problems to market manipulation, the cryptocurrency world has been riddled with faults, each fading with the introduction of a big name.

Take Lloyd’s of London for example. The insurance behemoth, back in August 2018, stepped into the crypto-insurance space, via Kingdom Trust, the digital assets custodian, which was almost acquired by BitGo. King Trust began providing insurance cover for cryptocurrencies underwritten by the Lloyds of London marketplace. Jerry Pluard, President of Safe Deposit Box Insurance Coverage [SDBIC], the broker responsible for Kingdom Trust’s cover, was quoted as stating,

“About 10 syndicates in Lloyd’s have indicated a willingness and are somewhat active in evaluating crypto exposures.”

Another big name to move into cryptocurrencies last year was Fidelity. In October 2018, the investment bank launched Fidelity Digital Assets, a crypto-dedicated arm with the intention of launching custody and trading solutions. Tom Jessop, the lead of Fidelity Digital Assets, had stated that there were “certain things” within the cryptocurrency space that a “firm like Fidelity could provide.” Jessop later confirmed that the firm was employing a “slow and steady” approach, adding that a BTC custody solution would be rolled out soon with a “few Wall Street firms as supporters.”

Other crypto mainstays like Coinbase and Gemini have already jumped on the custody bandwagon, in order to lure institutional big names. Many institutions themselves, like Goldman Sachs and Northern Trust, are increasingly moving towards the possibility of offering custody solutions.

Immaturity of the market:

Often seen as a rogue market, cryptocurrency markets have gained an air of legitimacy over the past few years. Since the introduction of Bitcoin Futures by the CBOE and CME, not just the price, but the reputation of crypto has been skyrocketing. From the spread decreasing to the introduction of institutional market makers, even crypto-lobbying is gaining momentum.

Initially, the cryptocurrency market was increasingly geared towards Asia, China in particular. But because of the anti-crypto turn of the Chinese government coupled with crypto-advancements worldwide, the decentralized currency space is no longer dominated by the Big 3 Chinese exchanges; OKCoin, BTCC, and Huobi.

Following the PBoC’s crackdown in early 2017, the global trading volume shifted from the Chinese yuan [CNY] to accommodate the US dollar [USD] and the Japanese yen [JPY]. Since then, other top fiat currencies like the Korean won [KRW], and the Euro [EUR] have been used in trading as well.

From an institutional point of view, big banks are bullish on cryptocurrencies. JP Morgan for instance, u-turned at the beginning of this year and unveiled an internal settlement coin: JPM Coin, after engaging in years of Bitcoin bashing. Fidelity with Fidelity Digital Assets has legitimized the institutional crypto-foray. Goldman Sachs was close to launching a cryptocurrency-dedicated trading desk in August 2018 and even hinted at a possible JPM-esque cryptocurrency. TD Ameritrade and the Intercontinental Exchange [ICE] have also signaled their interest in digital assets with the latter’s platform Bakkt going live with physically-settled BTC Futures in September 2019.

Coin diversity in the market is gathering steam too. Bitcoin, despite holding a market dominance of over 70%, is not alone. In the elite, top coins like Ether, Litecoin, Bitcoin Cash, and Binance Coin have been making headway, both in price and in adoption. Further down the ladder, Monero and Zcash have carved a niche for themselves as ‘privacy coins,’ while the DApp crowd has been moving towards Ethereum, Tron, and EOS. Cardano has been penning deals with governments for blockchain promotion, while banks have been moving the way of Ripple’s XRP and Stellar Lumens.

Another key concern voiced by the SEC is market manipulation. Coordinated trade practices are meant to surge volume on exchanges by the likes of pumps and dumps, wash trading, spoofing and order-book manipulation, methods which aim to trick investors and funnel funds. Legitimate cryptocurrency exchanges have also voiced their concerns over other nefarious exchanges engaging in this practice and ‘spoiling the bunch,’ so to speak.

Some exchange executives are of the opinion that in-house correction of faulty trade software should be employed, rather than waiting for external pressure. Further, investors should be educated on the topic to ensure that they do not divulge their funds into fraudulent schemes. The importance of KYC measures, in this context, cannot be overstated as well. Binance, the largest crypto-exchange in the world, partnered with IdentityMind to ensure KYC adherence, while ofter exchanges like OKEx have employed 24/7 trade surveillance systems.

The applicants themselves have attested to this manipulation, but are employing measure to thwart the same. In March 2019, Bitwise Asset Management published a 227-page report for the SEC, in which they stated that 95 percent of exchange volume is “fake or non-economic” in nature. However, their proposed Bitcoin ETF will draw from the BTC price as listed on 10 crypto-exchanges which represent “substantially all of the trading volume in the spot bitcoin market.” The Bitcoin price on Binance, Bitfinex, Kraken, Bitstamp, Coinbase Pro, bitFlyer, Gemini, itBit, Bittrex, and Poloniex will be used to calculate the Net Asset Value [NAV].

Bitwise also argued the formality for the market. Arbitrage on exchanges has dropped from a price deviation of 0.7 percent [December 2017] to less than 0.1 percent [March 2019]. Jane Street, a leading ETF market maker, entered the cryptocurrency market in March 2019, while Flow Traders, a European market maker, entered the Swedish BTC ETN market in July 2018 and signaled a structured movement for the institutional crypto-market.

The second part will look at the immediate effect and the long term impact, both in price and in principle, of the Bitcoin ETF.

Bitcoin ETF approval will bring the Glamour, but not the Glow: Explainer Part 2