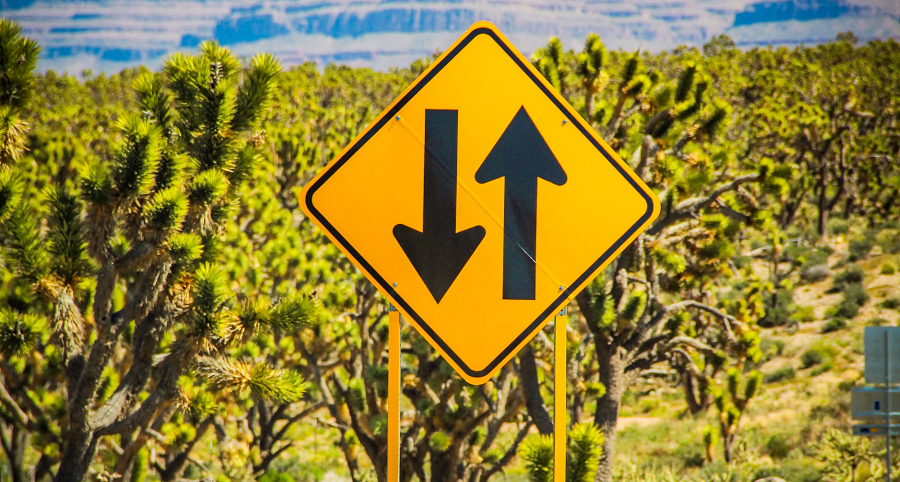 Bitcoin difficulty and hash rate are two important factors that determine network health and also the state of miners. According to CoinMetric’s estimates, the difficulty will hit a new all-time high of 15 trillion in four days.

In a recent tweet, CoinMetrics mentioned that there would be an ~8% increase in Bitcoin’s difficulty making it reach a new ATH. However, the reason behind this rise in difficulty would be due to the hash rate of Bitcoin. The hash rate of Bitcoin can be thought of as the lifeline of the network; it symbolizes the strength and security of the network.

At press time, Bitcoin’s difficulty stood at 13.79 trillion, whereas the hash rate was 106.4 EH/s. According to the tweet, the difficulty is predicted to rise by approximate ~8.77 % in over four days to hit a new ATH. 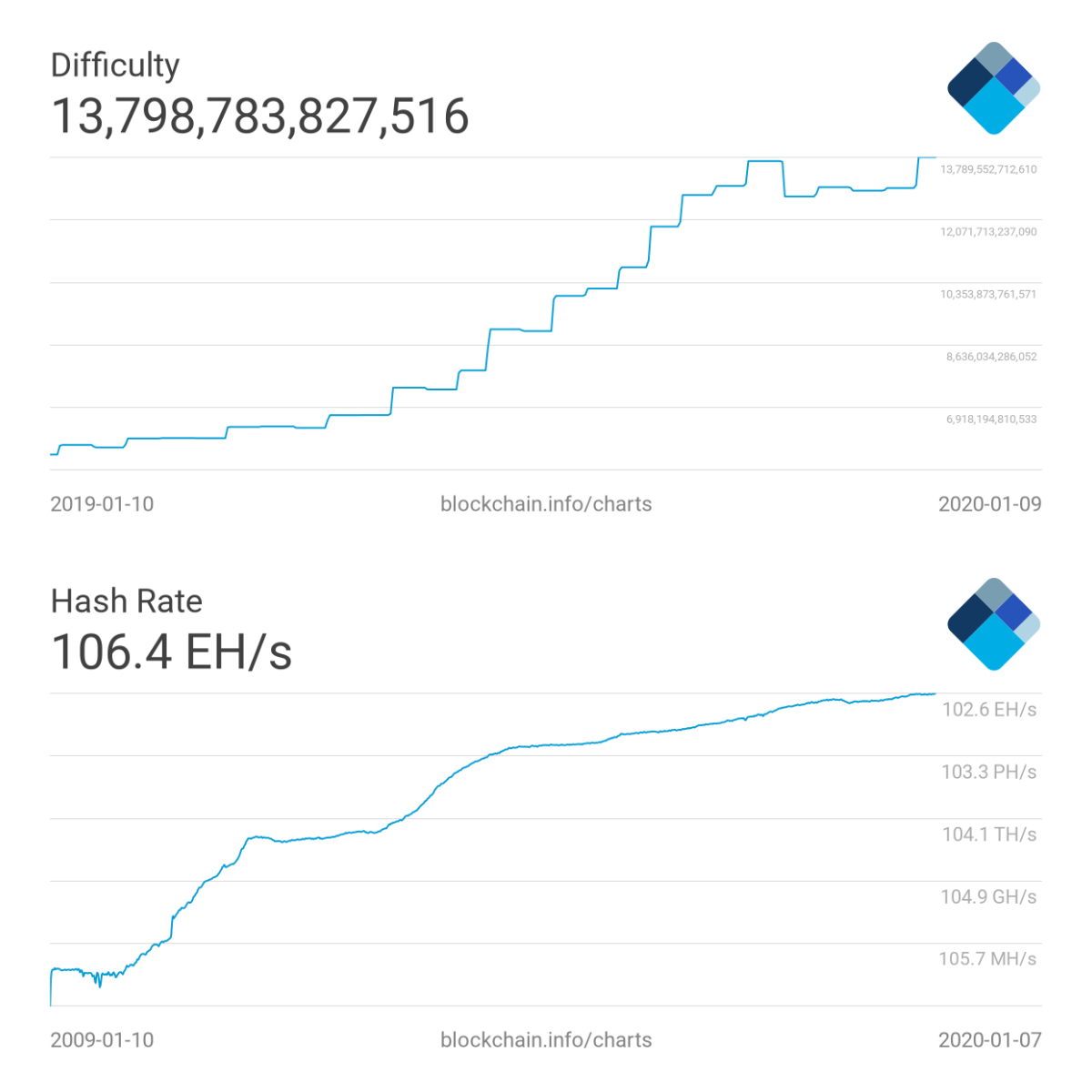 The reason for this staggering rise in difficulty, according to CoinMetrics, is the hash rate; which has remained at a higher level since the start of 2020. More precisely, the difficulty would rise due “to the implied hash rate of Bitcoin maintaining ATH levels since Jan 1”, as seen in the image below. 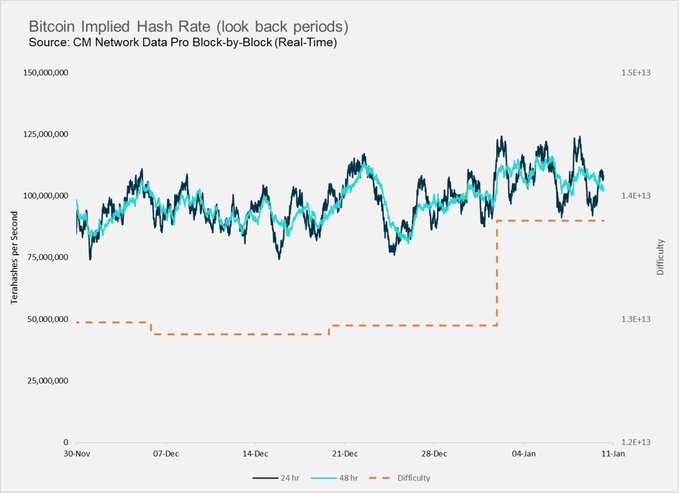 The rumors on Crypto Twitter indicate the hash rate’s sideways movement was due to the hash war going on between the U.S. and China. Chinese miners were allegedly keeping the hash rate high; this was to push out the U.S. and the European miners due to higher electricity costs and collapsing Bitcoin prices in the west. However, if the prediction by CoinMetrics plays out, U.S. and European miners will have a hard time keeping up with their eastern counterparts. Especially with the halving approaching, the mining reward will be halved to 6.25 BTC instead of 12.5 BTC. This will make it even harder to keep up with the Chinese miners.