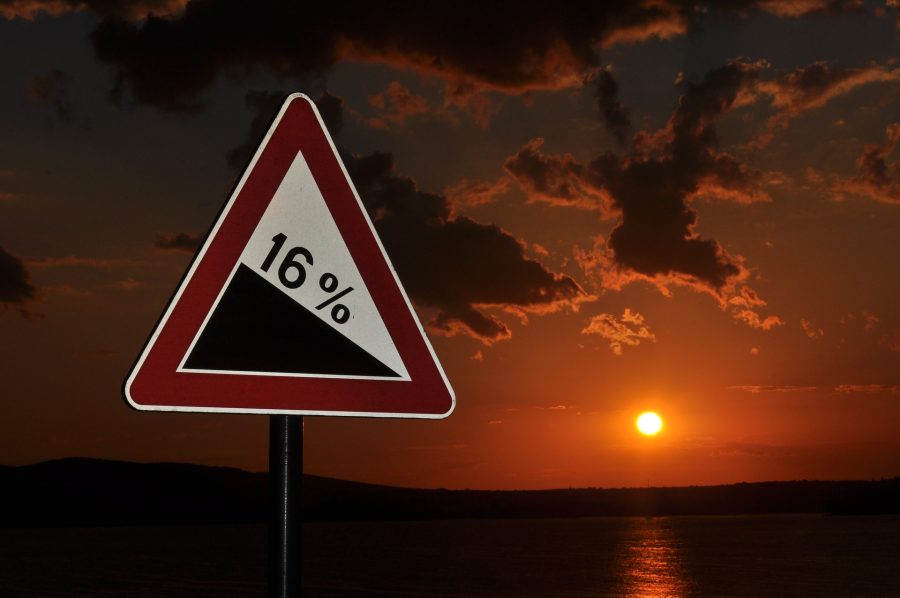 The last three months have been disappointing for the Bitcoin derivatives market.

Bitcoin‘s valuation peaked on 26th June, which marked the last week of Bitcoin’s bull run this year. Market sentiment was still bullish the following month after the April-June phase left a sense of optimism for another surge. This major surge failed to take place and BTC‘s price has fallen by over 40 percent since hitting $13,800. The decreasing price has had a direct impact on the derivatives trade. 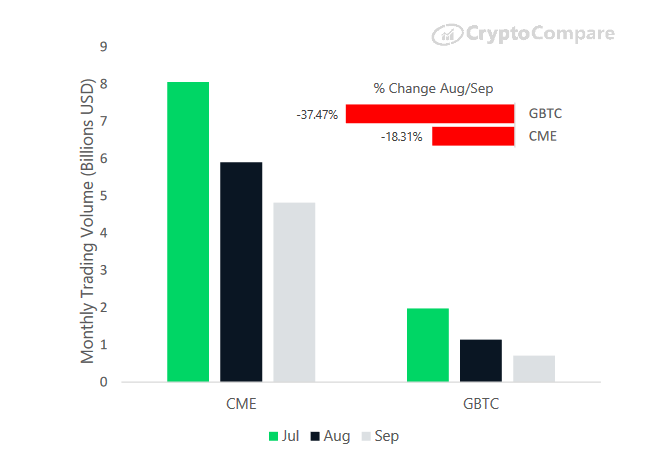 According to a recent Crypto Compare report, institutional bitcoin product’s volume had witnessed consistent decreasing trade volume since July. CME BTC futures and GBTC of Grayscale had decreased to $4.8 billion [18.3 percent] and $713 million [37.5 percent] from August to September, respectively. 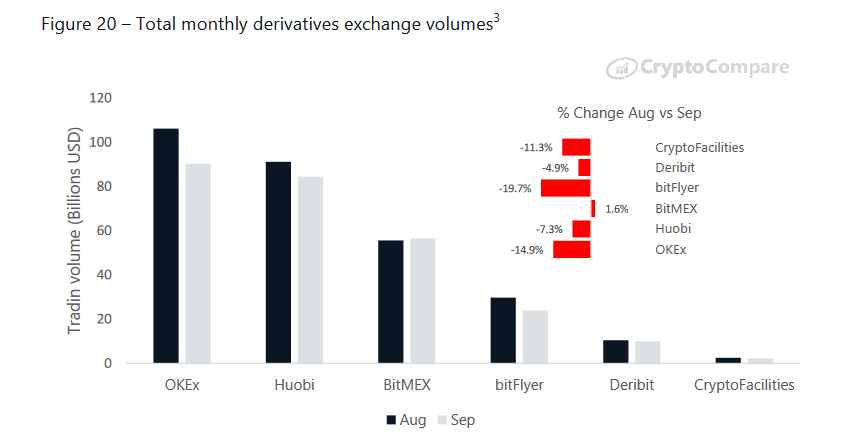 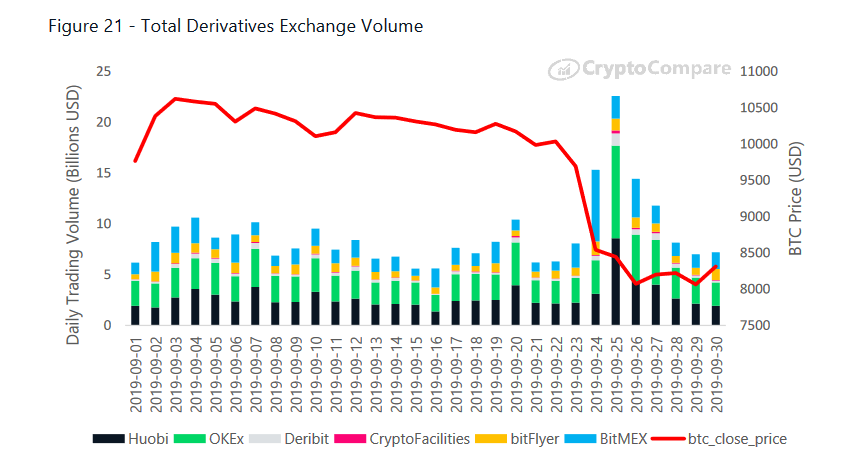 Over the month of September, the trading volume across the exchanges has been lukewarm but on 25th September, there was a major spike. Bitcoin’s price had witnessed a major fall on the day before, which exhibited major trade activity on Huobi and OKEx but the traffic subsided the next few days.

Previously, it was reported that CME’s Bitcoin futures had reported that a 50 percent drop in open interest and volume for the last 4 months. Open interest in Bitcoin was valued at over $350 million in July, whereas it was worth around $150 million at the end of September.