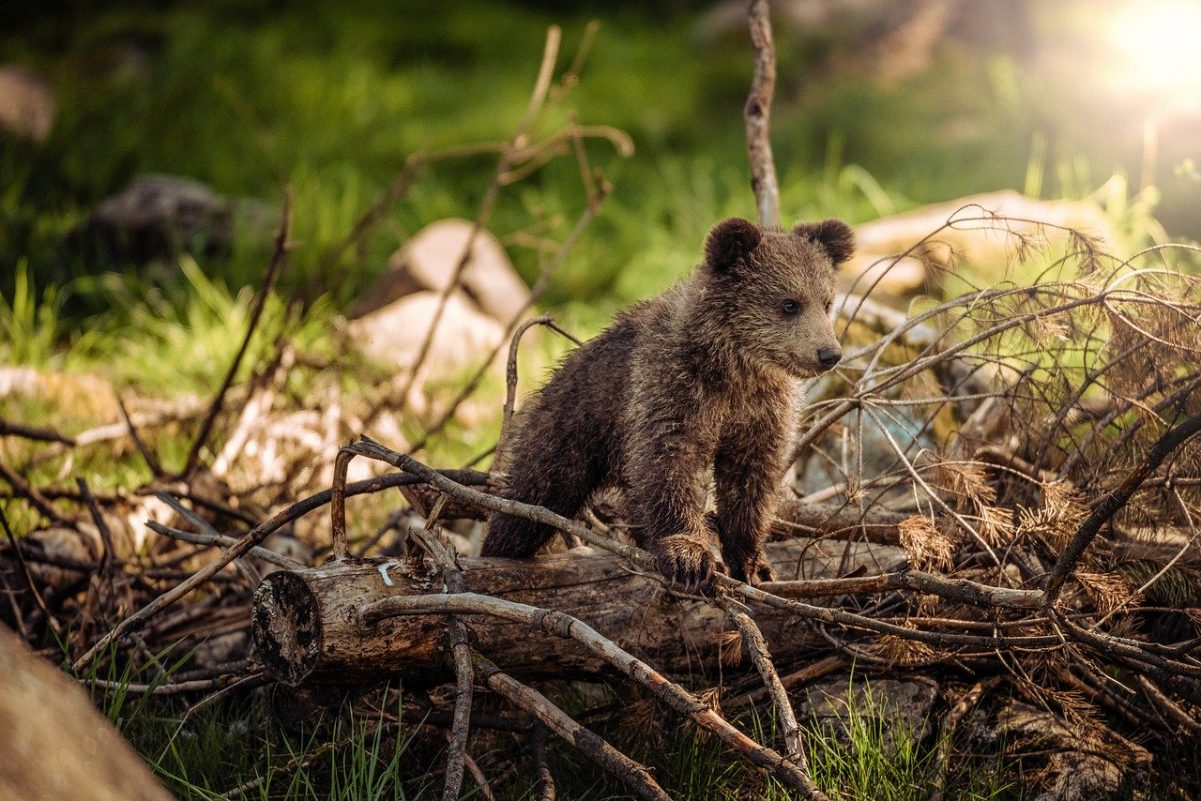 Bitcoin showed signs of bearishness on its charts as the market’s bulls lacked the strength to push the price past $11,000. Taking the lead of the world’s largest cryptocurrency, BitTorrent’s price slid lower down the charts as Maker too noted sharp fall in price as its downtrend persisted. 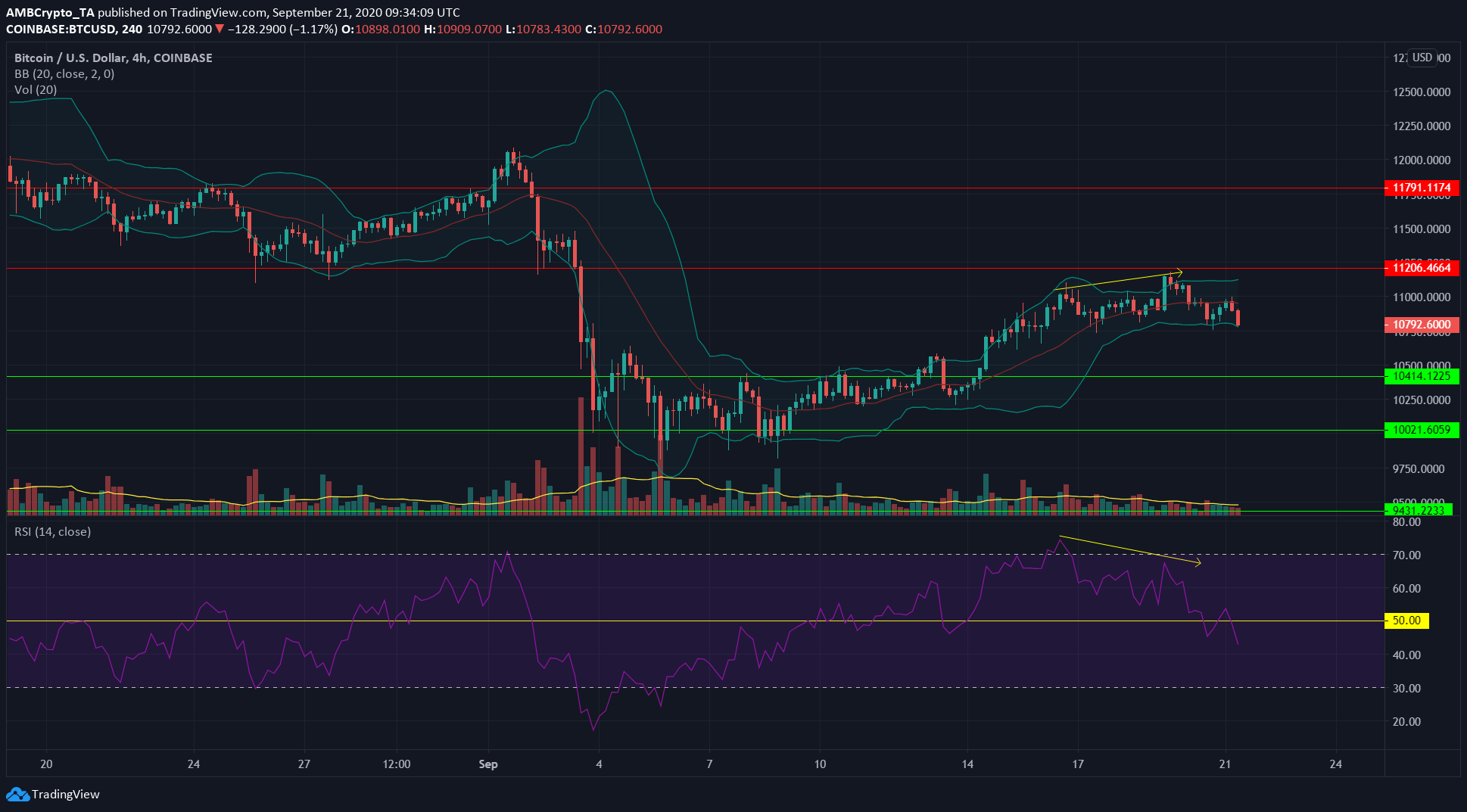 Bitcoin’s bulls fought hard to reclaim the $11,000-mark, but they failed, and BTC looked like it had lost all steam to push the price north any further, at the time of writing.

The Bollinger Bands were observed to be stable for the past few days. While not tight, the volatility of the crypto-asset was comparatively low. At the time of writing, BTC’s price was moving towards the lower band while the mouth of the bands also appeared to be expanding.

Bitcoin was also noting decreasing trading volume over the past couple of weeks, indicating that a surge is quite unlikely.

A bearish divergence was also seen on the chart, with the momentum indicator (RSI) making lower highs while the price made higher highs. At the time of writing, the RSI stood at 43. The failure to defend the neutral 50-zone is a sign that the uptrend from $10,000 could be exhausted.

It looked likely that BTC would drop toward $10,400 once more in the coming days.

In related news, the debate about whether Bitcoin is on Ethereum raged on, but the last word has not yet been said on the topic. 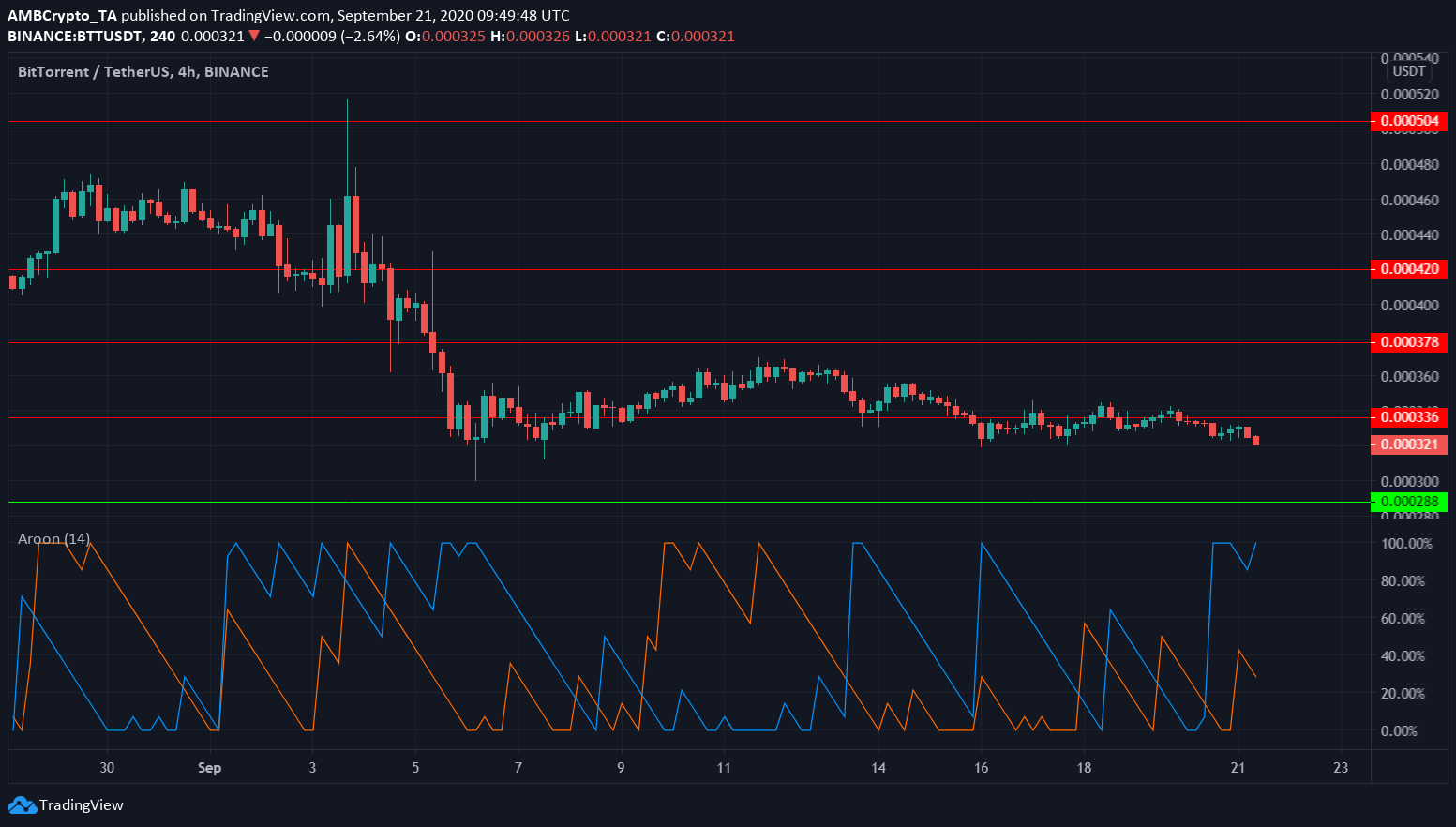 As shown by the Aroon Indicator, the trend has been moving south over the past week, with brief periods of choppiness seen too. In fact, BTT slowly slid beneath its own zone of support, with the crypto likely to drop even further.

A majority of the altcoins, including BTT, have seen red since early-September, and it is likely that many, including BTT, will continue to drop in value over the coming days.

BitTorrent, ranked 51st on CoinMarketCap, had a market capitalization of $316 million. 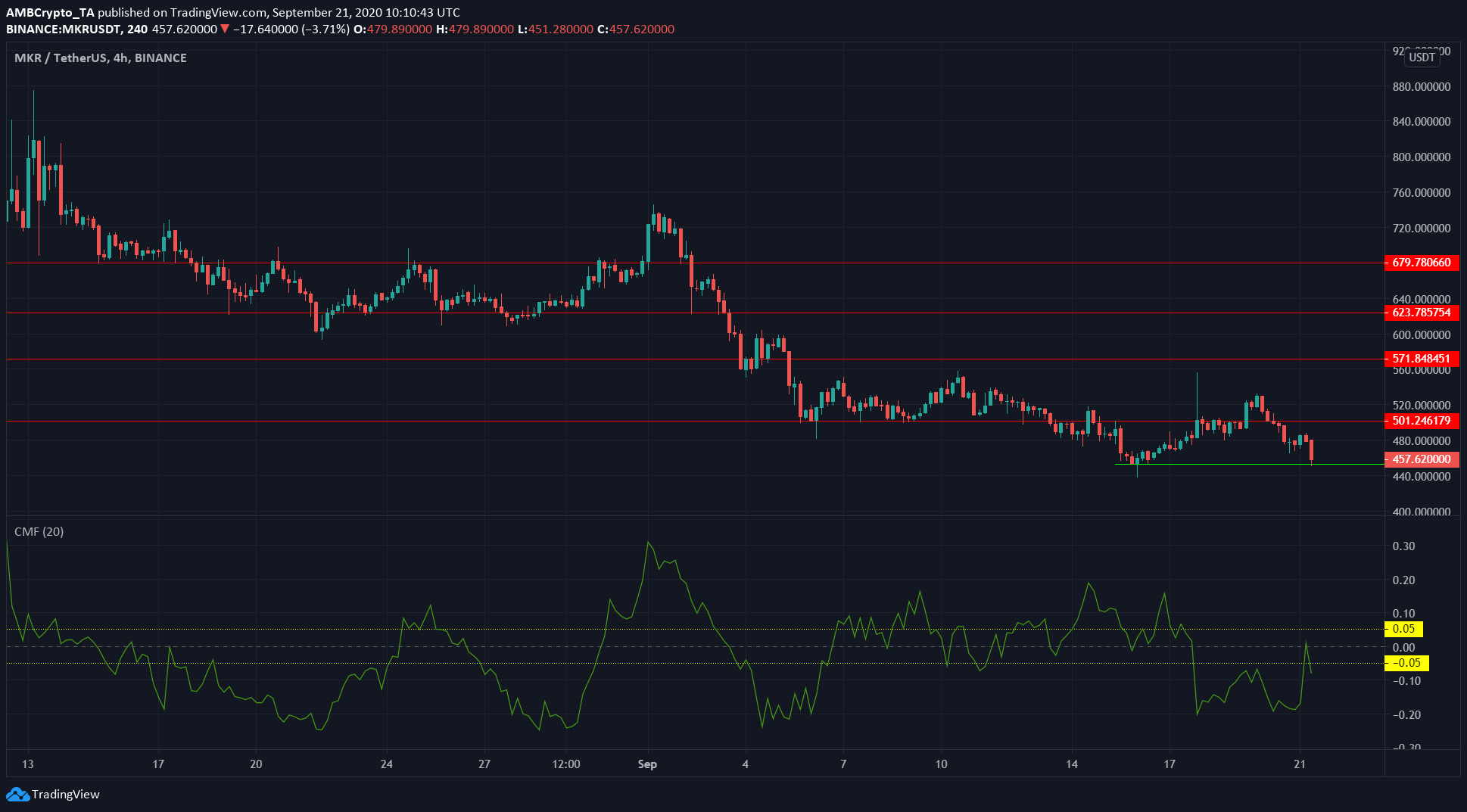 The Chaikin Money Flow showed that the bears were dominant in the market. The negative value on the indicator highlighted capital flowing out of the market in the face of heavy selling pressure.